At the moment when our guide disappeared in the dense forest, I saw a gibbon standing at the foot of a tree. In the following seconds, I held my breath and felt the sweat dripping.

“Suddenly some shadows popped up to the sky, and I turned the 400mm lens in the direction and caught a rare picture of the animals.”

It is a narration by Norwegian photographer Roy Mangersnes in his publication of the memory of a photo expedition around the Tongbiguan Nature Reserve in China’s Yunnan Province in May.

The gibbon with white eyebrow shown in Mangersnes’ works is a unique endangered wild animal in China, which has just been officially named Sky Walker Gibbon in 2017, said Yin Feng, director of the Department of Science Popularization at China Wildlife Conservation Association.

Mangersnes spent several days in the Tongbiguan Nature Reserve and saw the Sky Walkers twice, and every time he had only two or three minutes to take photos of them.

The rare experience was shared by Swedish photographer Staffan Widstrand, who participated in a joint project touring China in 2015 and 2016. Once he went through the hardships to reach a place at an altitude of 5,000 meters on the Qinghai-Tibet Plateau, and took pictures of Pallas’ cats with a long shot, making the cute animal to become an online star in China.

A good photo comes from not only personal effort of a photographer but also the governmental and public support in protecting the wildlife. “All this is a major, positive step for nature conservation in China,” Widstrand said.

“All the bigger wildlife, and a lot of the smaller, were earlier heavily hunted, but now both hunting and rifles are generally banned in most of China, these species are protected by law and a number of huge nature reserves have been created. This has been so successful that many of the protected species now seem to begin to thrive also outside the protected areas,” he added. 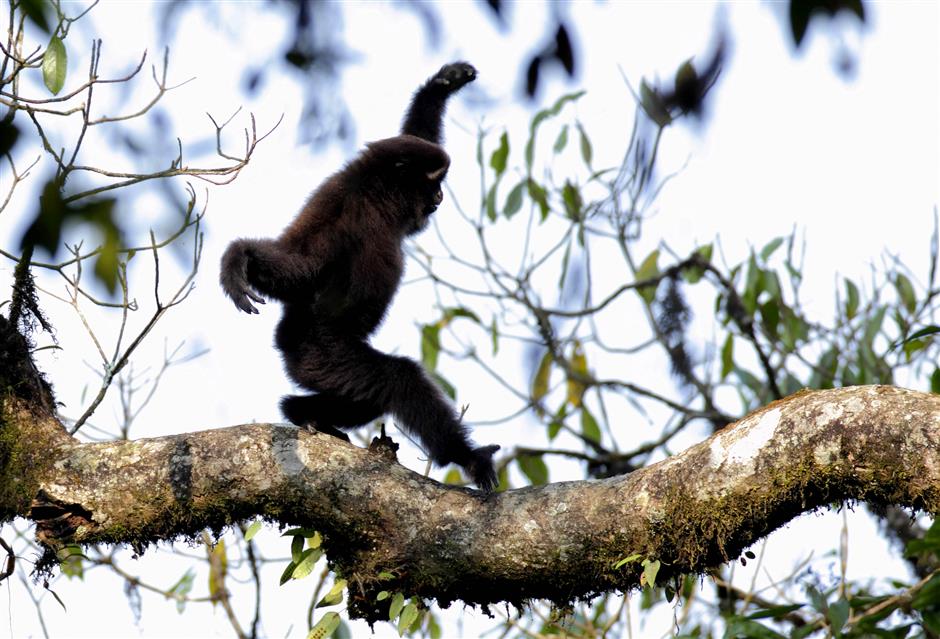 After years of efforts, populations of the critically endangered species, such as giant panda, crested ibis, Chinese crocodile and Tibetan antelope, are increasing steadily, according to Yin.

The number of wild giant panda reached 1,864 by the end of 2013, increasing by 268 from the previous investigation years before. The habitation areas of giant pandas also significantly increased by 11.8 percent.

To promote the protection of Chinese wildlife, Chinese photographer Xie Jianguo initiated a project named “the Natural Images of China,” through which he has invited international outstanding photographers including Mangersnes and Widstrand to visit wildlife habitats in China. The project has been supported by governmental institutions.

According to Xie, many foreign photographers have been amazed by the variety of wild animals in China.

“China not only has giant pandas” is a common reaction.

Yin noted that photography is an important means for people to know wild animals. The lately discovered Nujiang golden monkey, white cheek monkey among others were found just through photographing.