Xuhui District’s initiative to integrate and promote art within the commercial community has been hailed as an overwhelming success.

“Hosting an art exhibition in a commercial venue or using a shopping mall as an art space has become a trend,” said Fu Xiao, deputy director of Xuhui District Culture Bureau. “Since we initiated the ‘Art in Stores’ project to create an artistic atmosphere in the Xujiahui commercial circle this May, a total of 50,000 people have participated in some 90 art events in the shopping malls of Xujiahui.”

To differentiate the art programs from each other within the Xujiahui area, Fu said she and her team had visited every store and worked out an integrated plan for each boutique or emporium according to their distinctive features and sources.

“We are trying to provide a variety of art forms for our customers and to foster a unique consumer culture for each store in the circle,” said Fu.

For example, the classic Kunqu Opera “The Palace of Eternal Youth” was presented at the Metro City to arouse customers’ interest in traditional culture. And the Grand Gateway 66 introduced the International Choral Festival to promote global understanding, friendship and goodwill.

Guangqi City, named after Xu Guangqi, a Ming Dynasty (1644-1911) scholar and scientist who translated and introduced Western science books to China between the 16th and 17th centuries, has long been a go-to place among children for after-class activities. A science lab was set up here, where fun events including guided experiments on fireworks, lectures on astronomy and interactive performances have been held.

Buynow, an electronics store for young people, has launched an annual Reading Marathon, aiming to encourage reading among the youth.

Zhang Jiqian, business manager of Oriental Department Store, said: “Nowadays, young people born in the 1980s and 1990s have become the major consumers. They look for fun, originality as well as entertainment while shopping in the stores.

“Though the Oriental Department Store doesn’t have much open space available for public events like some of the new modern shopping malls, we do have corners for indoor exhibitions, workshops and live performances, which turn out to be a very nice way to enhance customers’ shopping experience.”

In the past six months, the Xujiahui commercial circle has fully embraced the cultural idea. Almost every week, there is a new exhibition, a performance or a reading event going on.

The artworks and cultural activities not only help attract more customers, but also boost the transformation of traditional department stores from a closed commercial venue to a more open and interesting space for cultural exchange.

“Through this Art in Stores project, we hope Xuhui is contributing an important part to the city’s art and cultural development,” Zhang said. 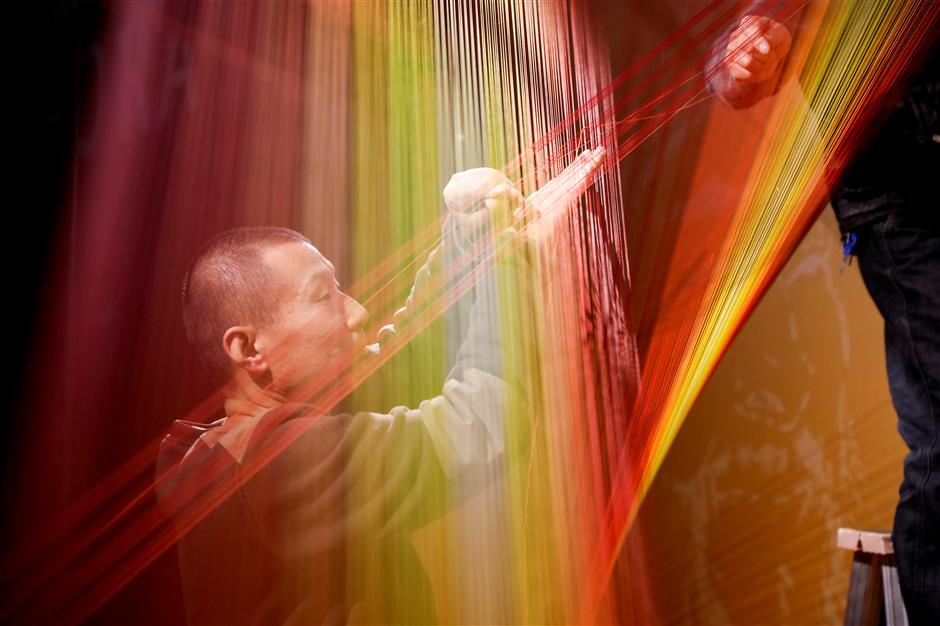 Special Reports
ADVERTISEMENT
61799
,
Guide for overseas Chinese students during COVID-19 pandemic
A cemetery that celebrates life and death
Nile threatened by waste, warming, dam
Enchanting abode in idyllic tranquility
Connecting nature, culture and people with design
Fancy footwork: An embroiderer finds her niche
How overseas Shanghainese go through outbreak
Counseling eases psychological toll of outbreak
'Support troops' guard the doors to the city
A guardian of the light ... and of hope for Wuhan
EXPLORE SHINE