Finding rhythms of life in the sound of silence 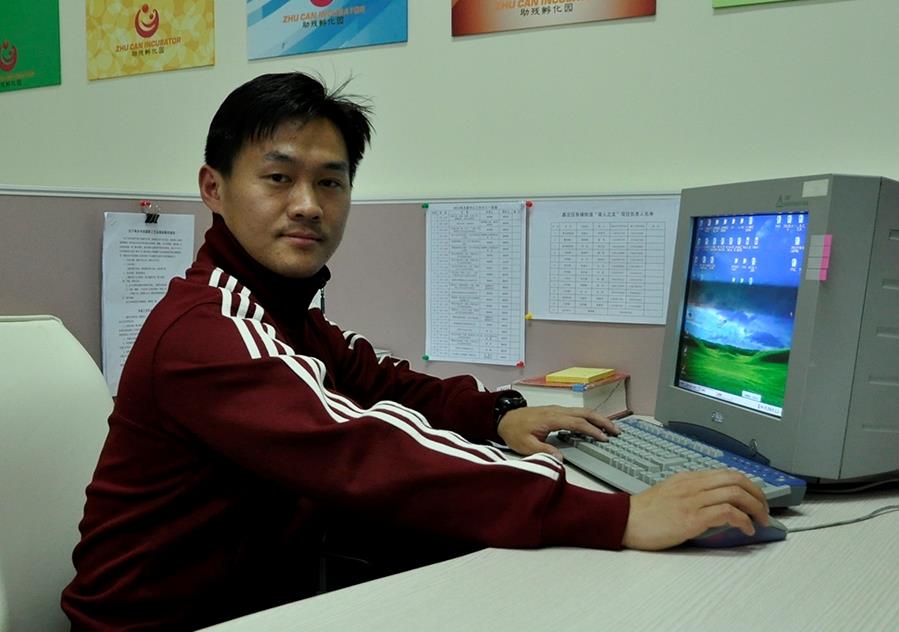 Lu Yi now works at the Jiading Disabled Persons Care Center to explore other avenues to help the disabled.

One of those dancers, Lu Yi, now devotes his time to helping other deaf people in suburban Shanghai’s Jiading District where he was born and grew up. He was recently named one of the city’s 10 “charity icons” by the Shanghai Civil Affairs Bureau.

Shanghai Daily met Lu at the Jiading Disabled Persons Care Center and talked to him about his life and charity work with the help of a sign-language interpreter.

Lu was not born deaf. When he was about one year old, he suffered a high fever. After receiving an injection of some sort, he fell permanently into a world of silence.

Lu’s parents were devastated but vowed to raise their son to be as ordinary as possible.

Indeed, until he was seven, little Lu didn’t fully realize that he was different from neighborhood friends. Then he began to feel the isolation.

His father tried to reassure him as much as possible and encourage Lu to get absorbed in things that interested him.

Dancing. Lu watched a lot of TV. He was mesmerized by dance performances he saw and tried to emulate the movements. When he enrolled at the Chengjia School for the deaf, a teacher found that he could do perfect back flips, which was rare for a child his age. The teacher recruited Lu for a school dance troupe she was in the process of forming.

He turned out to be one of the hardest working members of the group. A performance where he was lead dancer won second prize in a talent contest for disabled persons. For the first time, Lu says he felt dignity in his life.

Lu’s family wasn’t convinced that dancing would provide him a paying vocation, so they enrolled him in the Shanghai No. 1 School for the Deaf and Mute, where he chose cooking as his major.

For the next five years, there was no dancing in Lu’s life. After his graduation, his parents bought a small eatery for him, but the business wasn’t good and soon closed. Lu had reached a crossroads in his life. He was confused about what to do next. He couldn’t find any opportunities in either dancing or cooking.

His “white knight” was a former teacher with the No. 1 school, who called on him one day and asked him to join a dance team she was preparing for a national competition. Lu agreed without hesitation. He started training from scratch and went on to win two prizes in the contest. That settled his indecision. He took up the path of dancing. 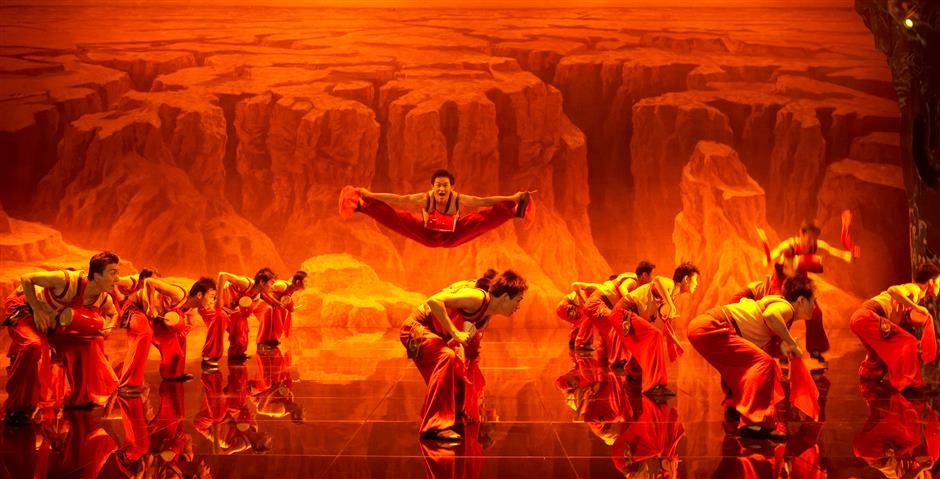 Although he's neither tall nor particularly muscular, Lu Yi's body strength carries him through any dance role. 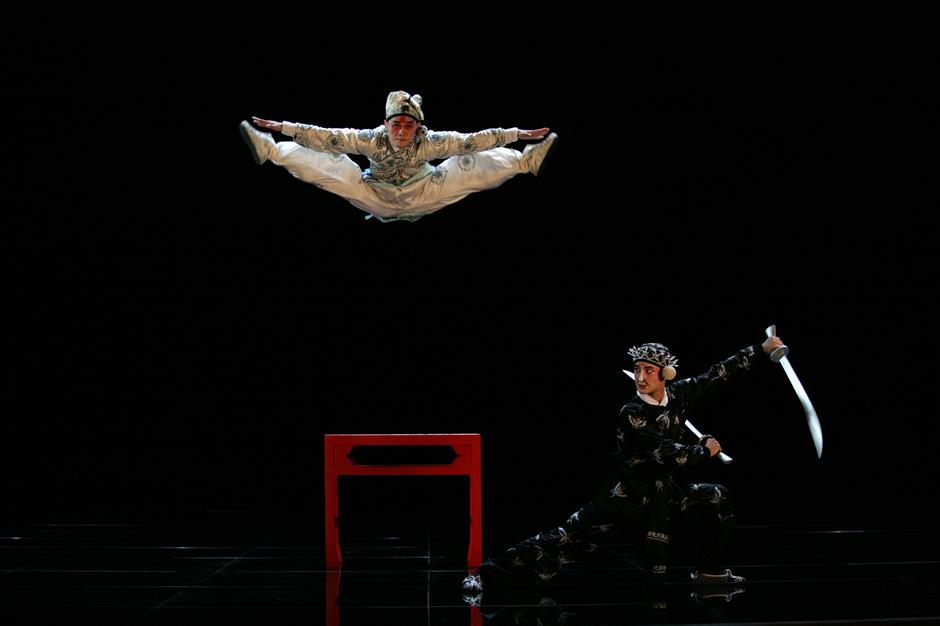 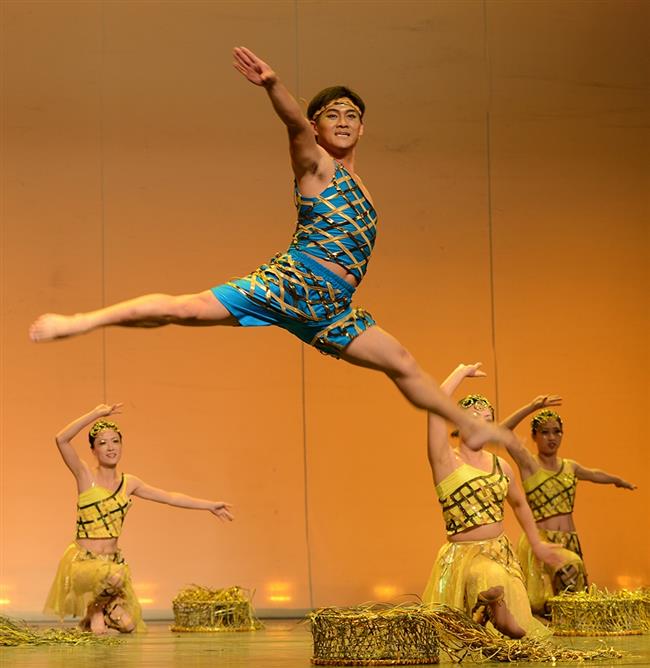 He was neither tall nor muscular, but his body contained great strength that he could marshal to portray any dance role, including women’s roles like the one in the dance “Thousand-Hand Kwan-yin” that was performed in the 2005 Spring Festival gala.

“Thousand-Hand Kwan-yin” was actually choreographed for the closing ceremony of the 2004 Paralympic Games in Athens. With that dance, Lu reached the peak of his career, and his troupe toured the world to great accolades.

Dancing also ushered in a love life. After years of dating, Lu married Wang Zheng, a member of the art troupe 10 years his junior. Both gave great support to each other, including the time when Lu seriously injured himself in a practice session.

He retired from the dance troupe in 2012 and began working as a staff member at the Jiading Disabled Persons Care Center. Determined to draw on his own experience to help others, Lu formed a dance group at the center composed of about 10 deaf mothers.

The dancers he taught were not particularly young, nor did they have past training in dance. But what they lacked in skills they made up for in persistence, including half-day practice sessions every day.

Deaf dancers have to learn all the rhythms of the music by heart, and during a performance, they have to closely watch the conductor’s instructions out of the corner of their eyes.

Lu feared that some in his troupe would get discouraged and quit, but none did. The group went on to do public performances and once won first prize in a talent contest in Shanghai.

He says he hopes the shows will encourage disabled persons to take up creative endeavors and will educate the general public about the need to provide more opportunities for the hearing impaired.

Lu, now 38, thinks he may be getting too old to continue dancing for much longer. He is exploring other avenues to help the disabled, including organizing regular activities for the deaf.

One such event is a parent-child bonding experience. Many deaf parents have healthy children, but they can’t teach them to speak. The bonding sessions teach the children sign language as well as songs and poems to improve their speaking ability.

There are now about 1,800 deaf people living in Jiading. According to Lu, the biggest challenge they face is still communicating with other people. Most public services in China don’t provide enough sign language interpretation, leaving the deaf to have to communicate by writing, a laborious process.

Lu is hoping, step by step, all that will change for the better. 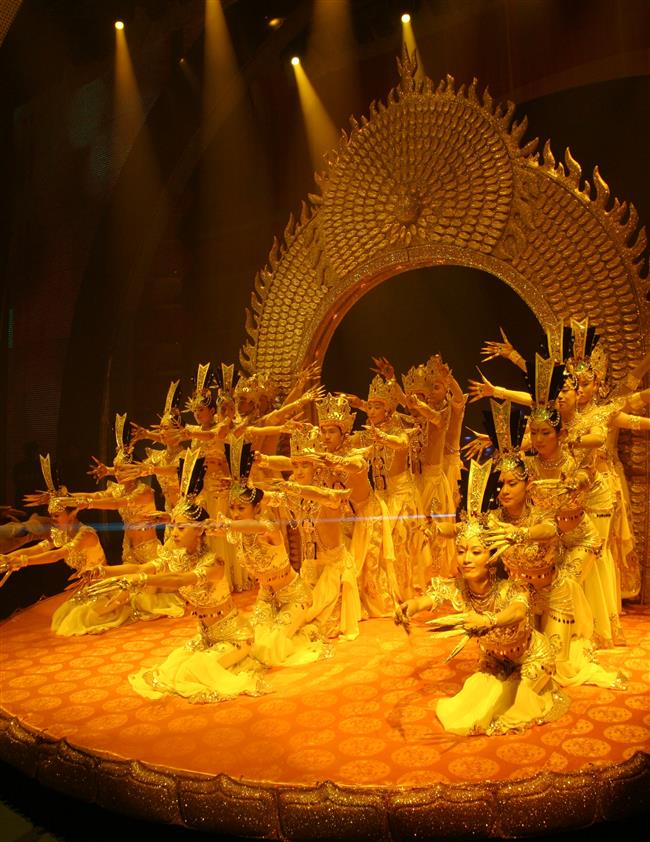