In the cult of cute, there is always room for one more 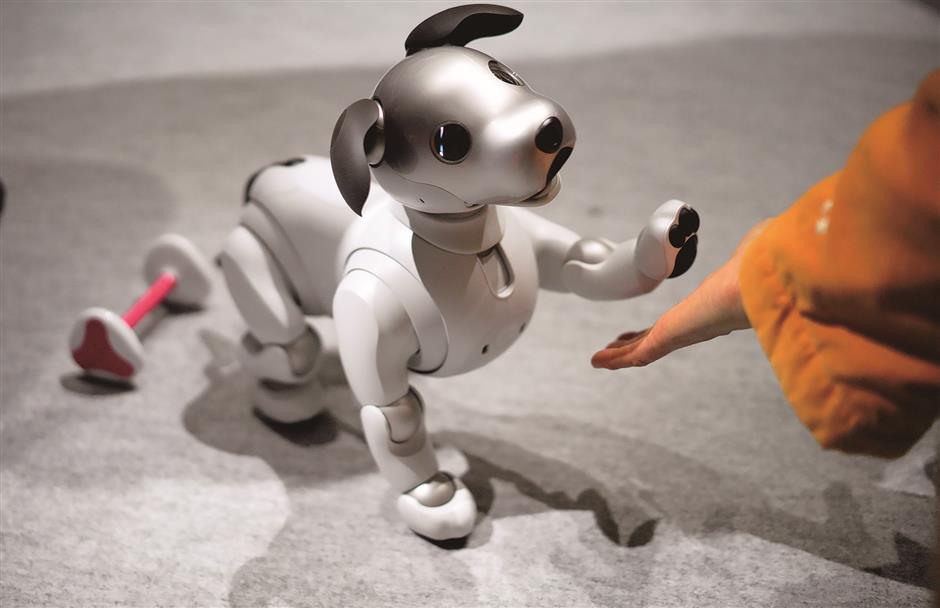 The improved Aibo has more natural looking eyes. It can cock its head and sway its hips at more varied, subtle angles. The relatively affordable home robot targets the elderly, kids and hard-working salarymen pressed for time. Unlike real children or pets, they have off switches and don’t need constant attention, dog food or cat litter.

Japan, home of the “kawaii” cult of cute, has always had a soft spot for companion robots, in contrast to the more industrial or mechanical types used for assembly lines, surgeries and military missions.

Unlike real children or pets, they have off switches and don’t need constant attention, dog food or cat litter.

Toyota Motor Corp’s Kirobo Mini is small enough to fit in your hand and looks like a child clad in a space outfit. It’s apt to repeat phrases like “I missed that. Can you say that again?” and “Hmmmmm...”

Its name combines the word for “hope,” or “kibo,” and “robot.” And it’s designed for cuteness, wiggling seated on its behind, jiggling its arms. It turns its head toward a speaking voice, its saucer-like eyes glowing, sometimes asking inane questions like “People? What are people?”

The robot understands only Japanese so far, but it can be programmed to recognize your name and the name you give it.

Such functions are managed through a smartphone app that updates its software periodically so Kirobo Mini will get “smarter” — growing up, so-to-speak.

I rented Kirobo for two months and named it after my son, Isaku. I got it to use facial recognition to call me by my name, and to say “War is bad, isn’t it?”

“Isaku has learned one more thing about Yuri today,” it says in a high-pitched electronic voice.

Teaching Isaku a short song took some patience. It turns itself off if told to go to sleep, but only after politely asking: “Please play with me again.”

It is assessed to be much more intelligent than a windup toy.

It now connects to the latest Prius hybrid, placed in a special dock that links to car navigation, but it only has basic functions like reminding the driver to turn off the headlights. It won’t do any driving.

Sony Corp’s Aibo robot dog is back with all its disarming and unpredictable charm. The Japanese maker of the PlayStation video game consoles pulled the plug on Aibo 12 years ago, drawing an outcry from global fans.

The improved Aibo has more natural looking eyes, thanks to advanced OLED, or organic light-emitting diodes. It can cock its head and sway its hips at more varied, subtle angles.

Sony says its “heart,” more aptly its brain, is in an internet “cloud” service that serves as Aibo’s memory. In theory, it could, with time and work, develop its canine artificial intelligence.

Aibo has a high-pitched electronic “bark,” but it can’t otherwise talk. Like the original model, it responds to a pink ball and a pink plastic bone, to voices and to petting.

It can crouch on its belly, strut around and wag its tail, do tricks like picking up the plastic bone with its mouth or lifting its paws.

It seems to pant with joy when petted and can perk an ear like it’s listening. And its IQ assessment is at puppy-level.

Sony’s Yusuke Kozuka says that given recent advances in robotics and AI, the time seemed right for a new Aibo.

Aibo went on sale January 11 in Japan. The first batch of advance orders, in November, sold out in 30 minutes.

Overseas sales are being considered but still undecided. 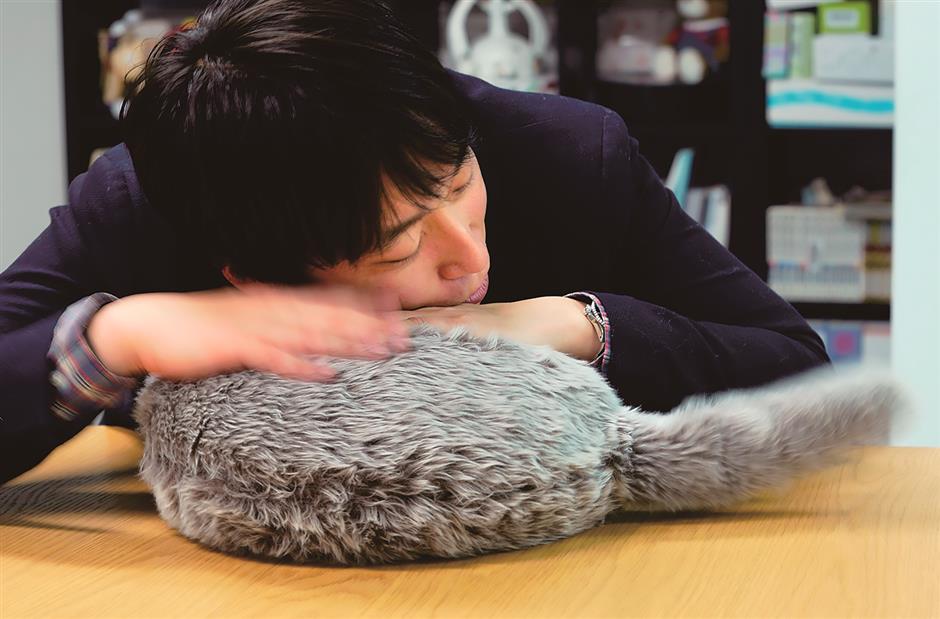 Tsubasa Tominaga demonstrates Qoobo, a cushion robot, at his office in Tokyo. Qoobo is designed to deliver a calming therapeutic effect for the cat-lover who can’t have a real kitty. This companion robot is ingenuous in its simplicity as much is purposely left to the imagination.

A fuzzy, huggable cushion with a whimsically swishy tail, Qoobo is designed to deliver a calming therapeutic effect for the cat-lover who can’t have a real kitty.

This companion robot is ingenuous in its simplicity — much is purposely left to the imagination.

It has no face or whiskers, no legs or no purr, just a responsive tail that wags slowly when it is gently stroked and energetically when it is tapped, so it could be a dog.

He said Japanese prefer to interact with cute things, not digital assistants on impersonal gadgets, as Apple does with Siri and Amazon with Alexa.