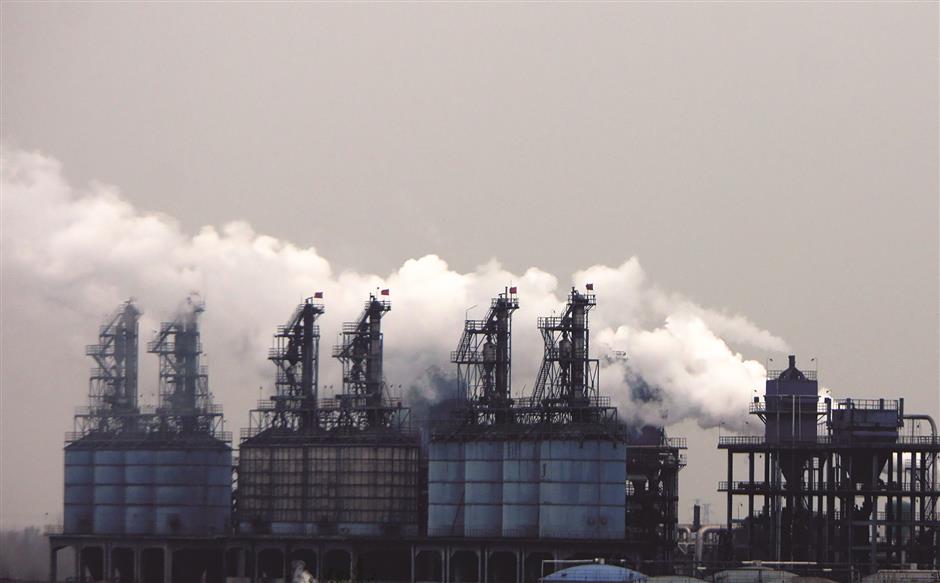 Scientists warned that emerging plans to curb climate change by sucking excess emissions out of the atmosphere rely on technologies that have “limited realistic potential” to work, at least in coming decades.

Emerging plans to curb climate change by sucking excess emissions out of the atmosphere rely on technologies that have “limited realistic potential” to work, at least in coming decades, scientists have warned.

So-called “negative emissions” technologies — including capturing emissions from the air and storing them underground, or planting much more of the world’s land to trees — are unlikely to significantly help hold the line on climate change, they said.

Suggestions that the measures could help keep global temperature increases to under 2 degrees Celsius — the target set in the Paris Agreement on climate change — “appear optimistic” and cannot compensate for inadequate emissions cuts, a report from the European Academies Science Advisory Council noted.

Instead, “failure to adequately mitigate emissions may have serious implications for future generations,” the report said.

“We cannot trust technology to come to the rescue,” warned Michael Norton, a science and engineering professor at the Tokyo Institute of Technology. Instead, “we need to reduce our emissions as rapidly as possible.”

With efforts to cut the use of fossil fuels falling short of what is needed, a growing number of scientists and engineers believe efforts to capture climate pollution already emitted will be necessary to hold warming to relatively safe levels.

Scientists have proposed a range of ideas to do that, from fertilizing the ocean with iron to help it absorb more carbon dioxide, to planting many more carbon-absorbing trees.

In some scenarios, those trees would then be harvested and burned for fuel, with the emissions captured and stored underground. About 87 percent of science models that show a path to holding world temperature hikes to below 2 degrees Celsius rely on such technologies, said Gideon Henderson, a geochemist at the British Royal Society and chair of a group of UK scientists and engineers looking at the technologies.

The problem, he and other scientists said on Wednesday at a discussion in London, is that much of the needed technology is still untested, not commercially viable, and likely to lead to other risks or simply not possible at the scale needed.

For example, by mid-century, more than 12 gigatons of carbon dioxide would need to be removed from the atmosphere each year, under current climate models — or about a third of the world’s current emissions each year, Henderson added.

But most proposed carbon removal technologies would achieve only a tiny fraction of that, he said.

“Most of these technologies are either not scalable to anything like that level or we are too ignorant of their potential and risks to know what could be done,” Henderson said.

Technology to store captured carbon below ground — a key part of everything from British plans to address climate change to US President Donald Trump’s push for “clean coal” — is “in a state of paralysis” with little progress toward making it a viable reality, Norton said.

Large-scale tree planting efforts, similarly, are likely to lead to potential conflicts over land as agriculture, conservation, biofuels and other demands compete for the same pieces of land, they said.

Science is “not actually making much headway at all” on removing emissions, Norton said. “We’re trying to swim up against a very fierce countercurrent on a lot of these technologies.”

A key problem is that most emitters of carbon pollution do not yet pay a cost for that, in the form of a carbon tax. Without such a tax, there is little financial motive for companies to invest in technologies to remove excessive carbon, the scientists said. Right now, “there is no incentive for anyone to do this,” said John Shepherd, part of the EASAC environment steering panel and chair of a Royal Society study of climate “geoengineering” in 2009.

However, even though the technologies are unlikely to be of significant help in coming decades, research into them needs to continue, particularly as climate change impacts — from worsening floods and droughts to sea level rise — grow stronger, scientists said.

Such “negative emissions” technologies are less risky than more controversial “geoengineering” proposals, such as injecting sulfate aerosols into the stratosphere to reflect sunlight away from the planet, the scientists said.

If climate impacts continue to worsen and threaten lives, “every tool in our toolbox may be necessary in the second half of the century to tackle climate change,” Norton said.

Special Reports
ADVERTISEMENT
61772
,
Guide for overseas Chinese students during COVID-19 pandemic
A cemetery that celebrates life and death
Nile threatened by waste, warming, dam
Enchanting abode in idyllic tranquility
Connecting nature, culture and people with design
Fancy footwork: An embroiderer finds her niche
How overseas Shanghainese go through outbreak
Counseling eases psychological toll of outbreak
'Support troops' guard the doors to the city
A guardian of the light ... and of hope for Wuhan
EXPLORE SHINE