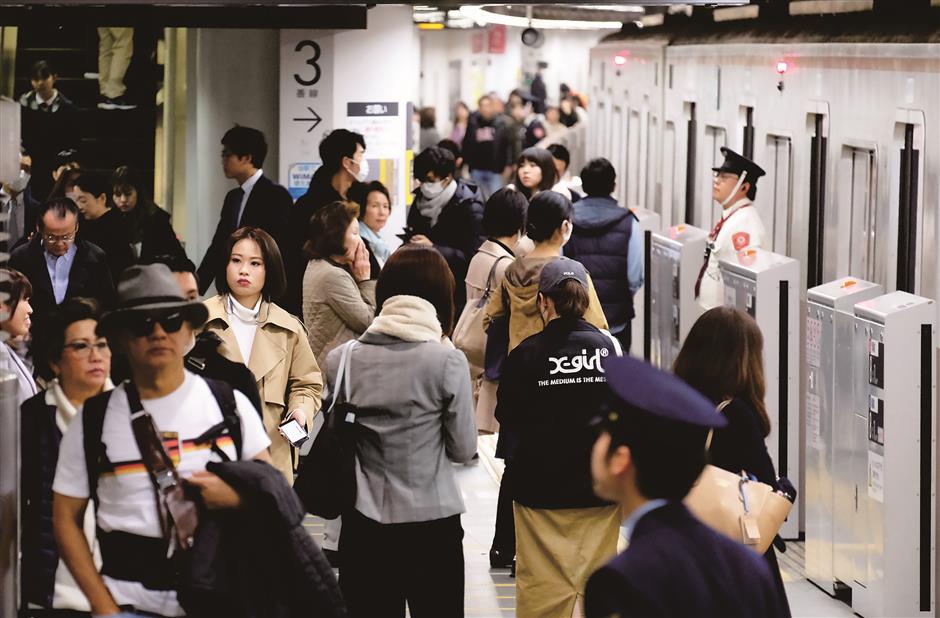 Passengers walk on the Tokyu Toyoko Line platform at Shibuya Station in Tokyo.

Minoru Mukaiya is one of the world’s most played musicians, with millions of people across Japan listening to his songs every day — but most of them don’t even notice.

Mukaiya is the composer of “Hassha Merodii” or “train departure melodies,” short jingles that whisk commuters on their way at some of the world’s busiest stations. Almost no one would know his most famous track by name, a catchy electronic ditty broadcast for departures from platforms three and four at Tokyo’s Shibuya station — the world’s third busiest — but millions have it on their brains for hours after their commute.

Asked how many train jingles he has created, the 61-year-old former keyboard player with the jazz-fusion band Casiopea pauses. He has lost count and an assistant rushes over with a list.

“Hassha Merodii” is so common now in Japan that locals are unfazed when the sharp twang of an electronic keyboard or an organ’s trill spills out of a loudspeaker but tourists are often thrilled.

Nevertheless, Mukaiya’s work has attracted a cult following. He has more than 34,000 Twitter followers, performs the ditties at concerts to thousands of screaming fans and is now banned from playing at Ginza station — the epicenter of Tokyo swank — after a live show there sparked pandemonium.

Fans tell him the music is “good for their health, for their work, for walking. It warms them up” after a hard commute to the office, Mukaiya said. “I want them to be happy.” 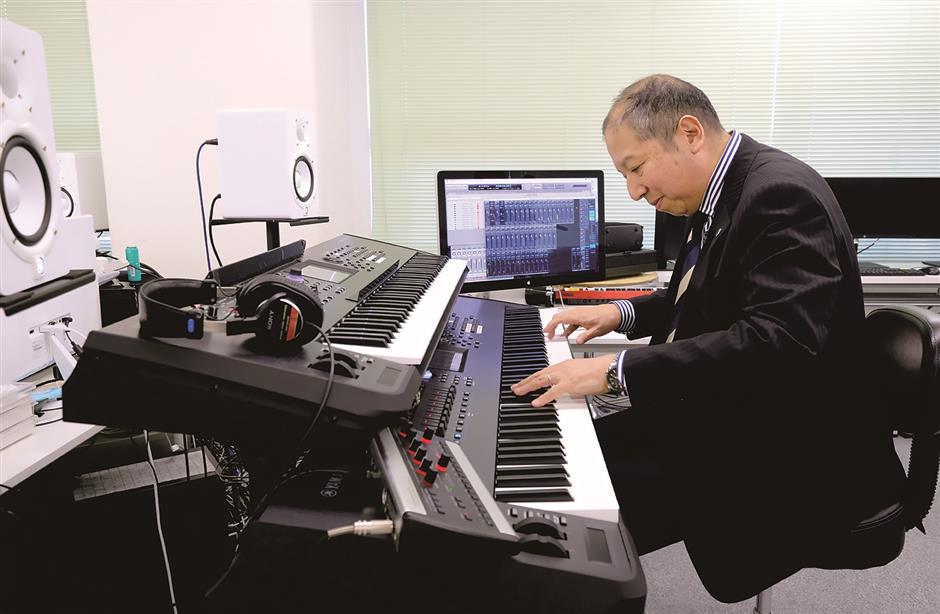 Japanese musician Minuru Mukaiya plays electronic music on a piano at his workplace in Tokyo.

“Hassha Merodii” started when train operators were looking for ways to make their stations stand out and came up with the idea of a catchy jingle.

The songs are capped at seven seconds — the “dwell time” train operators have to cram people into packed commuter trains and still, famously, run on time.

A spokesman for the JR East train company said they were introduced “to prevent passengers from dashing onto the train.”

But despite the short time frame, Mukaiya says that each ditty packs in a story.

In Japan’s ancient capital Kyoto, “we have a deep respect for culture, so the song sounds more respectful of Japanese culture,” he explained.

The rapturous crescendo and rising pitch in Shibuya station’s departure song, on the other hand, is a nod to the train’s uphill journey to the next platform.

“The Toyoko line used to be up the stairs on a very high level. But now the Toyoko line has moved to the subway, and the journey from Shibuya to the next station is a very steep slope,” he says. “So I thought the departure song needs to make it feel like the mountain train.”

Other jingles nod to local history. The station at Takadanobaba, the home to popular anime series Astro Boy, pays homage to the cartoon with a jingle version of the show’s theme tune. And Osaka station features a soundbite of “I guess I really do love you,” one of the region’s most famous songs.

One of the distinguishing features of Mukaiya’s work is that the individual tunes at each station along a line can be combined to form a coherent song.

The jingles have allowed Mukaiya to combine his two passions, music and trains. His interest in railways was first kindled as an 8-year-old when Japan’s first-ever Shinkansen bullet train glided into Tokyo Station a week before the 1964 Olympics.

“I thought that this is a kind of science fiction world,” he said.

Two decades later, he released one of the world’s first train simulator video games for fellow enthusiasts, amassing a huge following and nabbing the attention of industry stalwarts like PlayStation.

The game was so realistic that train operators around the country started asking Mukaiya to design something to teach their conductors and drivers.

He even designed a life-sized mock-up of a train conductor’s compartment that occupies pride of place in his office. 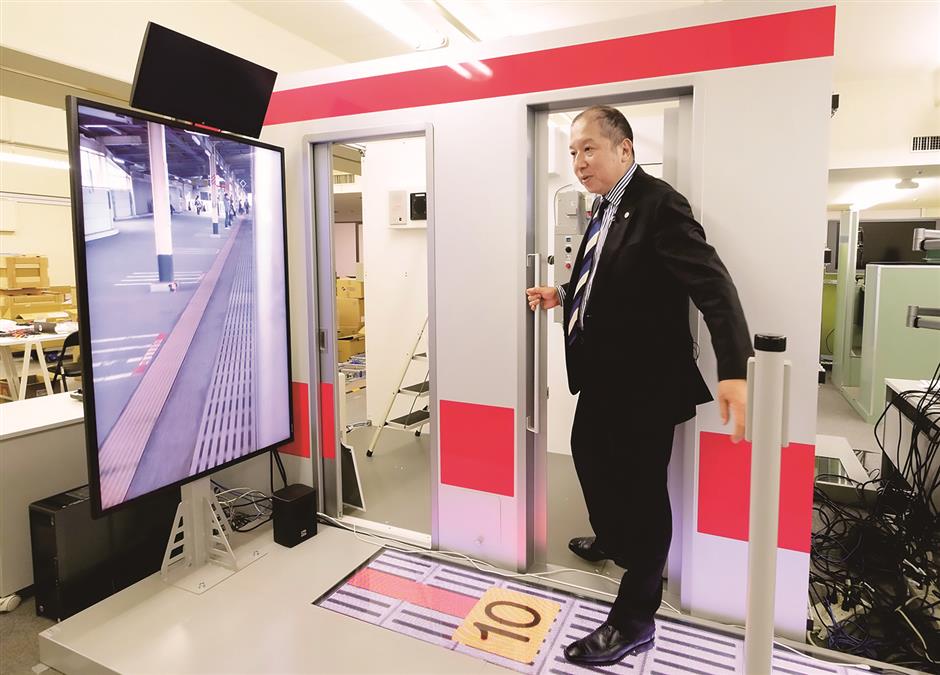 Staring out to an imaginary platform, he rings a bell — confirming the train is clear to leave — and assumes his position at the wheel, watching the monitor above for the traffic light to turn green before taking off.

When the train pulls into the next station, he walks back over to the carriage door, grinning. A makeshift platform projected from overhead, the number 10 appearing at his feet.

He has lined up the train doors with the platform exit perfectly.

Special Reports
ADVERTISEMENT
Vlog: A mini IKEA, just across the road from Jing'an Temple!
Grandparents-turned-fashionistas become #Instafamous
Trendy shops add fresh vitality to historic street
Charity exhibition redefines the meaning of home
Get animated at the CCG Expo 2020 in Shanghai
Keeping the 'eyes on the street' wide open
Living better by learning more about death
If it looks like a duck and quacks like a duck, it may be a pet
Master chef cooks up a taste for classics
Check out Yuyuan Garden delights on a budget
EXPLORE SHINE