When Caoyang New Village was built as the first worker’s housing project in China in 1951, it stood on the fringes of Shanghai and housed 1,002 families on 32,366 square meters.

Last year, it was listed among the first architectural heritage of the 20th century in the country.

Urban sprawl in the ensuing decades brought dramatic changes. The original village underwent expansion with up to nine additional housing projects added. Today, the 2.14-square-kilometer community is home to about 32,000 households in Putuo District.

The community, when it was first created, housed workers for cotton mills, machinery plants, chemical factories and food manufacturers in the area. Residents were carefully vetted so that the housing went only to skilled and “model” workers.

“My husband, now 96, was a skilled worker in a cotton mill,” said a 94-year-old grandmother surnamed Wang.

The couple moved into first phase of Caoyang New Village on the 31st anniversary of the Communist Party of China in 1952, she proudly noted.

In the following years, new additions to the village often involved hasty, slapdash construction of dubious quality. Many of the buildings had to be razed in the 1980s. The result was a bit of a mish-mash of building styles, heights and structural conditions of those that remain today.

“There are 27 households in one block,” said a resident surnamed Cao, who lives in the seventh phase of the community. “Four to five families share a kitchen and a bathroom. It is inconvenient. I have been waiting for relocation or renovation for a long time.”

Wang Dingzeng (1913-2014), who graduated in architecture from the University of Illinois in the US, was chief designer of Caoyang New Village. He drew on the concepts of Clarence Perry (1872-1944), an American planner and sociologist who advocated what were then avant-garde ideas about residential construction creating neighborhoods as communities.

Wang embraced a layout that embodied a “community-centric” lifestyle, incorporating a cinema, a shopping mall, hospital, primary school and wet market all within walking distance for residents.

“When my water broke three days before my due day, I was thankful for a hospital in the community,” Yao Weici, resident of the Caoyang No. 1 Village, said in a TV documentary. “I managed to walk there by myself to give birth to my second child.”

At the start of the village’s development, two-story blocks were built in long rows. Third stories were added between 1959 and 1962.

“Commodious space between buildings, a simple architectural style and practicality were the guiding principles of the Caoyang No. 1 Village,” architect Wang later said in a documentary. “All the rooms mainly faced south.” 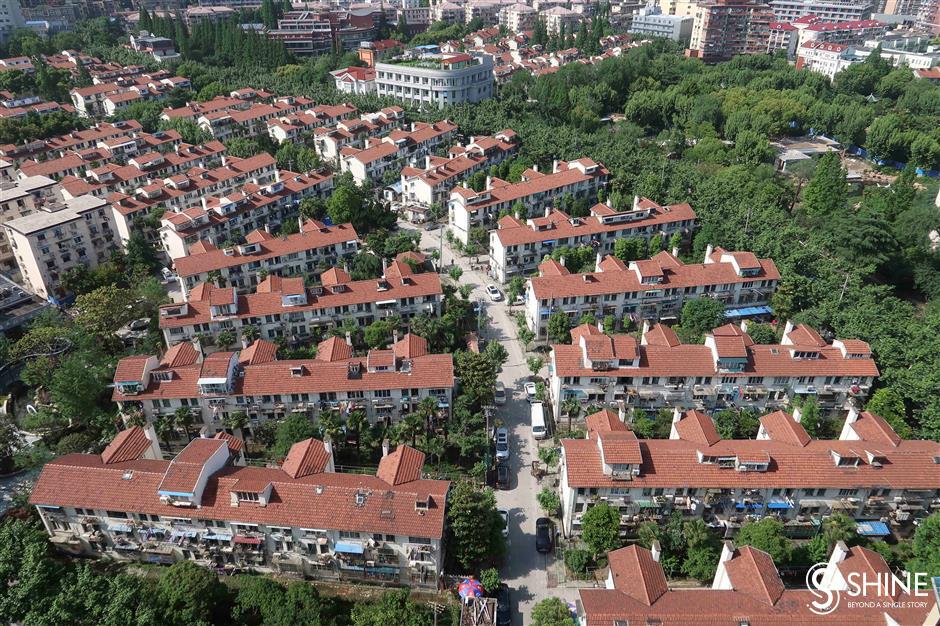 His humanized design, however, drew criticism for its low population density and sprawling green spaces during a period when critical housing needs outstripped concerns about lifestyle.

The Caoyang New Village was the first neighborhood opened to the outside world in 1953, and it has since hosted thousands of foreign visitors. Former US President Jimmy Carter visited it in 1981.

Today, the area is still on the itinerary of a tourism service that promises a one-day personal look at the daily lives of Shanghai people.

I joined a group of 21 Americans, members of a Texas agricultural program, on a recent tour of the community.

Ding Xiuyuan, a retired primary school teacher and member of the international exchange service center in the community, gave the group a potted history of the Caoyang New Village. The visit included a kindergarten, where youngsters stood at the door bidding welcome to each visitor and later gave several performances. 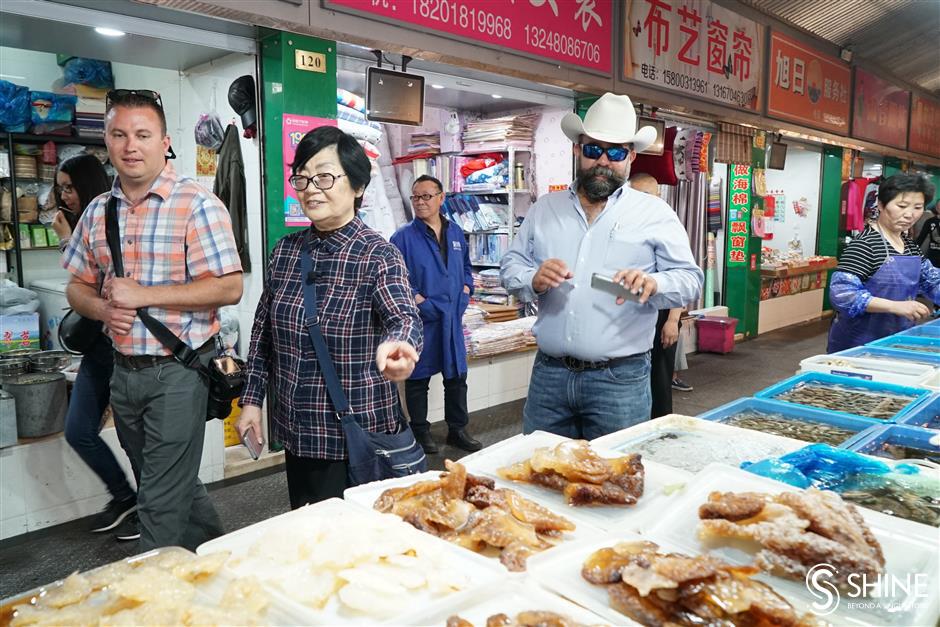 Ding Xiuyuan (second from left), a retired primary school teacher, takes a group of American visitors on a tour of a wet market in the Caoyang New Village.

The next stop was a wet market called, oddly enough, the Caoyang Railway Market. It was filled with delicatessens, fruit shops, butcheries, dry goods stores and grocers. The tour gave the foreigners a glimpse of how ordinary people go about their daily lives.

“It is the neatest market that I have seen during a 12-day journey around China,” said one of the visitors, who delighted in a scallion pancake she bought in the market.

After the market tour, the group visited the fifth phase of the Caoyang New Village, where they joined local families for some authentic Shanghai cuisine.

A hostess surnamed Yi said she went to the market at 7am to buy food for the meal and spent four hours preparing dishes that included Kung Pao chicken, wonton, sautéed shrimp and stir-fried beef.

“It’s the most delicious meal we have had in China,” said one member of the American tour group. “I am very moved by the sense of community here.”

Yi proudly showed off her refrigerator door, which is covered by fridge magnets showing scenes from around the world.

“They were sent by visitors,” she said. “After being laid-off at a cotton mill, I started as a hostess to receive foreign guests in 2004. I have welcomed countless visitors, most of them American.”

Standing at the door as she waved good-bye, she called out to her newest American friends, “You are welcome back anytime!” 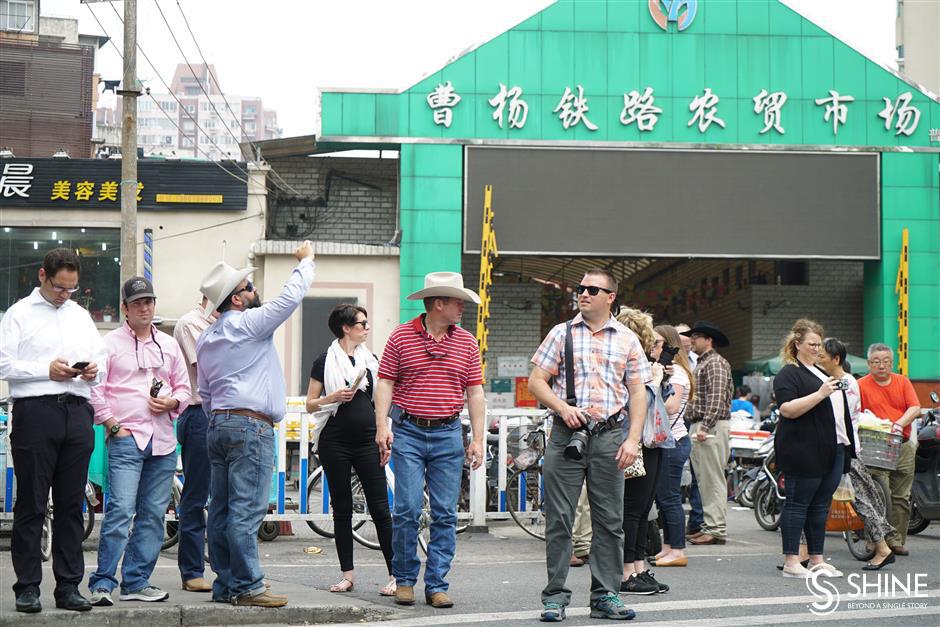