Devices such as Amazon’s Alexa-powered speakers and Google Home, which use artificial intelligence to respond to voice commands, are offering new choices to consumers who are looking for more convenient ways to order goods.

Voice shopping is expected to jump to US$40 billion annually in 2022 in the United States, from US$2 billion today, according to a survey this year by OC&C Strategy Consultants.

“People are liking the convenience and natural interaction of using voice,” said Victoria Petrock of the research firm eMarketer. “Computing in general is moving more toward voice interface because the technology is more affordable, and people are responding well because they don’t have to type.” 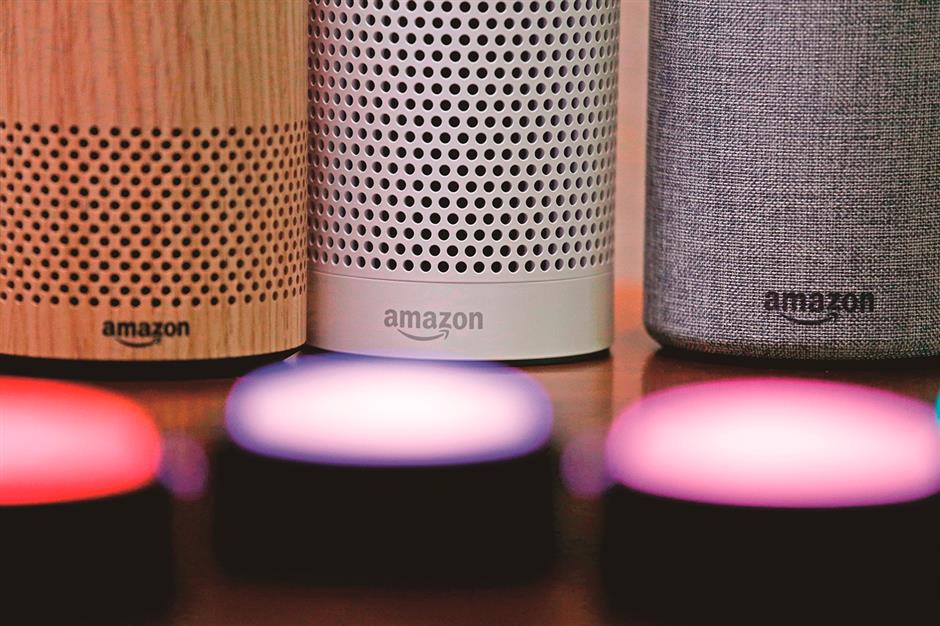 Amazon Echo and Echo Plus devices (behind) sit near illuminated Echo Button devices.

A recent eMarketer survey found 36 percent of US consumers liked the idea of using a home-based assistant like Amazon Echo for making a purchase.

Amazon’s devices, which hit the market in 2015, were designed in large part to help boost sales, and Google Home was launched a year later. The use of smart speakers has expanded the possibilities available through smartphone chatbots or text-based systems including those from Facebook and Apple.

“This is growing exponentially,” said Mark Taylor, an executive vice president at consultancy Capgemini and co-author of a study on conversational commerce. “We’re getting used to asking Alexa or Google to do something on our behalf, which makes it simple to switch and say, ‘Hey Alexa, buy me dog food.’”

Capgemini research shows many consumers are satisfied with voice interactions and that this is growing for search and information as well as for purchases and that this is likely to become a “dominant” mode of consumer action within a few years. 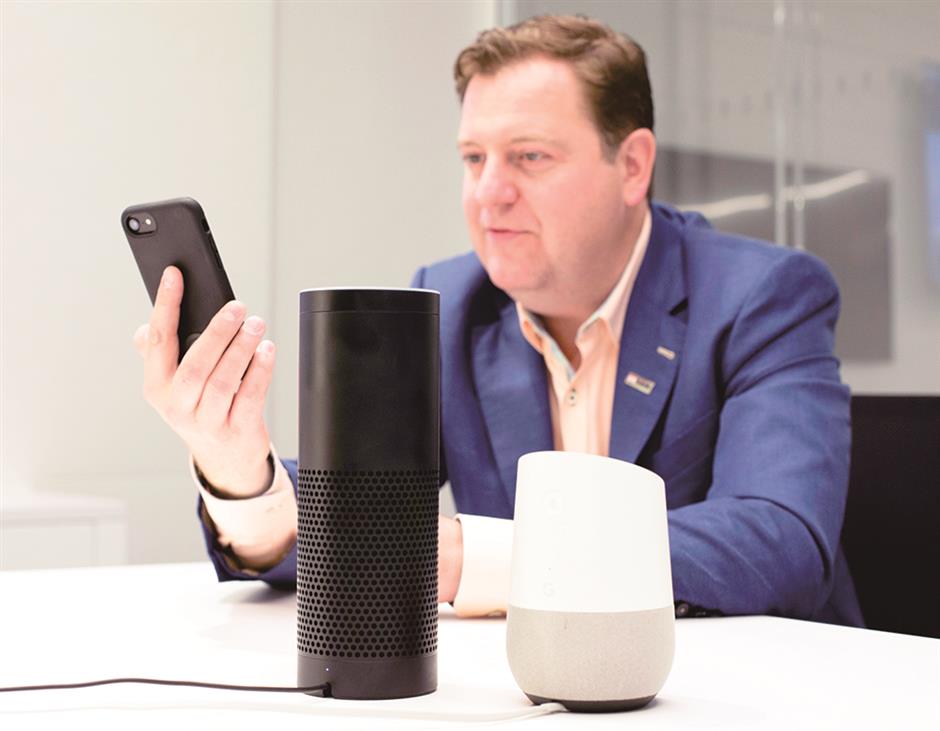 The most commonly shopped categories through voice are groceries, entertainment, electronics and clothing, according to OC&C. For now, Taylor said, most voice-based purchases have been “low consideration goods” such as items consumers have purchased before.

But as people grow comfortable with voice assistants Taylor sees a potential for growth in “higher consideration” items including insurance or financial services. An important element will be the personality established by intelligent assistants that will help companies establish an image or brand.

“People like to talk to human beings because humans give insight and guidance, and AI can do the same thing,” he said.

The “conversational interface” is a tremendous advantage in some situations, said Manlio Carrelli, executive vice president at LivePerson.

“This is like ‘Star Trek,’” Carrelli said. “I can just say what I want and get it. Consumers don’t care what’s on the back end, they just want to be able to get what they want.”

Carrelli said these systems are important not only for sales, but for customer service — reducing the need for call centers and saving millions for businesses.

According to OC&C, Amazon Echo speakers are used in around 10 percent of US homes, with 4 percent for Google Home. The report added Apple is lagging in this sector because its Siri assistant lacks the AI capabilities of Google, and the new HomePod has only just hit the market.

More players are expected to enter the market, with speculation rampant about a speaker from Facebook, which now allows business and consumers to connect through Messenger chatbots.