McQueen, suicide and the dark side of a celebrity fairy tale

When celebrity chef Anthony Bourdain and fashion icon Kate Spade killed themselves within the space of three days in June, many couldn’t fathom the tragedy of two people who appeared to have it all.

The suicides followed a slew of similarly shocking headlines in recent years about rock stars Chester Bennington and Chris Cornell, Hollywood figures Tony Scott and Robin Williams, to name only a few. Spade’s demise, in particular, resurrected painful memories of the suicide of fellow designer Alexander McQueen, whose life and 2010 death at the age of 40 are explored in filmmaker Ian Bonhote’s new documentary “McQueen.”

The feature-length film, which hits US theaters on Friday, combines archive footage and new interviews to arrive at an authentic portrait of a tortured artist with a singular vision.

“Though all suicides leave a trail of desperate loss and confusion in their wake, celebrity suicides make a particularly palpable imprint,” therapist and academic Denise Fournier wrote after Bourdain’s death. “In a culture that idolizes celebrities and holds fame and fortune high on the aspirational totem pole, the notion that someone who’s reached those heights would choose to end it all is incomprehensible.” 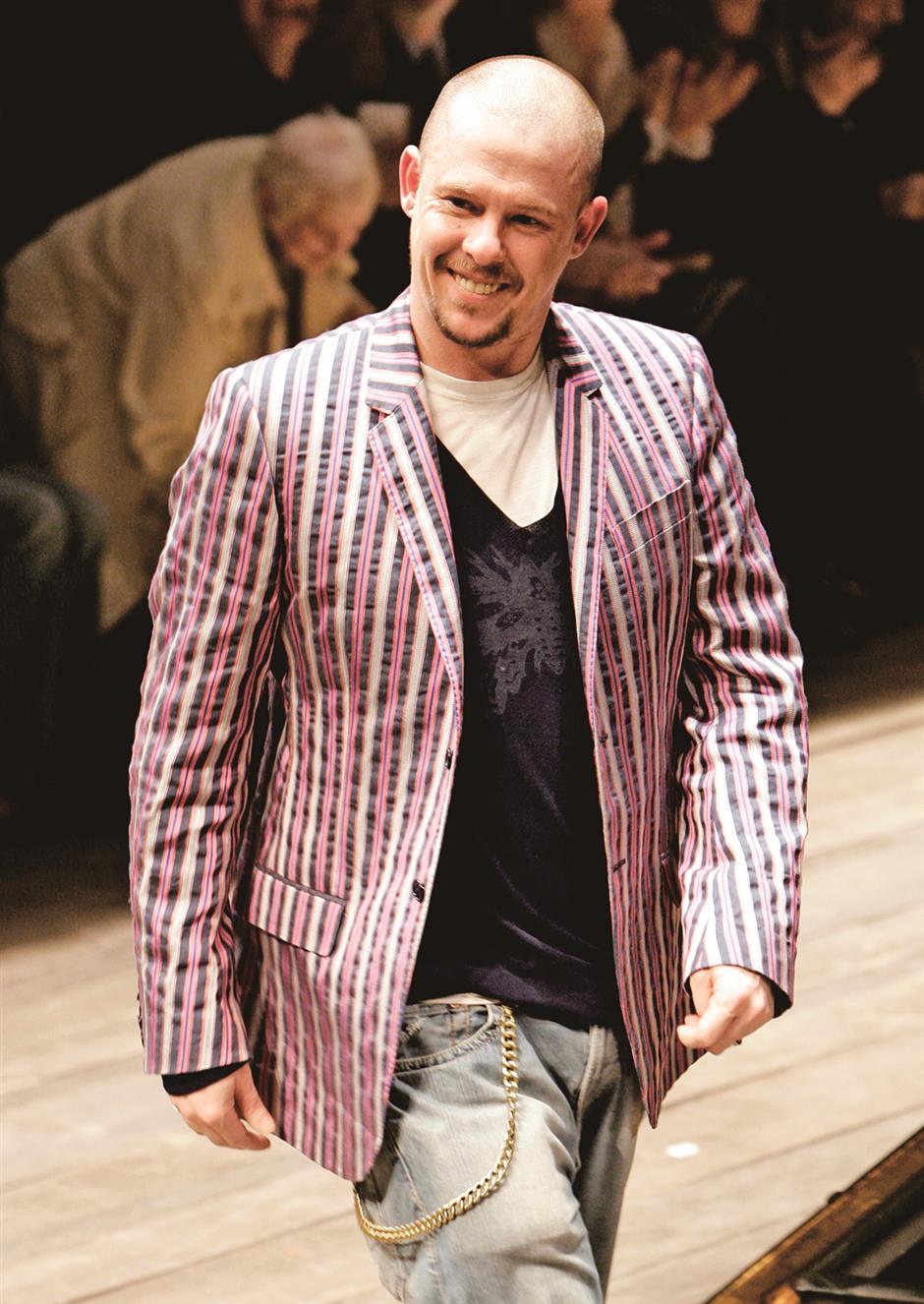 Born and raised in working-class east London, McQueen — known by his given first name Lee to friends and family — was destined to follow his father into a life of manual labor. Instead, he was discovered by Isabella Blow, a wealthy socialite with a nose for uncovering raw talent who bought his entire graduation collection when he completed his Central Saint Martins school studies.

An almost traditional romanticism combined with a mischievous, punky side made McQueen an icon of the 1990s-era “Cool Britannia,” a British youth culture explosion the likes of which hadn’t been seen since the Swinging Sixties.

At the height of his powers, he designed stage costumes for David Bowie, directed videos for Bjork and dressed stars from Sarah Jessica Parker and Nicole Kidman to Madonna and Rihanna.

“My shows are about sex, drugs and rock ‘n’ roll. It’s for the excitement and the goosebumps. I want heart attacks. I want ambulances,” McQueen once said. 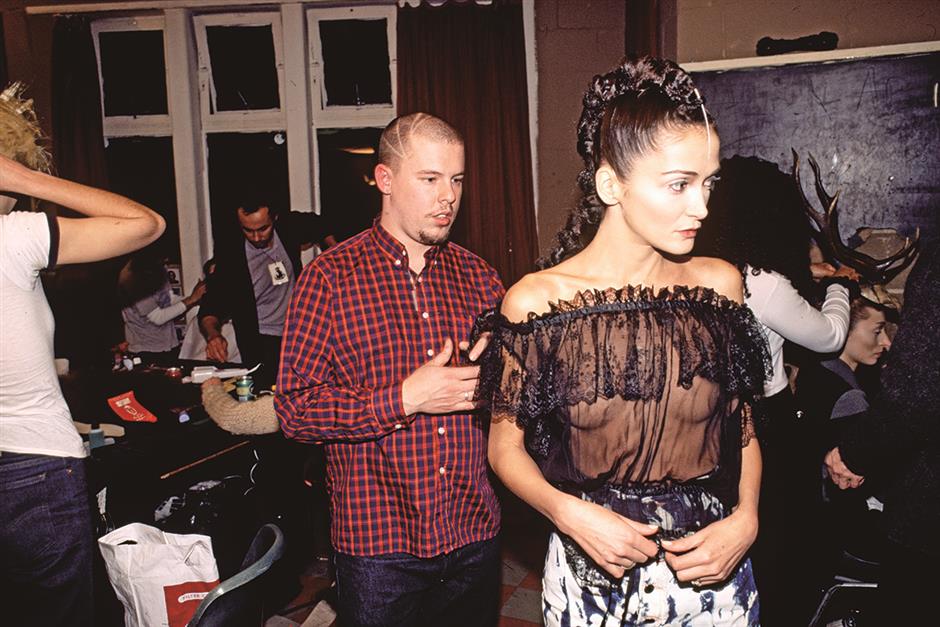 From his apprenticeship at a Savile Row tailor to his final show before his suicide, McQueen reveals himself to be an unmatched creative talent.

He sent models down the runway with wolves, used armor and masks to hide some of the world’s most recognizable supermodels, drenched his runway in rain and blanketed it with snow. He experimented with nudity, constructed dresses out of electrical tape and invented the deliberately provocative “bumster” trouser, cut to expose the buttocks and base of the spine.

“He told them, ‘You’ve got to put your pubic hair in Anna Wintour’s face. It was just very naughty behavior,” Blow’s husband Detmar remembers.

At 27, with only eight collections under his belt, McQueen was named the creative director at venerated French house Givenchy, whose signature since the early 1950s has been genteel elegance, embodied by Audrey Hepburn. But McQueen never really felt at home in Paris, longing for his friends and London, while the French fashion media did not share the designer’s rebel spirit.

He fell out with Blow and she began a downward spiral that also ended in suicide. At the same time, McQueen had transformed himself via liposuction and was abusing drugs and alcohol.

He sold a controlling stake in his eponymous label to Gucci for US$50 million but couldn’t enjoy the money, feeling lonely, trapped and depressed by Blow’s suicide and his mother Joyce’s death.

He had told friends his “Plato’s Atlantis” spring-summer 2010 ready-to-wear collection would be his last.

By the time it hit the high street, McQueen was dead — not lying peacefully among mourners in a funeral parlor, nor surrounded by rapturous fans, but by his own hand, alone at home. 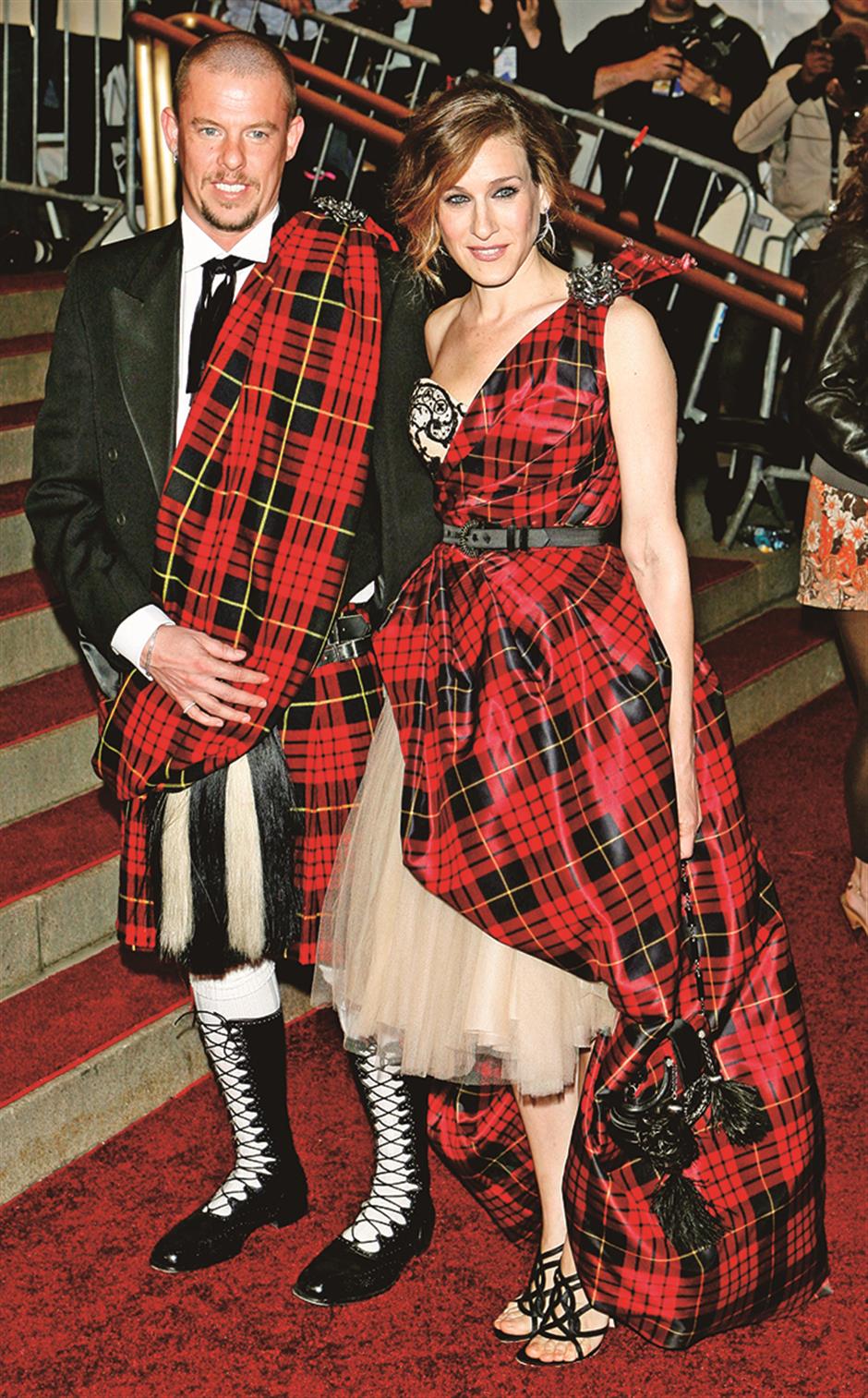 Alexander McQueen poses with actress Sarah Jessica Parker at the Costume Institute Gala at the Metropolitan Museum of Art in New York, 2010.

A US government report published in June, around the time that Bourdain and Spade took their own lives, found that suicides have increased by more than 25 percent since 1999 to become the 10th-leading cause of US deaths.

Some 45,000 Americans aged 10 or older — mostly with no mental health diagnoses — killed themselves in 2016, according to the report. That’s one every 12 minutes, more than double the number of homicides that year.

Celebrity suicides are unique though because they present the public health challenge of “suicide contagion” — a rise in vulnerable people taking their lives after a high-profile death.

“Celebrities, no matter how rich or famous they may be, are bound by the human condition,” added Fournier. “Their external circumstances might be exceptional, but their internal experience is commonplace — they suffer and struggle like the rest of us.”