Lego visitors building a city for the future 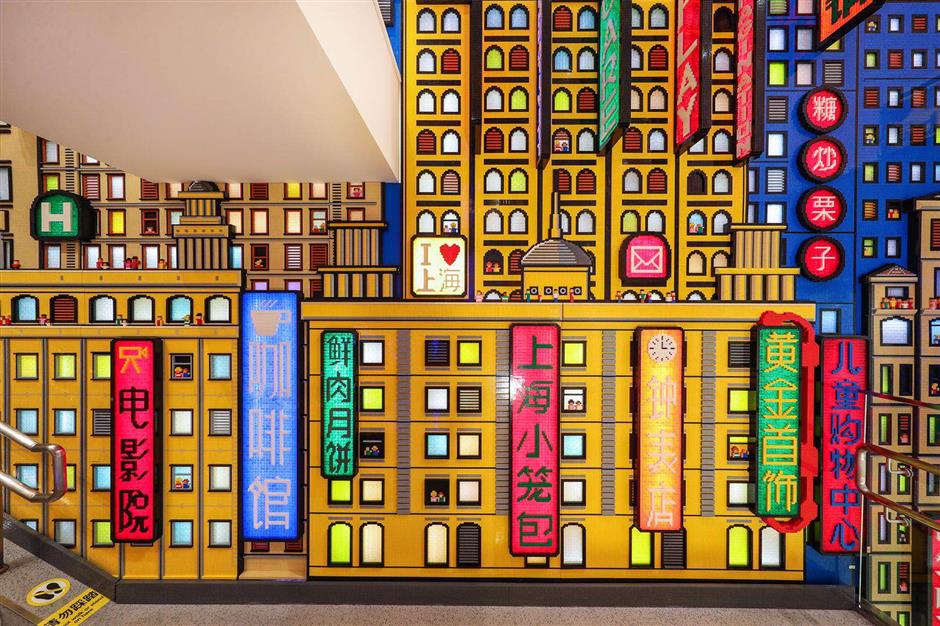 The Lego Group's new flagship store at People’s Square is offering fans of all ages the chance to build their own visions of a future city at its "future city play tables."

It's one of several unique experiences under its “Future of Shanghai” concept.

The interactive area encourages people of all ages to dream and build their own creations reflecting urban challenges including harmony with nature, renewable energy, modern architecture and cultural heritage.

Another highlight is the store's “immersion portal” where children can enter a large model box to see and hear about the Lego City or Lego Ninjago worlds.

A “mosaic maker” offers enthusiasts the opportunity to buy their own, personalized mosaic portrait. The machine captures an image and, in a few minutes, printed instructions and the bricks required to complete the portrait are supplied.

Distinctive cultural elements of Shanghai and China are featured in the store with models of the Oriental Pearl Tower and a large dragon made with Lego bricks.

A Shanghai skyline mosaic was made from approximately 4 million bricks and took builders almost 19,000 hours to create.

Paul Huang, senior vice president of the Lego Group and general manager of Lego China, said the company aims to inspire and develop the builders of tomorrow through creative play and the new store was all about that. 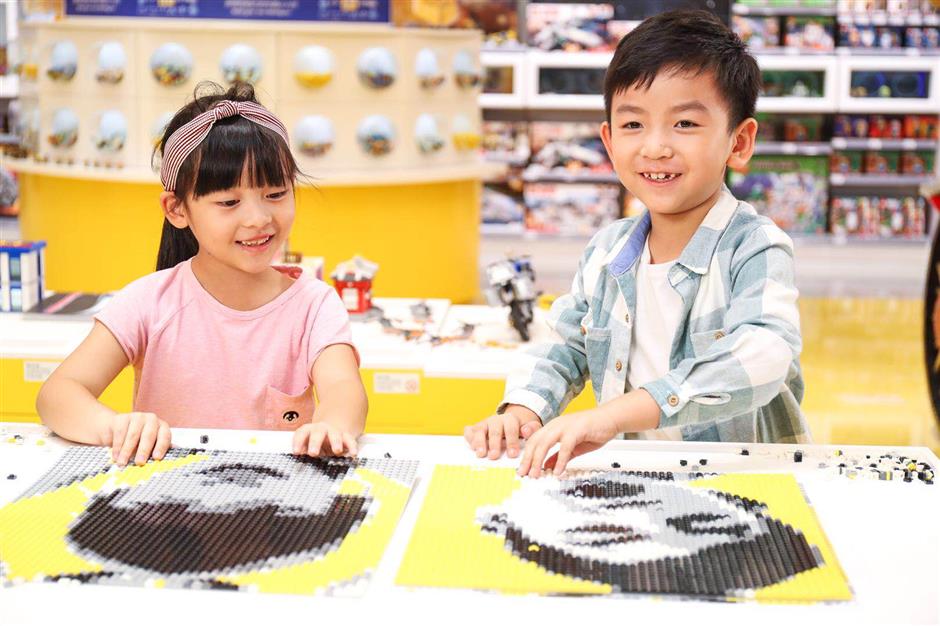 A couple of happy visitors create their own portraits in Lego bricks. 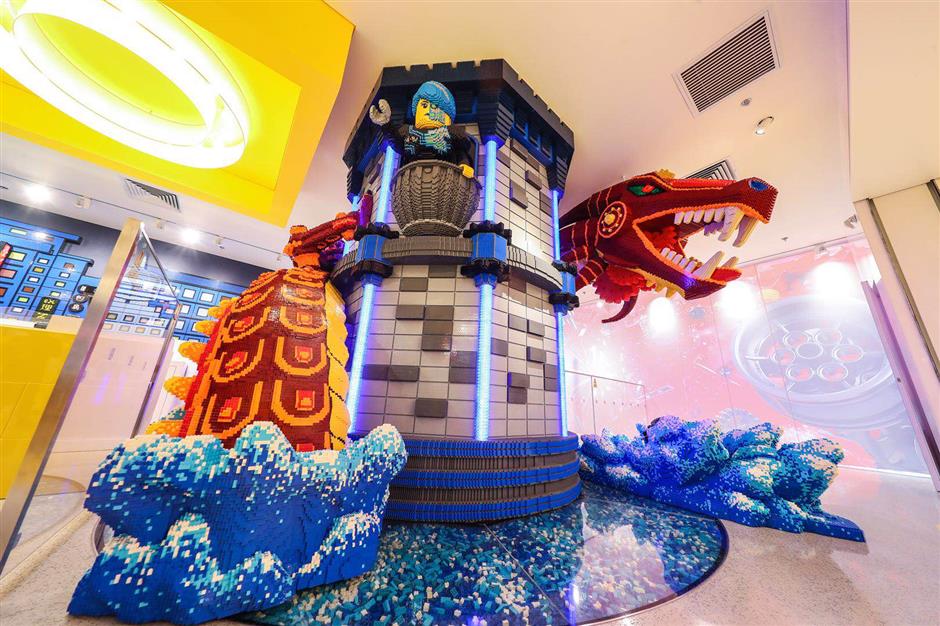 Chinese elements are a feature of the new store at People's Square.