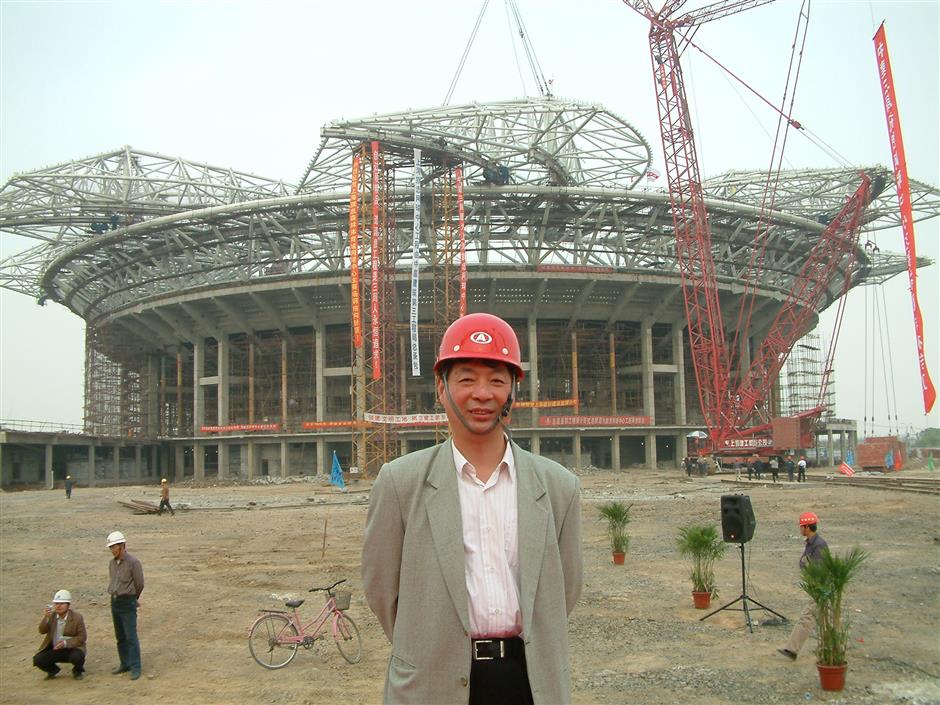 Even today, the magnolia-shaped roof of the Qizhong Tennis Center’s center court remains a sophisticated structure that can hardly be duplicated, said Wang Qiyu, former deputy general manager of the tennis center in southwest Minhang District.

Wang, who used to work for Shanghai Sports Bureau, was in charge of the Qizhong Tennis Center project when the city government decided to build an arena capable of hosting international tennis tournaments such as the ATP Masters at the beginning of the century when tennis was still regarded as a “sport for the nobility” by most Chinese.

From 2002, when a construction committee for the center was established, Wang has witnessed the building of a world-class arena as well as its extension and renovation, making sure it would serve the ATP tournament well.

He is still in charge of the daily maintenance of the roof despite reaching retirement age last year.

“This is undoubtedly the best project of my career,” Wang told Shanghai Daily. He majored in mechanical automation in school and took part in the design and construction of almost all the major sports venues in Shanghai, including Shanghai Stadium, the Oriental Sports Center and the professional football stadium in Pudong which is under construction. 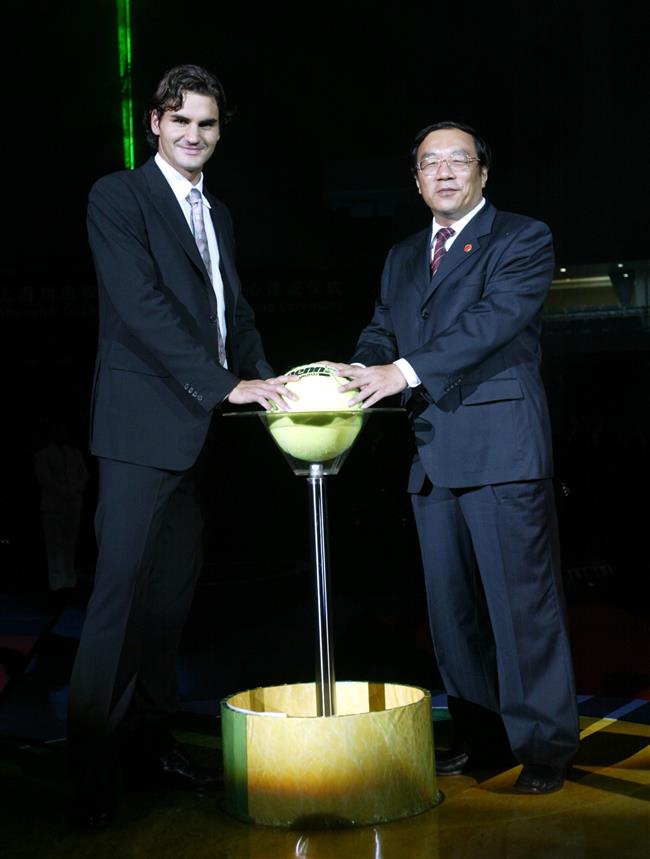 After Shanghai successfully hosted the Heineken Open from 1998 to 2001, it won the opportunity to host the ATP Finals, also known as the Masters Cup, in 2002.

“However, the Masters Cup requires an indoor arena, while the Xianxia Tennis Center where the Heineken Open was held didn’t have a roof,” said Wang. “The 2002 Masters Cup was therefore held in a temporary arena we set up in the newly built Shanghai New International Expo Center in Pudong. The city government then decided to build a new tennis court which can host both outdoor and indoor competitions.”

Wang was among the first batch of staff to start work at Qizhong, which was still a rural area in early 2003.

“The major problem was, no design institute or architecture company in the country had experience in combining a construction with a huge but sophisticated mechanical device.”

Wang said he knew about the difficulty when Shanghai Customs College attempted to build a retractable roof for its swimming pool. However, the roof could not be opened on the very first day of its completion.

“At that time, Japan was a leading country in the area of retractable roofs. We called for bids and decided to use a proposal by a Japanese design institute. The project was too complicated and Japan’s Mitsubishi Heavy Industries was the only constructor claiming it was capable of making the system. However, the company was asking for 300 million yuan (US$44 million).” 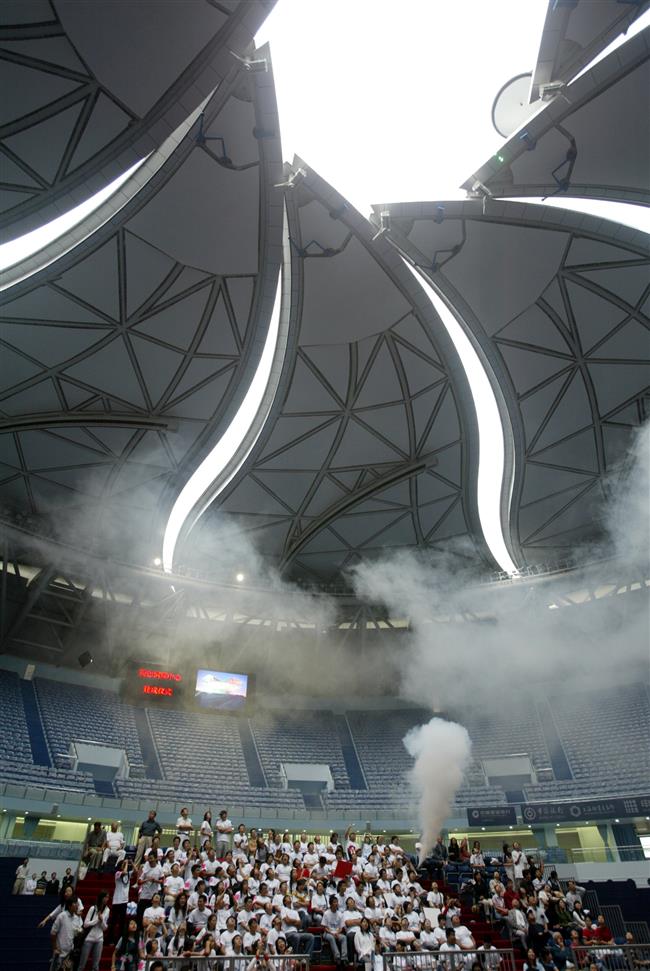 The steel roof consists of eight sliding petal-shaped pieces with a total weight of 280 tons.

“They make launchers for rockets and missiles. They are reliable because they are from the army. And most importantly, they quoted a price of just 1.2 million yuan,” said Wang.

The steel roof with eight sliding petal-shaped sections was eventually accomplished around Chinese New Year of 2005. With a total weight of 280 tons, each sliding piece was of the size of four basketball courts. After tests on the ground, it was hoisted into place on top of center court.

“There was other work such as the choice of the covering material. We also had to make sure that the roof didn’t leak or all our efforts would be a waste,” said Wang.

On October 3, 2005, Roger Federer and then Vice Mayor Yang Xiaodu pressed the “open” button of the steel roof at a launch ceremony for the 15,000-seat center court — one month before the start of the 2005 Masters Cup.