The history of the Suzhou section of the Grand Canal can be traced back to 495 BC when King Fuchai (528-473 BC) of the Wu State during the Spring and Autumn Period (770-476 BC) ordered the excavation of a canal from Suzhou to Benniu Town in Changzhou.

A thousand years after that, Emperor Yang Guang (AD 569-618) of the Sui Dynasty (AD 581-618) ordered excavation of the canal of Jiangnan (regions around the lower reaches of the Yangtze River) and the section of Suzhou was an important part.

In AD 825, when renowned Chinese poet Bai Juyi (AD 772-846) took office as mayor of Suzhou, the canal between Huqiu and Changmen Gate was excavated to let the Grand Canal connect directly to Suzhou.

To the west of the Changmen Gate is Shantang River and Shantang Street alongside where there are many cultural and historical sites which feature a strong flavor of the Wu people. Shantang Street still maintains its traditional pattern. The waterfront houses, stores, guild halls and the stone street preserve a rich taste of Jiangnan.

“The fate of a river is the fate of a city,” said Xu Yipeng, head of Suzhou’s heritage conservation. “A long history and prosperous business are inseparable from the nourishment of the Grand Canal.”

Traders in ancient times launched their businesses in Shantang Street because the Shantang River is one of the main waterways of the Grand Canal and transport was convenient. The existing historical sites at Shantang Street also include temples, ancestral halls, theater buildings, archways, gardens, celebrity tombs and ancient bridges, among which 22 are under government protection.

A combination of wall gate and water pass, Panmen Gate and the highest existing stone arch of Suzhou, Wumen Bridge, as well as the pagoda of Ruiguang Temple are the three most prestigious sites in the area. 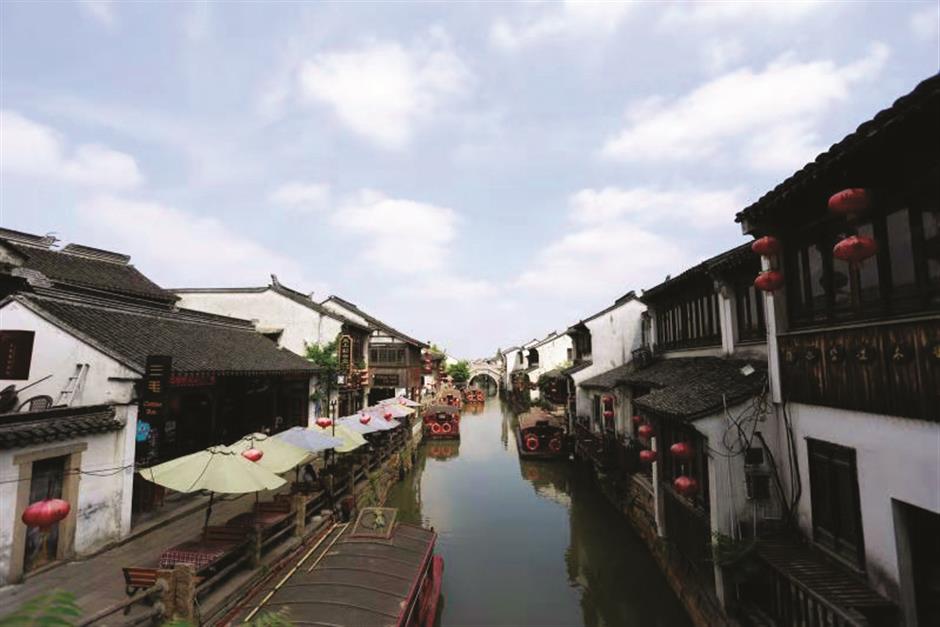