Chefs' taste success with their skill in the kitchen craft

The 2018 Shanghai Standouts award was unveiled last month, and 98 professionals were recognized for their continuous dedication.

Lu Chunfeng has been working in InterContinental Shanghai Ruijin for more than 20 years. As the executive Chinese pastry chefs, she creates some of the most stunning sweet and savory dishes like the walnut pastry.

Lu is professionally trained in culinary arts before she came to Ruijin at the age of 19, and she chose to focus on pastry.

“I don’t feel it’s boring work, I’m quite interested in making pastries, there’s a sense of accomplishment when I make something beautiful,” said Lu. 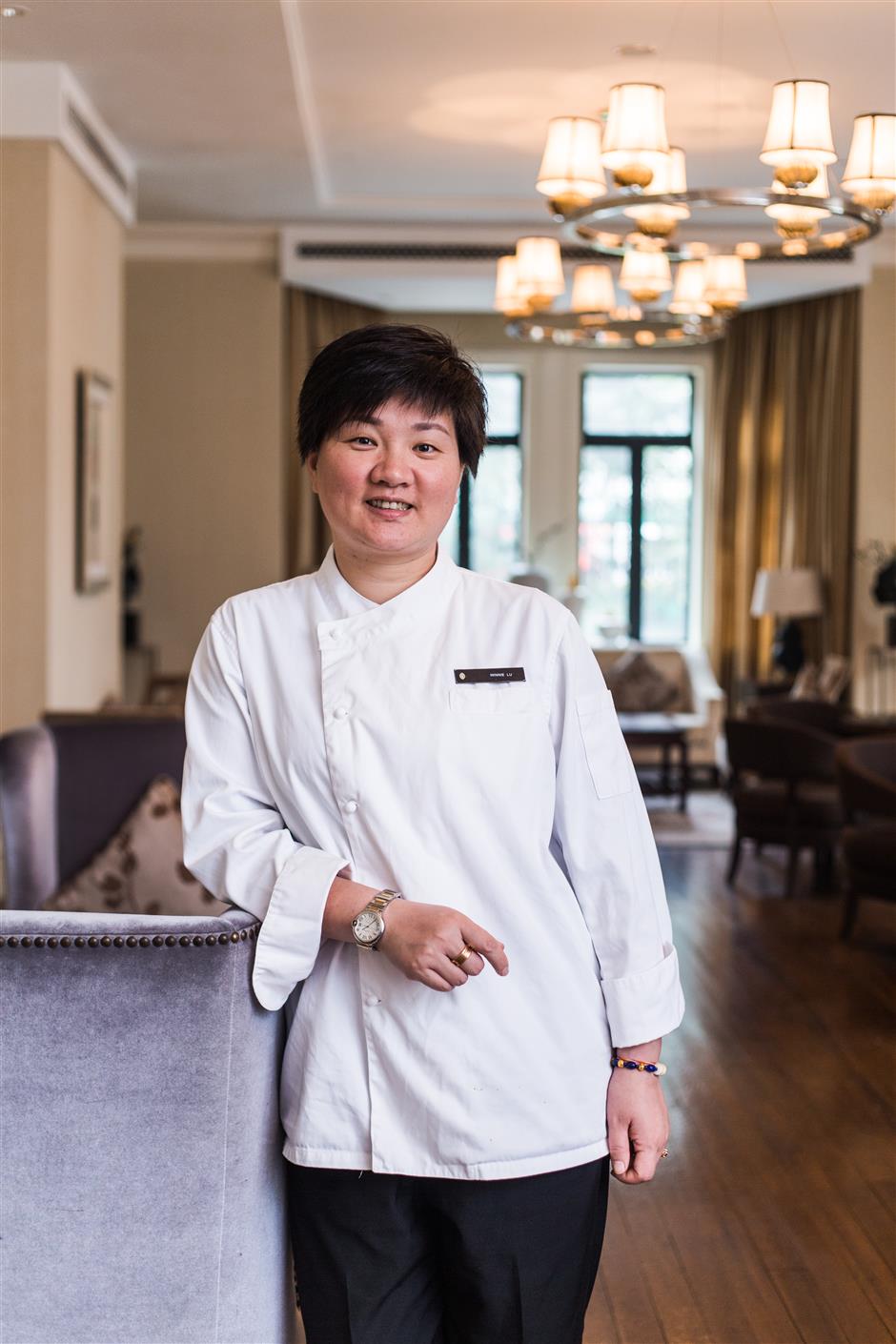 A work that she’s especially proud of is the lotus pastry, a puff pastry that resembles the lotus flower. It’s not one of the tastier desserts but a true test of the pastry chef’s skill. Lu’s lotus pastry is renowned in the country.

“I spent the first decade of my career mastering and perfecting the basic skills. Developing new products requires a strong foundation, and I must have a good knowledge of every small detail, like the difference of many kinds of flour. The next decade I will focus on creating new dishes and improving the classics,” said Lu.

For example, Lu’s famous walnut pastry that has almost the exact appearance of a real walnut, has been changed many times since it’s served in the hotel over 20 years ago.

“Now we’ve cut down the sugar to a third of the original amount and use half butter half lard instead of 100 percent lard, if the majority of the customers still feel it’s too sweet, we’ll change it again,” she said. 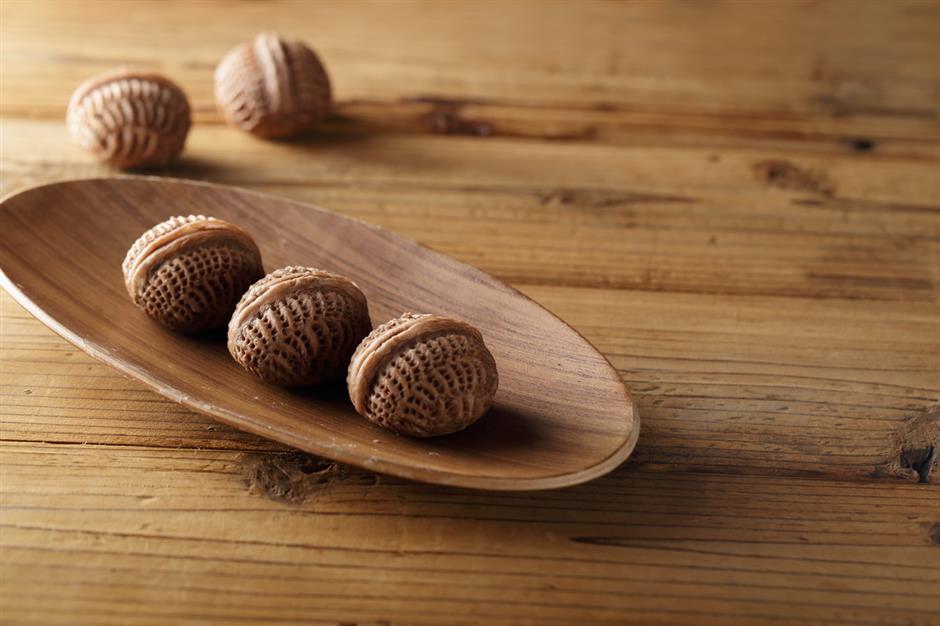 A lot has changed in Chinese pastry because the modern appetite and lifestyle has evolved to focus more on eating healthily. People are not so concerned with portion size as before but emphasizes food safety as well as sensory experiences.

“With a recipe and oven, you’d be able to make a cake after watching the teacher maybe two or three times, but you cannot make a proper Chinese bun without three months of practice,” explained Lu.

At Ruijin, Lu learned from Gong Huiying, an award-winning veteran Chinese pastry chef who’s now retired. Lu was her only female student at that time.

“Although she’s a female Chinese pastry chef, she didn’t want to teach girls, the work was so hard, I was an exception because of my boyish personality,” said Lu.

Now, Lu is passing her knowledge on to several apprentices, and she has only one female student.

“Being a female Chinese pastry chef, I know how hard the job is, Western pastry is more suitable for female chefs, but traditional Chinese pastry’s workload is really heavy that not every woman can bear every day,” admitted Lu.

Born in 1962, Wang has been working in the same kitchen in Wangbaohe Hotel for 37 years, all the way from a kitchen apprentice to the executive chef who oversees all dining operations of the group.

“In the beginning it was only a job, working in the kitchen was very hard and it was only harder a few decades ago when the conditions were less ideal,” said Wang.

At one time, Wang felt puzzled because a cooking career wasn’t as recognized as it’s now. But with persistence and dedication, he has inherited Wangbaohe Hotel’s famous hairy crab feast, an intangible cultural heritage and carried it forward through continuous innovation.

Wang Hao says chefs are the busiest when people are the happiest.

He became the executive chef in 2008 and keeps a very busy schedule: Every morning at 7 o’clock, he arrives in the hotel and started picking and sorting the hairy crabs from Yangcheng Lake, then the kitchen works to extract the crab meat and roe to prepare for lunch and dinner services. He gets off work after eight in the evening and seldom takes breaks or vacations.

“Being a chef, you are the busiest when other people are the happiest,” he said.

Every October, Wang and his team travel to Tokyo to present a week of the classic hairy crab feast.

“We’re the first to do the hairy crab feast and it’s a great opportunity since the Japanese people also like the crabs. The menus we do over there are the same as our restaurant because some of the guests would come to us when they visit Shanghai,” said Wang.

Wang has opened a workshop to study and develop hairy crab feast, as he understands that one person cannot pass the heritage on, so he teaches the craftsmanship to young chefs as well as rediscovering some dishes of the past that have faded away.

“Chinese cuisine is all about delicious, tasty food, flavor always comes before the look of the dish,” said Wang. “As a time-honored brand we’ve always been popular, we cannot forget the traditions, but there must be new things, that’s how we develop, we can’t just hold the past.” 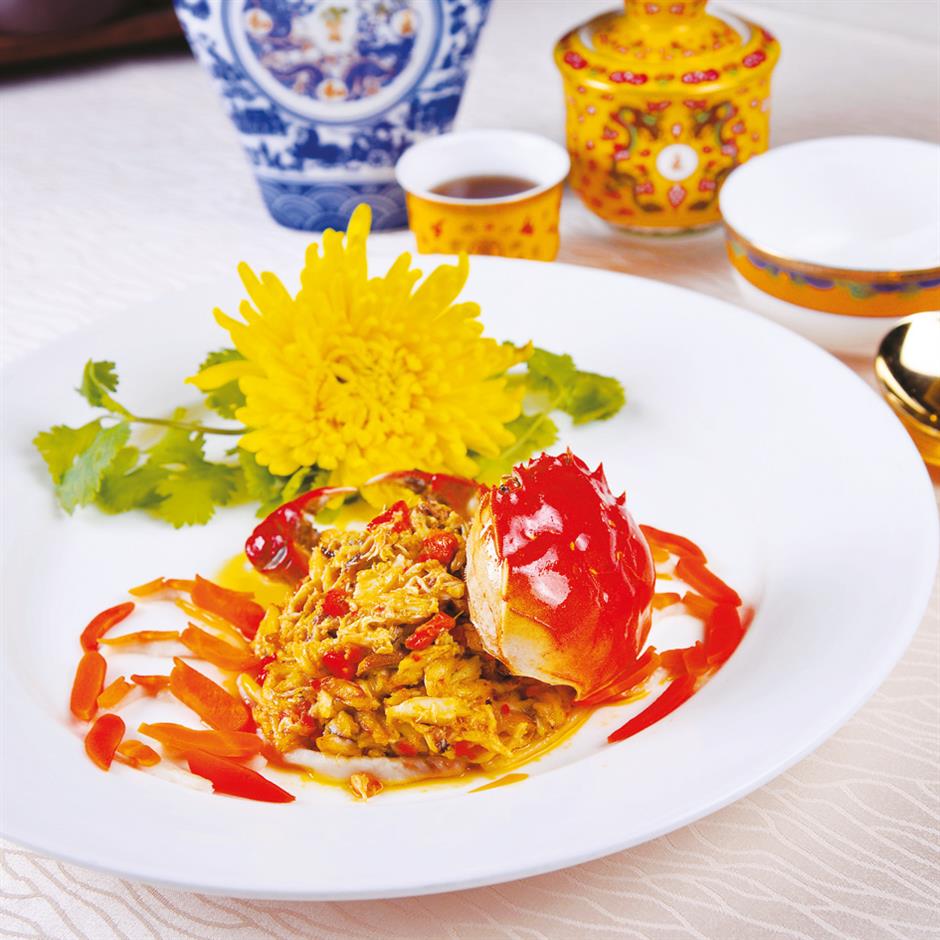 ﻿
Special Reports
﻿
61825
,
Guide for overseas Chinese students during COVID-19 pandemic
A cemetery that celebrates life and death
Nile threatened by waste, warming, dam
Enchanting abode in idyllic tranquility
Connecting nature, culture and people with design
Fancy footwork: An embroiderer finds her niche
How overseas Shanghainese go through outbreak
Counseling eases psychological toll of outbreak
'Support troops' guard the doors to the city
A guardian of the light ... and of hope for Wuhan
EXPLORE SHINE