Learning to coexist with Istanbul's strays 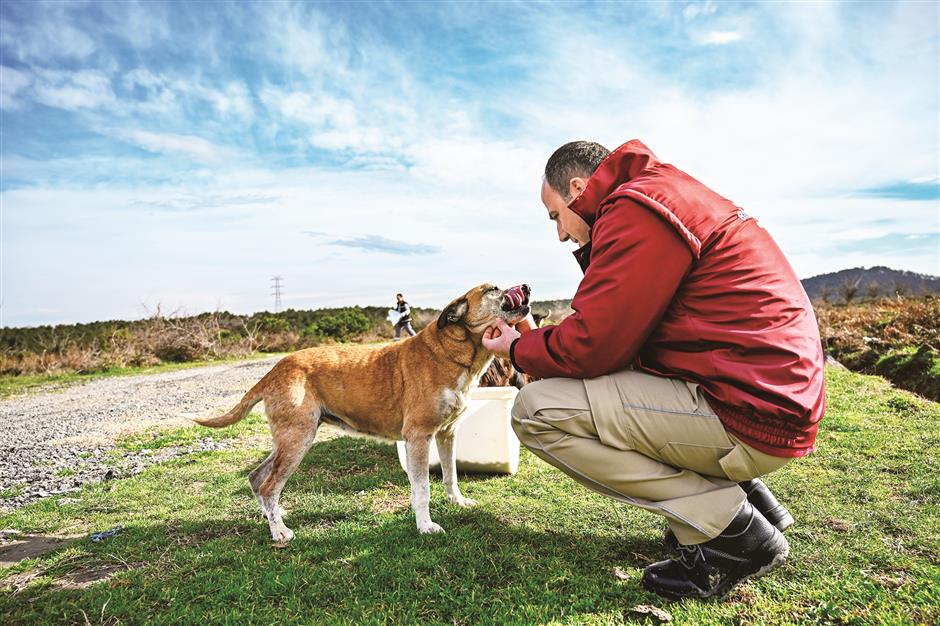 A veterinarian of Istanbul Metropolitan Municipality checks a stray dog.

Concerned for the health of a black cat roaming around the university campus where she works, Mevlude dropped off the feline at the veterinary clinic for street animals run by the Istanbul municipality.

Visitors to the Turkish city, who admire its ancient mosques and Ottoman palaces, are often surprised to see cats and dogs making themselves at home on the streets and watch them taking the best seats in cafes and restaurants without a care for the world.

Like Mevlude, many Istanbul residents try to help these four-legged friends in their neighborhood, putting out bowls of food and offering shelter by their doors or windows.

Now Istanbul officials are increasing efforts to ensure the good health of the street animals, and thereby of the residents who come into contact with them.

That care can be seen at the “Vetbus,” where Mevlude brought the black cat because one of its eyes had been closed for several days. 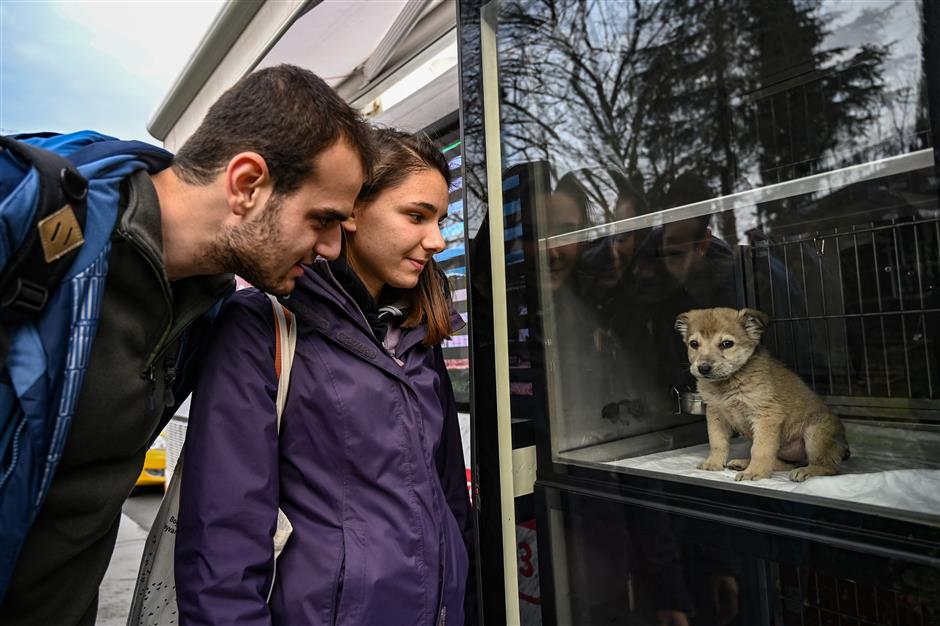 People look at a puppy in a showcase on a Vetbus for adoption in northern Istanbul.

The bus is a mobile clinic stationed for several days in different neighborhoods around the Turkish metropolis.

“We often get in touch with the municipality when we see animals who are in need of care,” Mevlude said, once reassured over the cat’s health whose eyes were now wide open.

“People generally bring the animals that they take care of so that they are given anti-parasite” treatment, said Nihan Dincer, a veterinarian working for the Istanbul Metropolitan Municipality (IBB). And “because people are in constant contact with them, they are also protected,” she added. 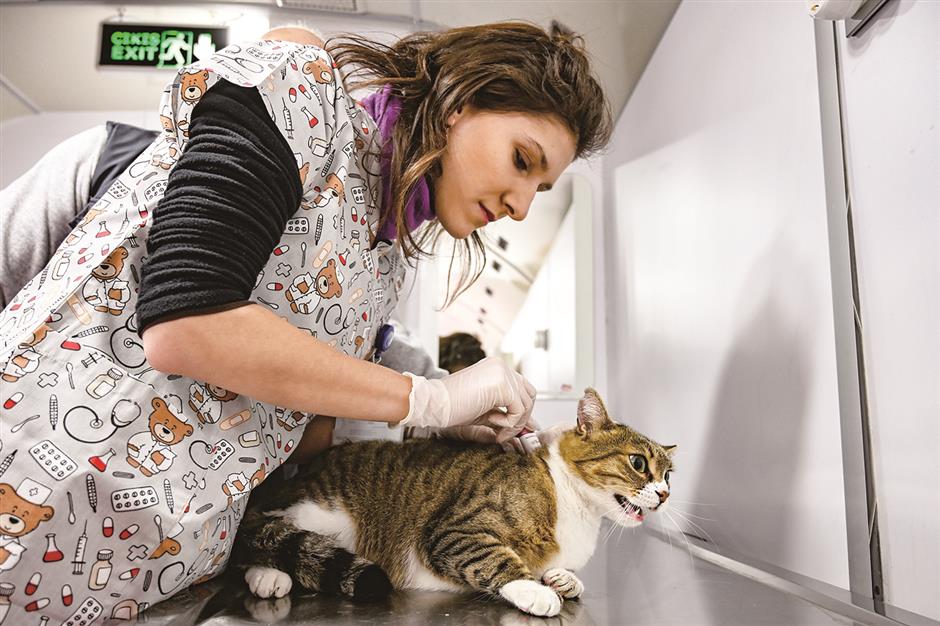 Nihan Dincer, a veterinarian of the Vetbus, checks a stray cat in northern Istanbul.

The attention given by Istanbul residents to caring for street animals partly “comes from the Islamic tradition, and part of it comes from the structuring of the public space in the Ottoman Empire,” Mine Yildirim, a doctoral candidate at the New School for Social Research in New York, said. In Ottoman times, people moved between home, the mosque and the market. The streets were the space for the dogs, the researcher said.

Then in the early 20th century there were extermination policies like in the West. Even in the 1990s, city officials would put poison on the streets to kill animals, said Yildirim, coordinator of the collective “Dort Ayakli Sehir” (Four-legged City). But an animal protection law passed in 2004 forced municipalities to take care of street animals.

In Istanbul, as well as the mobile clinic, IBB maintains six health centers.

The aim is to vaccinate, sterilize and take care of around 130,000 dogs and 165,000 cats who live on the streets, according to the municipality.

The animals, fitted with a microchip, are then taken back to where they were found, except those which are adopted by individuals during their stay at the health centers. 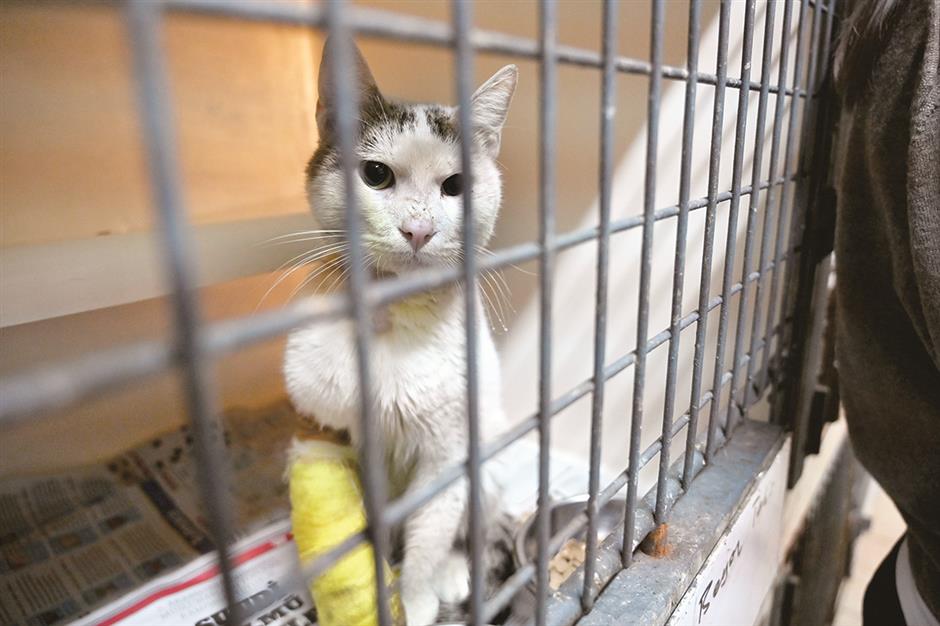 There hasn’t been a single case of rabies in Istanbul since 2016, according to the municipality which employs 100 veterinarians and veterinary technicians.

While the municipality refused to say how much the services cost, Agriculture and Forests Minister Bekir Pakdemirli said last month that his ministry has provided 31 million Turkish lira (around US$6 million) of support to local authorities across Turkey for the care of street animals between 2009 and 2018.

“If people knew how much money was spent on these services, maybe people would be more upset, but these figures are not disclosed,” Yildirim commented.

While animals living on Istanbul’s streets are often well fed, in the forests surrounding the city, “animals don’t have a place to feed themselves,” Umut Demir, also a veterinarian at IBB, said during a patrol in Belgrade Forest on Istanbul’s European side.

So around a ton of food is distributed each day by vans dispatched full of dry food, towards which dogs come running after hearing the horn. 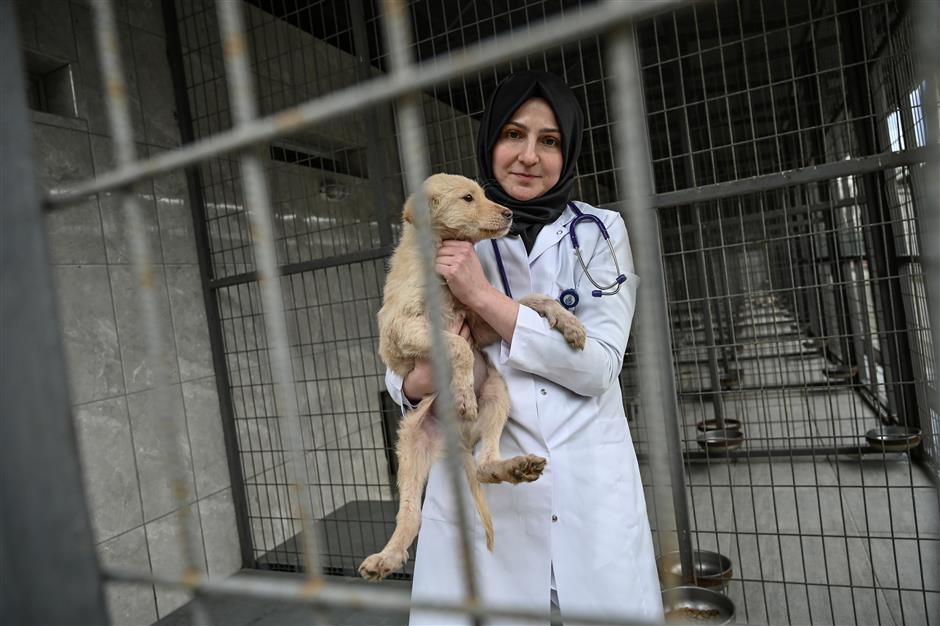 Tugce Demirlek, chief veterinarian of the Sultangazi Health Center poses with a stray dog in Istanbul

According to Tugce Demirlek, chief veterinarian at Sultangazi district health center, the fact that the animals are well fed and cared for ensures that they are calm and limits any aggressive behavior.

But the number of dogs has remained fairly stable in the past few years despite sterilization efforts.

“We sterilize them systematically, but the animals that we do not catch continue to reproduce,” she explained.

Puppies continue to be born every year in Istanbul, like a small golden puppy, only 40 days old, that was found alone, whimpering on the side of a road.

Once examined and chipped, the dog is put up for adoption, its picture displayed in the Vetbus.

One recent afternoon, the puppy attracted a lot of attention, but it still has not found a home. “We will try our luck again tomorrow,” Dincer said.