All's fair in love and war for Brit art teacher

As a former British Royal Marine, it is fair to say Ian Smith has dodged a few bullets in his time.

The 57-year-old spent 10 years in 45 Commando Group Royal Marines, a mountain and arctic warfare group specializing in amphibious deployments. He was in active service during the Troubles in Northern Ireland in the early 1980s and saw action in the war between the UK and Argentina in 1982. The Newcastle-born Englishman emerged unscathed from those military escapades, and time running a successful landscape gardening business in south west London, but he couldn’t escape Cupid’s Arrow.

Love’s most famous archer took him out while studying for a Post-Graduate Certificate in Education as an art teacher at Roehampton University, in London. It was there he met future wife, Zhang Yan, 43, who was studying for a Masters in Business Administration.

“We actually met at a Halloween party,” said Smith, who also graduated from Kingston University with an honors degree in Fine Art and a Masters in Education via the UK Open University program. “It just so happened we were both studying at the same university. I’d seen a Chinese art exhibition earlier that day and asked whether she would like to see it with me. She said yes, thankfully. We liked each other straightway.

“Our relationship grew and we knew we would spend the rest of our lives together. The conundrum was, where do we live? Yan said ‘if you want to be with me, you have to come to Shanghai,’ so I did.”

And, after a difficult period settling in, he now lives with his Shanghainese-born wife, son Rory, 7, and works as an art teacher at Shanghai United International School, Jiaoke Campus. 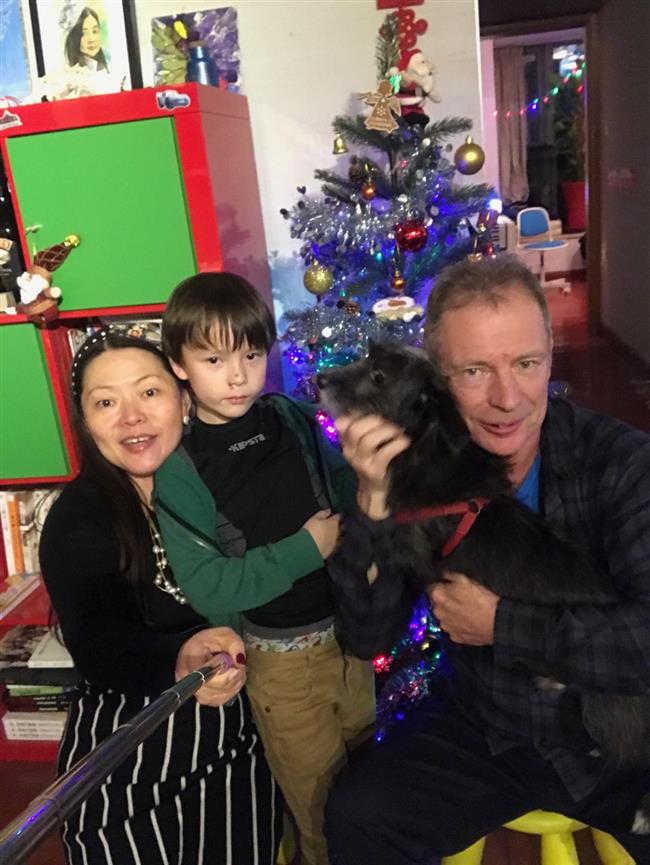 A family photo with wife Zhang Yan, son Rory and JJ the dog

Q: How was it when you first came to Shanghai seven years ago?

Q: How did you get over the culture shock and manage to settle down?

A: I came back to Shanghai a few months later. This time my wife organized some trips all over China. We went to Xi’an, Yinchuan, Inner Mongolia, and Huashan. Then I started to like China after having some interesting experiences with food and people. We also went to Tibet and Qinghai Lake in western China. When we finally came back to Shanghai, I was pleased to reacquaint myself with the city.

I originally did a TEFL course before arriving in Shanghai, so I could teach English until I got a job as an art teacher. But after a very short time teaching English, I got a job interview at SUIS in October of 2012. The school said they wanted me to start tomorrow. This is my impression of how things work in China. You always get some surprises, don’t you? It is cool and I am still here. 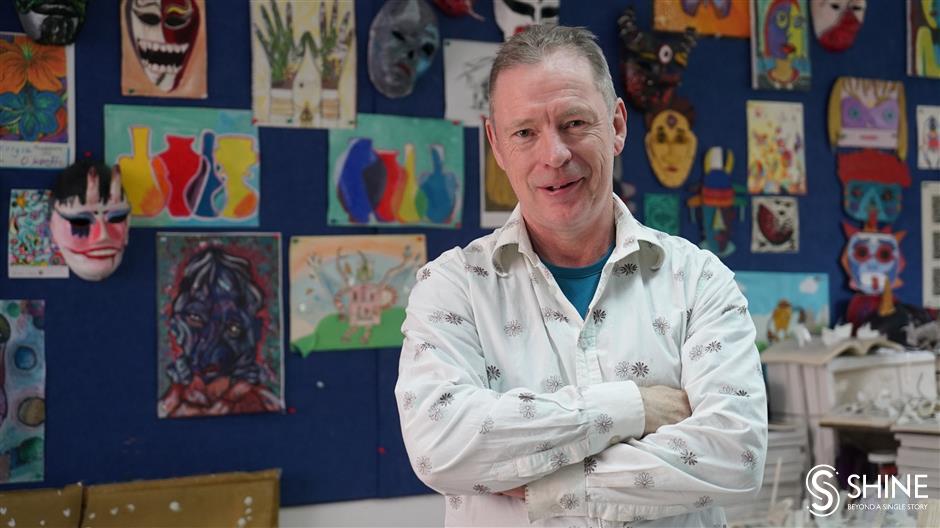 Q: Have you found any good places to go hiking in China?

A: I love being in nature and started hiking as soon as I got here. Huashan, Huangshan, and many places in Anhui and Zhejiang provinces are good.

I also did the Seven Peaks Challenge. We would do 50 kilometers in two days. It was exhausting but I found it very rewarding.

It is good to see so many beautiful parts of China, around Shanghai. At the end of the 2017, I went to Everest or Qomolangma. We spent more than a week there. It has amazing scenery and for me, it was a fantastic experience. 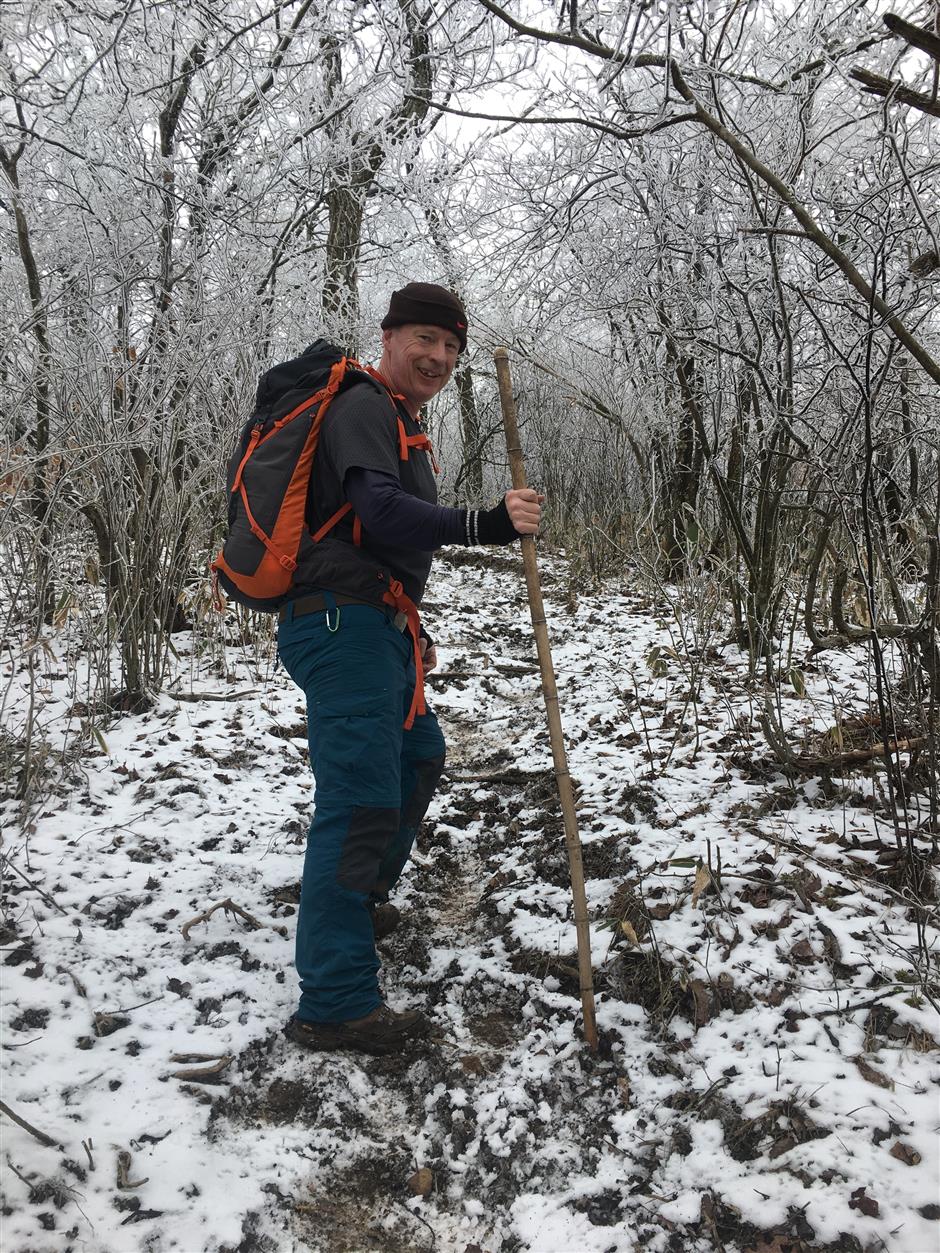 Q: Besides hiking, how do you spend you weekends in Shanghai?

A: I play for an England Veterans’ football team. There are several football teams in Shanghai for expats. They have young fit guys who can play good football, so it is skillful and competitive. Every team is allowed three players under 35 years old, in a team of 11, and eight players over 35. I am 57 and there is another English guy the same age who plays for a different team. One time, he asked, “How old are you?”

I found I am one day older than him so I took senior priority. We joked that he should respect me as his elder, ha ha.

I’m also a supporter of my hometown team Newcastle United. There is a Shanghai Magpies Supporters Club with lots of Geordie expats and Chinese guys, some of whom studied in Newcastle and adopted them as their team. The Magpies is our nickname. We get together most weekends to watch a game in a local bar.

I also take a calligraphy class once a week. I think Chinese calligraphy can help me find a balance in life. It soothes and calms me. 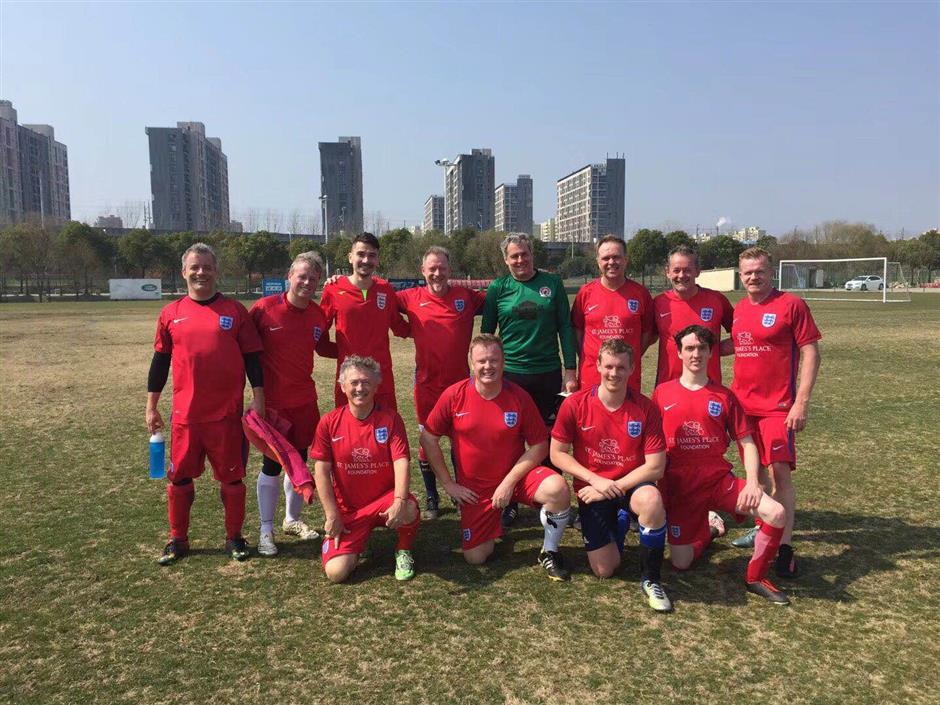 Q: Do you have any interesting stories about your time in Shanghai?

A: I got sick a few years ago and went to hospital. The first thing I saw was lines of people sitting with intravenous drips in their arms. In my country, you only get a drip if you’ve been in a serious accident, like, in an airplane crash. A drip means something really bad happened.

I thought ‘what is going on?’ I guessed there must be a huge crash or something. But about 20 minutes later, I was also one of these people with a drip.

Unfortunately, I got worse. So I stayed in hospital for a short time. When I was finally dismissed, my wife said she had prepared some special food for me, something for people who try to recovery from their illness.

I went to the kitchen to see what she was making me and saw a big pot of sauce on the stove. I lifted the lid on the pot and jumped, because I got a fright. There was an enormous fish head with eyes just staring at me. For Yan, this was an act of kindness, but in England, we just don’t eat fish heads.

Q: What makes you love Shanghai?

A: The thing I really love is the Chinese students I teach. It is great to watch them go up through the grades, develop and go to university. They generally come to say goodbye when they leave, which is always touching and very rewarding. Art and being an art teacher is my passion, so I think I’ve got quite a good life. 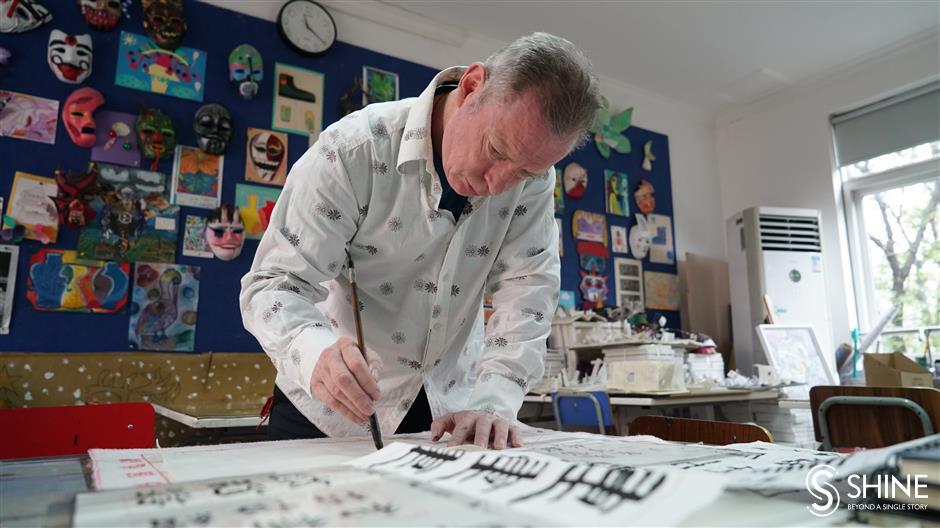 Q: If you were to offer one piece of advice for people moving to Shanghai, what would it be?

A: Even when you have been in Shanghai for a long time, there are still a lot of surprises based around human interaction. Things change very quickly, so I would say to new people coming to Shanghai — expect the unexpected.

What does Ian want to say to himself in the future? Have a look! Ian is sending a message to himself 10 years from now!