Designer in the business of making children happy 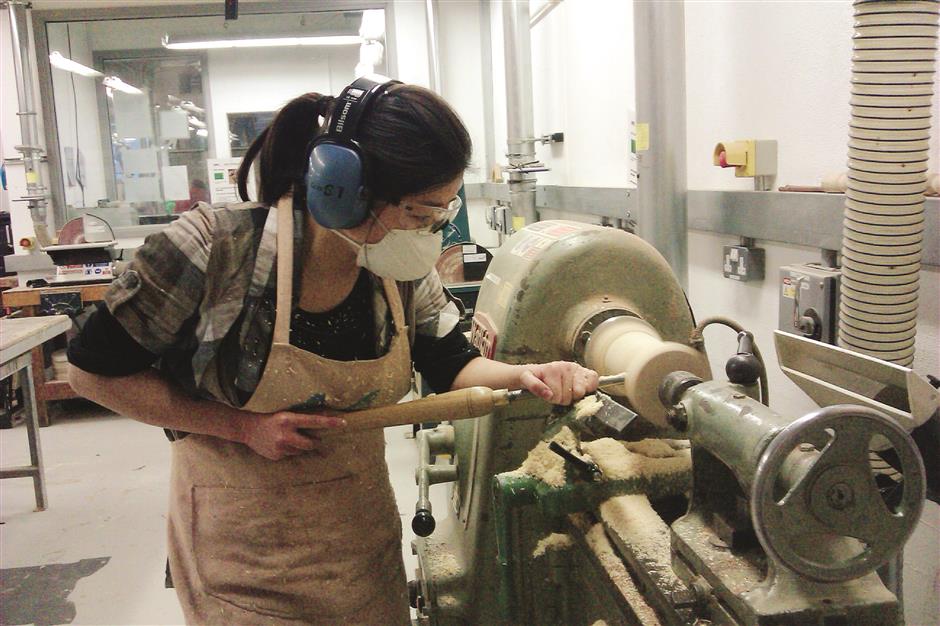 Yang Sha, a lecturer at Jiading District’s Shanghai Art and Design Academy and founder of the Rainbow-dream Art Creative Studio, says her creative work is centered on happiness and her design efforts are a tribute to children and childhood.

Yang majored in product design at China’s Central Academy of Fine Arts in 2006. Fond of woodcraft, she spent most of her time in the school’s woodcraft studio.

Her efforts bore fruit as her graduate design, “Build a Home for Our Childlike Innocence — A Set of Children’s Furniture,” won a batch production permit after it was displayed at the graduate exhibition. It was then that her dream of designing for children was forming.

By mid-2010, China had no mature or original child goods design company. Most children’s goods companies were engaged in processing services. Yang, with a simple belief of doing something for children, chose to further her studies in the UK, the home of Beatrix Potter, Yang’s favorite artist for children. It is also a country where children’s creative thinking and design criticism are highly regarded.

It might be the place where she could find a way to realize her dream, Yang believed.

At the University of the Arts London, one of the top three art schools in the world, Tang’s two years’ study won her respect and praise for her hard work and she was honored as a “distinguished student” in her final graduate certificate.

She met her life mentor Robert Race, a wooden toy artist in Britain, during that period. Race’s concept of movable art toys deeply touched her. Talks with Race provided her another perspective.

She learned how wooden toys could trigger children’s imaginations to the maximum, how the sustainability of wood also increased toys collection and aesthetic values, and how movable mechanical parts of the toys’ can interact with children and engage them in play.

Britain and its art inspired Yang to exert her creative passion to the fullest. She also spent her spare time visiting places such as the V&A Museum of Childhood and Pollock’s Toy Museum in London, the Toy Museum of Catalonia in Spain and Finland’s Suomenlinna Toy Museum.

Yang returned to China in 2013 when first-tier cities like Shanghai and Beijing had a relatively relaxed settlement policy for foreign-educated Chinese students. But she ignored the green settlement channel and highly-paid furnishings design job positions in the big cities, and instead headed for Ningbo in east China’s Zhejiang Province to pursue her dream of designing wooden toys for children.

Hape Toy, a global top three wooden toy design company, is in an industrial park in Ningbo. Working for Hape, Yang gained the most professional toy production experience. Toys she designed were put into production many times. Among them, her “Vintage Wheelbarrow” went on the US market, gained a star of innovation award at the 2015 China Infant and Children Supplies Competition and was nominated for a German Golden Rocking Horse Award.

Yang became a teacher at the School of Product Design, Shanghai Art and Design Academy in 2014. Nourished by the culture and tradition of the academy, Yang, with her rich factory experience, continued her research on woodcraft.

It was when working at academy that Yang met her future husband Ruan Tao. Ruan graduated from Donghua University, majoring in comprehensive art design. He now teaches exhibition design at the academy.

The couple opened their Rainbow-dream Art Creative Studio and its logo is one from her “Roly Poly ‘Contentment’” — the rainbow roly-poly designed by Yang. Together the two pursued their dreams. Yang was in charge of the earlier stage creation and development, whereas Ruan fulfilled the responsibility of the later stage structure anatomy and manufacturing promotion. They joined forces in creating many original wooden products such as “Gyroscope Color Mixing” and “Themed Window Display.”

Yang said: “Love and creation are the best things in this world and to create in our inner childlike voices will make the process simple and happy.” 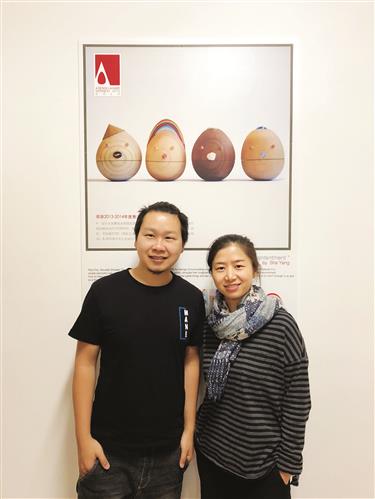 Yang and her husband Ruan Tao 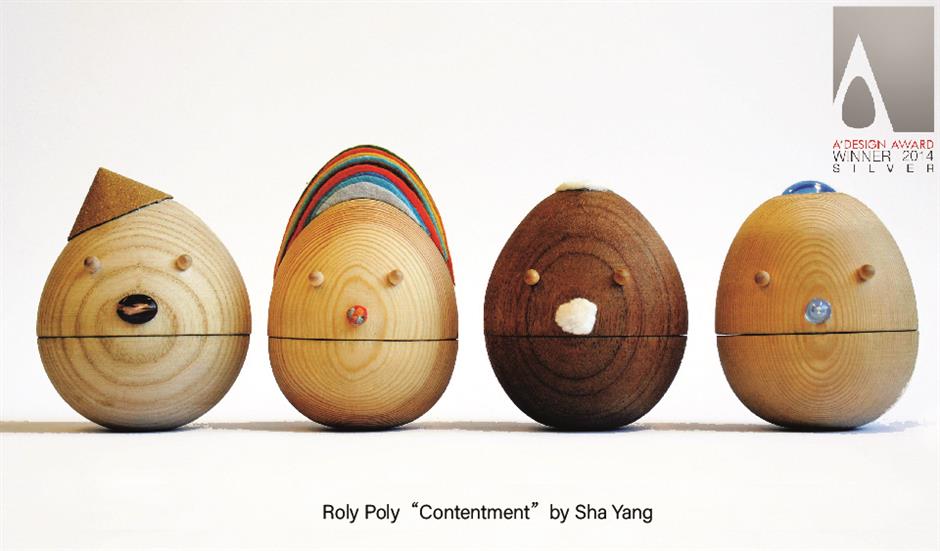 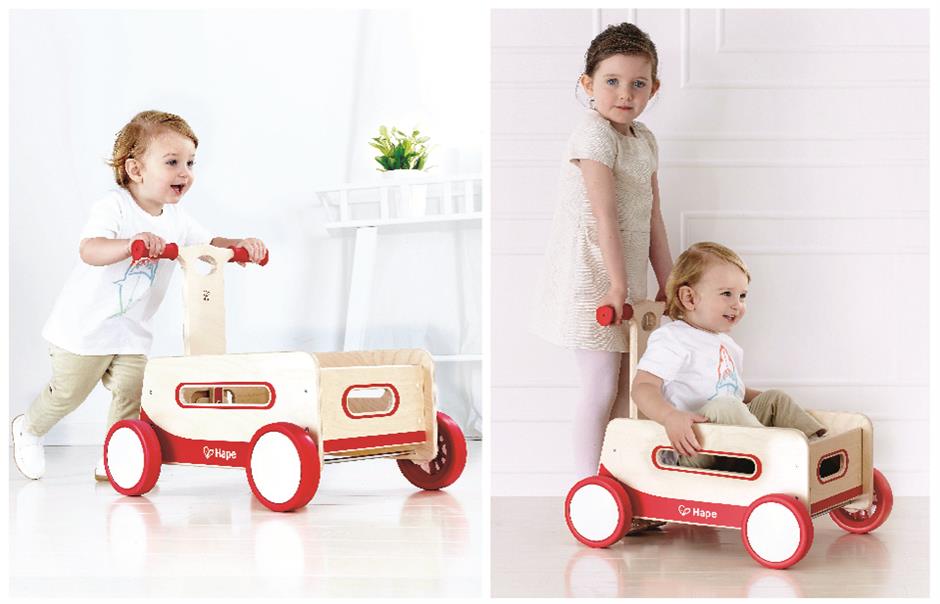 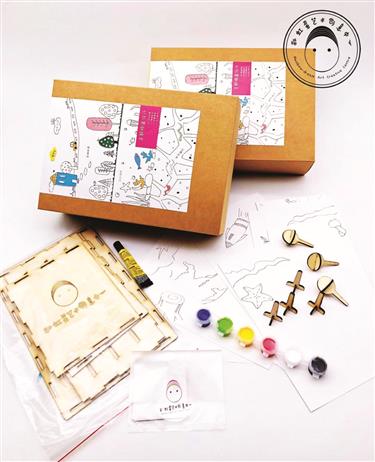 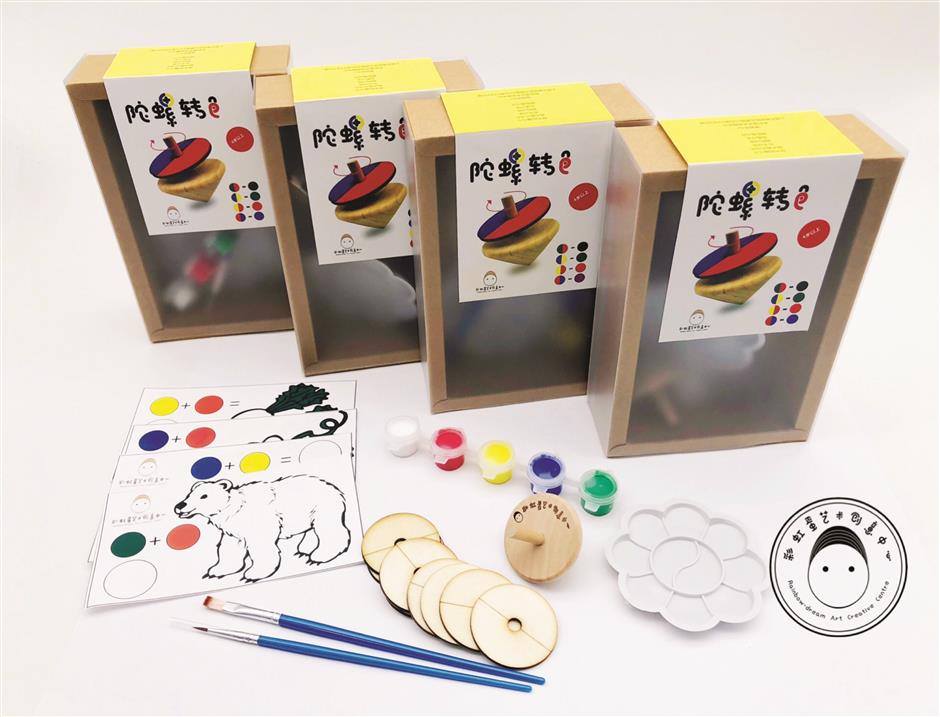