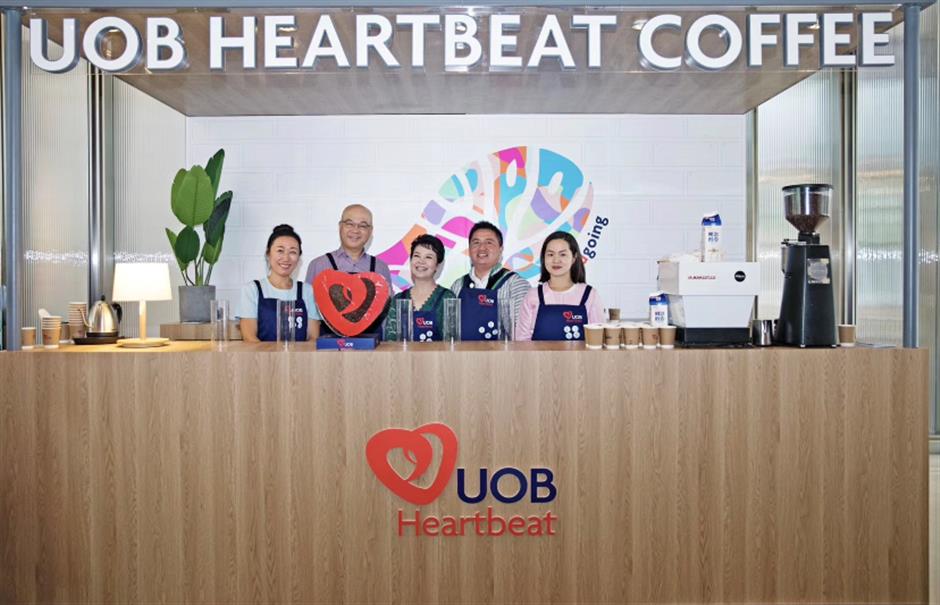 A charity pop-up coffee shop opened its doors to the public yesterday in Shanghai as part of United Overseas Bank China's efforts to give back to the community.

The UOB Heartbeat Coffee shop is on the first floor of the bank’s headquarters in Pudong New Area.

Get a taste of Yunnan coffee from Fuxing rural cooperative from Manying village in Yunnan Province's Nujiang County.

At yesterday's opening event, Su Fuwei, the president of Fuxing rural cooperative, expressed thanks to all the people who have helped him and his farmers.

The Fuxing cooperative he founded now include 102 ethnic Suli coffee farmers. His aim is to use this platform to build a profitable coffee industry that will benefit the local people.

“Many young people leave their hometown for big cities to seek big fortune, but I want them to come back because through coffee plantations we believe we can make our hometown a better place. Their parents and their children will not be left out, either.

“Through the two-day event, I want more people to know that we really have great coffee.”

Su’s coffee story with UOB China started in 2017. Back then, the bank was doing a charity online course for students from impoverished areas in Yunnan.

When UOB volunteers visited those regions, they found that many students’ families’ main income was from coffee.

But lack of transportation and limited sales channels kept profits down.

Since then, UOB China has helped Su’s cooperative, from buying coffee beans to use in all UOB branches around the world and at its events, to charity sales.

The UOB Heartbeat Coffee shop is part of the bank’s 2019 charity season that aims to build a sustainable charity system that will attract more enterprises and people to join for the benefit of all.

Other events include an art exhibition in its lobby from June 12 to July 12 showing Tangka artworks created by students financed by the bank as well as a charity run scheduled on July 7.