Through August 9, the Museum of Contemporary Art invites you to visit the "Miss Dior Love N'Roses."

It is dedicated to the story of a legendary perfume "Miss Dior" and shows many exclusive pieces from the Dior fashion house, including vintage dresses, photos and the evolution of perfume bottles. You can also explore artworks created by contemporary artists Lara Baladi and Urs Fischer. 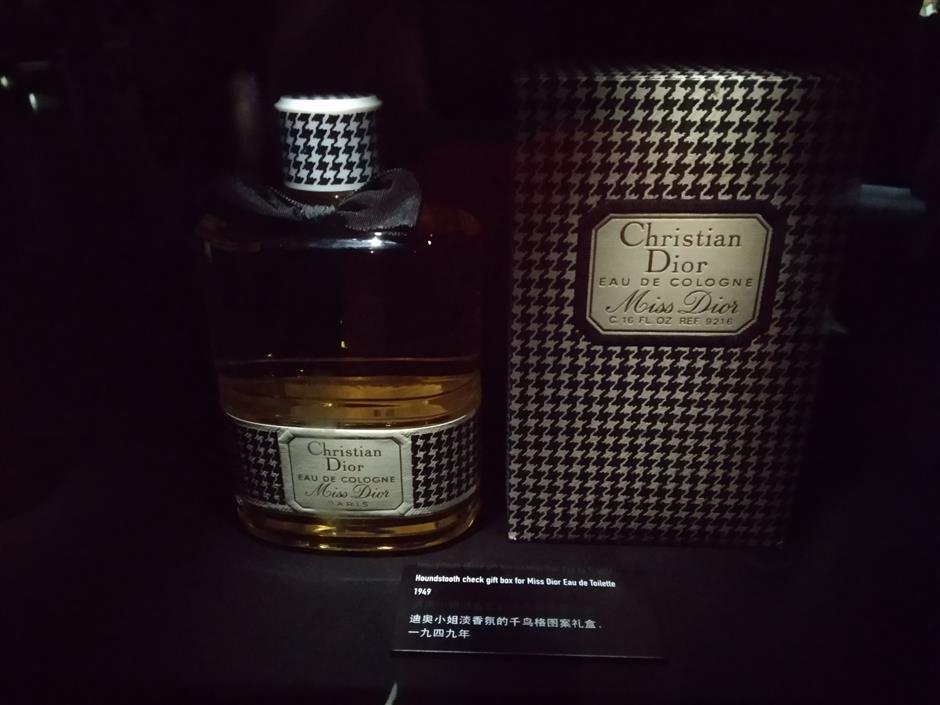 Founding his fashion house in 1946, Christian Dior focused only on one goal — to reshape the female style and bring back elegance and femininity in the post-World War II era.

Dior's 1947 collection shown off in Paris made a splash among Parisians and gave rise to the "New Look" style.

Dior wanted his models to look like flowers, so his focus was on the waist and puffy skirts.

But the gem of that collection was a perfume which had to be the final touch to the complete image of "New Look."

The first release of perfume was very limited — only 283 bottles in the form of hand-painted amphorae, reminiscent of a female silhouette. 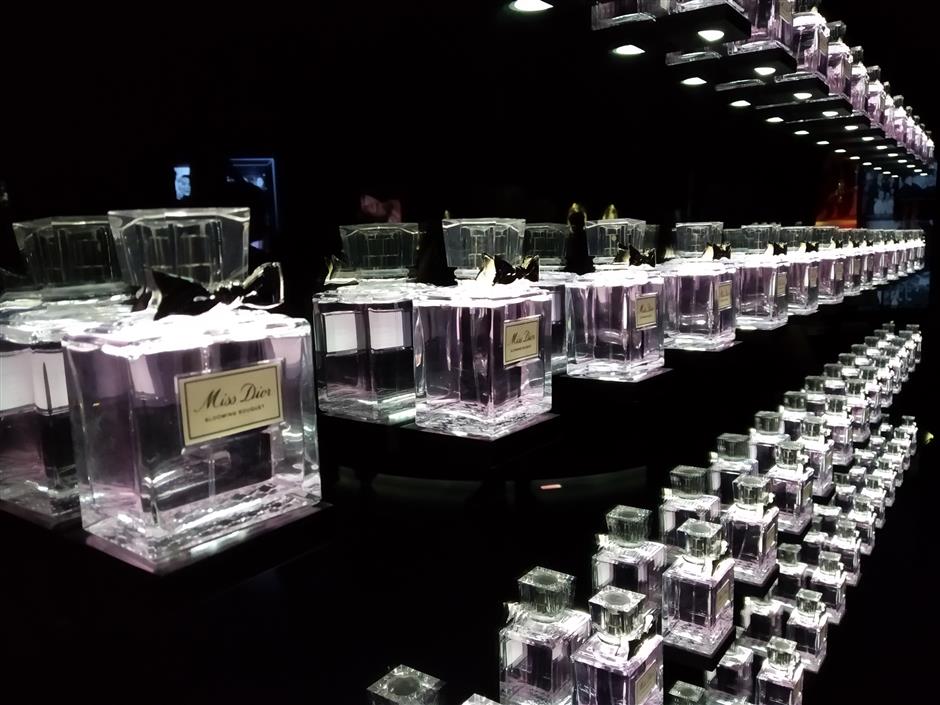 Miss Dior perfumes at the exhibition.

Then Dior realized that people associate amphora with something old and decided to reshape the form of bottle and it became rectangular one to make it more revolutionary.

The fragrance has two "fathers" — an independent perfumer Paul Vasher and the legendary Jean Carles, the chief perfumer at Roure-Givaudan.

Dior asked them to "make him a perfume that smells of love." Together, they developed compositions and perfume bases.

Corional 3975 and Sylvanol 3979 became the basis of the perfume "Miss Dior." The perfume has changed many times, but the idea is always to be the fragrance "that smells of love." 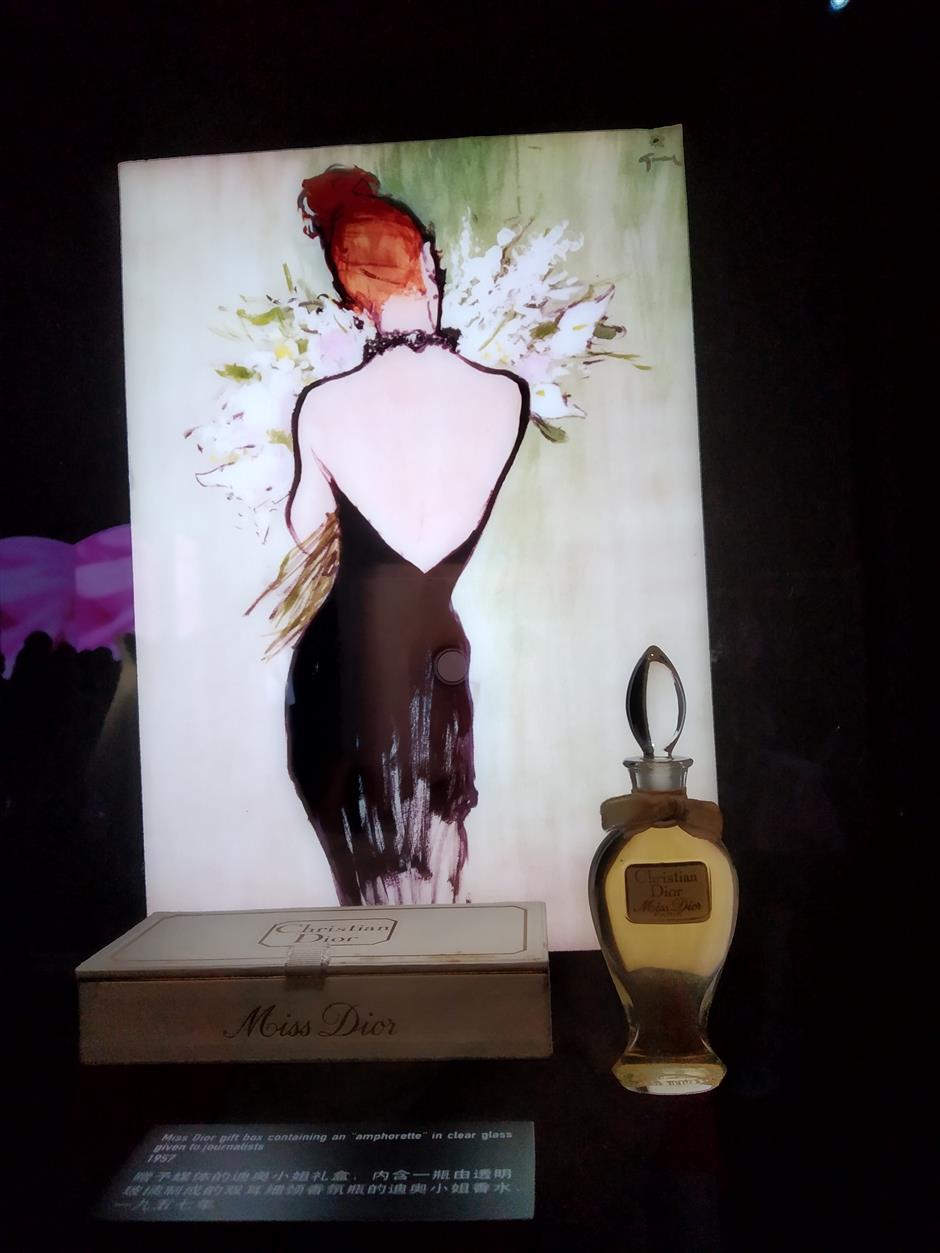 Miss Dior gift box containing an "amphorette" in clear glass given to journalists, 1957.