'Relaxed luxury' and a 'pursuit of comfort'

Architect Andre Fu has been a powerful influence behind several of the globe’s first-class hotels. His forward-thinking designs, with “a sense of relaxed luxury” and “underlying pursuit of comfort,” has graced several landmark hotels in his native land from the Upper House to the more recently opened The St. Regis Hong Kong.

The Hong Kong native has always been reluctant to define his style as every project has its own unique take which embraces a particular vision.

For The St. Regis Hong Kong project, he wanted to retain the authentic feeling of what the brand means to him yet equally ensure that it is modern and relevant to the city today.

“The Astor family opened The St. Regis in New York City in 1904 as a place to accommodate and entertain his friends and family, and I wanted to recreate its sense of tradition and the gracious atmosphere of a private residence. I began by creating a grand arrival experience,” Fu said.

The almost 60-foot-high charcoal grey stone porte conchere, which features a dramatic vertical waterfall, is a tribute to the scale and grandeur of Manhattan. 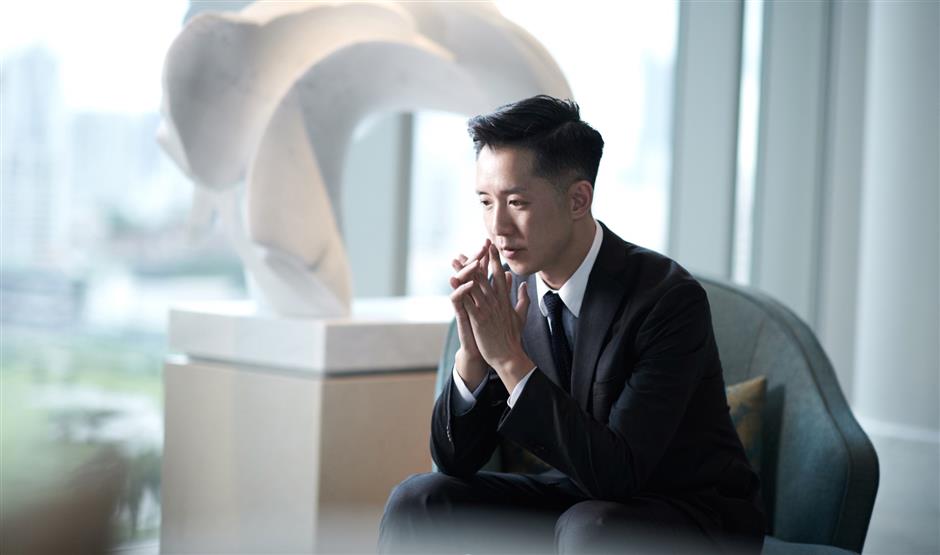 Architect Andre Fu has been a powerful influence behind several of the globe’s first-class hotels.

“My design narrative for the interiors reflects my personal memories of Hong Kong, depicting the city through silhouettes of the past, touches from the Old World. There are subtle details throughout, some inspired by the city’s street lamps, others by architectural cornices or architraves that were in the city. It captures the feeling of the destination,” he said.

“I wanted to go deeper than the stereotypical concept of lanterns, junk and temples and tap into my own memories of the city.”

The heritage of Wan Chai, where the hotel is located, has also informed Fu’s design concept. For instance, there is a corner column  from Wan Chai Police Station with many full-height detailed panels and stone architraves throughout the hotel.

The authentic gas lamps also inspired the bespoke decorative lighting that he created in the Great Room. Meanwhile, the guestroom headboard is drawn from the shutter doors of the former pawn shops and traditional shophouses in the neighborhood.

“I wanted the hotel to feel like a luxurious private home away from home, a very elegant, timeless property with the integrity of a classic hotel but, given it has just over 129 rooms, very private and intimate.”

The selection of materials used in the space reflect his personal design language — with genuine materials such as marble, timber and bronze as three of the key sources that have been used to create his curated mansion.

On the second floor, within the spacious Great Room, a sense of drama is created through the soaring ceilings and expansive windows that flood the room with light, while the palette of cool greys and sage greens add to the sense of luxury, grandeur and airy openness. 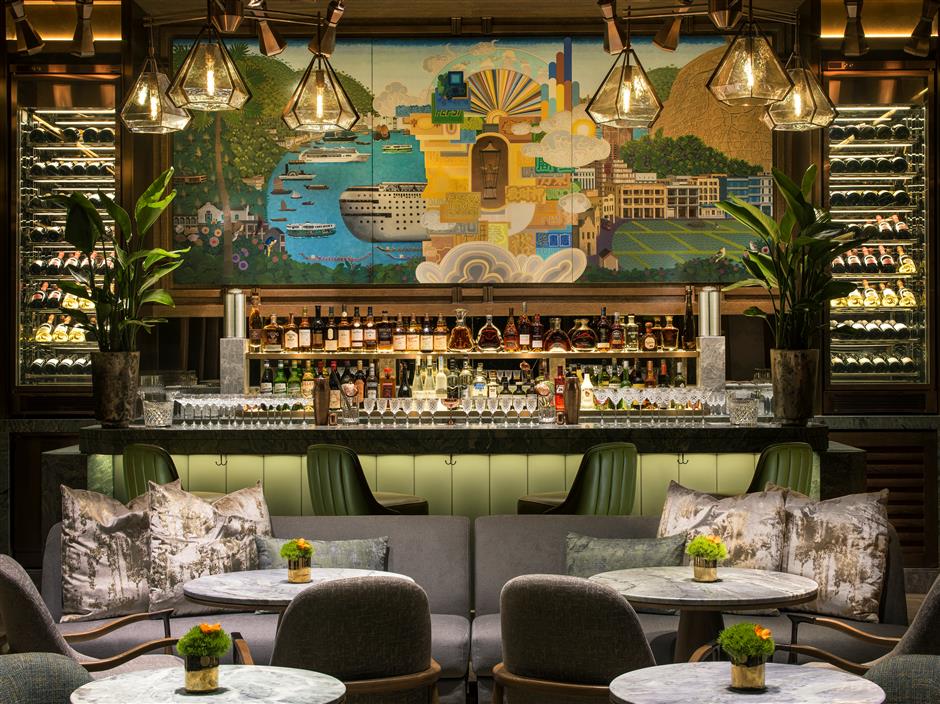 Andre Fu’s personal favorite area of the hotel is the St. Regis bar.

A massive chandelier, called The Skyline — as a tribute to the city’s impressive skyline — was designed by Fu for the space.

“I consider it as a key feature in the hotel. It is a bespoke creation from my Tac/Tile hand-blown glass pendants series by Czech glass specialist Lasvit,” Fu said.

Within the adjacent Drawing Room, Fu has taken inspiration from the works of Charles Rennie Mackintosh with an interlocking geometric composition of sixty-three fluted glass lanterns.

Fu’s personal favorite area of the hotel is the St. Regis bar.

“I feel the bar best represents the ambience of the original St. Regis New York and its King Cole Bar. Its centerpiece is the hand-painted animation by Beijing artist Zhang Gong, inspired by a similar mural by Maxwell Parrish in the New York St. Regis, which depicts many of Hong Kong’s most famous historic features such as old Wan Chai, the city’s historical ferry and colorful street scenes set against the old buildings,” Fu said.

The designer always believes it is the thoughtfulness of a hotel experience that connects with the heart of its visitor.

“It is the feeling that an environment is able to provoke an ambience that makes a guest feel at ease and fully immersed,” Fu Said. “To me, when a space is designed well, the interior should almost disappear.