'Vampires' at special Halloween parties are out for blood

In 2008, surgeon Ashish Maskay was passing through the hospital lobby when he saw a unit of the Shanghai Blood Center set up there to solicit donations. Without hesitation, he rolled up his sleeve and donated blood.

The small deed started a decadelong campaign by the 48-year-old Nepalese native to help promote blood donation in Shanghai. His main vehicle is a network he founded called Bloodline, which encourages hospitals, nonprofit organizations, companies and other entities to band together to collect more blood.

“I used to do a lot of social service work back home in Nepal, and I have also donated a lot of blood personally,” said Maskay, senior orthopedic assistant surgeon at Shanghai United Family Hospital. “But that first donation in Shanghai changed a lot. The blood center asked me if I wanted to be a regular donor and later a volunteer, and I said yes.”

For years, he participated in many activities promoting blood donation, supported by family, friends and colleagues.

He was inspired to found Bloodline by an incident that occurred several years ago. It started with a French woman who was in Shanghai visiting her boyfriend. The couple were involved in a scooter accident and the woman was sent to Shanghai United Family Hospital. She needed surgery on a bleeding liver.

“The incident made me realize the power that people have and that we need to do something to tap that power,” he said. 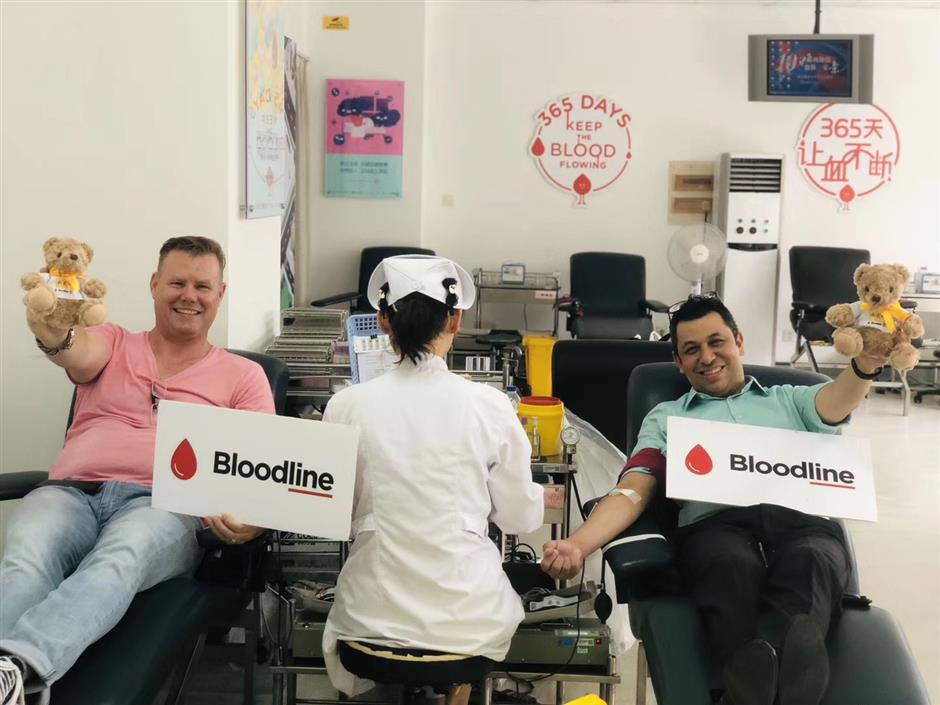 Maskay’s (right) main vehicle is a network he founded called Bloodline, which encourages hospitals, nonprofit organizations, companies and other entities to band together to collect more blood.

In cooperation with the Shanghai Blood Center, Bloodline’s official WeChat account BloodlineFamily publishes an event calendar, FAQs and other messages of importance to both local and expat donors. People in need of blood can ask for help through the platform.

“We don’t want your money; we want your blood,” he said.

Bloodline looks for innovative ways to encourage donations. For the past two Halloweens, for example, blood donation events were held in the form of parties. Participants dressed as vampires, witches, superheroes and other costumes sat down to give blood. The event will be held this year on October 26.

“We want to make people feel proud about donating blood,” Maskay said. “It’s not that they do it for compensation or rewards, but rather out of the sense that they are doing something for others.”

He added: “The problem is that many people don’t realize the importance of blood donations until they need a transfusion themselves. We want to change that concept and make people realize that donations are not just for others but perhaps also for yourself.” 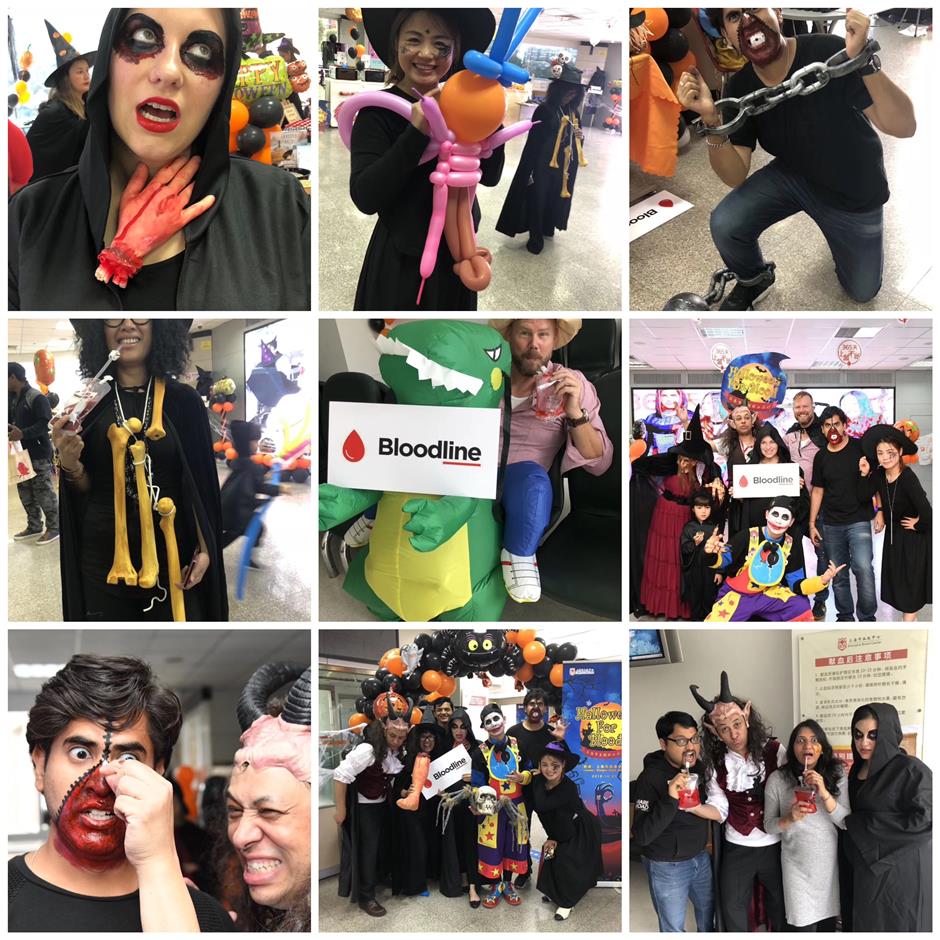 For the past two Halloweens, blood donation parties were held to encourage participation.

In China, he said, there is no long, established tradition of giving blood. Younger people tend to understand the idea better than their elders. Donating can be addictive, that is to say, after the first few donations, people feel compelled to keep giving.

“From the medical perspective, there is no harm to health in donating blood,” he said.

His enthusiasm for social services might come from his father, who was also a doctor and often waived fees for people who couldn’t pay for care.

After finishing education in the United States, UK and Bangladesh and working for two years in Nepal, Maskay received a scholarship from Huashan Hospital in Shanghai and came to the city. Although he struggled with the language barrier and other difficulties in the beginning, he came to love Shanghai and has started a family here.

“If my job feeds my body, then volunteering feeds my soul,” he said.

He remembered the time several years ago when he and his team went to Shanghai Children’s Hospital to entertain children suffering from cancer. The children were happy and their parents deeply touched by the volunteers’ action.

“One of the parents told me that it might be the happiest day of her child’s short life,” he said. “It was very emotional and reinforced the feeling that helping others is essential to my life.”