The 2019 Ironman 70.3 Shanghai Chongming Station at Mingzhu Lake Park was concluded in glorious sunshine and hailed an overwhelming success. Over 1,300 competitors took part in the endurance test southwest of Chongming Island where Portugal’s Filipe Awzevedo and America’s Kelsey Withrow crossed the line to take first prizes in the men’s and women’s competitions.

The 2019 Ironman 70.3 Shanghai Chongming Station was held at Mingzhu Lake Park in Chongming on October 20, attracting 1,318 competitors from 67 countries and regions. Among the competitors were 178 who joined the challenge for the second year in a row. 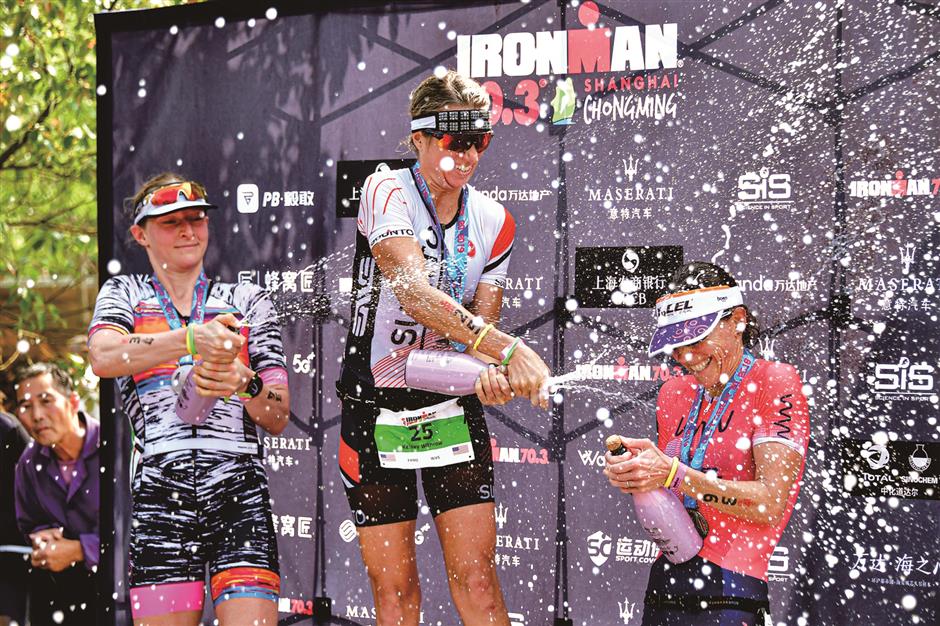 Kelsey Withrow (center) from the US, Frankie Sanjana (left) from Great Britain and Rebeccah Wassner (right) from the US celebrate with champagne after the 2019 Ironman 70.3 Shanghai Chongming Station. Withrow was crowned women’s champion in a time of 4:16:51.

The 2019 Ironman 70.3 Shanghai Chongming Station at Mingzhu Lake Park in the southwest of Chongming Island was a roaring success.

The contest held October 20 attracted 1,318 ironmen and ironwomen from 67 countries and regions, who were divided into professional, age and relay groups. Among the competitors were 178 who joined the challenge for the second year in a row.

Portugal’s Filipe Azevedo won first prize in the men’s professional competition in a time of 3:47:01, while Kelsey Withrow from the US took the women’s honors, clocking in with 4:16:51. 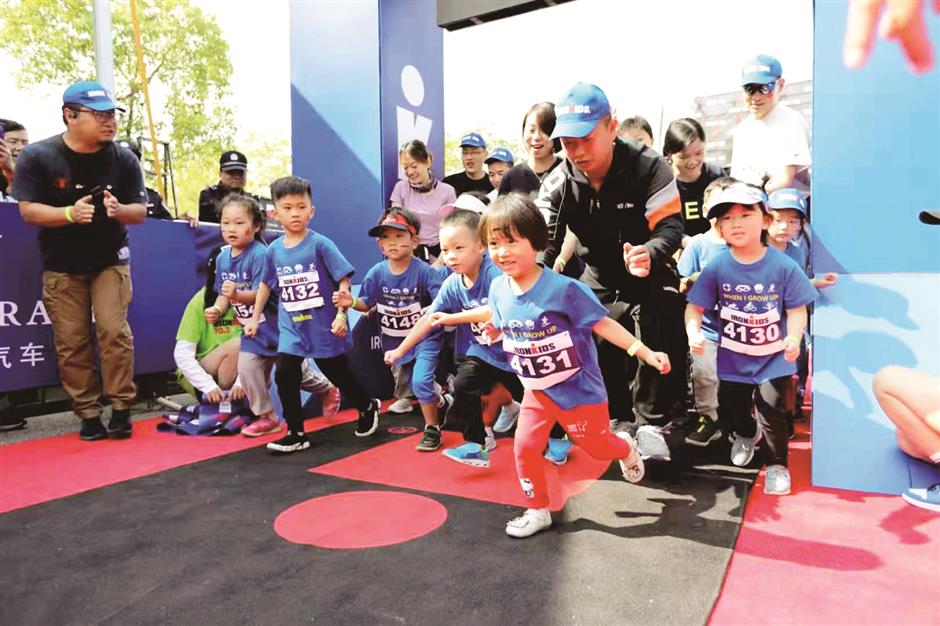 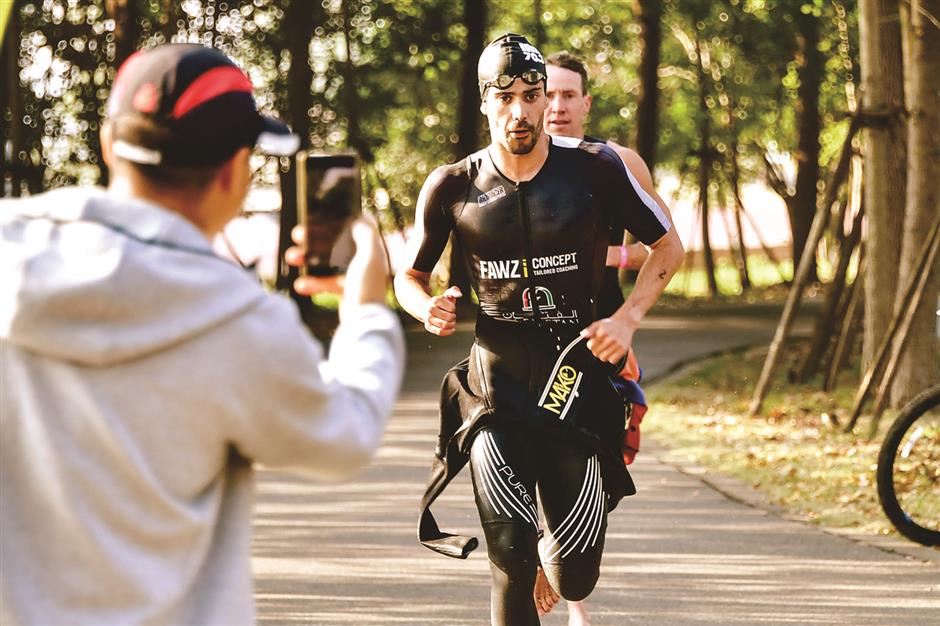 Locals cheer for the ironmen.

The swimming and running sections were held at the Mingzhu Lake Park while the bicycle race track kicked off on Sanhua Road and Chenhai Road.

“This is my second time at Ironman 70.3 at Chongming Station and I am glad to have won first prize in such a nice racing environment,” said Azevedo. “We all love China very much.

“The bicycle race track was flat and safe while the landscape of the running path around the lake was enchanting, allowing us to compete with confidence and concentration.”

“I was kind of nervous at the swimming section,” said Withrow. “Then I adjusted my mood and put in a spurt at the running section.”

Miao Hao who won first prize among Chinese players with 4:01:05 is very proud of himself. As his second year, he said the racing environment is delightful. He plans to take his wife and new-born baby next year.

Mingzhu Lake Park, as a 4A national tourist attraction, has 50-percent forest coverage and 3,000 mu (200 hectares) of natural freshwater lake. As a paradise of sports, it hosts various sports events including jogging, football, basketball, tennis and water sports such as kayaking, rowing and dragon boat racing.

Moreover, the 10th China Flower Expo, a 100-day event, in 2021 will build a more enchanting environment for sports lovers from all over the world.

﻿
Special Reports
ADVERTISEMENT
61759
,
Guide for overseas Chinese students during COVID-19 pandemic
A cemetery that celebrates life and death
Nile threatened by waste, warming, dam
Enchanting abode in idyllic tranquility
Connecting nature, culture and people with design
Fancy footwork: An embroiderer finds her niche
How overseas Shanghainese go through outbreak
Counseling eases psychological toll of outbreak
'Support troops' guard the doors to the city
A guardian of the light ... and of hope for Wuhan
EXPLORE SHINE