What's in the box? You pay your money, take your chances

Life is like a box of chocolates; you never know what you’re gonna get.” Tom Hanks’ famous line in the movie “Forrest Gump” has taken on a new meaning in Chinese consumerism.

To Wang Dandan, the word “chocolates” should be replaced by “designer toys.” Having maintained a bittersweet relationship with such toys for half a year, he is about to open yet another “blind box” of new mini figures.

The Sonny Angel Cherry Blossom series sits his desk — a typical example of designer toys, also known as “art toys.” This new series includes six different styles of mini figures — one is the quite-hard-to-get “hidden style” and another is an extremely-hard-to-get “Robby” style. The “blind boxes” all look the same, so you don’t know which style of figures you are getting until you open the box.

Many consumers have become addicts of collecting such vinyl or plastic toys, and the costs can run up quite quickly. In a shop on Alibaba’s e-commerce platform Taobao, a set of 12 boxes of figures costs 99 yuan (US$14). According to the shop, there is one “hidden style” in every 12 boxes and one “Robby” in every 144 boxes.

“I have never expected to get a ‘Robby,’” says Wang. “I’d have been more than satisfied to have collected all four regular styles and gotten a ‘hidden style’ with the first set.”

Wang follows a ritual before opening the boxes. He prays to Buddha and fingers some Buddhist beads before he removes the box lids. Two minutes later, he sits there with a heavy sigh. There is no “Robby” and no “hidden style” in the boxes, and he didn’t even get to collect all the normal styles.

“This is my routine,” he comments in the live stream. “Such is the luck that has followed me from day one, when I started to buy designer toys.”

Wang’s experience echoes that of many of his online followers, most of whom are also obsessed with such toys. In China, art toys are translated as manghe, literally meaning “blind boxes,” which pretty well describes the randomness and uncertainty of this consumer trend.

Collectors say they “jumped into a pit” when they started to succumb to art toys. The desire to buy and collect such toys is like an immense pit that is hard to fill up. The only thing filling the pit is the money that those selling the toys rake in.

It is not uncommon for these “pit jumpers” to spend more than 10,000 yuan on art toys in a year. However, if one owns a “hidden style” or a “Robby,” the value of the toys soars dramatically, so some buyers view designer toys as a form of investment.

According to a recent report on the Singles Day online shopping spree issued by Alibaba’s Tmall, sales of designer toys increased 368 percent from last year. Most buyers are people 23 years and younger, mainly from the cities of Beijing and Shanghai and the provinces of Guangdong and Zhejiang. 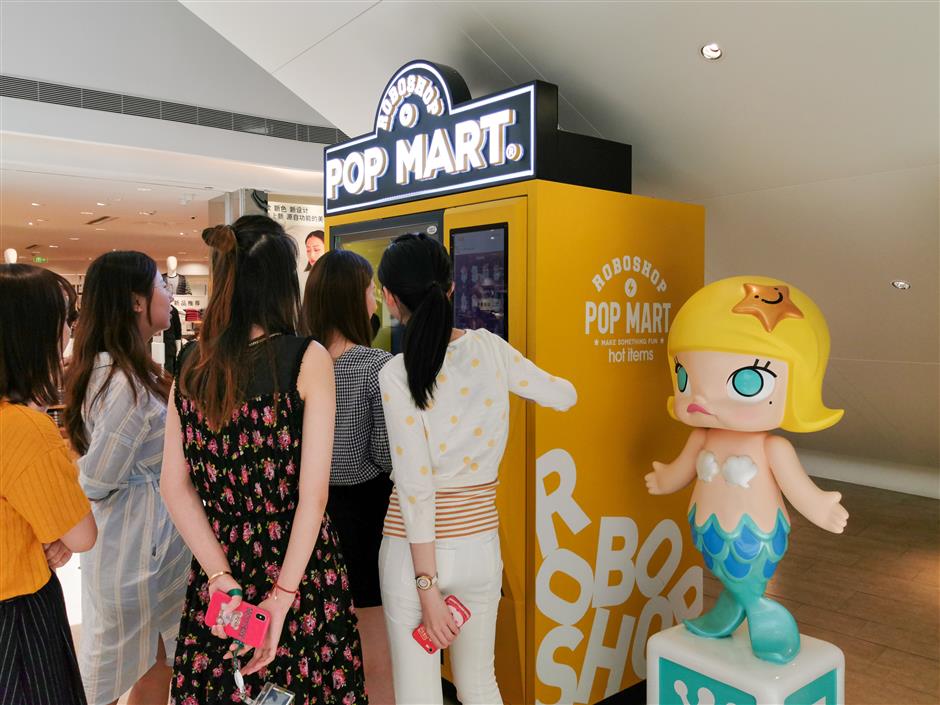 On Taobao, the most popular art toy franchise is Pop Mart. The Beijing-based company signed a contract with Hong Kong artist Kenny Wong, who designed the Molly doll, a wide-eyed girl that became one of the best-selling designer toys in China.

Pop Mart also signed a contract with a Hong Kong artist who calls herself Pucky. She grew up in Canada, where she studied art. Back in her hometown, she designed an eponymous series of toys that has proven immensely popular.

It’s not uncommon for some buyers to spend tens of thousands of yuan on the toys. The money is spent little by little, before many of them are aware how the outlays are adding up.

Shanghai white-collar worker Evelyn Su says she spent more than 12,000 yuan in the past year on designer toys — a figure that still startles her.

“Every time I buy a batch of designer toys, I experience the very same cycle of thoughts,” she says.

“I feel regret right after ordering, and then I get nervous yet very excited when opening all the boxes. And 10 minutes after I have opened all the boxes, I ask myself: ‘Why the heck did I buy all these things?’ But funnily enough, the next time I see a new toy released, the process repeats itself all over again. The cost is insane, to be honest.”

Before art toys hit the mainstream Chinese market, what might be called the “consumption of uncertainty” attracted various groups of people, such as animation and manga fans, and mobile device game players.

An animation fan, whose screen name is Kashi, says that she often buys “badgets,” or pin-like accessories, from Japan.

“A packet contains badgets of certain random characters, like 12 to 14 characters, from an animation,” she says. “If you are lucky, you might get all the characters in just one pack, which is almost impossible. I have seen people getting only two or three characters from one pack, and the rest are just repeats. That’s why you see people seeking to exchange badgets everywhere whenever a new kind of product is released.”

Mobile device games have a much wider audience. Many games have a “card draw” system for players to draw warriors. In events that players call “banners,” a certain number of warriors of different quality are available, and the probability of drawing a high-quality warrior is about 2-3 percent. It is another “endless pit.”

Lu Zhengyuan, an industrial researcher, says that designer toys snare consumers through three psychological elements: uncertainty, the desire to collect and the social functions brought about by the first two.

“Many such toys are tied with popular IP — such as movies, animation and manga — so that fans developed a larger desire to collect the figures of all characters they like,” Lu says. “Meanwhile, collectors always form circles of communication with each other, which is another factor that binds their loyalty.”

He adds: “The industry of designer toys is so complete and rich. From designer recruiting to online and offline sales, to toy exhibitions, to secondhand trades and even overseas purchase agents, the wave of designer toys can boost many industries.” 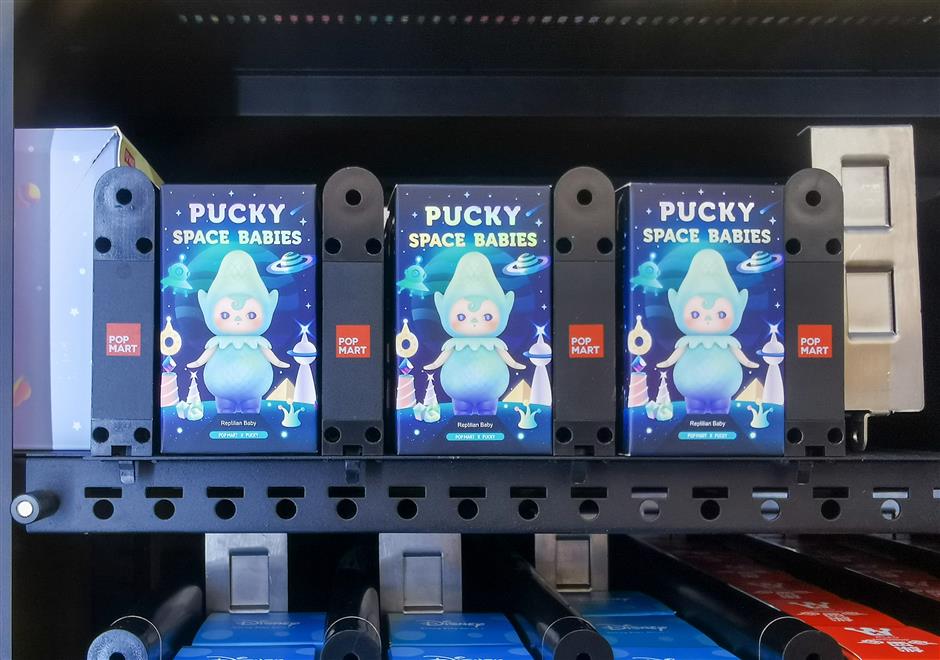 Pucky has been one of the most popular series of late.

Special Reports
ADVERTISEMENT
Let's set the record straight. Men who knit are not sissies
Deft needlework survives with a new generation
What's in the box? You pay your money, take your chances
Botany-themed fun at Marrriott hotels
The most famous lollipop exhibition debuts in Shanghai
An architect's vision of autumn
Explore the historical buildings President Xi visited on his tour to Yangpu Waterfront
The season of smiles, love and giving back
Old soldiers recall treasured memories
Saving soles with kindness and dedication
EXPLORE SHINE