Ien Yohko has seen many changes in Shanghai since the first time she visited it 34 years ago, but the love affair she’s had with the city since then has never wavered.

The Osaka native first came to Shanghai on a trip from Japan in 1985 armed with nothing but her camera, and instantly noticed how different it was from her hometown.

“The buildings here had amazing colors. Blue combined with brown, green united with gray, I could not have liked the place more,” Yohko said.

“I first read about Shanghai in a book, and I fell in love with the city at first glance. Shanghai is so attractive to me, and I love this city.” 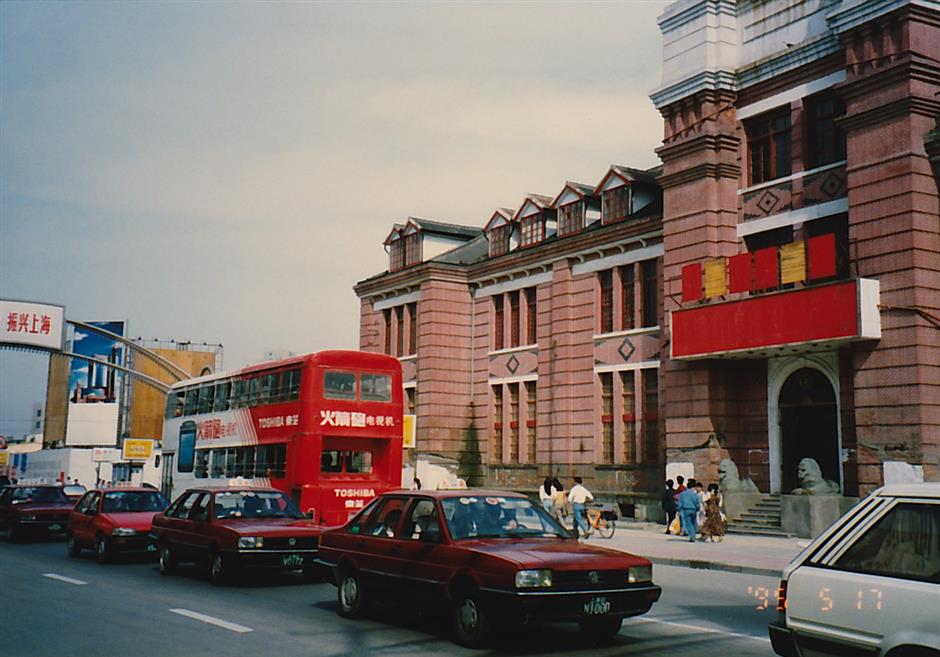 A double-decker bus on Huaihai Road M., downtown Shanghai, in 1995.

Living in Shanghai for the past 17 years, Yohko has continued documenting the city with her cameras. Shanghai has changed a lot since then, and she does not view all the changes positively.

“People used to be very kind and Shanghai was teeming with life, but now this city is indifferent, the fast-paced society has left people estranged.”

The 52-year-old is now part of a charity organization named “Friend.” Together with some of friends here, she holds a fair every few months to raise money to help poor children in western China go to school.

“I live a happy life in Shanghai, so I cannot accept that some Chinese children live a miserable life,” she said. “If I can give them even a little bit of help to change their lives, I am happy to do so.” 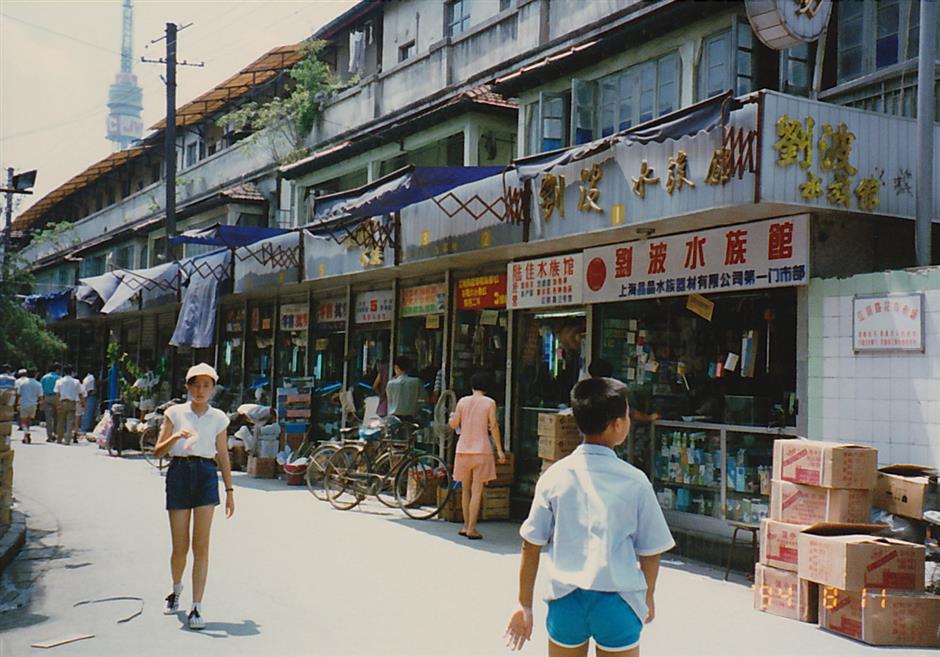 A street, specializing in aquarium supplies in 1994, on the Puxi(west of Huangpu River) side of the Bund.

Q: How did you learn your Chinese?

Q: How did you and your husband meet?

A: My husband majored in electrical engineering in college, but after graduation he was not happy with the job he got.

He had a Japanese friend, who convinced him to learn Japanese. In order to improve his language skills, he would go to the Bund on the weekends to find Japanese travelers to chat with, which is how I met him.

Q: Did you and your husband have differences in running the family and educating your two children?

A: Yes. For example, my children were both born in Osaka and at first they studied in Japan. As you know, Chinese students study a lot more math than Japanese students, so when my children couldn’t recite the multiplication tables, my husband became angry.

But how can my children know these things without learning them at school? My husband and I sometimes quarreled due to the differences between Chinese and Japanese schools. Finally, we decided to let our children study in Japan until the third grade. When they were 9 years old, they came to Shanghai.

Q: Any cultural shocks when you first came to Shanghai?

A: No, never, because I learned about Chinese culture while in Japan.

After I arrived in Shanghai, I understood the culture and customs. The cultural differences have never bothered me. We are not much different anyway.

Q: As a witness, how do you feel about the changes that have taken place in Shanghai during your time here?

A: Shanghai has really changed a lot. Some people just cannot keep up with the development of society.

I don’t like some of the changes. Materially, everything is becoming better; however, emotionally, something has disappeared forever.

In the past, people here were very kind and always ready to help others. But today, when I was on a bus, I failed to cling to the handrail and knocked into a women near me. I kept apologizing but she wouldn’t say a word and looked at me indifferently.

And young people nowadays refuse to give up their seats on the bus. People here are becoming more selfish with no concern for others. It’s really a different time. 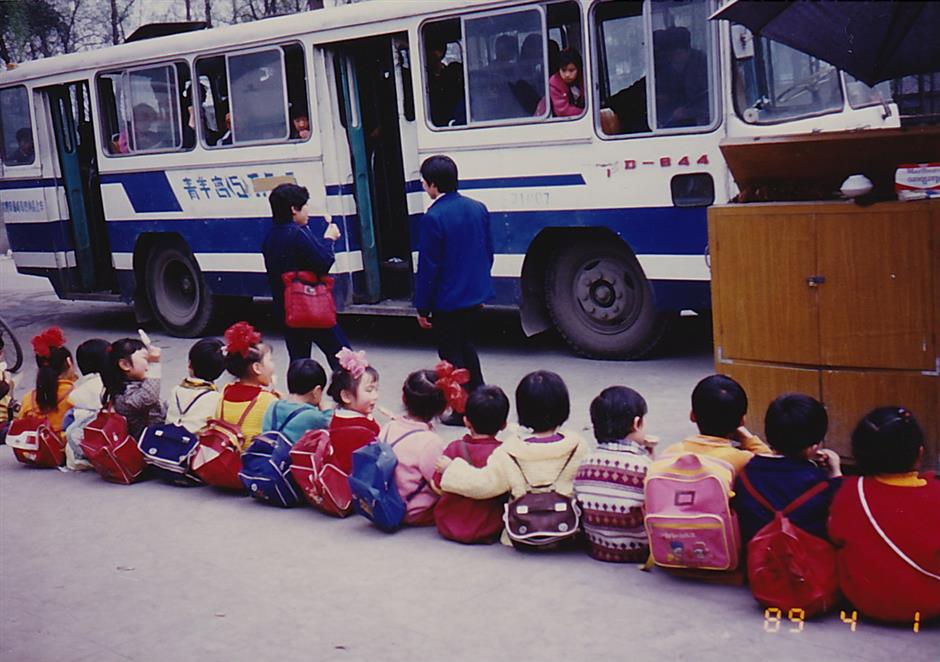 A line of children sit and wait for the bus on the edge of the sidewalk in Chengdu in 1989.

Q: How do you feel when you are helping others?

A: It’s fate that I am settled in Shanghai with my husband, and I have a happy life here. But in the rural areas of western China, there is more poverty than any other part of the country. Some children cannot go to school, and their lives are so difficult.

We all live in China, and I cannot stand this difference. I want to help them. Even if what I can do is very limited, I want to do my best.

Q: Can you tell us about the charity organization — Friend?

A: Friend started in 1997, organized by the Japanese who lived in Hongqiao. After hearing about the miserable lives of children in poverty-stricken parts of China, they decided to help by establishing Friend. We host charity bazaars and raise money to build primary schools for these poor kids.

I became a member of Friend in 2013, and take part in these activities whenever I can. Ien Yohko in Haw Par Mansion, Hong Kong, better known for its public gardens called the Tiger Balm Garden, which was demolished for redevelopment in 2004.