“Wow, you are filming with a Black Magic!” Kyokyo, a dance personality with more than 350,000 fans on Chinese video site bilibili.com, screamed in joy. “That's my dream camera — I'll get one when I update next.”

At the beginning of the interview, the 26-year-old Shanghai girl showed she's a pro behind the camera, as well as in front. Kyokyo began making dance videos and uploading them to bilibili.com six year ago. Now her account has 51 original videos which have been watched more than 18 million times.

Unlike other internet dancing celebrities, Kyokyo makes her videos almost by herself. From choosing costumes, locations and background music, all the way to dance routines. She is especially fond of editing the videos herself, something she learned through experience.

“At first, I would ask the camera man to do my editing, but the procedure was complicated between us and I was reluctant to ask him to revise over and over again, so I tried to learn editing online.” That journey was a success and now she's quite proficient at it. "Every time I receive new video footage, I'm so excited to start editing as soon as possible.” 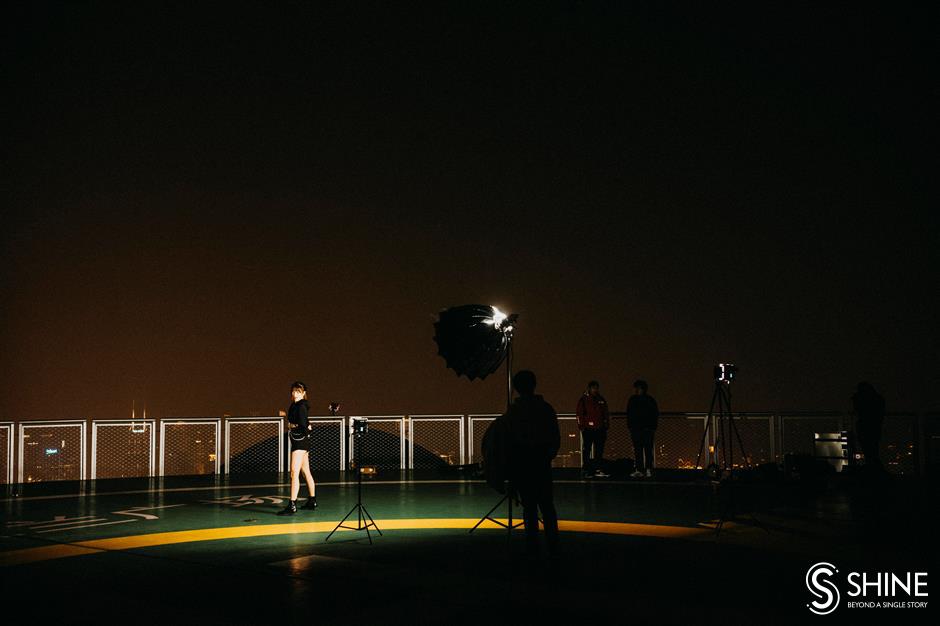 Online Shanghai celebrity Kyokyo dances on the top of a skyscraper in the northern Bund area in three degree weather. 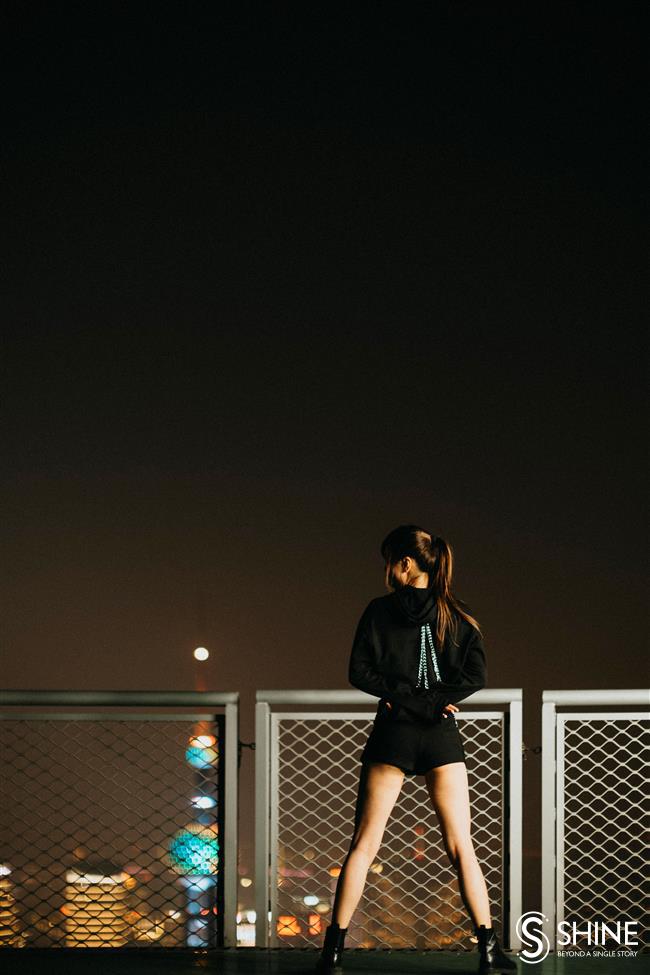 Early this year, Kyokyo changed to a more Korean style with sexy dance moves, winning her a surge of new fans. Now she has more than 600,000 fans in total across her social media platforms.

That meant this is the first year Kyokyo has been able to make a living through dance, after graduating two years ago. “More fans means more chance to get business offers which makes it possible to support myself.”

But she's not resting on her laurels just yet: Kyokyo's next big milestone is one million fans. 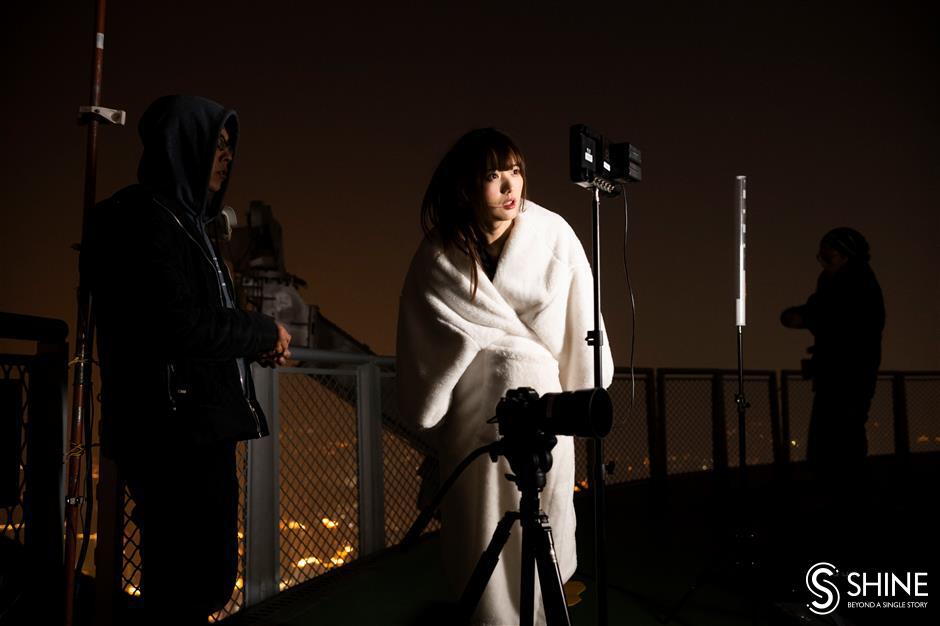 Kyokyo checks out her last take during a video shoot on top of a Shanghai skyscraper. 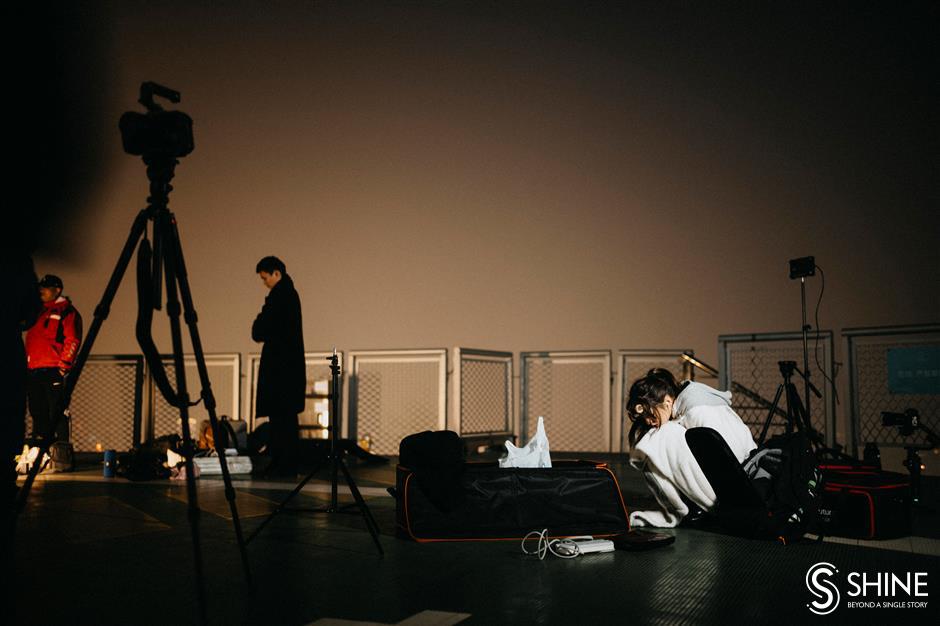 Watch the video above to see how Kyokyo made her new dancing video on the top of a skyscraper in the northern Bund area.