Martyrs sacrificed their lives and shed blood to help China achieve national revitalization. Their heroic deeds are like epic tales. Whenever they are recounted, we fall silent because of their grandeur. Shanghai Daily has several martyr stories to tell to remind people of their sacrifice on the occasion of the 70th anniversary of the founding of the People’s Republic of China, as Yang Yang reports.

Hou could have become one of the earliest civil engineering experts in China, but he chose a road beset with difficulties.

When the anti-imperial and anti-feudal May 4th Movement arose in 1919, Hou joined up. He studied revolutionary ideas and passionately passed on modern thoughts to other progressive youths.

In the summer of 1920, Hou published four issues of a progressive journal and raised public awareness of social revolution among Songjiang residents.

When Songjiang Jingxian Private Girls’ School was about to be closed due to financial difficulties, Hou sold some of his family properties and raised funds to take over the school. He changed its name to Songjiang Jingxian Girls’ High School and promoted women’s liberation and all-round education at the school.

The school soon became renowned as a progressive girls’ school in the Yangtze River Delta region and a place where men and women of insights from all walks of life in Songjiang gathered to promote social revolution.

When Hou joined the Communist Party he became its first member in Songjiang. He participated in the third Shanghai Workers’ Armed Uprising led by Premier Zhou Enlai in 1927.

On April 10 the same year Hou was arrested by the Kuomintang in Nanjing.

Hou maintained his faith in the Party in spite of coercion and temptation from the enemy. He was killed and his body tossed into the Qinhuai River near the Tongji Gate in Nanjing.

After the founding of the People’s Republic of China in 1949, Hou was honored as a revolutionary martyr. In 1986 his burial ground was named the Songjiang Martyrs’ Cemetery and a statue of Hou was erected at Songjiang No. 2 High School. 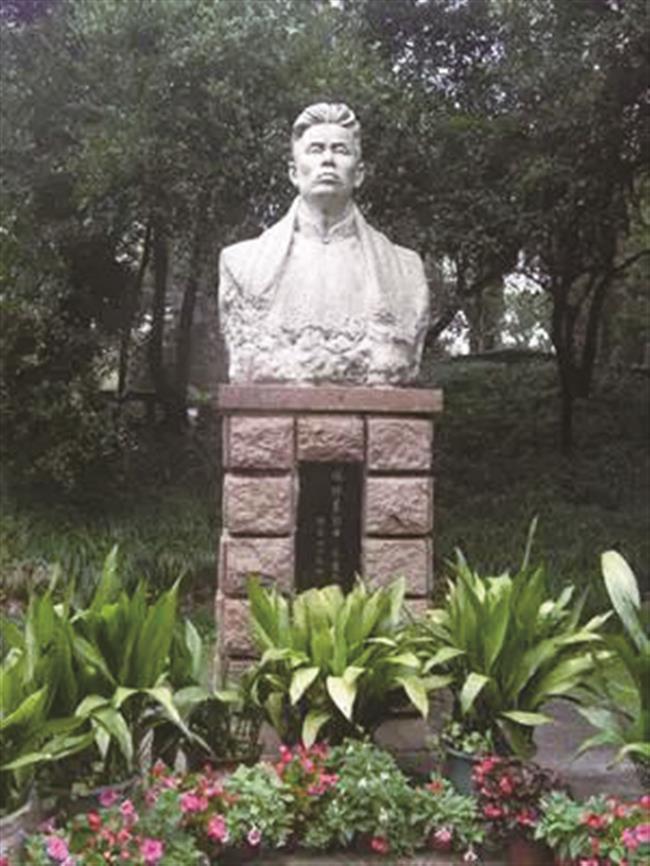 A statue of Hou was erected at Songjiang No. 2 High School.

Teacher who worked as a secret agent

Breaking away from the bond of a feudal family, Jiang became a teacher at Jingxian Girls’ High School in the district. She was highly enlightened there because the school often invited revolutionists and progressives to hold lectures for faculty staff and students.

Jiang joined the anti-imperial and anti-feudal revolutionary movement promoted by China’s modern democratic revolution leader Sun Yat-sen (1866-1925) in 1924. She also supported the May 30th labor movement in Shanghai and joined the Great Revolution against the semi-colonial and semi-feudal rule of the northern warlords in 1925.

When the news of the death of Hou Shaoqiu, her deeply honored mentor, reached her in 1927, Jiang, at that time a mother of four, left home and joined the Communist Party. She served as a secret agent for the Party and succeeded in helping the Party transfer ammunition before a farmers’ armed uprising in Fengxiang in January 1929.

Jiang was captured by Kuomintang in Nanjing in 1932 and died a martyr’s death in 1933. 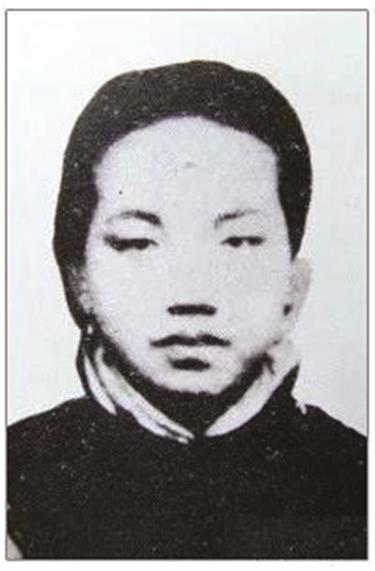 Martyr Xia Qiusheng (1927-1938) was born into a poor family near Huixing Bridge west of the Fangta Pagoda in Songjiang.

The youngest son of the family and physically weak, Xia was a smart child and the favorite of his parents. He quit primary school due to wartime chaos.

Having witnessed the atrocities the Japanese carried out in Songjiang, Xia was filled with patriotic feelings and bravely wrote the words “Down with Japanese Imperialism” at the bottom of the Fangta Pagoda.

It was a bitterly cold day in 1938, the second year since the Japanese invaders began their aggression in Songjiang.

The invaders saw the words and recognized they were written by a child. They then gathered all the children living along Sangong Street near Huixing Bridge, coercing and tempting them to say who wrote the words.

When the invaders began to suspect it was Xia who wrote them, they pushed him to the icy water, tortured him and finally shot him to death.

To honor the child martyr, a statue of Xia was erected at Zhongshan Primary School in Songjiang Distrct and welcomes people’s tributes. 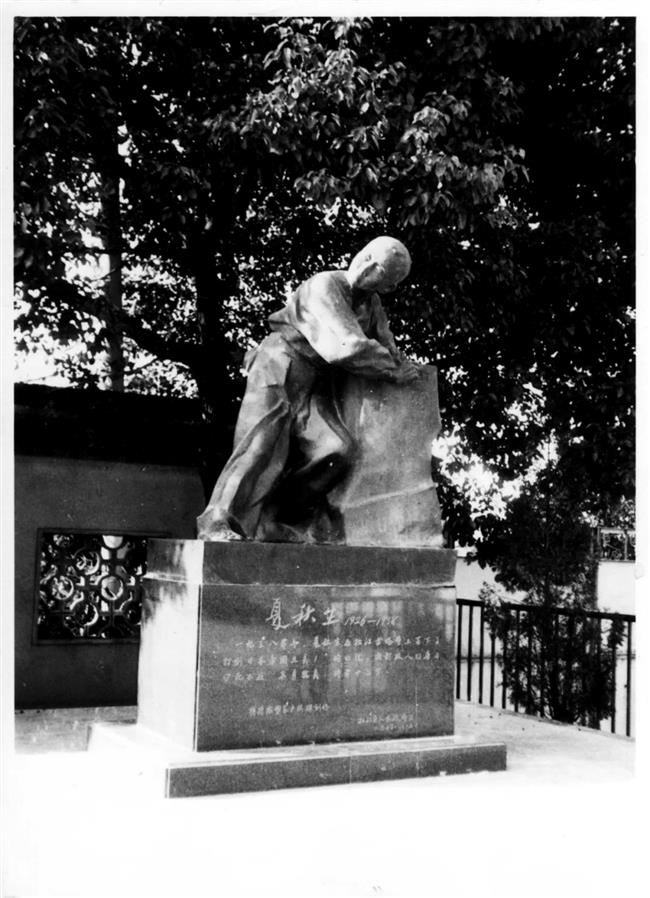 To honor the child martyr, a statue of Xia was erected at Zhongshan Primary School in Songjiang Distrct and welcomes people’s tributes.

A historical sources exhibition hall in Zhaowang Village of Songjiang District records a farmers’ armed uprising led by Chen Yun (1905-1995), a revolutionist and economic construction founder in China, from September 1927 to January 1928. Visitors can learn about the rent strike that swept across the Xiaozheng and Fengjing areas in Shanghai in words and pictures.

Songjiang Martyrs’ Cemetery was constructed around the site of the former monument of martyrs Hou Shaoqiu and Jiang Huilin. The cemetery underwent an expansion in 1990 and held its reopening ceremony in 1993. Every year people from all walks of society pay their tributes to the martyrs at the cemetery.

School’s statue of a hero

A statue of child martyr Xia Qiusheng was established at Zhongshan Primary School in Songjiang District. The child bravely confronted the Japanese invaders during wartime and sacrificed his life under the torture of the invaders. The statue of Xia at Zhongshan Primary School reminds students of the heroic deeds of the child martyr and teaches them to show patriotic feelings toward their country.