Niko and... arrives in Shanghai 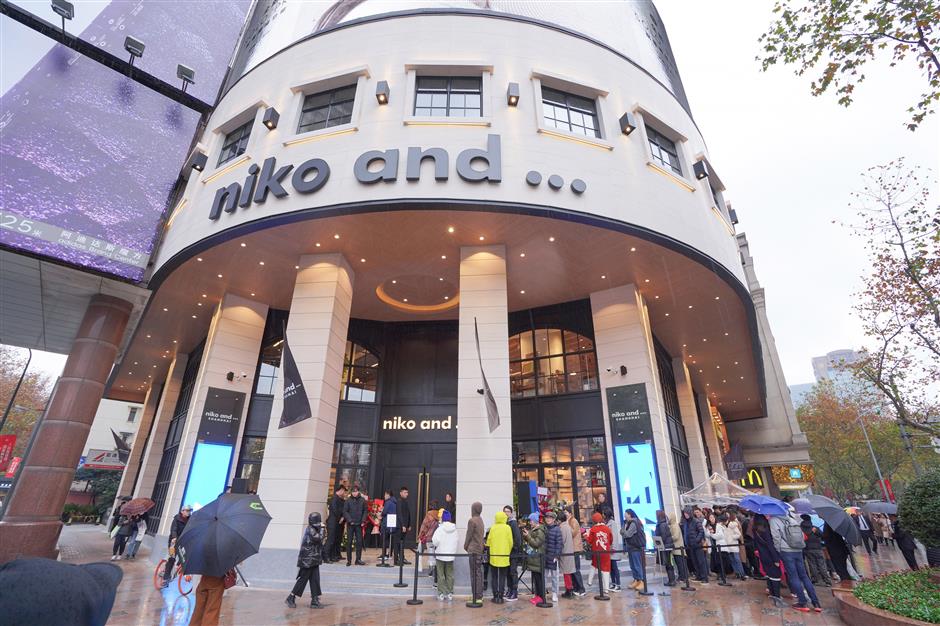 People line up in the rain in Shanghai to enter niko and... on its opening day.

The cold rain of freezing winter didn’t extinguish the enthusiasm of Chinese customers, who lined up for almost one hour to get into niko and... Shanghai, a Japanese store that opened in December, offering a wide variety of items from stationery to household essentials and apparel.

Just across the street is Muji, another Japanese household furnishings and personal items retailer which has been in China for 15 years. A tug of war between the newcomer and the veteran player seems to be shaping up on Huaihai Road, one of Shanghai's busiest shopping areas.

“Many people who don’t want to line up here go to Muji,” said Xu Jia, a customer in the queue. “Niko and ... is more fun and its goods are cuter. More importantly, its ambassador is my icon Suda Masaki.”

Affiliated with Adastria Co Ltd, niko and ... has more than 140 stores worldwide, of which 110 are in Japan. Its first Shanghai flagship store splashed out on a three-story building on Huaihai Road, which covers an area of 3,500 square meters and sells up to 7,000 types of merchandise.

The brand sells clothes, household furnishings, stationery, accessories and groceries. Different themes echo different festivals and seasons, and product arrangements and displays are updated on a regular basis. Special editions by Japanese designers and celebrities are launched, keeping step with Japanese stores, while there will also be tailor-made products for the China market.

There is also a cafe on the first floor and a full-kitchen restaurant on the third floor.

“With the high-speed development of the market, Chinese consumers, especially in the big cities like Shanghai, are increasingly sensitive to fashion and quality life, as well as demanding for fine dining,” said Yoshiaki Kitamura, general manager of sales at Adastria Co Ltd. “So I think it’s just the right time for us to enter China now.” 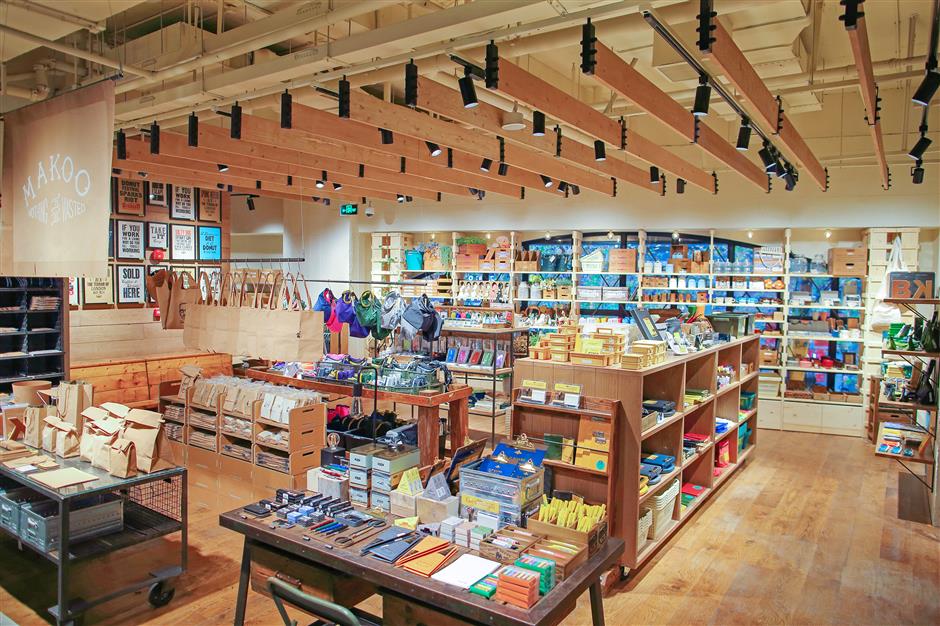 Items on display at niko and ... Shanghai.

However, the battle has already started as various lifestyle-oriented stores have mushroomed in recent years.

Miniso, a retailer of budget household and consumer goods, is going full speed in preparation for going public this July, while the Xiaomi-backed budget brand Youpin has reached strategic cooperation with Indiegogo, setting its foot on the overseas market. At the same time, NetEase Yeation, a supplier of household items and travel accessories, is moving from online to offline this year by setting up brick-and-mortar stores in collaboration with health products retailer Watsons.

Take Miniso for example. Founded in 2013, it has opened more than 3,600 stores around the world and plans to open 10,000 outlets, including 7,000 overseas stores in 100 countries and regions, by 2022 with an annual operating income of 100 billion yuan, according to the company's official website.

“The biggest secret for Miniso’s success is that its franchise policy allows it to be copied with low cost and expand quickly in a short time,” said venture capital field observer Hu Han.

But Miniso has been hounded by issues such as trademark disputes and accusations of design piracy. After these upheavals, Miniso has learned to follow the game rules, and it is launching a series of IP products with Marvel, Pokémon and We Bare Bears.

Now niko and ... has rolled up its sleeves to grab the market in China.

The store's opening day achieved a sales volume of 3 million yuan, a record high for the company.

“The Chinese market is full of opportunities and is very important for us. Shanghai is a modern city and young people here embrace new things quickly,” Kitamura said. “We are looking forward to further development and deeper integration into the Chinese market.”