In recent days, no matter whether meals are eaten at home with my family or in restaurants with friends, the unwritten rule nowadays is to use serving chopsticks and spoons. In other words, don’t eat with the same utensils you use to help yourself to communal dishes.

On February 23, local health authorities published guidelines that promote new table etiquette in the time of coronavirus. They are aimed at reducing the transmission of the virus and other infections like helicobacter pylori, a bacterium that lives in the stomach lining and can cause gastric distress.

While separating serving and eating utensils may be commonplace to people in Western countries, they go against long-held etiquette at Chinese tables. We Chinese are used to eating communally. That has long meant sharing dishes and using chopsticks to both serve and eat food. It was habit of social bonding that expressed humility and intimacy. A bit like fish and chicken, cooked whole to express completeness.

Since it would be even more difficult to adjust to the more radical idea of serving meals individually at the table, the use of serving chopsticks and spoons seems like a satisfactory alternative. 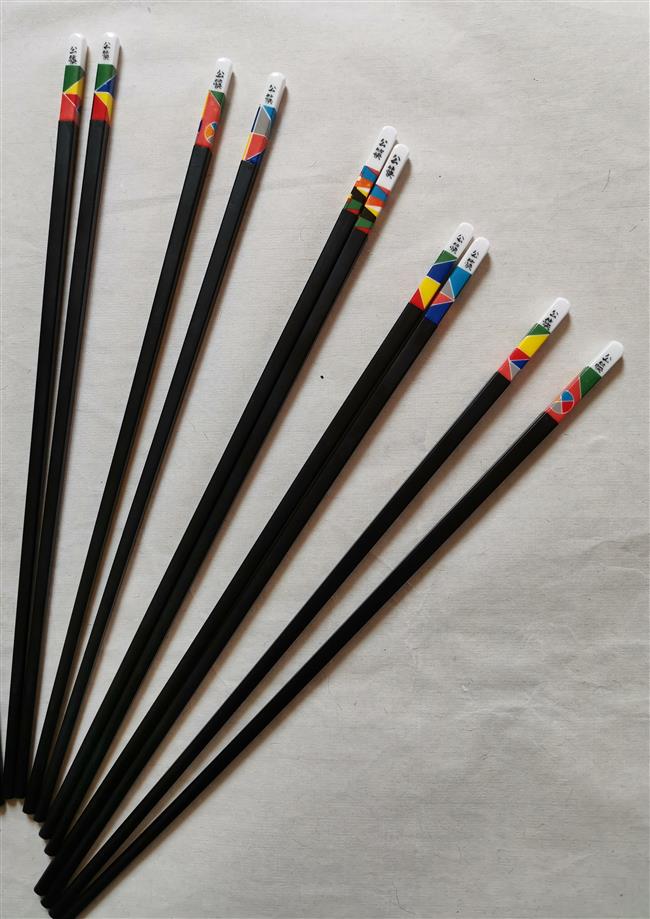 According to Xu, Chinese have been wielding chopsticks for at least 3,000 years. It’s simply ingrained in the culture.

The earliest traceable utensil was excavated from the archeological site of Henan Province’s Yinxu, a place that was a capital city of the late Shang Dynasty (16th century-11th century BC). Made from bronze, the chopsticks are believed to have initially been used as a tool for cooking rather than for eating.

“Evolving from eating with hands, the advent of chopsticks itself represented the progress of human civilization,” said Xu.

In Chinese, chopsticks are normally called kuaizi. However, in ancient times, they were called zhu. The name change occurred in the Ming Dynasty (1368-1644) when Yangtze River boatmen thought zhu inauspicious because it was a homophone of the word meaning “halt.” Instead, they called chopsticks kuai, a homophone of the Chinese character meaning “quick.”

In the three-millennium history of chopsticks, the idea of serving chopsticks didn’t officially appear until the last two or three decades, Xu said.

Intriguingly, their prototype can be found as early as the Song Dynasty (960-1279). According to archives, Emperor Gaozong (1107-1187) was always served with two sets of chopsticks and spoons. He used one set as serving chopsticks and spoons to transfer the moderate amounts of food he wanted to his plates, and then he used the other set as personal table utensils to eat with. He sent the rest of food to his attendants.

“Strictly speaking, they can’t be regarded as serving chopsticks and spoons,” said Xu. “Emperor Gaozong was simply a frugal person. He just didn’t want to waste food or let his attendants eat leftovers. However, the way he used chopsticks and spoons was similar to that of today’s serving utensils.”

More recently, the city of Taizhou in Jiangsu Province issued detailed guidelines in March on serving utensils, requiring restaurants to clearly label those that could be used communally by coloring them white. The length of serving chopsticks needs to be 3-4 centimeters longer than the usual ones.

Jiangsu media initiated an online poll about the use of serving utensils on the social platform Weibo. The result shows that 59,000 people have adopted the revised way of eating, while 66,000 people hadn’t and thought it too complicated.

At the same time, 54,000 people said that the use of serving chopsticks is a matter left up to table companions, while 44,000 voters said it depends on the number of diners.

A netizen in her 20s commented that she wanted to use serving utensils but said it might make her family members somehow feel distrusted. Her comment gained 1,550 votes of support.

Indeed, to change a living habit, especially for elders, is not an easy thing. To resolve public misunderstandings, the change in table hygiene needs to come not only from the top but also from the grassroots. 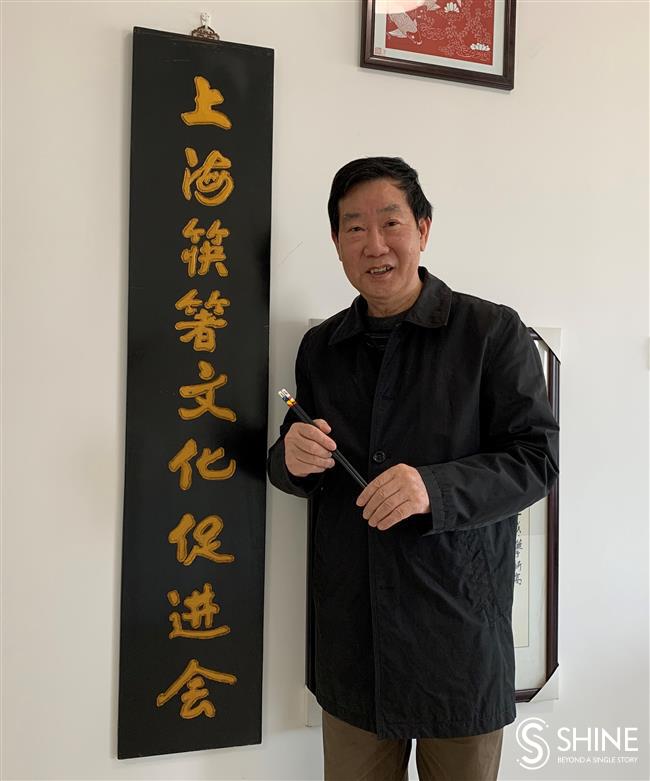 Xu’s Chopsticks Culture Promotion Association is committed to that. It organized an activity online, asking 200 people to write promotional poems or use other means to establish a Serving Chopsticks Day.

“I have asked some restaurants for their opinions,” said Xu. “Concerning cost, many of them said they prefer to present a pair of private chopsticks directly rather than specifically purchasing serving table utensils.”

Back in 2002 and 2003, when SARS broke out in China, this dining hygiene was also strongly encouraged, but as the epidemic passed, so did the urgency to change.

It may not be so transitory this time.

“The virus is alerting us to change our eating habits,” said Xu. “The promotion of serving chopsticks is not just a hot topic but rather a long-term job.”