DIY workshops at Tangzhen Cultural Creative Center are now open to the public. Visitors can take part in more than 20 kinds of workshops, most of which feature Chinese traditional art and handwork, such as making chopsticks, Chinese painting and instruments.

iDEALShanghai took part in three workshops, checking out the traditional handwork classes and the culture behind them. 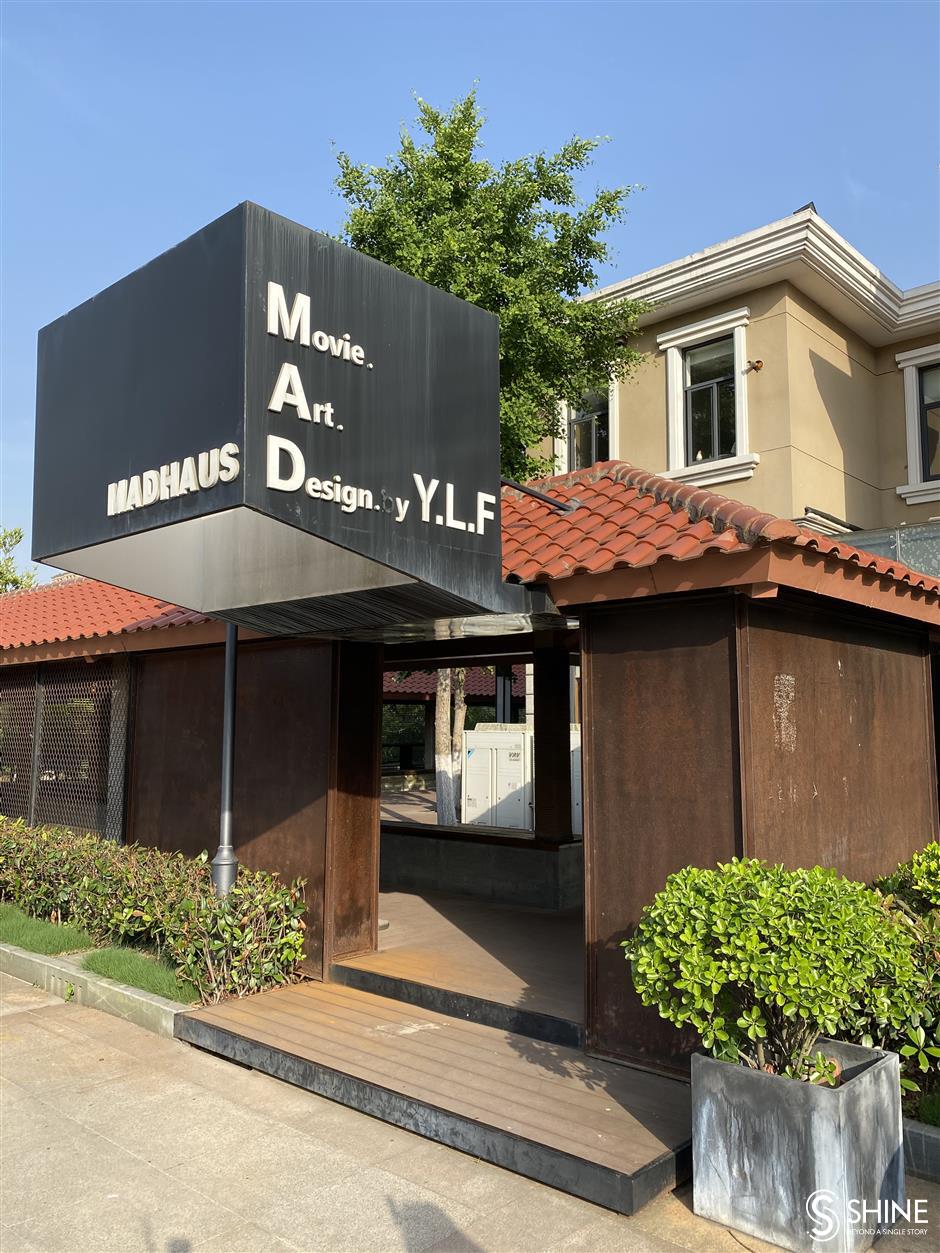 Learn to play sekonggu in one hour

The first workshop of the day was dedicated to sekonggu, a Chinese instrument which originated in the Western Zhou Dynasty (c. 11th century-770 BC).

Along with the popularity of hanfu (traditional Han-style clothing), traditional songs and poems, sekogngu is embraced by Chinese culture enthusiasts.

It looks like a round drum, played in a percussive manner with your fingers or two drumsticks.

“The drumsticks with rubber heads look like the bamboo beaters of the Chinese hammered string instrument yangqin, but you need to hold them like you are striking snare drums,” said Liu Lin, a teacher at Tangzhen Cultural Creative Center.

“The same as other traditional Chinese instruments, the sekonggu only has five tones, which are classified as: gong, shang, jue, zhi and yu. These correspond to do, re, mi, so, la. According to the Chinese theory of the Five Elements, related to Chinese music, the tones are connected to a myriad of cosmological concepts, as well as the inner workings of a man,” Liu said.

Playing the sekonggu is relatively easy: There are eight keys and each is labeled with a simplified musical note.

For beginners, you need to remember the music sheet before practice. 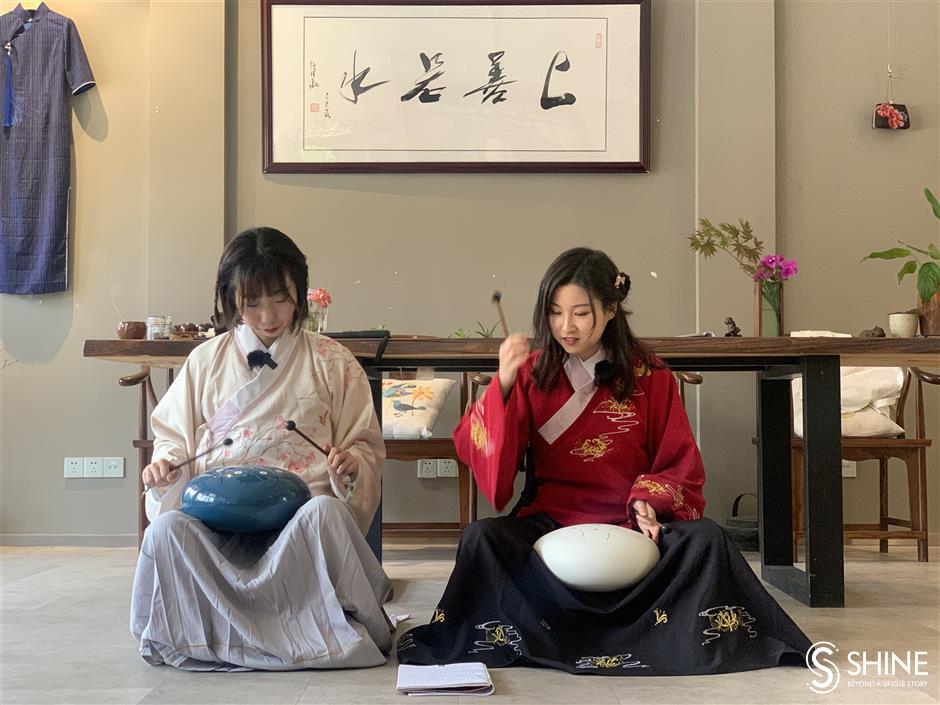 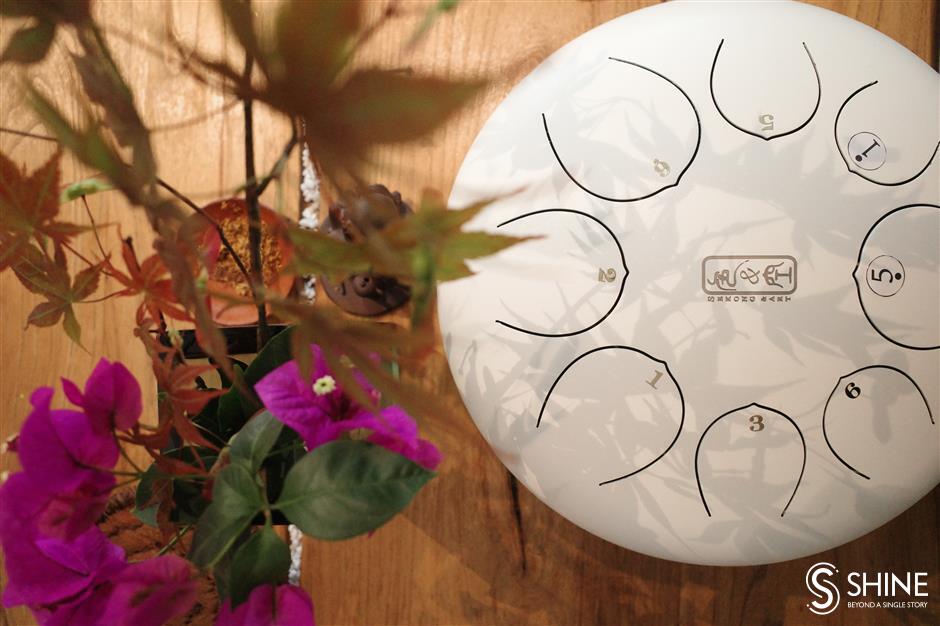 A close look at a sekonggu which has five tones corresponding to do, re, mi, so, la

In ancient China, fans came in various shapes and sizes, and were made with materials such as silk, jade, bamboo and even feathers. The original circular tuanshan, also known as the moon-shaped fan, is said to have been modeled after the full moon and signifies union and happiness.

Calligraphy began appearing on fans after Wang Xizhi, a famous calligrapher, wrote on some of ladies’ fans. Writing poems and painting on the fans gained popularity among literati and officials during the Ming Dynasty (1368-1644).

In this workshop, you can learn how to do fan painting or calligraphy, just as literati did hundreds of years ago. This requires two brushes, a smaller one dipped in black ink or colored pigment and a larger one for shading with water.

There are a dozen teachers’ works for you to copy, but you can also create your own design. Workshop instructors are there to teach you skills and provide help when needed. 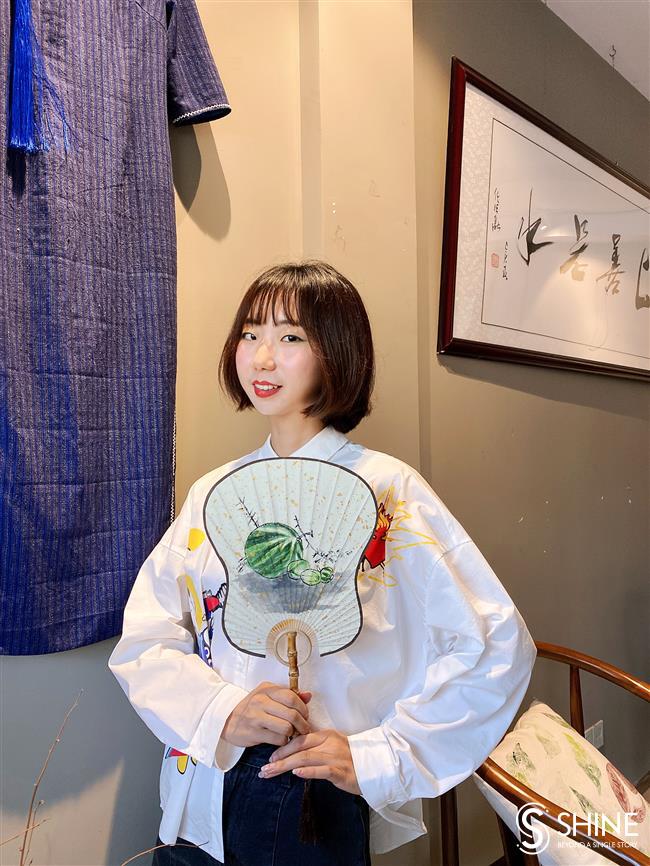 Fiona Li displays a tuanshan which she has just finished painting on. 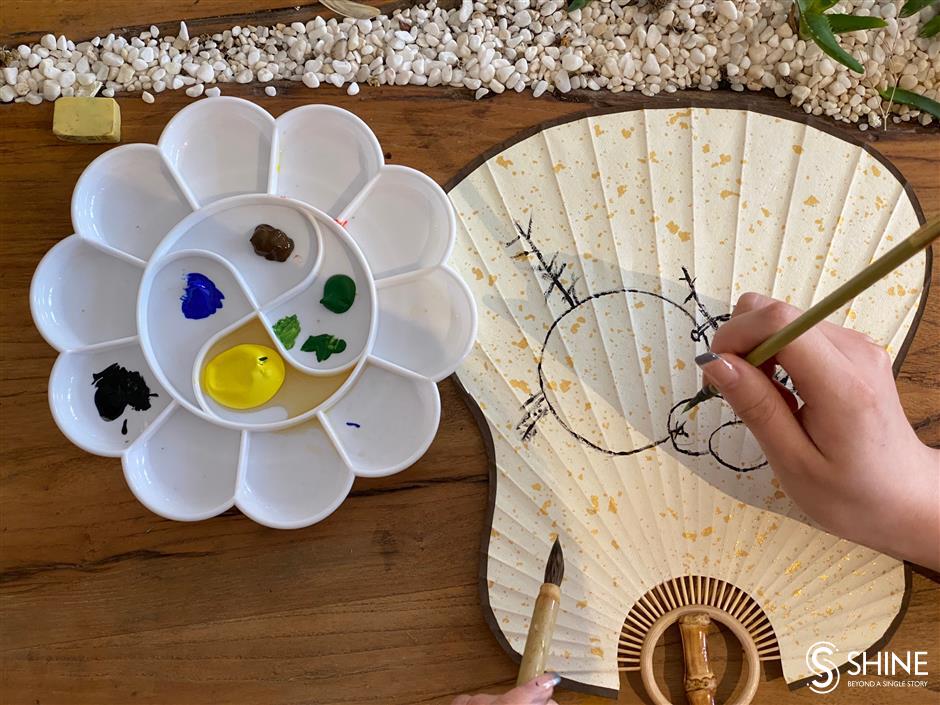 Make your own chopsticks

Representing Chinese aesthetics and philosophy, chopsticks are absolutely an art craft, especially after you’ve made them in a traditional way by hand.

During this chopstick making workshop, you can create your own personal, unique pair of chopsticks from Chinese rosewood. Even a simple pair without decoration can take more than four hours of work.

Before the workshop begins, the wood is cut into a rough shape. Each participant will use both a planer machine and a hand planer with a special jig and sandpapers with multiple grit sizes to create a unique design.

“The handiwork of making chopsticks requires patience. Use the hand planer, plane the top of the chopsticks into a square, and then at a certain point, taper to a round tip, from thick to slender. Sandpaper them until they are smooth. At the same time, make sure your two chopsticks are the same size,” said Hua Wenhao, a senior creative designer at Tangzhen Cultural Creative Center.

“Woodworking lovers can bring their design drawings and make their own chopsticks and spoons. We will help them with the woodwork. Drawing or carving on plain utensils is also available,” Hua added. 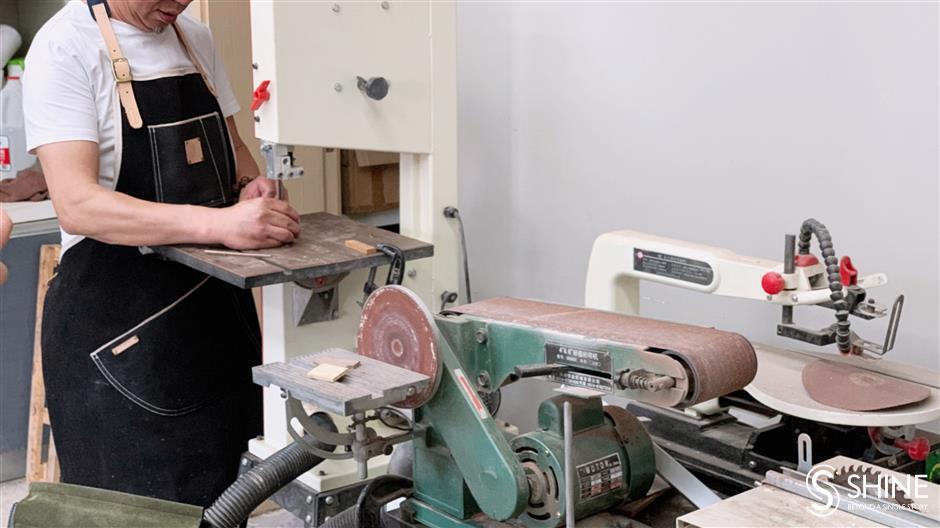 An instructor shapes a wooden craft on a planer machine. 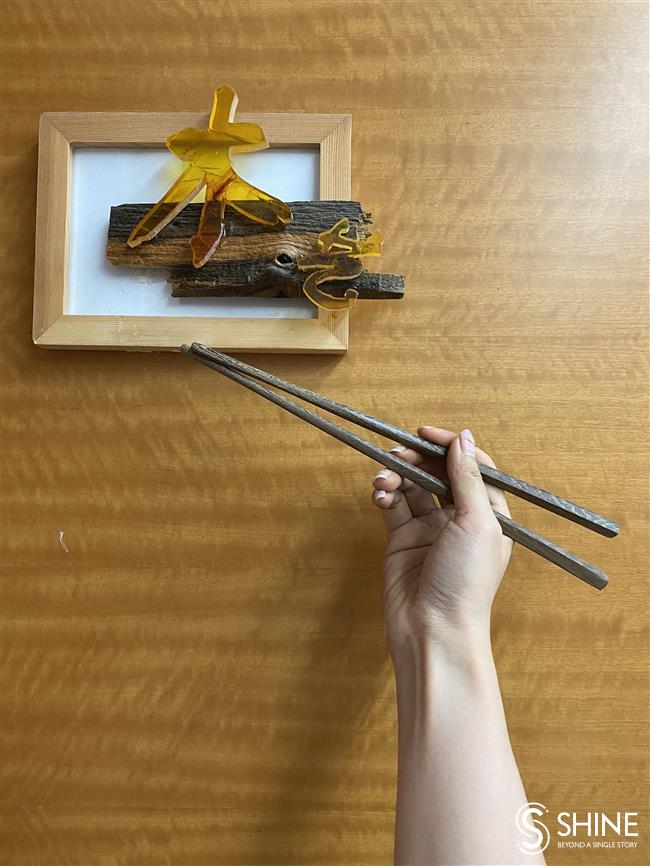 Chopsticks are also an art craft which you can make in a tradition way by hand. 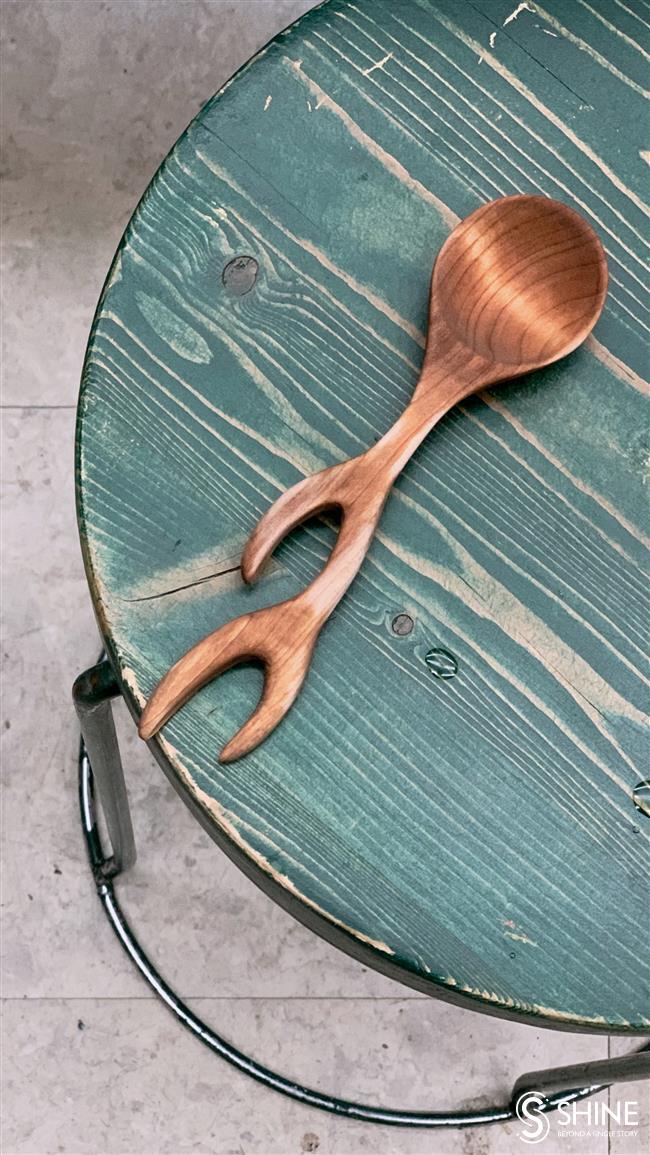 Woodworking lovers can bring their design drawings to make their own spoons too.