Culture and commerce combine as market stalls get busy 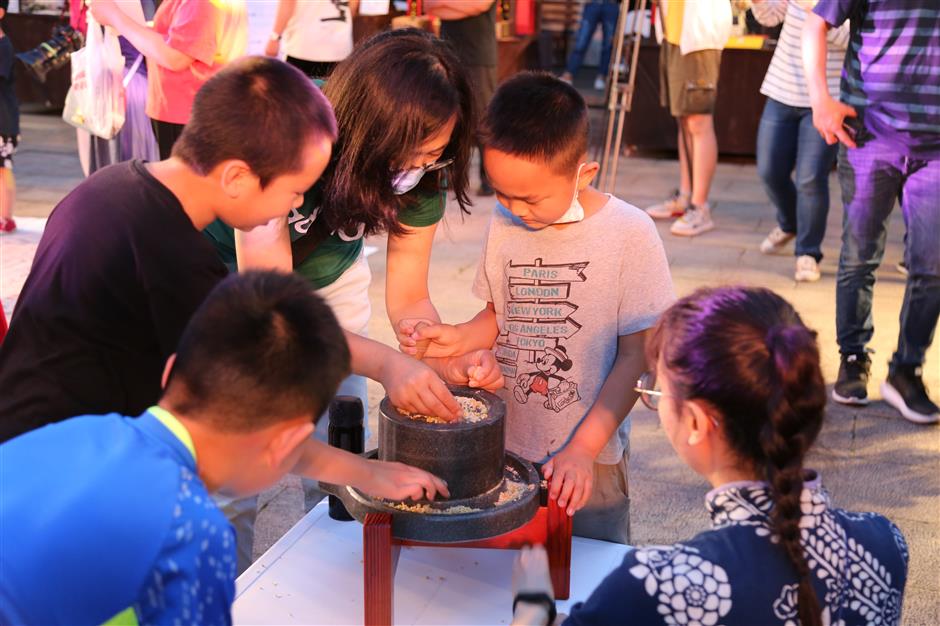 “Dong Jing Meng Hua Lu (东京梦华录),” a memoir of the 12th-century capital Kaifeng, provides a lively picture of nightlife in the biggest city of the world at that time.

It includes this description: “Street stalls sell various tasty food at the south of the Zhouqiao Bridge where there are also numerous performances and activities at night.”

The night fair in the Northern Song Dynasty (960-1127) was a fascinating place.There is also a Zhouqiao Bridge in Jiading under the Fahua Pagoda which is also called Denglong Bridge.

Zhouqiao Bridge and its surrounding areas have been the most prosperous locations in Jiading since ancient times. The night fair here is especially busy and full of people. 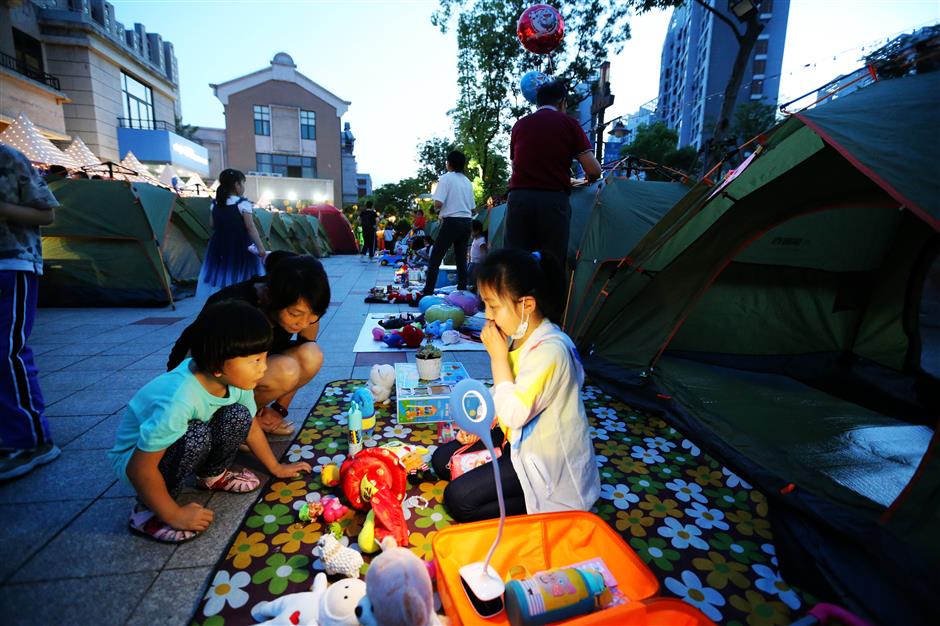 Jiading Museum partnered with the Zhouqiao scenic area to launch a “Night at the Museum” activity earlier this month with local residents taking part in traditional clothing.

The Zhouqiao Bridge night fair made every participant feel as if they were back in ancient times. With its hanging lanterns and colored ribbons, the night fair which began at 7pm featured traditional snacks, games and handicrafts and was full of visitors at traditional makeup and dress stalls.

Heading east along Hongde Road in Jiading New Town, Xiyun Tower is next to the intersection with Yumin Road S.

A creek passes beneath the complex to form the view of a watertown of the lower reaches of Yangtze River together with boats and bridges.

Chen Yeming, owner of a hotpot restaurant, said business on a recent Saturday was even better than before.

“The turnover is about one and half times the same period a year ago,” said Chen. 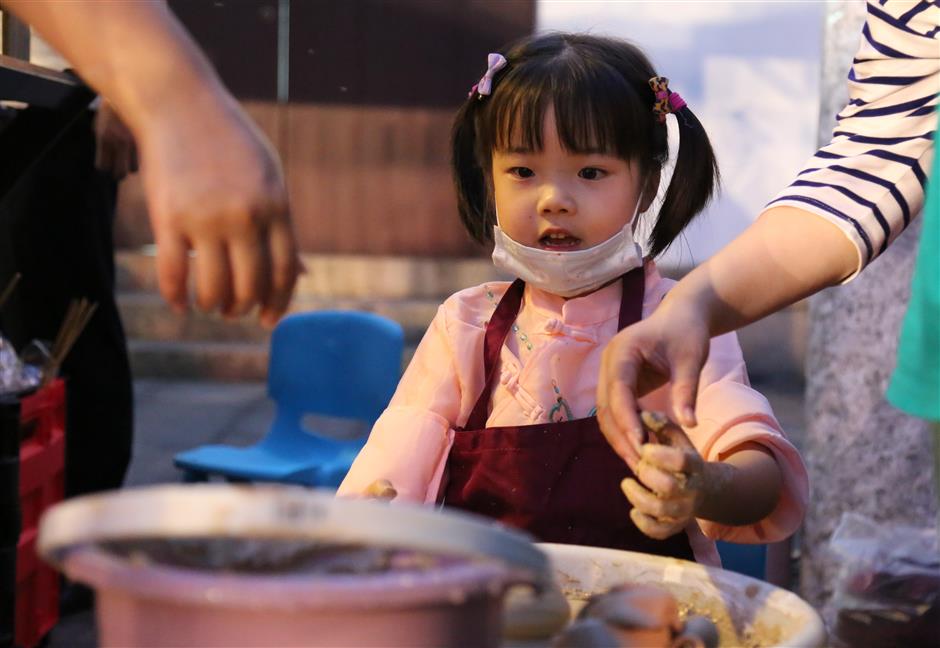 In addition to meeting the demand for food, drink and entertainment, the Xiyun Tower night fair adds many cultural elements.

According to Jiang Lizhou, project manager of the Xiyun Tower business zone, night fair culture is the key to build a “night economy” with both Shanghai-style characteristics and vitality.

“Xiyun Tower itself is an open business zone with the characteristics of Shanghai-style culture. We hope to promote the nightlife of Shanghai style through the implementation of local culture elements,” Jiang said.

In Jiang’s opinion, what is sold in the night fair are not only products, but also the creativity of life. 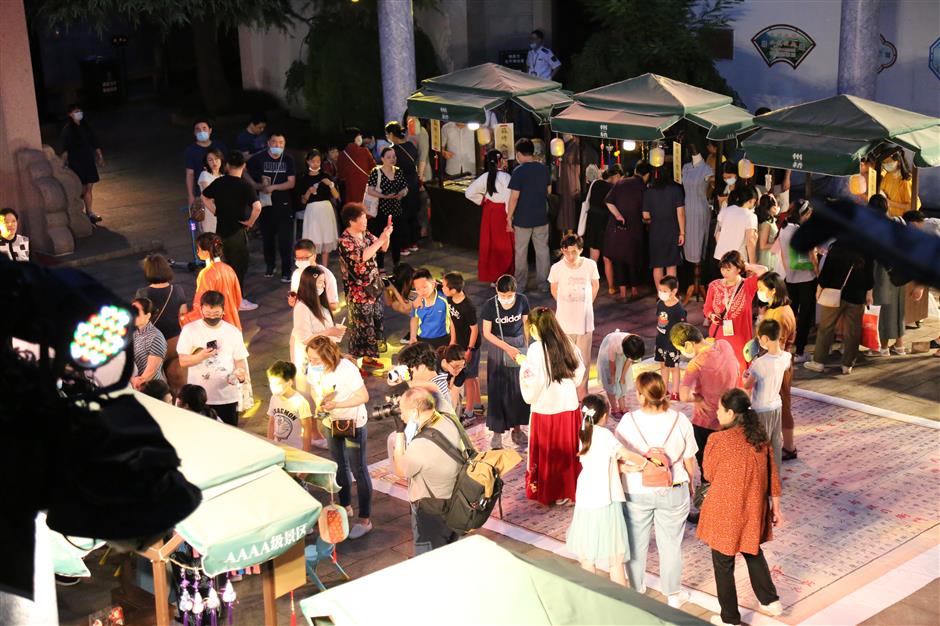 Shanghai’s urban management and law enforcement authorities have given the green light to street stalls to support the city’s economy.

Their return is expected to help increase people’s incomes and revive local economies hampered by the COVID-19 outbreak.

Residents’ lives were always accompanied by a commercial element in the past. Some old streets in Jiading were full of all sorts of peddlers’ cries, but that is now long gone.

Craftsmen would also cry out to promote their skills and offer to repair crisscross cushions, woks and bowls or sharpen knives and scissors.

Today, the authorities support businesses to operate street stalls and manage the opening times and scope of such stalls.

The revival is part of the city’s ambition to become an international shopping destination. The city aims to develop a prosperous nightlife economy between 7pm and 6am. 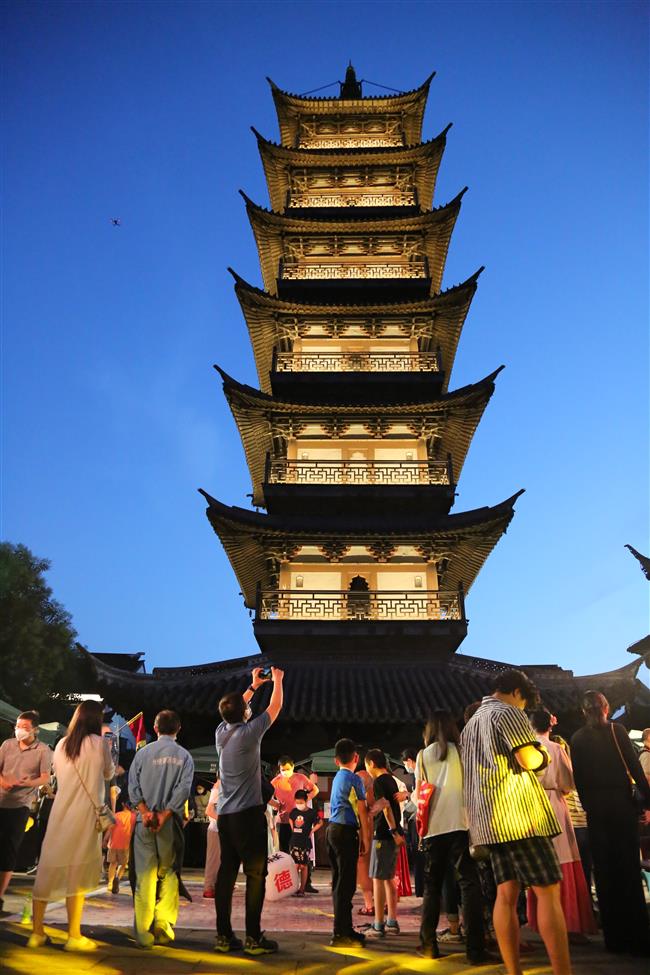