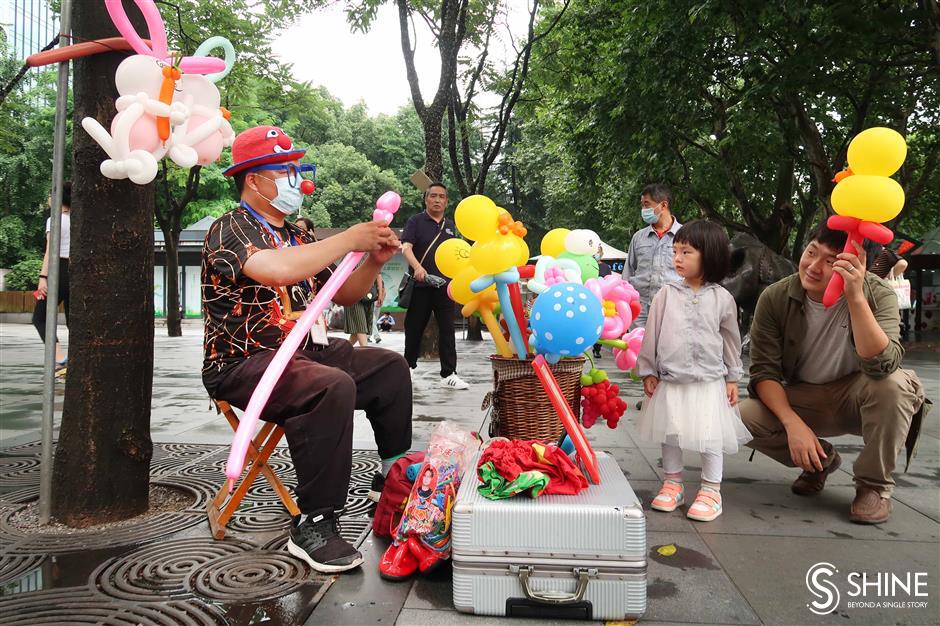 With the pandemic under control now in the city, street artists are able to take off masks in the open-air areas while maintaining good social distancing. Many still take precautions when performing on the streets.

“The recent storm was a bit disrupting, but business was quite good in May and early June. Crowds were larger and I got a bit more tips than usual,” Yu recalled.

“I had a couple audience members tell me that they passed by all the time and never thought of stopping to enjoy the performance before. After the pandemic, they missed the streets, including street performances they didn’t notice before.”

Performers like Yu missed the streets, too. With the pandemic under control now, they are able to take off masks in the open-air areas when maintaining good social distancing. Many still take precautions when performing on the streets.

Shanghai was the first city in China to issue licenses to street performers in 2014, followed soon by Beijing, Chengdu, Guangzhou and others. Previously, street performers were considered a disruption to a city’s image, and thus were expelled when spotted.

Now they are considered part of local cultural life. Shanghai has issued more than 200 licenses to street performers, who can perform at designated areas. About two-thirds hold a bachelor’s degree or above, many in music-related subjects.

Singer Li Jiaming hadn’t returned to the street since his last “illegitimate” performance in Lujiazui, Pudong, in 2012. He’s been a barista and part-time bar singer for the last eight years. Li’s gigs at bars were reduced due to the pandemic, but he returned to Lujiazui again earlier in the year, after his application for the license was approved.

On one weekend, he made 2,300 yuan (US$326) in three hours. He could also focus on singing rather than fearing being kicked out. “It’s the same classic songs that crowds love the most. It all looks familiar, and also different. The environment is better, and I’m relieved now with the license.” 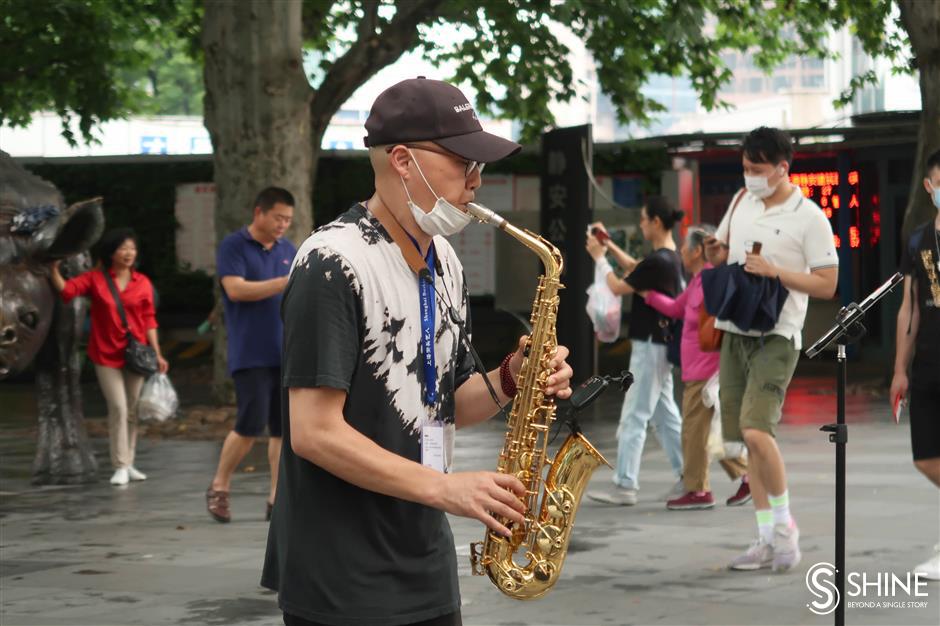