Get animated at the CCG Expo 2020 in Shanghai 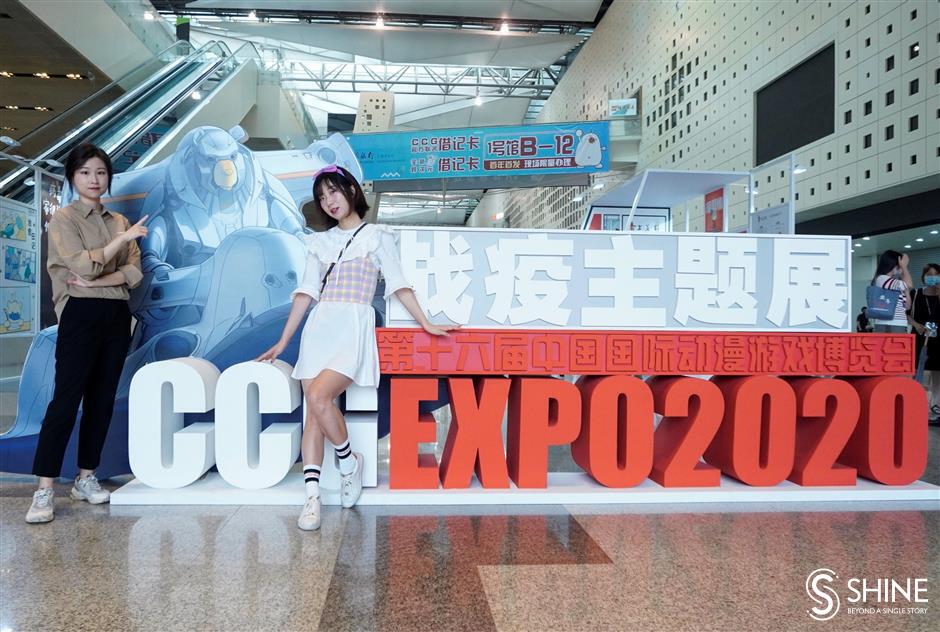 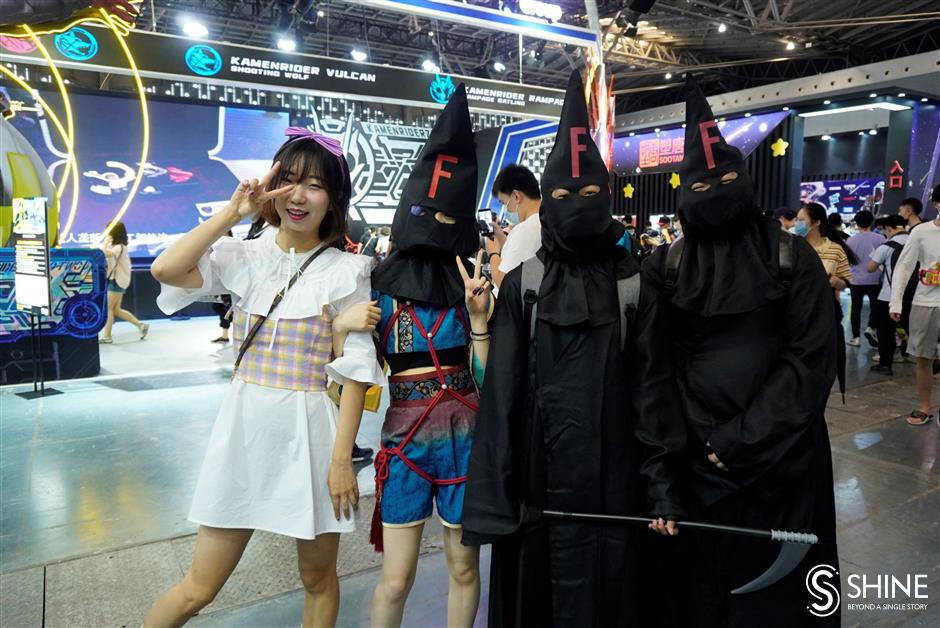 Fiona Li poses with cosplayers dressing up as FFF Group members of a Japanese school drama.

Looney Toon fanatics are in for a rare animation treat at the 16th China International Cartoon & Game Expo.

The festival, which sparked into life on Thursday, is the first national-level cultural event to be held in Shanghai since the novel coronavirus pandemic, and real-name ticketing and daily visitor limits are required due to COVID-19.

All-girl pop group AKB48 Team SH will add some glamor to the proceedings, as the Chinese idol group has been appointed CCG EXPO safety ambassadors and have made a video to highlight the requirements of pandemic prevention and control.

Leading animation and games enterprises, such as Arclight, Bandai Namco Holdings, MegaHouse and Kotobukiya, have brought their greatest hits to this year’s CCG Expo. Anime fans and figure model collectors gathered in anticipation on the first day of the fair, searching for their favorite merchandise.

With the full support of the Ministry of Culture and Tourism and Shanghai government, the CCG Expo 2020 will continue to showcase the best comics, toys and gaming content with exclusive events, meet-ups, signing sessions and cosplays.

The CCG Expo is also an annual incubation center for Chinese cartoons and games. This year “Chinese Cartoon Heroes” are on show at Tencent’s booth, and interactive games inspired by them are also a highlight at the fair. Visitors can take the APM (actions per minute) test under the theme of “The King’s Avatar,” depicted in the fictional esports scene in China, or enjoy a guqin (seven-stringed zither) performance from “The Founder of Diabolism,” which is a humorous horror-mystery story set in the world of “xianxia,” one of the most popular cartoons in China. There are lots of other Chinese cartoons and gaming fans dressing up and perform cosplay shows at the event.

Lisa, a 16-year-old Chinese cartoon fan, took part in a cosplay performance at CCG Expo 2020. She said, “In our cosplay club, we held competitions for the most popular roles. Cosplayers performed and described the understanding of the character, then voted for the winner.”

A guqin performance is staged at Tencent’s booth during the exhibition.

Various cartoon derivatives are sold at the exhibition. 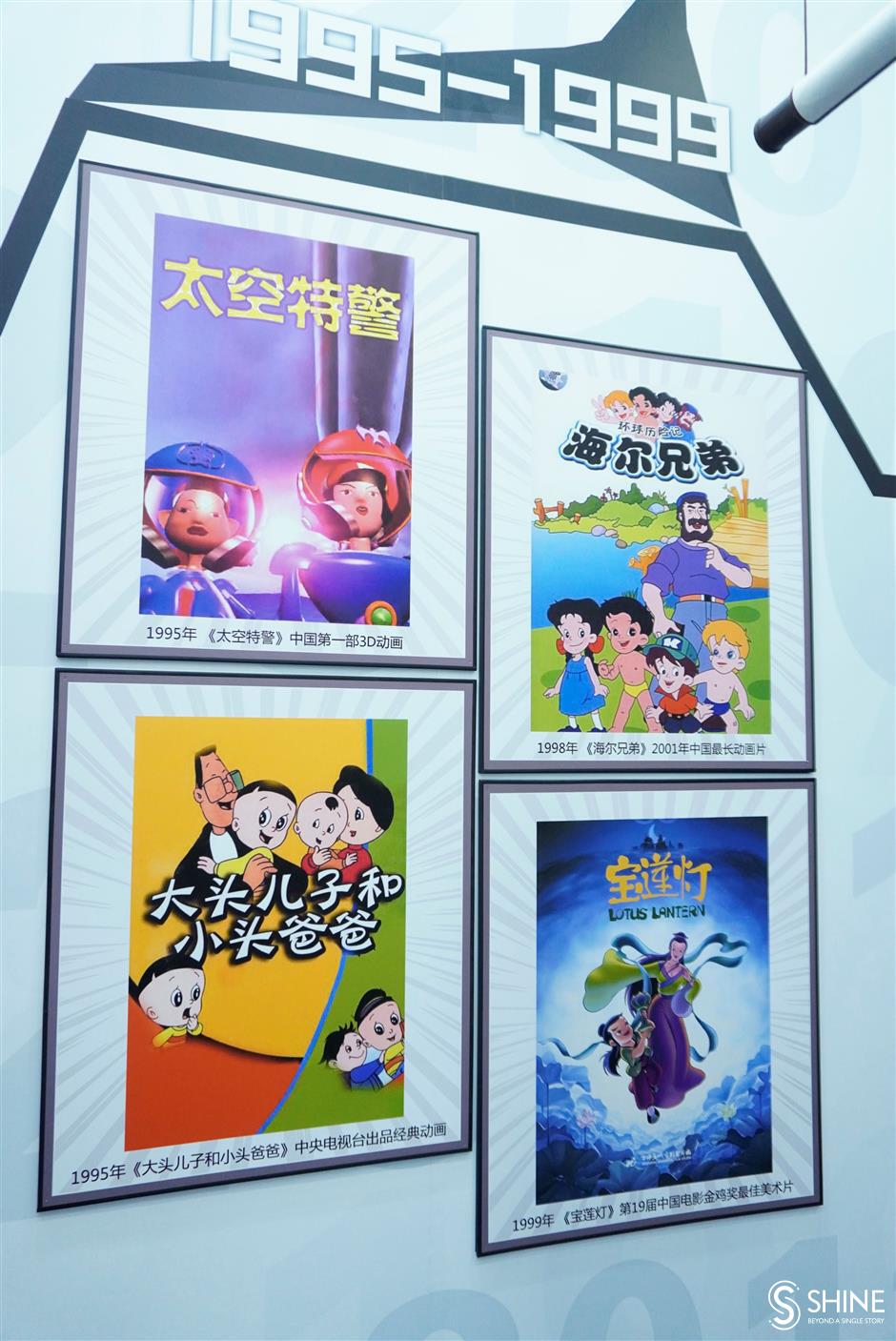 Posters about China’s animation films and TV series produced from 1995 to 1999 are on display at the exhibition.

Fighting against the pandemic

One of the most noteworthy parts of this year’s CCG Expo is the outstanding creative works from the solicitation “CCG Battle Against COVID-19,” launched in February this year. Since the solicitation was launched, platforms and enterprises such as Tencent Video, Half-Dimension, Sina Weibo and Tianwen Kadokawa, have responded and supported the drive. More than 3,000 works have been received, while the number of readers on various social platforms has exceeded 10 million.

The Personal Protection Manual for Returning to Work after the Pandemic, jointly created by teachers and students of Sichuan Academy of Fine Arts, introduces personal protection measures, in terms of daily travel and the use of public space. What’s more, those hearing-impaired people can enjoy animations with sign language.

Another work, New Life, was inspired by a news report about an infected mother giving birth to a healthy baby with the help of the doctors.

“Every life should be born with the best blessings. I painted this picture to pay tribute to every medical worker on the front line,” said the artist from Hubei Province. 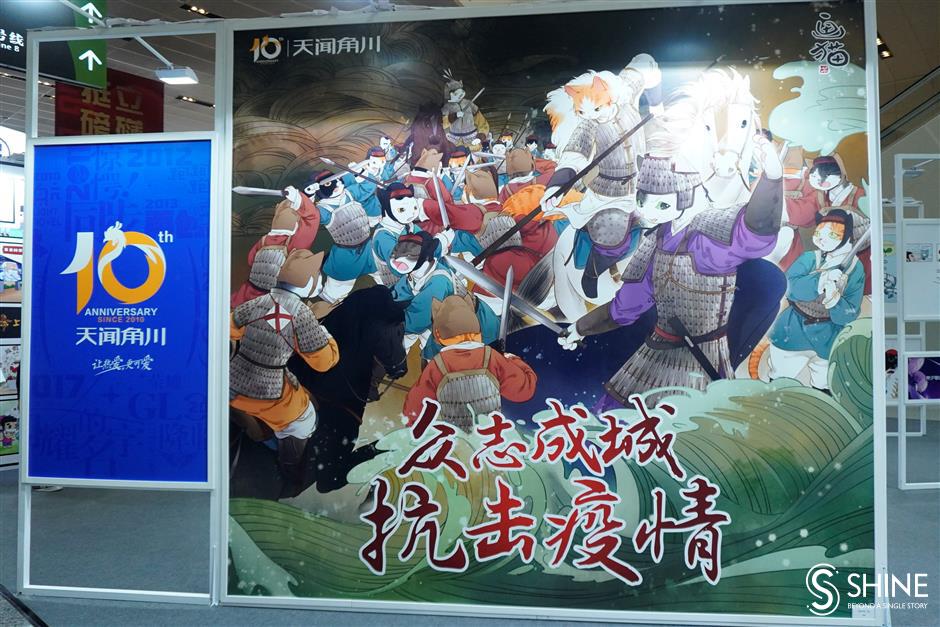 Creative works on battle against COVID-19 are displayed at the exhibition.

Model collectors must be anxious to see the limited editions of their favorite figure models and products. This year, in time for the 40th anniversary of GUNPLA (Gundam Plastic Model), Bandai Namco showcased a number of transparent Gundam models.

Meanwhile, the Gundam China Project has been launched.

A life-size Freedom Gundam statue will be unveiled in Shanghai next year, marking the world premiere of a 1:1 scale Gundam outside of Japan. The figure will be erected at the Mitsui Shopping Park LaLaport at Jinqiao in Pudong New Area. At a staggering 18.03 meters, it stands as tall as its Japanese counterpart, but unlike the latter, there’s the offer of something different: one well-supported, massive pair of wings on its back.

Designed by legendary mecha designer Kunio Okawara, the Freedom Gundam is the mid-season upgrade for Kira Yamato and is a very popular design in Japan and abroad. The Freedom Gundam has been in numerous games over the years, from the Super Robot Wars series to the Gundam Versus games, among many others.

In addition, many limited products from China have been launched. Chinese Zodiac Gundam with strong Chinese elements has also ushered in its debut.

A rendering of the life-size Freedom Gundam statue 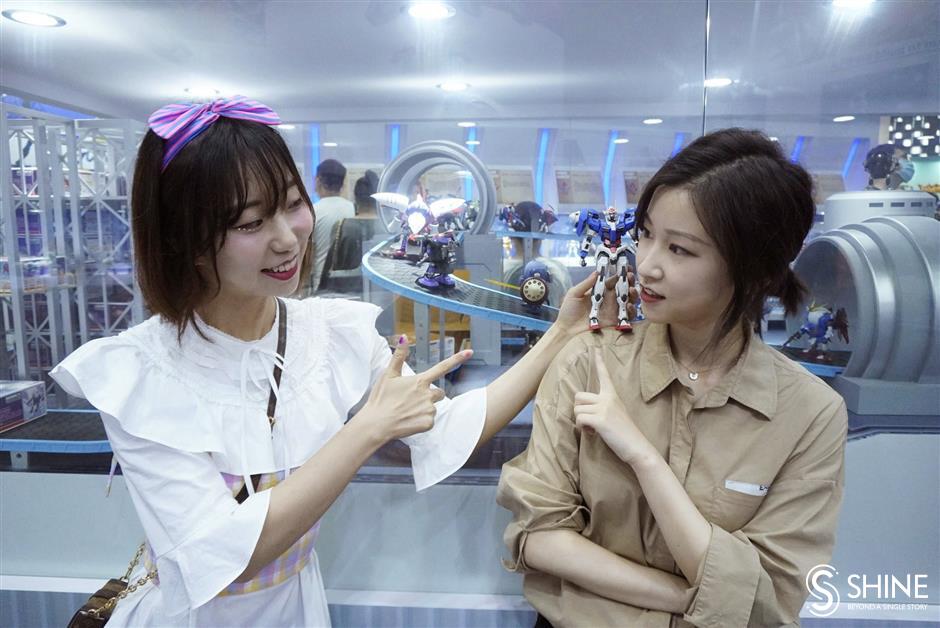 Fiona holds a Freedom Gundam model and talks with Shirlene.

Find something new at the board game fair

If you are a big fan of board games, you must not miss the Game Market, the biggest board game fair in Japan, which also sets up a booth at the CCG Expo. A wide variety of non-electronic games are available there, as well as game-related products like commentary books and dices. There are booths that offer experience seats for game trials, as well as areas for children, so everyone can enjoy the fun of non-electronic games, while at the same time making new friends. 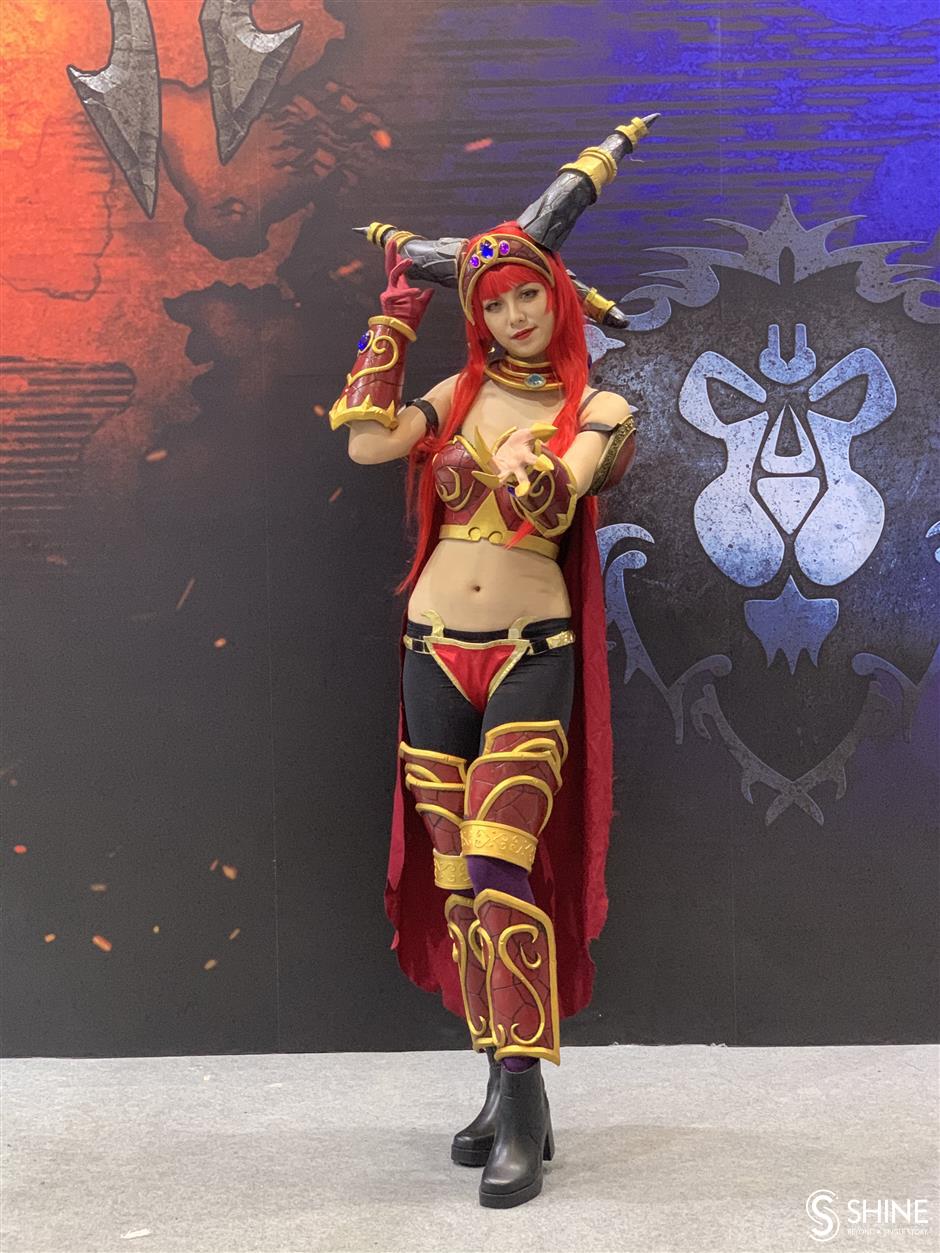 A female cosplayer wearing fancy clothes attracts attention from quite a few visitors.