Yuyuan Road, a century-old street in downtown Shanghai, has set an example of urban renewal and grassroots social governance throughout the country.

Starting in 2015, the urban renewal of the street initially focused on the upgrade of its business model, according to Yang Hongjie, vice director of Jiangsu Road Community.

Yuyuan Road runs through the districts of Changning and Jing’an. The 1,570-meter-long Changning section, from Zhenning Road in the east to its west end at Dingxi Road — is under the jurisdiction of the community.

“Previously, on both sides of Yuyuan Road were small shops, such as street stalls selling breakfast,” said Yang. “They met the demands of local residents, but were not as fashionable and tidy as today.

“Hence, we made some adjustment in the first phase (2015-16) — giving more space to young artists and designers and attracting cultural and creative companies to settle in,” Yang added. 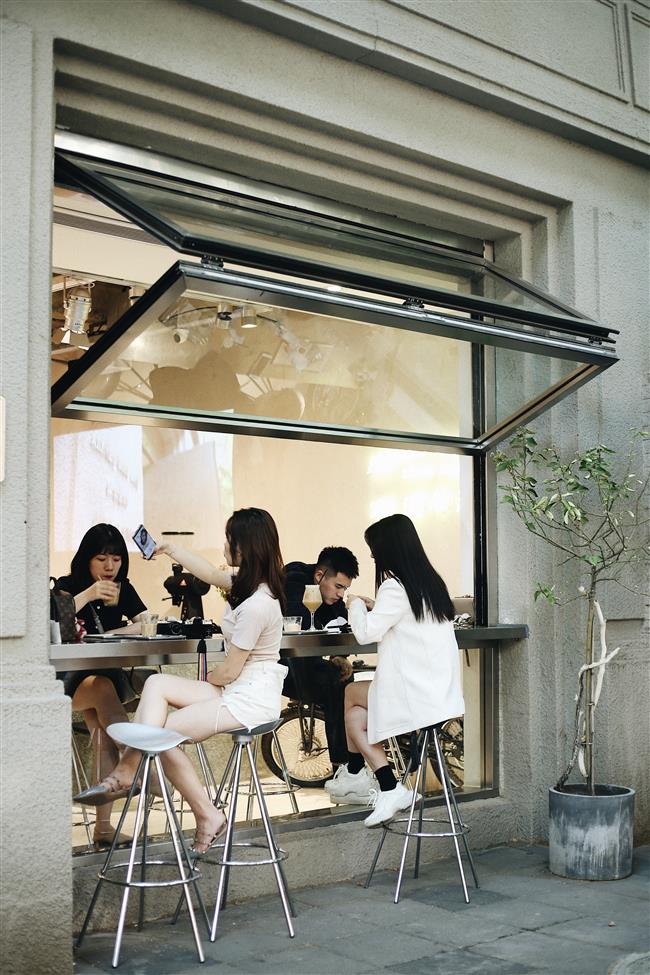 Yuyuan Road features well-preserved historical villas once home to big names such as missile and space scientist Qian Xuesen (1911-2009), writer, translator and scholar Shi Zhecun (1905-2003) and New Zealand-born writer Rewi Alley (1897-1987), who came to Shanghai in 1927 and was later involved in China’s revolution and reconstruction.

The city government has listed the road as one of 64 historical streets that cannot be widened.

Starting in 2018, many boutique stores, workshops, cafes, restaurants and bistros have launched their businesses on the street and made it a check-in point for Internet celebrities.

The most iconic place on Yuyuan Road is Yuyuan Department Store. Visitors flock to the department store to take snapshots, enjoy coffee, soda and desserts or go shopping.

The building at 1018 Yuyuan Road was constructed in 1927 and served as Jiangsu Road Post Office.

Upstairs is where writer and translator Shi Zhecun once lived.

The interior of the historical post office has been preserved along with its original pillars, wooden stairs and arched doors.

Many boutique stores, workshops, cafes, restaurants and bistros have settled on Yuyuan Road and made it a check-in point for Internet celebrities.

“We’re not building a scenic spot, we’re just demolishing or repairing old things, and adding some public spaces for people to communicate and exercise,” said Huang Zhiwei, general manager of the developer Creater.

Some neighborhood businesses, such as a dumpling store, a tailor’s shop and a locksmith’s stall have moved into the Yuyuan Public Market, also developed by Creater, which won the bid to develop Yuyuan Road in 2015.

Visitors to the market can enjoy characteristic Shanghai snacks as well as traditional services such as key making and umbrella repair.

The upstairs of the market is a gallery where exhibitions and art shows are frequently held to restore the old glory of the street as one of the 12 historic areas under government protection in downtown Shanghai. 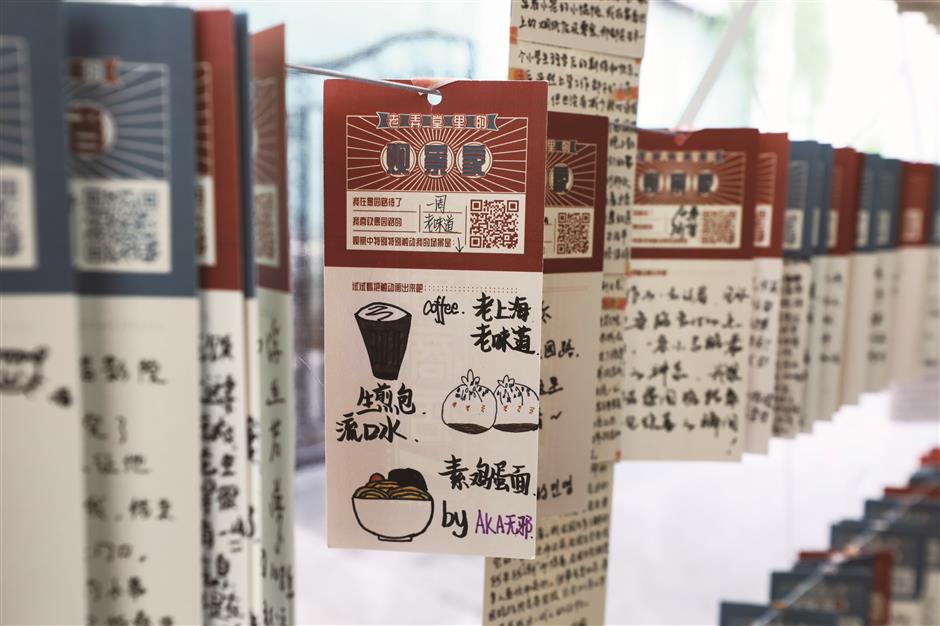 Yuyuan Road, built in 1911 to connect Jessfield Park (today’s Zhongshan Park) and Hart Road (today’s Changde Road), again leads the fashion trends of the city, since it was where politicians, business leaders and other notables frequented a century ago.

Apart from the new stores, many of which have become Internet hits, there are also art shows, outdoor concerts and other cultural activities regularly held.

The cartoon exhibition “12345 Day Care” is being held at Flu Gallery to let visitors immerse themselves in the pure world of childhood.

The Yuyuan Road Piano Festival, held every autumn, has attracted professional pianists from both home and abroad. Local amateur players give performance as well.

Sites of last year’s event included the balcony of a historical villa, a public art space, a cafe and a corridor between two buildings along the road.

Yuyuan Road is also home to the former residences of several Chinese musicians, such as pianist Gu Shengying (1937-67) and composer He Luting (1903-99).

The event aimed to envelope the historical road with music and allowed residents to appreciate performances by the world’s top pianists.

An opening concert was held at Zhongshan Park, and featured performances by Lithuanian pianist Rokas Valuntonis and the Mettis String Quartet.

There is also a Story Store on Yuyuan Road to collect stories about the street. During the three-month activity, around 4,000 stories were told or written down by local residents and visitors.

Some grandchildren of people who once lived on the street, like Gu Shengying, also participated in the activity and shared some stories related to the history of the street.

“We want to make people feel a sense of gain from the urban renewal,” said Yang. 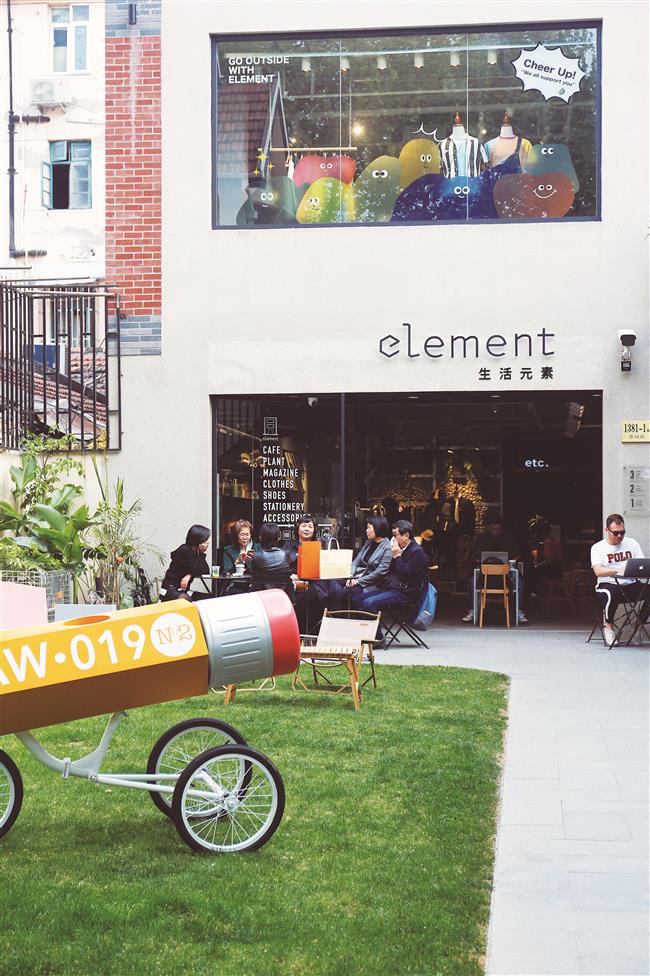 With joint efforts by shopkeepers, creative directors and designers, the historic neighborhood is more colorful, vivid and artistic.

Moreover, works to improve the street further extends to residential compounds on both sides.

“Yuyuan Road is like a pearl necklace,” said Wang Weiren, Party secretary of Changning. The residential compounds that flank the street are definitely the pearls.

Meanwhile, the historic neighborhood Qishan residential area at 1032 Yuyuan Road has got a makeover.

Black overhead cables, once an eyesore, have been buried underground. The exterior walls have been dusted off and decorated with red and green bricks, rough plaster or pebbles, restoring the area’s original appearance.

The wooden beams infested with termites were replaced by new ones. Kitchens and bathrooms were also upgraded to better serve residents.

A neighborhood garden was also built here as a perfect place to unwind and escape the hustle and bustle.

The pocket garden features a kiosk, a pebble walkway, benches and a rockery, which are surrounded by metasequoia, orange and grapefruit trees.

The previous neighborhood center has been turned into an activity room and a meeting hall for local residents. The vestibule is restored to its original appearance with three arches, which makes the garden and the indoor space complement each other.

The facelift is part of a “micro refurbishment” program on Yuyuan Road and will cover more residential compounds in the future.

Narrow lanes between the compounds will also provide a shortcut linking Yuyuan Road and neighboring streets, such as Changning Road.

“We’d like to provide more open public spaces to locals and visitors and wish our community further opening-up,” said Yang.

At the same time, resident autonomy is being promoted among the residential compounds along Yuyuan Road.

Residents have established neighborhood councils and discuss their issues every week. One among the residents of each compound is elected to head the council.

Additionally, the Jiangsu Road Community has introduced integrated management to beautify the street and improve the life quality of local people.

An administrative office has been established for the daily management of the street and the office outsourced part of its management affairs to an enterprise.

Shen Xin, director of the Jiangsu Road Community, told Shanghai Daily: “We outsourced the management to a third party to improve the efficiency.” 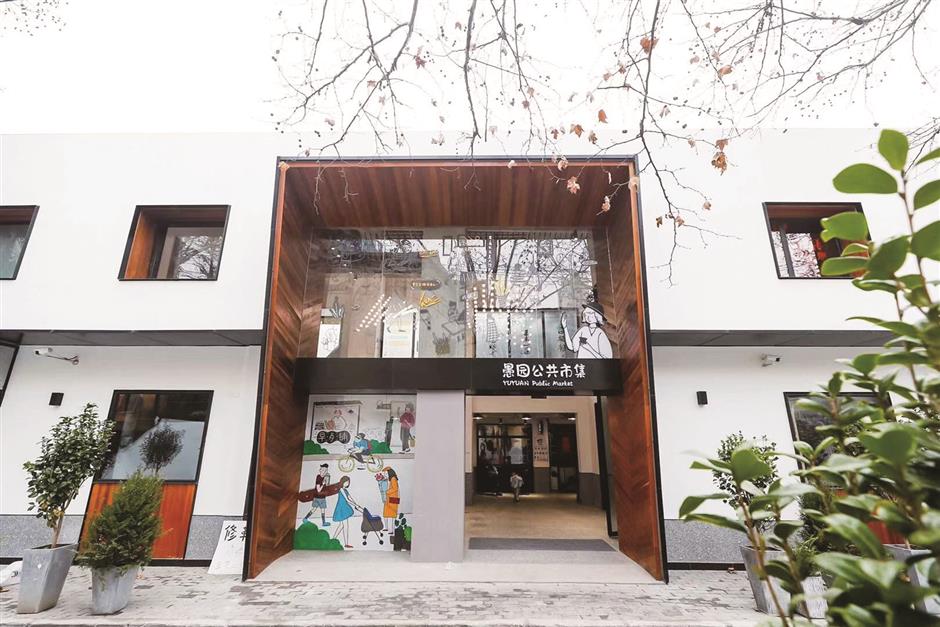 After its establishment, businesses along Yuyuan Road joined hands to overcome difficulties. They developed an app “Yuyuan Road” for business promotion and an online platform for inter-communication, according to Xu Yinlan, a senior manager of Creater.

All shops along the road have restored operations since early March, and businesses have returned to normal levels.

There are many shops on Yuyuan Road where “you have to queue up to buy coffee or wait for service on weekdays,” said Zhao Guangyu with Creater.

All the parties involved move together to promote space sharing and self-governance to create a sound community for living, business and tourism.