The curtain has fallen on Shanghai Fashion Week with a closing show presented by Cabbeen, a Chinese menswear brand.

As the first Chinese fashion brand to land on New York Fashion Week, Cabbeen continued to elaborate on Chinese elements in its 2020 fall/winter collection, paying tribute to an ancient warrior culture that stands for bravery, power and patriotism. 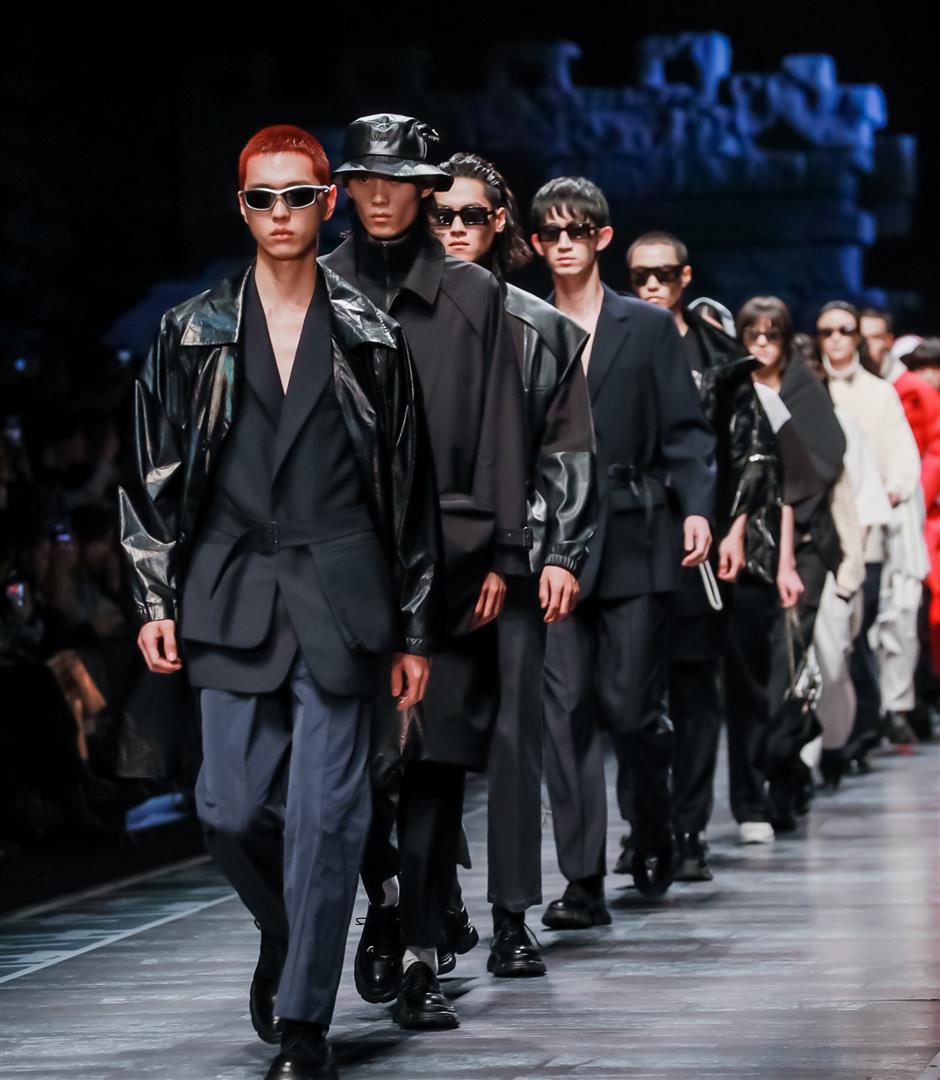 The Shanghai Fashion Week has closed with Cabbeen's 2020 fall/winter show.

Inspired by military uniforms, the series adds big, practical pockets and drawstring closures. The sweaters are printed with ancient warrior motifs, which look ready to battle against the winter cold. 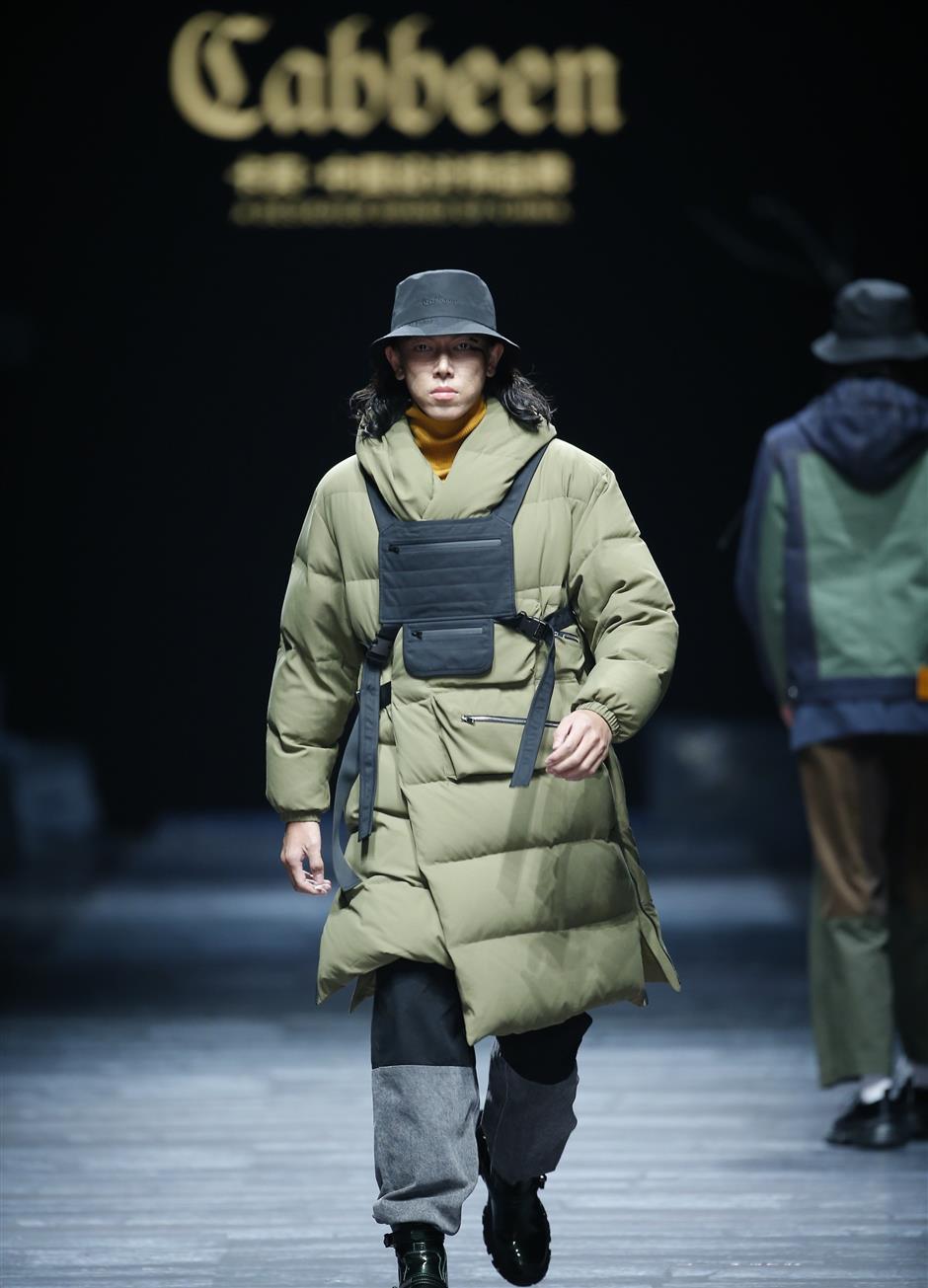 The collection is inspired by the style of military uniforms.

Earlier this year, the brand launched a Chinese city series. In a “Sichuan” limited edition, it used cartoon images of pandas, mah-jong and painted faces, while the “Wuhan” series saluted the city’s landmark Yellow Crane Tower. In the “Changsha” collection, a phoenix flying over the old town shows the spirit of nirvana after the pandemic.

Despite the gloom of a global recession in the fashion industry this year, Cabbeen swam against the stream and has opened boutiques with high-tech installations across China.

“As a designer, you need to have the aesthetic perception, which comes from your vision and cognition of life,” Ka said. “But to have a good design, we also need to return to the origin, that is the true understanding of clothing.” 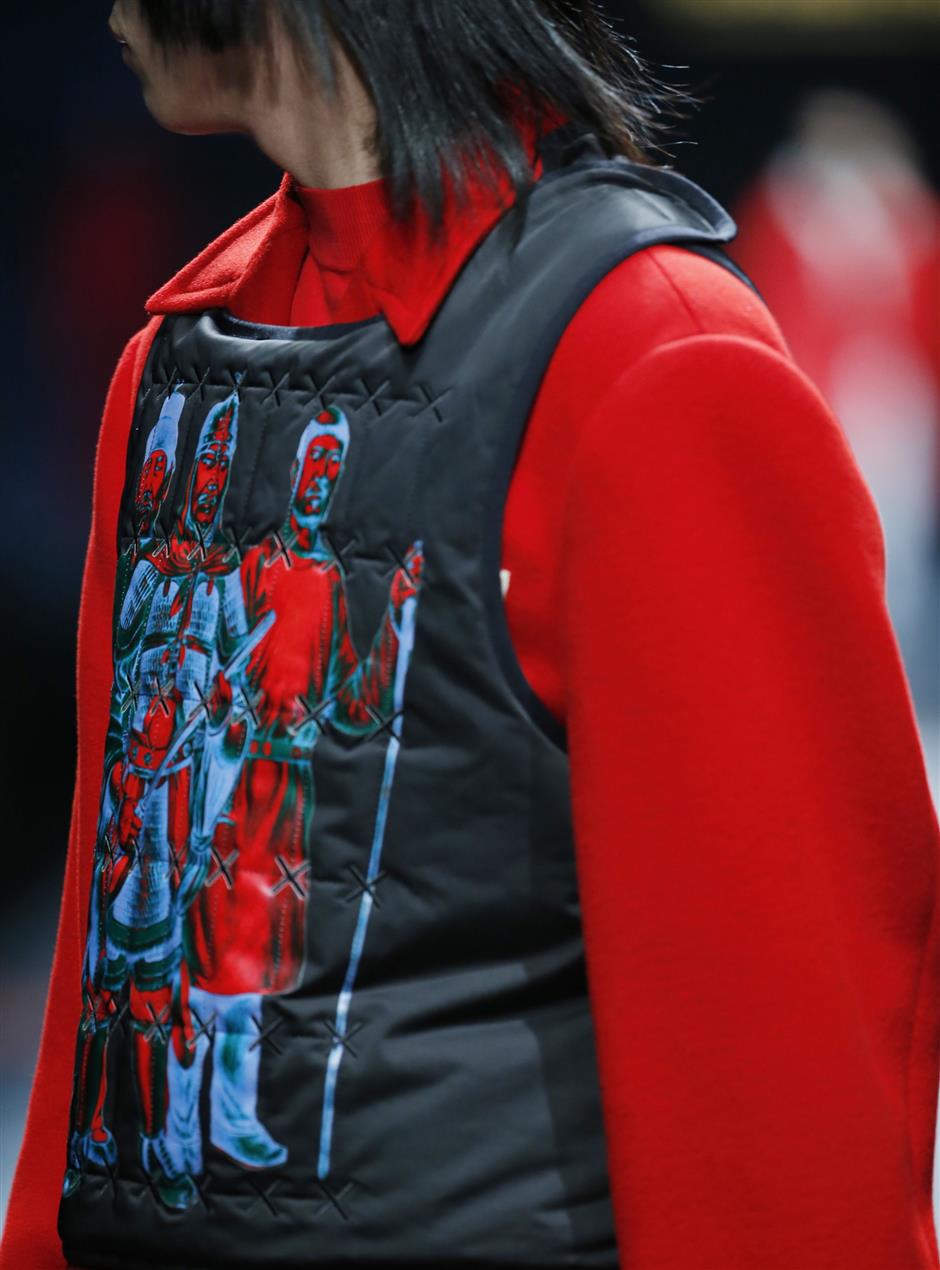 Warrior motifs are shown on the new collection.