Every photo tells a story, captures a special memory 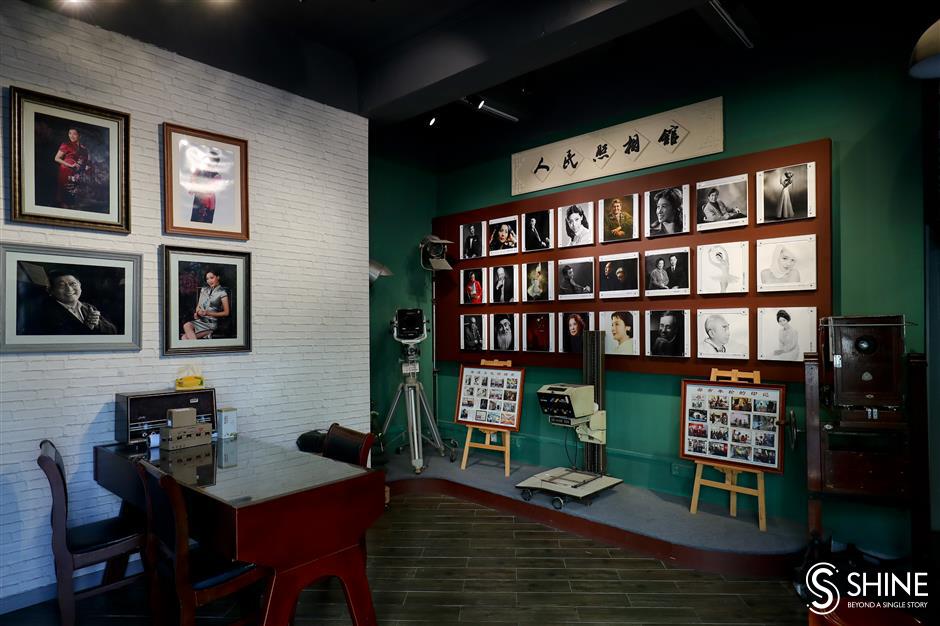 The first floor of the People Photo Studio is like a small museum, displaying vintage photographic equipment and old photos.

A picture is worth a thousand words.

A 70-something man surnamed Ye visits the New Shanghai People Photography shop on Hefei Road in Huangpu District to ask for an old photo to be restored.

“I live nearby and we are going to move,” Ye explains. “Last night, when I was packing, I found this photo, and it brought tears to my eyes. My father died in 1964 and I want this photo to remember him by.”

The photo shop, more widely known as the People Photo Studio, was established on Nanchang Road in 1940 by a Russian businessman under the trade name George Photo Studio.

It later became a state-owned photo studio and relocated several times — to Huaihai Road M. in 1959, to Julu Road in 1996 and then to its current location on Hefei Road in 2016.

The wall pictures feature an array of artists who were well-known in their day, including renowned Peking Opera performer Mei Baojiu and his sister, actor Zhao Dan, scientist Qian Weichang and gymnast Wu Jiani. All the images feature beautiful photography of light and shadows. 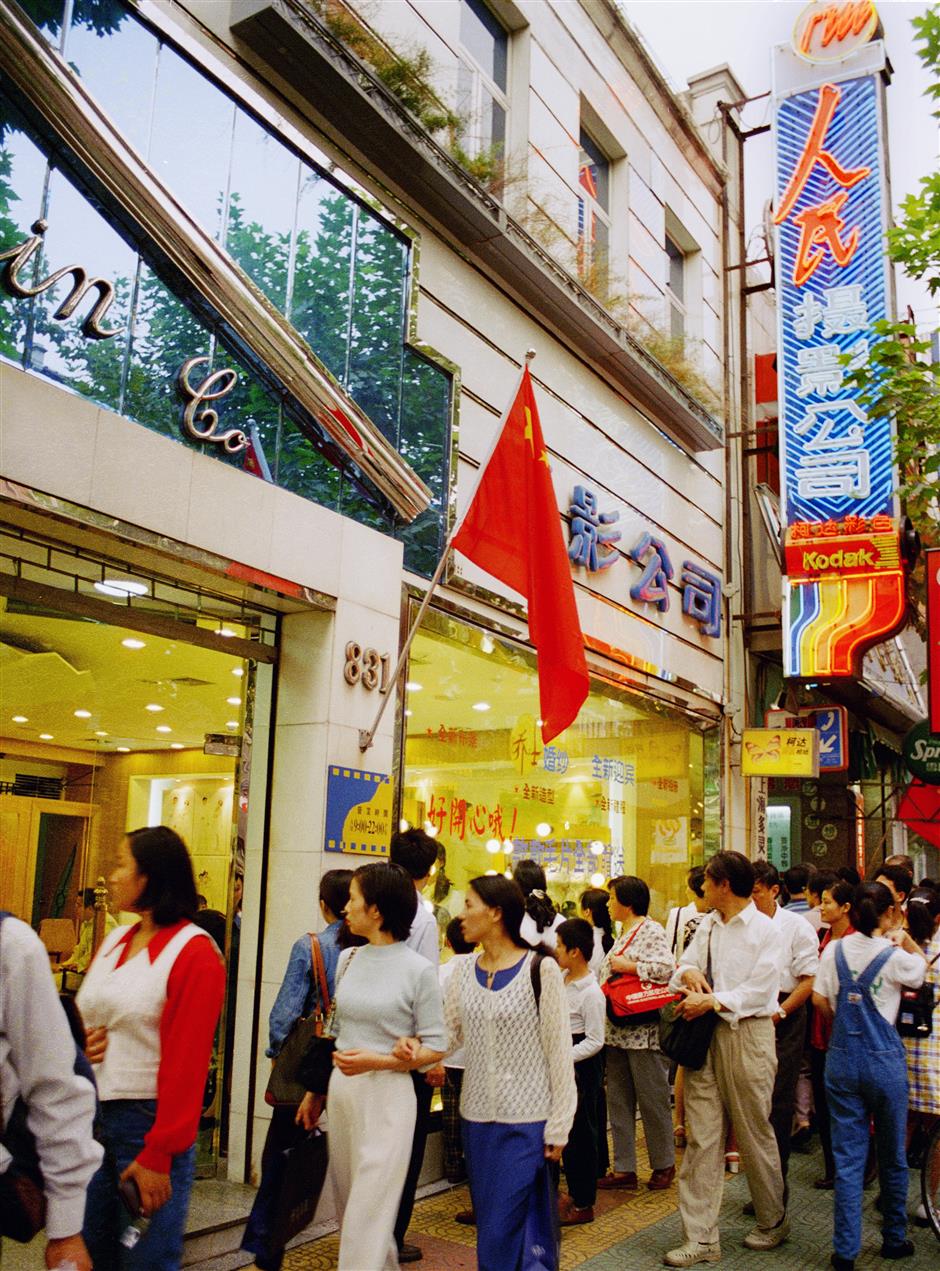 In days of yore, crowds of passers-by would stop to look at celebrities’ photos displayed in the shop’s windows.

In its heyday, the venerated studio was crowded with people, not only inside but also outside. A large number of passers-by would stop to look at the photos of celebrities pasted on the shop window.

Among the passers-by was an Italian press photographer named Giorgio Lotti. One of his famous photos features former Premier Zhou Enlai, relaxing on a sofa and gazing into the distance.

Invited in by the staff of People Photo Studio on a trip to Shanghai, Lotti engaged in some conversation with shop workers. During the conversation, a photographer named Gu Yunxing took a candid photograph of Lotti, which also adorns the wall of today’s photo studio.

Apart from old photos, the first floor of the studio serves as a small museum, displaying vintage photographic equipment, such as a camera lens left by its Russian owner in the 1940s and a Linhof Kardan color camera popular from the 1950s to the 70s.

“Visitors are always welcome here,” says Chen. “Since our photo studio is near Xintiandi, many foreigners pay a visit.”

The photo studio is designed in Old Shanghai style, down to the antique Hongxing-brand radio on a desk. Unlike other photo studios with various backdrops for photo portraits, the People Photo Studio has only one setting, decorated with classical furniture.

Those coming in to have their pictures taken are offered traditional cheongsam and Mao suits to wear. Due to limited space, the studio focuses on family and personal portraits. 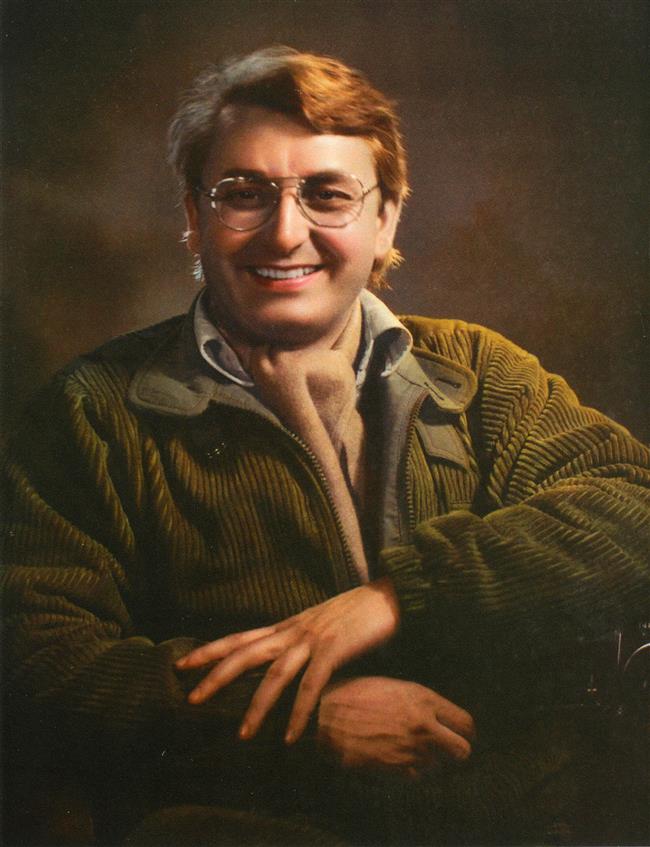 A portrait of Italian photographer Giorgio Lotti now hangs on the wall of the photo studio. 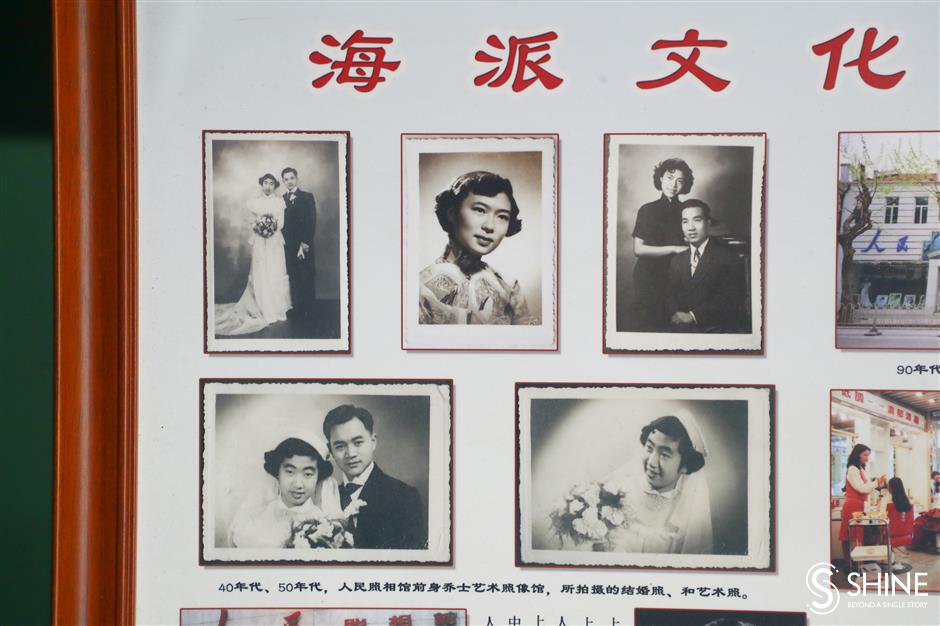 Prenuptial photography used to be the studio’s bread-and-butter business.

“Back in the days when the studio was located on Huaihai Road, our prenuptial photography was very popular,” says Chen. “People Photo Studio was one of the top four photo studios in Shanghai at that time. However, in the 1990s, many photo studios from Taiwan and Hong Kong entered the Shanghai market, which was a heavy blow to the local ones. Their marketing was more competitive than ours.”

According to Chen, there were around 10 local photo studios on Huaihai Road at one time, but all of them shut down and most were amalgamated into the People Photo Studio.

Hidden in an old back alleyway on Julu Road, People Photo Studio moved its core business from shooting photos to post-production work for other studios. However, many nostalgic people kept coming back to the shop to capture happy moments in their lives.

After 17 years, People Photo Studio resumed photography. To promote the return, the staff organized an activity called “Let Happiness Come Again,” which offered patrons who had had prenuptial photo shoots taken by the shop over the last 25 years to come in for three free wedding anniversary photos.

“Within two months, more than 1,300 couples registered for the event,” says Chen.

Chen recalled that many couples brought their old prenuptial photos to the studio. Some dated back to the 1950s.

One of the “anniversary” couples was a “groom” who was once the chief engineer of a waterworks in Shanghai and his “bride” was the daughter of a banker.

“The old gentleman, who was almost 90, told me that Huaihai Road was the starting point of their happiness,” says Chen. “They dated at a café on the road, took prenuptial photos at our studio and held their wedding banquet at the nearby Jin Jiang Hotel. We have become friends now.”

Another couple also deeply impressed Chen. One day, a woman came in to request a photo shoot as soon as possible because her husband was suffering from a serious illness. She wanted a photo to cherish after his death, Chen said.

“Many patrons even remembered the names of our photographers,” says Chen. “It heartened us to see so many old patrons.” 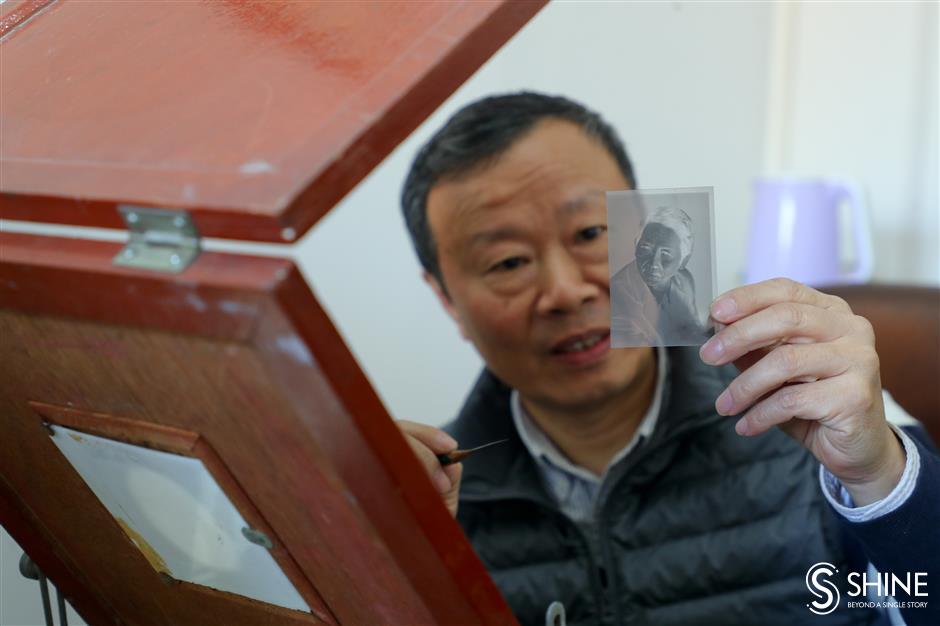 Chen, a skilled photo editor, has been working at People Photo Studio since 1980. He retouches photos with pencils, brushes and special knives. No Photoshop here previously. Under his skillful hand, figures can be slimmed, eyes opened wider and wrinkles removed.

Chen takes out his old, wooden tool kit, which contains an illuminated board, an ink stick, a brush and a pencil. Specially sharpened with sandpaper, the pencil marked “HB” with 4.5cm lead is neither too hard nor too soft for retouching work.

“It is just like being a surgeon,” says Chen. “Every step needs to be done carefully.”

Chen has worked as a photographer as well, “expanding his horizons,” in his words.

People Photo Studio celebrates its 80th anniversary this year. But things have changed. The shop window no longer attracts interested passers-by, and it’s likely the shop will have to relocate yet again after only five years since its last move.

The shop has trouble finding and keeping talent, according to Chen. Some young people use it as a training base, then move on to other studios offering higher pay.

“Beyond a photo studio, this shop is the repository of warm stories,” says Chen. “We need to mobilize the enthusiasm and initiative of our employees, and maintain the brand profile that made us so popular in the past.”