People’s living conditions in Jiading have improved significantly, with the upgrading of plainly decorated bungalows to highrise residential buildings that are more than just a roof over people’s heads.

Jiading residents Lu Muxiang, who researches the district’s culture and history, and Li Tong, an urban planning engineer, share their stories of owning a pleasant place to live over the years.

The houses, elevated roads and highways in Jiading District are surrounded by greenery.

Lu Muxiang: From a combination of straw and mud to highrise buildings

Back in the 1980s, “houses” in the rural area of Jiading were usually bungalows that were often made of straw and mud.

The housing quality was poor, and space was limited. It was quite common for several generations of a family to live under one roof — with only one room and a curtain used to separate areas in the residence at night. It would be even more of a headache if there were relatives visiting and staying for the night.

There was also a kind of rather “fancy” house in the rural area. Built with bricks and wood, rooms circled around a square with a patio in the middle. It was most representative of rural houses in southern areas of the Yangtze River.

Houses and furniture were the most important purchases in the 1980s, when people started to make money. In the rural area, we built our own houses.

In 1986, I came back to my hometown Jiading after working in Lanzhou, the capital of the northwestern Gansu Province, for 13 years. My mother, who was in her 70s, told me of her concerns just three days after my return.

“Everyone in the village is building houses. What are we going to do?” she said. I assured her that we would build our own, though I was fully aware of the difficulties that lay ahead.

It was not easy to buy enough construction material. I made some calculations, and the bricks, the cement, sand, steel, wooden frames all added up to around 30,000 yuan (US$4,560) plus money to hire workers.

In October 1989, our house was finally finished after 40 days of construction. To be honest, it was hardly a “beautiful” house. The ground floor had solid walls but the second floor had hollow walls. Tap water and a sewage system were not heard of in the countryside, so we naturally didn’t have them. But a house of our own was surely enough to lead us to satisfaction and joy.

Infrastructures in the rural area began to improve in the 1990s. Houses built after that would be equipped with a kitchen that used gas and a restroom with flushing toilet.

A campaign to mobilize villagers was launched in 2000. Residential communities began to be built and our village of Hongqiao merged with other villages.

The community we lived in was over 40,000 square meters, built with various structures that were home to more than 4,000 households.

We moved into a terraced house with bedrooms on the second floor and other necessary facilities like a big living room, a kitchen and a dining room on the ground floor. Water, electricity, gas and telecoms were all in place. It was a total makeover for our living environment.

Now that revitalizing the suburban area has become a national strategy, renovation for a batch of rural living projects is underway. While preserving the authentic texture of the villages, they are more modern and adopt smart means for rural management.

There’s access to high-speed Internet. Pipelines for water and sewage are installed, and security systems utilizing facial recognition are in place.

Villagers are happy staying where they are without being forced to move into the city. 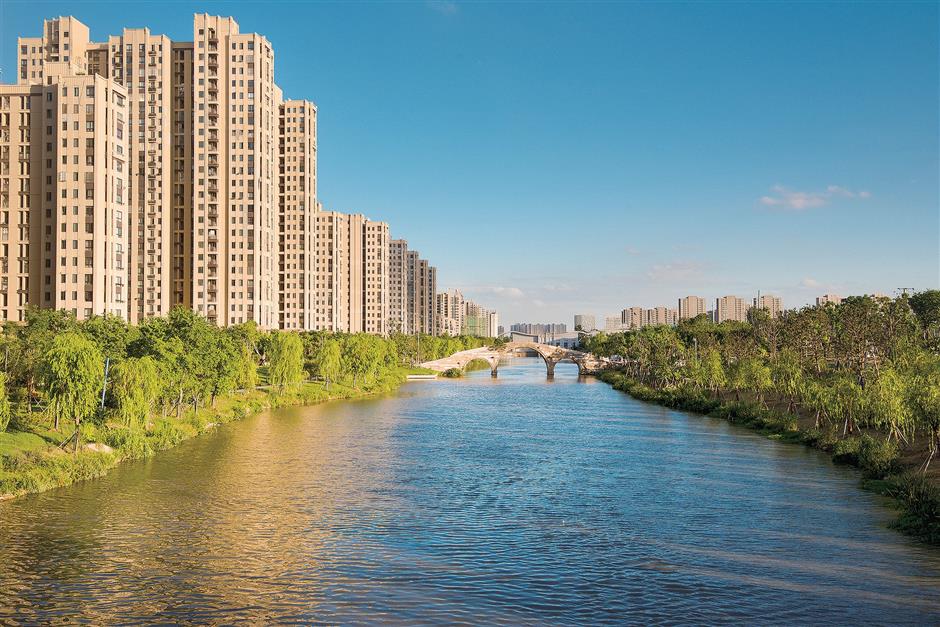 Residential houses built along clean waterways are witnesses of the improvements in residents’ living conditions in Nanxiang Town.

When I first came to Jiading, the tallest building in the district was the Fahua Pagoda which was only just over 40 meters. The residential structures were mostly bungalows, scattered among agricultural fields. There was no overall urbanization in the region.

The process only began in 1979, when construction of residential buildings was listed as a national campaign to improve infrastructure.

Before that, the average living space per person was less than 8 square meters. Even long after the campaign, the residents needed to rely on the unit they worked at to distribute housing resources after the buildings were finished.

There was a friend of mine who got a 12-square-meter apartment, and the facility had to be multifunctional — there was one room only. When the sofa was pulled out, it would serve as a bed.

The kitchen was a public one. When it was cooking time, the woks and bowls would be all playing a symphony. Yet the most inconvenient time was in the morning when everyone stood in line to use the sink, freshening up for the day. They might sometimes wait for more than half an hour.

In 1982, the district issued an overall layout further dividing the functional zones based on local geographical traits and cultural relics. The area circled within the main riverway was designated as the living area while the land outside the circle became an industrial zone.

The riversides were also planted with trees to make greenbelts.

I was most impressed with the construction work of Taiyuan New Village, a city-level residential pilot project I was engaged with.

We broke free from the traditional design and gave the buildings a Spanish-style façade. Ribbons, pagodas and butterflies were some of the patterns we used to give the community a vivid look.

What’s more, we realized the idea of a “living room” in these apartments, when it was still a rare thing in Shanghai. We promoted bigger living rooms and smaller bedrooms in the design and restructured people’s activity space in the domestic environment.

Between 1979 and 1987, Jiading had about 1 million square meters more of multi-storey residential buildings while since the early 1990s the district made advanced moves to promote development of a general zone and support facilities and service improvements. By 2000, a modern Jiading was already taking shape.

Also around that time, commercial housing began to sprout, and the era of housing distribution came to an end. It brought faster and better housing upgrades.

It is now a common sight in Jiading to see houses with proper greening, security and sports facilities. There are also multiple channels for housing provision, and renting is also an option now.

Dilapidated houses are being phased out in Jiading, and people have higher expectations for their living environment. More community forms such as rural complexes have been introduced, but retaining the original cultural landscape as well as revitalizing the city is also highlighted in the process. 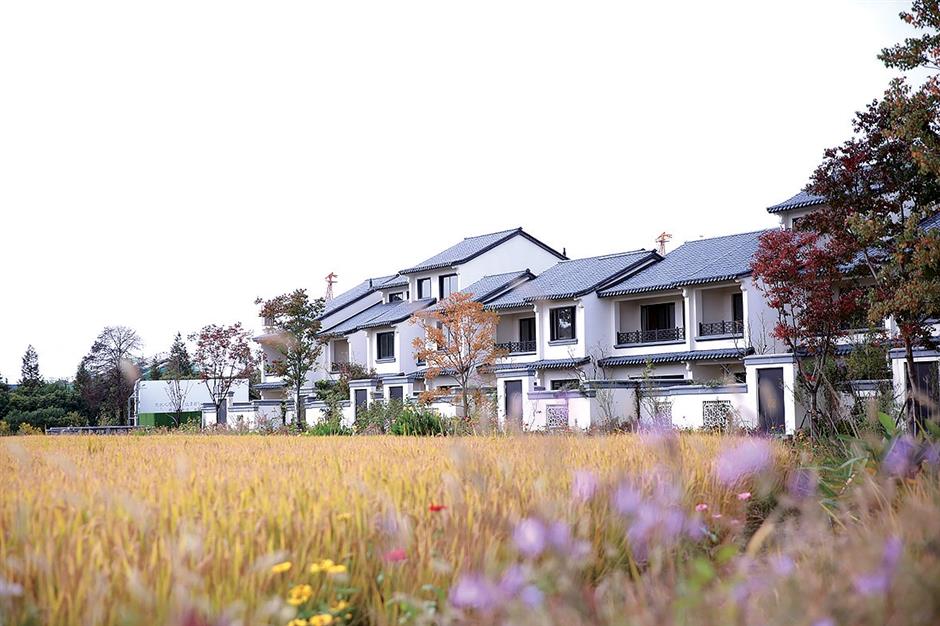 The houses in Lianyi Village in Huating Town have seen significant improvements.

﻿
Special Reports
﻿
61763
,
Living conditions improved as residents recall how much has changed over the years
Wider world beckoned for the hometown girl
Design Shanghai returns with bigger show
Buckle up for this immersive auto-themed exhibition
Names change for shopping center villages
Suzhou's foreign residents stage talent show
Embroidery is weaving a new way of life for the women of Dongxiang
Every photo tells a story, captures a special memory
Animal adoption as of November 19
Historic abode combines elegance and simplicity
EXPLORE SHINE