A simple opportunity to learn Chinese in China turned into the adventure of a lifetime for a Danish woman, who found a calling educating underprivileged children in remote parts of the country.

Siri Hoelmebakk decided to quit her job in 2008 and study Chinese for two years at Southwest Minzu University in Chengdu, Sichuan Province. Hoelmebakk had been a middle school teacher in Denmark for 25 years prior to the journey. But the temptation to come to China was too hard to resist, and she fell in love with China and decided to stay and give something back to the nation that welcomed her. 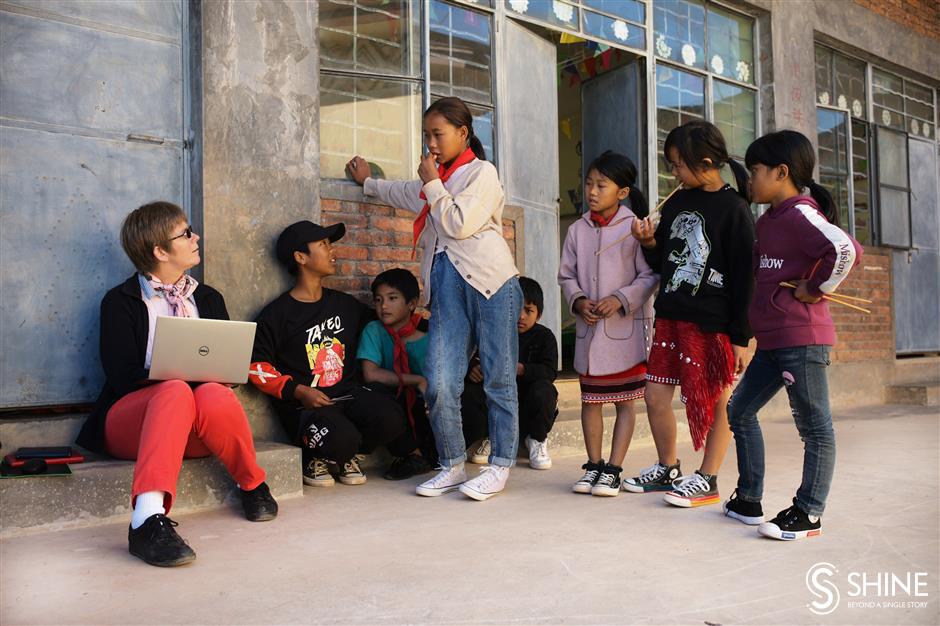 Siri Hoelmebakk chats with the children during a break in Banmu Village of Ximeng County, Yunnan Province.

At first she was unsure of what to do and began working for a non-government organization in public welfare. That eventually led to a position as deputy secretary general of Shanghai Huji Foundation. Now Hoelmebakk raises money and sets up preschools in remote Chinese regions.

“Basically, we establish preschools in remote villages, hiring and training locals to be qualified teachers,” said the 57-year-old.

Using this model, the foundation has helped to establish more than 220 preschools for 7,000 kids in poor and remote villages in China, including 797 kids in Ximeng, which is seated in southwest Yunnan’s Pu’er City. The mountainous town was delisted from the poverty-stricken county list last year.

Besides, the Huji foundation also supports four other counties in Yunnan, Sichuan and Hubei provinces in rural preschool education, and works on rural community development. 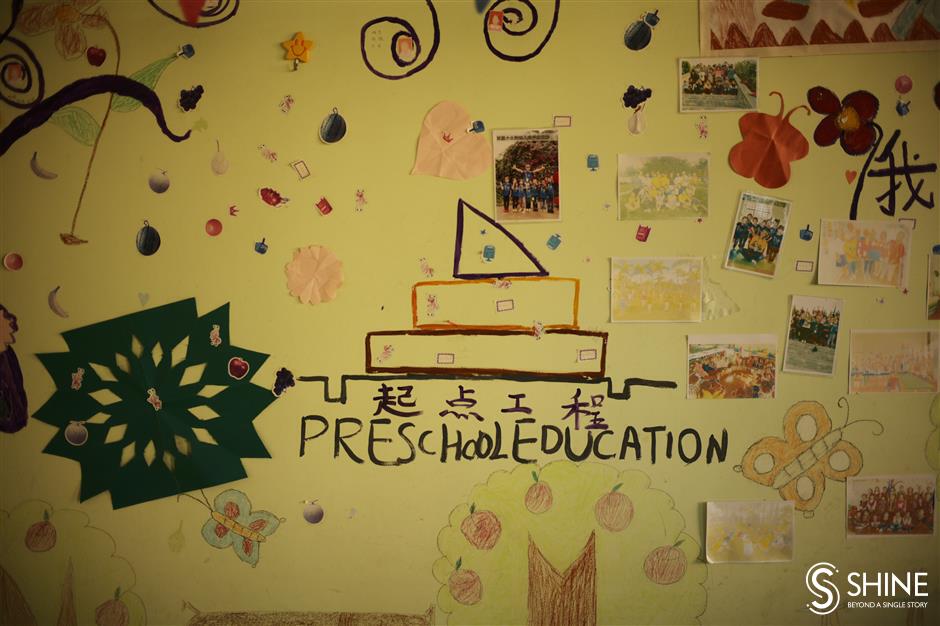 A wall doodle by kids at the Banmu Preschool

“Part of my job is to help program managers solve problems. I also give training classes for teachers of preschools. So I’m a teacher for teachers,” she said.

As well as a major responsibility for project implementation, Hoelmebakk makes budgets, writes reports and oversees site inspections before a new project can start. The Dane said five conditions must be met for a new school: a proper classroom; a competent teacher; parents’ willingness to pay; enough kids for a class and the support of the local authorities.

The preschool programs are usually for children between the ages of 3 and 6 years old. But not all kids in the villages attend.

“Maybe some kids leave the town with their parents, or some families have financial difficulties and can’t send their kids to our preschools,” said Hoelmebakk. “Sometimes we would go to over 15 villages, but only five of the villages met the criteria needed. It’s hard to say.” 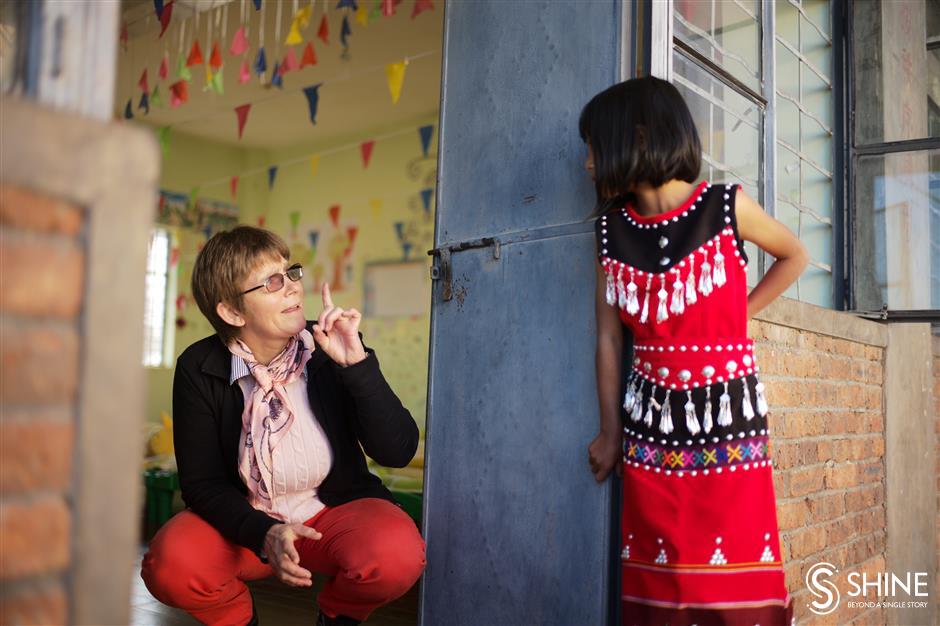 Hoelmebakk encourages a girl of Wa ethnic minority to go on a dialogue with her.

For Hoelmebakk, her job requires fluency in speaking and understanding Mandarin.

“Although I had learned Chinese in university, I felt I really began to acquire it when I started working,” she said.

Hoelmebakk says she now has less barriers in communicating with kids and the locals.

When I began the project, kids called me 'ayi (aunt),' but now they call me 'nainai (grandma).' If I could, I would do the project till I'm 100 years old.

Ximeng education bureau revealed the local kindergarten attendance rate had been raised from 50 percent to 89 percent since the “Preschool Of The Future” project started in 2015 — 4 percentage points over the central government’s target set in 2011.

“The Chinese government has invested a large amount of money to build new preschools,” Hoelmebakk said. “Our focus is to pay much more attention on improving teaching quality.” 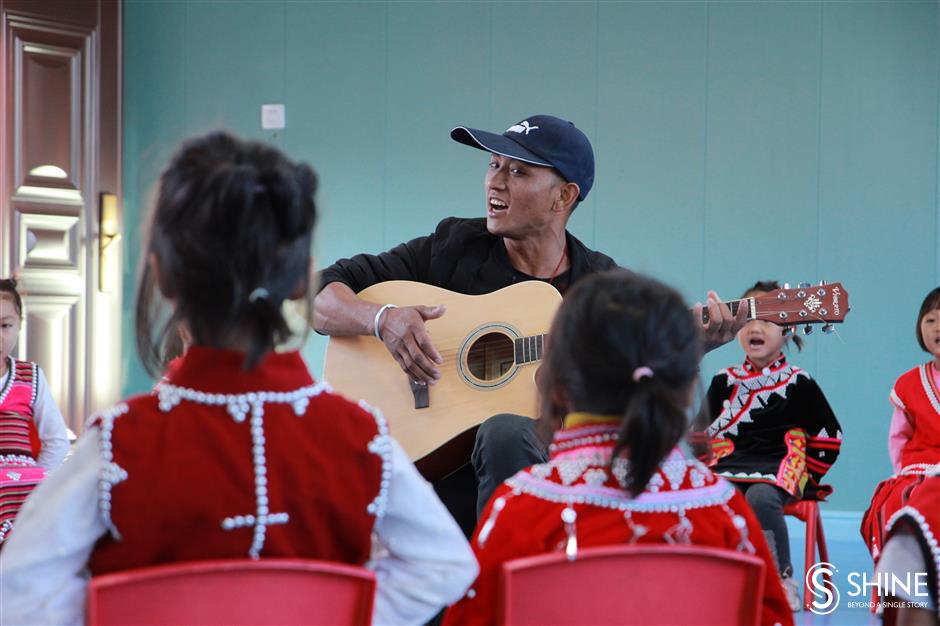 Yan Ke plays the guitar in a singing class in Banmu Preschool.

Every month, Shanghai Huji Foundation provides free training courses for preschool teachers in Yunnan. Yan Ke, a former folk dancer of Wa ethnic minority, was one of those trainee teachers.

“I attend training classes several days a month to learn new skills, such as how to tell stories to kids and how to make some handcrafts,” said the 26-year-old. “Sometimes I go to other preschools to observe classes. I feel I have changed much. I am now more bold and confident when facing kids and parents.”

Yan clearly remembers the phone call he received from the village Party secretary on March 5, 2017, asking whether he wanted to be a teacher for the village kids.

“I agreed immediately because I love kids,” said Yan, who became a preschool teacher after one month’s training. 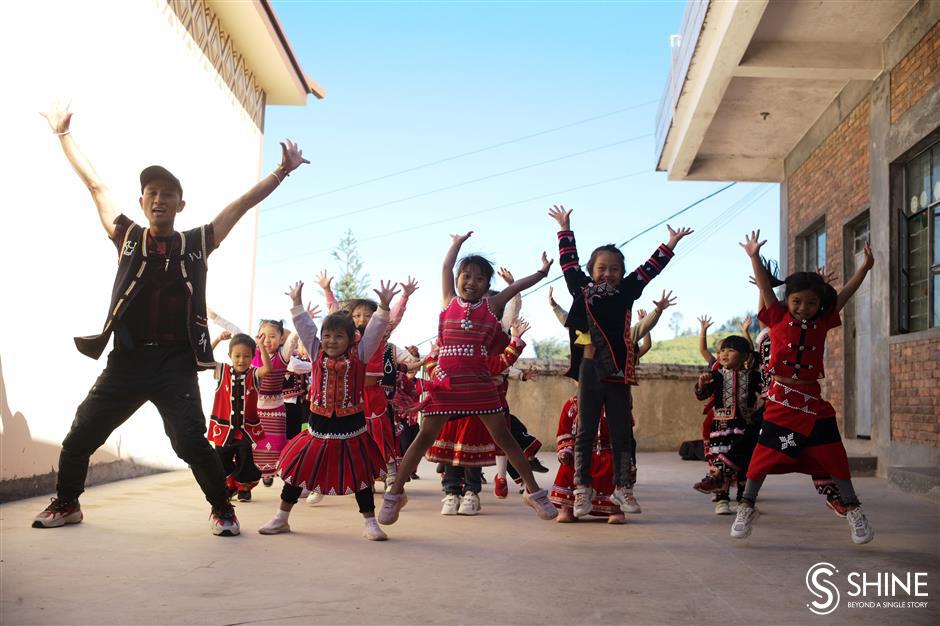 Yan has seen three preschool classes move on to primary schools under his tutelage and now looks after a fourth class of 17 girls and 10 boys.

“I’m happy with the good feedback, saying graduates from my class are better than those not in preschools,” said Yan. “I hope they can be university students. I wish them the best.”

Yan sometimes plays the guitar to the kids and teaches them to sing a song. He also helps them playground exercise with bilingual instructions.

“Many kids in my class only speak the local dialect, and cannot understand mandarin,” he said

Yan recalled seeing one of his pupils, Na Tuo, at her home for the first time at the beginning of the semester in September. The 5-year-old girl looked shaggy with messy hair, dirty nails and shabby shoes.

Every day after school, Yan would talk to Na in mandarin for five to 10 minutes. Now she can understand mandarin and respond with simple sentences, such as “Thank you, teacher. I’m happy.”

Ximeng is a county with 24 ethnic minority groups, including Yi, Wa and Lahu. Most parents only speak in their regional dialects at home. 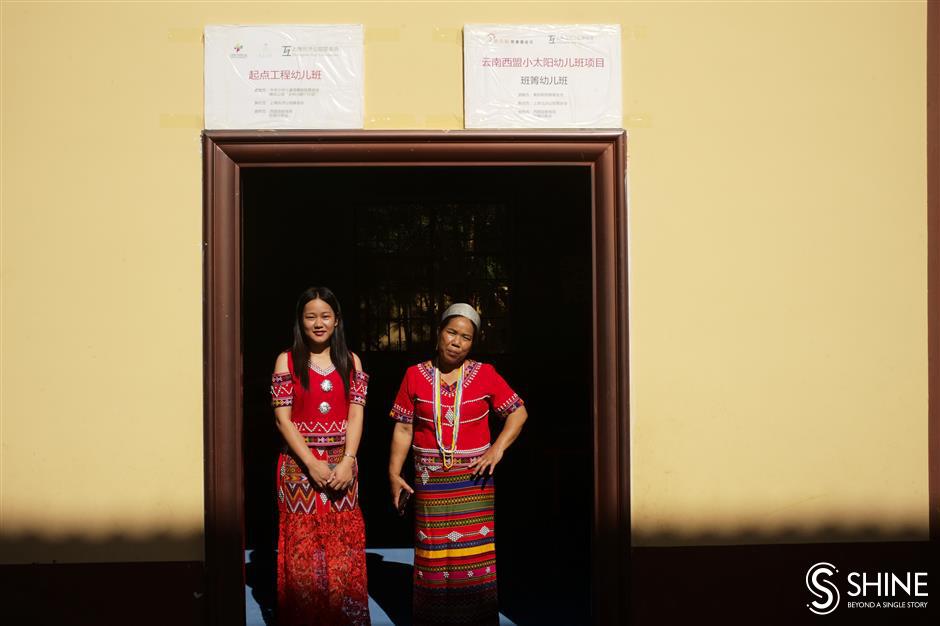 Yang Jinfeng (left) and her mother Ye Gei, who joins in her daughter’s project in Ximeng

“Bilingual teaching is a way to gradually let the kids understand mandarin,” said Yang. “We want to help them feel at ease with mandarin when they move on to primary schools.”

Yang, a collage graduate, joined the project in 2016 by chance and decided to become a preschool teacher in her hometown.

“I’m also a Wa ethnic. I know our region is a little backward in education. What I want to do is to develop good habits in children and prepare them for attending schools,” Yang said. 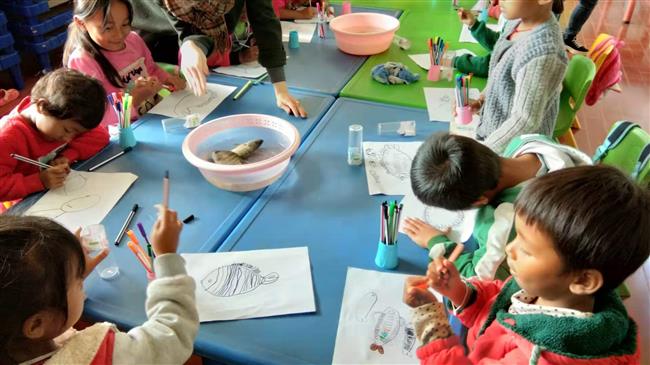 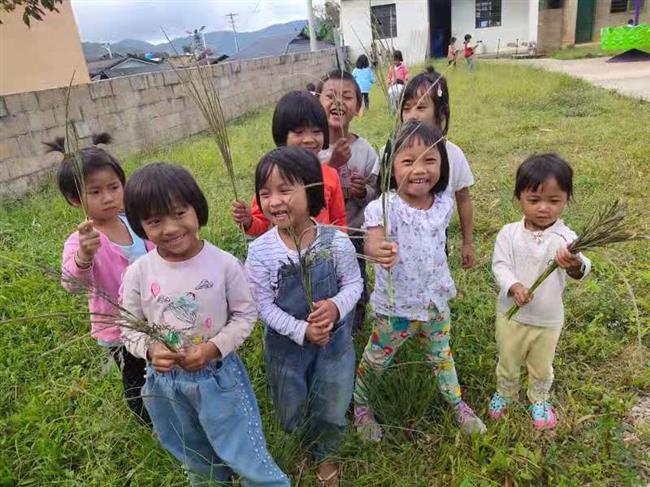 The 27-year-old is now in charge of 35 preschools in Ximeng. Each month, she visits every preschool to help solve any problems the teachers may have encountered.

“At first, Yang was very shy. When we wanted to promote her to program manager, she said ‘no.’ But now she is more extroverted and does a really good job,” said Hoelmebakk. “What makes me happy is the change in the local people, both the kids and teachers.