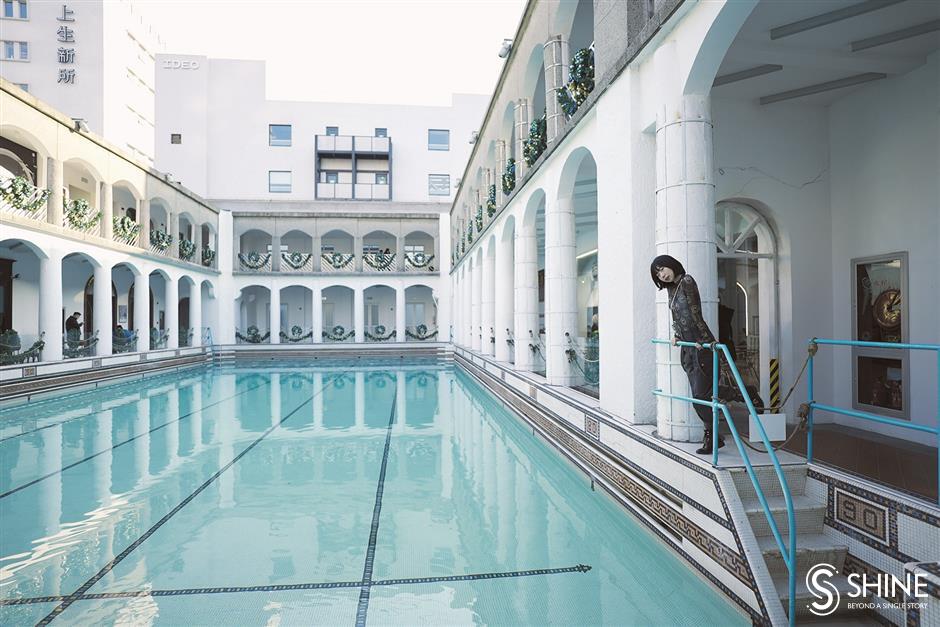 Fiona Li stands by a courtyard swimming pool at the Columbia Circle compound.

The Japanese bookstore chain Tsutaya opened its first Shanghai store in the former Columbia Country Club at historic Columbia Circle on Thursday. Built in 1924, the Columbia Circle compound was a gathering place for Americans between 1927 and 1942, and reopened as a historic compound with restored structures in 2018.

It once consisted of the Columbia Country Club, the Navy Club and a villa built for Dr Sun Yat-sen’s son, Sun Ke, along with 11 industrial buildings.

With the opening of Tsutaya Books and Sun Ke Villa — which opened last month — visitors can explore the compound’s structures by making a reservation. iDEALShanghai has more information about the compound’s century-old buildings.

Tsutaya’s Columbia Circle store is different than its other outlets.

On the first floor, original items such as Collins columns and fireplaces have been preserved. Original pictures of the building are printed on glass panels around the columns, chronicling the building’s history.

Books are divided into different sections, each with its own editor. The first section is “1924,” the year the building opened, with selected books about that time.

According to Qi Qi, the store’s chief, there are more than 50,000 books and 17,000 cultural items in the store, almost half of which are foreign.

The latest Japanese and vintage magazines are available, including those related to British music, fashion and culture.

The second floor has a more modern design, with art, architecture and design sections, and a bar called “Time Flies” which also serves food.

The most unique second floor section is “Big Book,” which as the name suggests consists of large books, mostly limited editions. White gloves are available for readers to wear while turning pages.

The store’s heaviest book is a 50-kilogram volume of the works of English fashion and portrait photographer David Bailey. A book about Ferrari in the shape of a car engine with materials used in the cars on its cover sells for 74,000 yuan (US$11,290).

A small gallery in the center of the second floor displays works from up-and-coming artists, and currently features calligraphy by Chinese artist Xu Jing.

Tsutaya also features Japanese arts and crafts, including a popular tote bag designed by acclaimed Japanese illustrator Yu Nagaba. The bag is decorated with his iconic lined drawings. Priced at 600 yuan, it’s one of the least expensive bags in Nagaba’s collaboration series.

A reservation is required through the Tsutaya Books WeChat mini program. 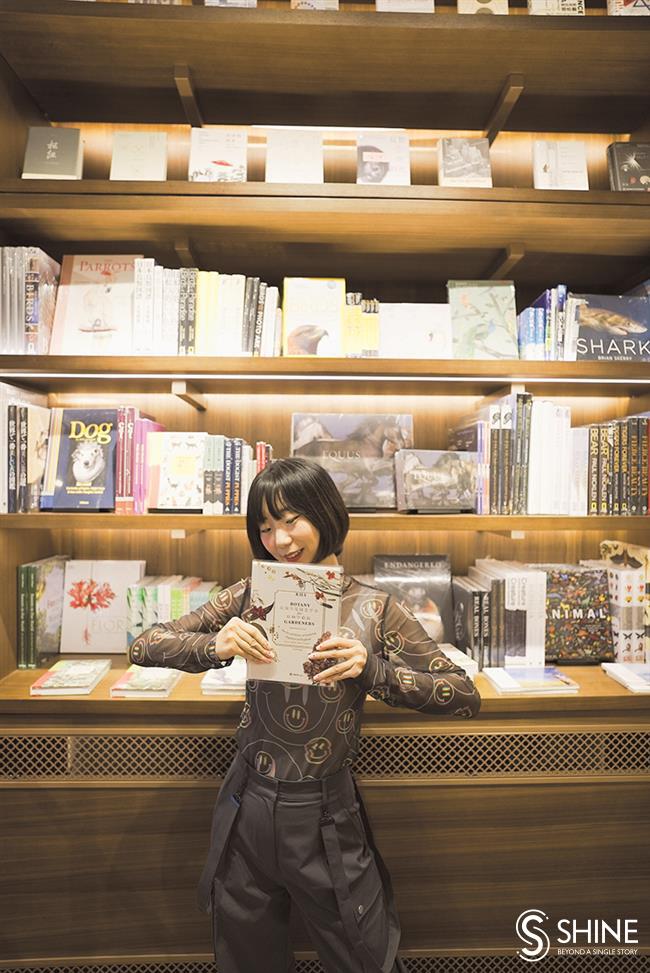 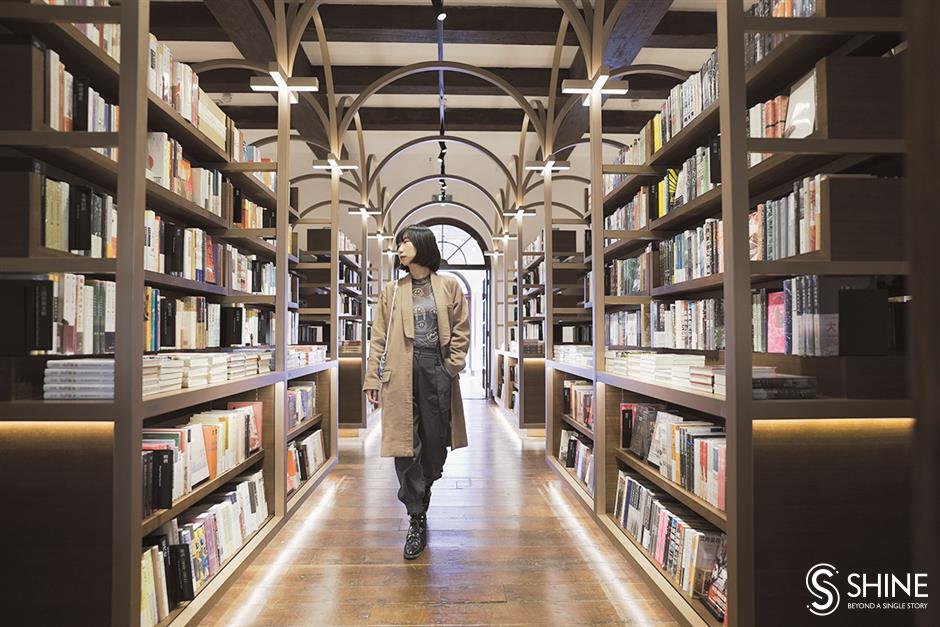 Other new and vintage items

• Konairo watches (2,900 yuan) with colorful faces sold without a watchband. The watch face is coated with iwaenogu, a traditional Japanese paint made from natural mineral pigments.

• Zebra Sarasa Mark On Gel Pens (10 yuan), one of the store’s most affordable items that can stand up to a highlighter pen’s ink in just five seconds. 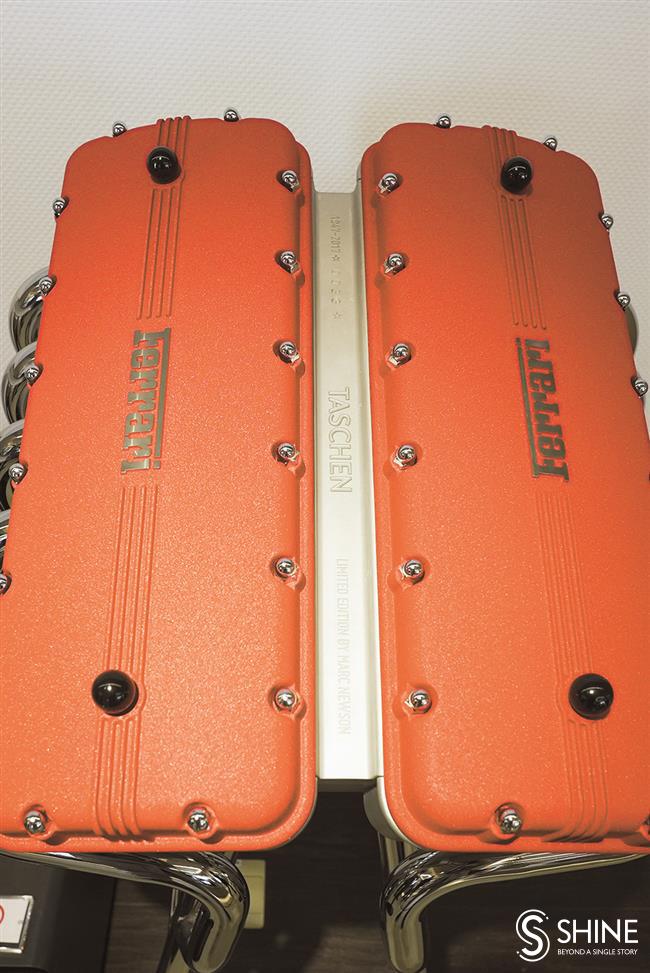 A book about Ferrari in the shape of a car engine 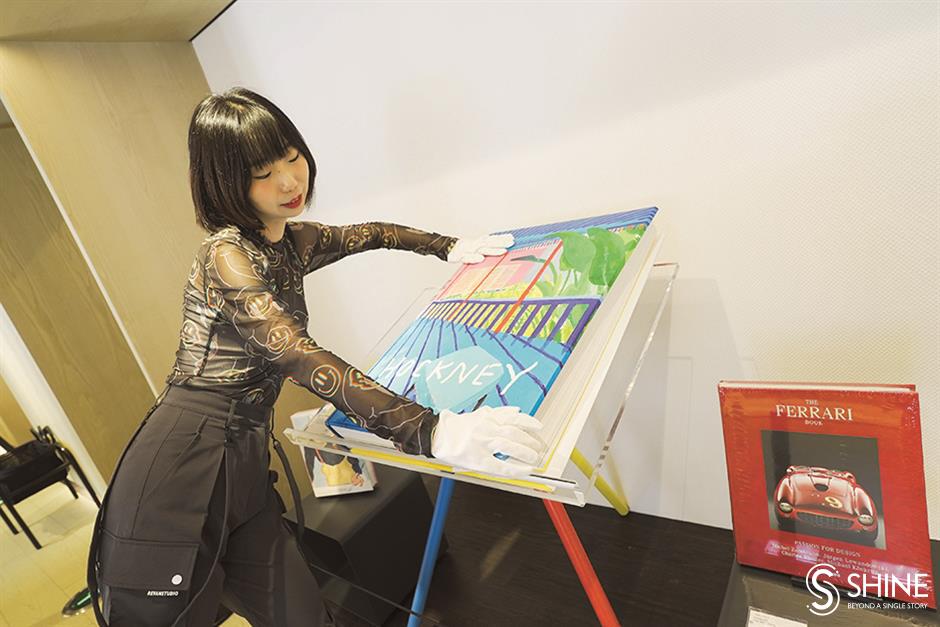 Fiona Li opens one of the store’s big books. White gloves are available for readers to wear while turning pages.

Find the history of Columbia Circle at Sun Ke Villa

Next to Tsutaya, the Sun Ke Villa, built in 1931, opened its ground floor to the public last month. The villa was designed by renowned architect Laszlo Hudec as his ideal Shanghai home, and later belonged to Dr Sun Yat-sen’s son Sun Ke.

Hudec primarily drew on Spanish-style architecture in vogue in the United States at the time.

He built a garden villa for himself next to the club, which blends at least five architectural styles — a Spanish roof and red tiles, Baroque window frames, an Islamic arc and tipped decoration, and Renaissance-style chimneys.

An exhibition in the title of “IDEAL: The Exhibition of Urban Regeneration and Historical Review of Columbia Circle” will be ongoing till March 14, 2021. It documents the preservation of the historic structure and surrounding area in the Columbia Circle compound. The exhibits inside the villa tell stories about Columbia Circle during the past 96 years.

Its wooden floors, a curving staircase, French windows, elegant chandeliers and quarters that once housed servants attached to the villa have been preserved.

The villa’s fish scale wall was restored by a group of experienced masons using a technique rare among local historical villas. The techniques used to make the fish scale wall and waterstone floor are also part of the exhibition.

A reservation is required through the Columbia Circle WeChat mini program. 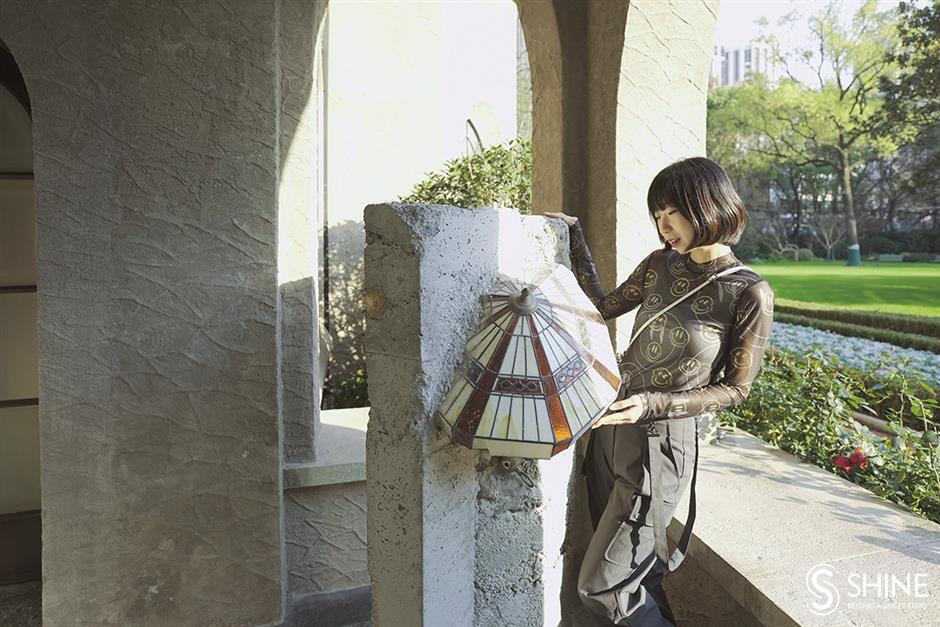 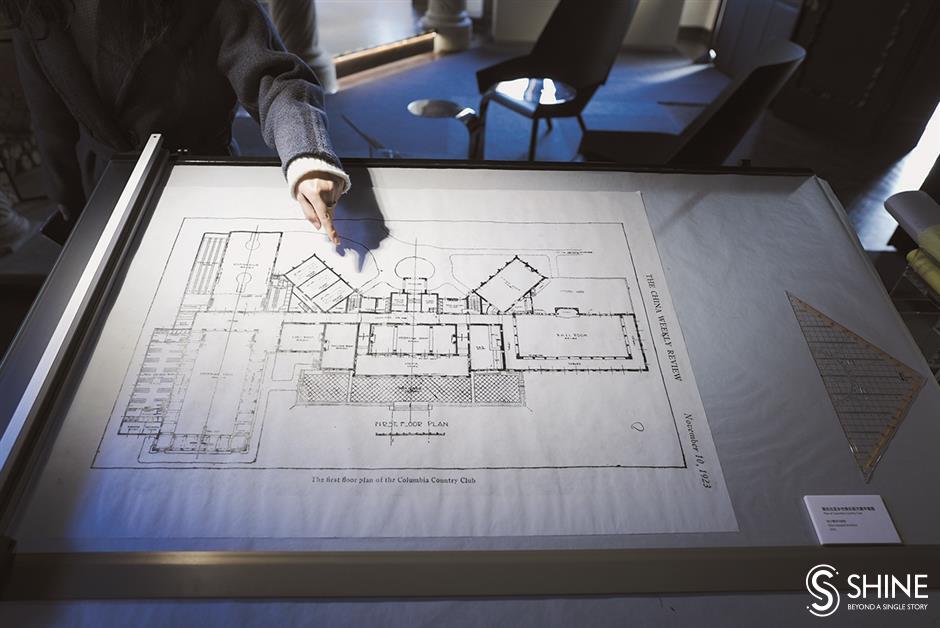 A planar graph of the Sun Ke Villa 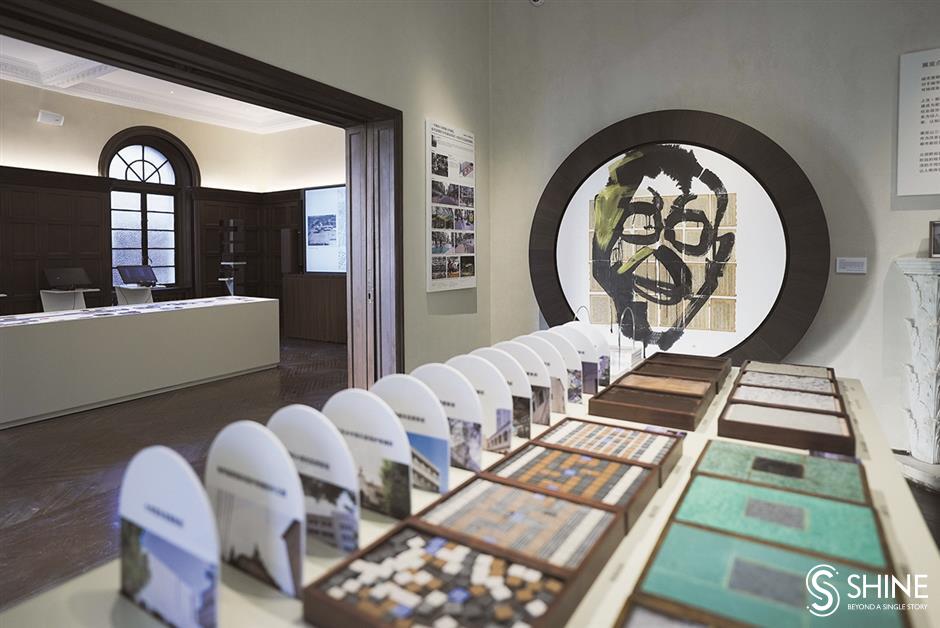 An exhibition is ongoing inside the Sun Ke Villa. 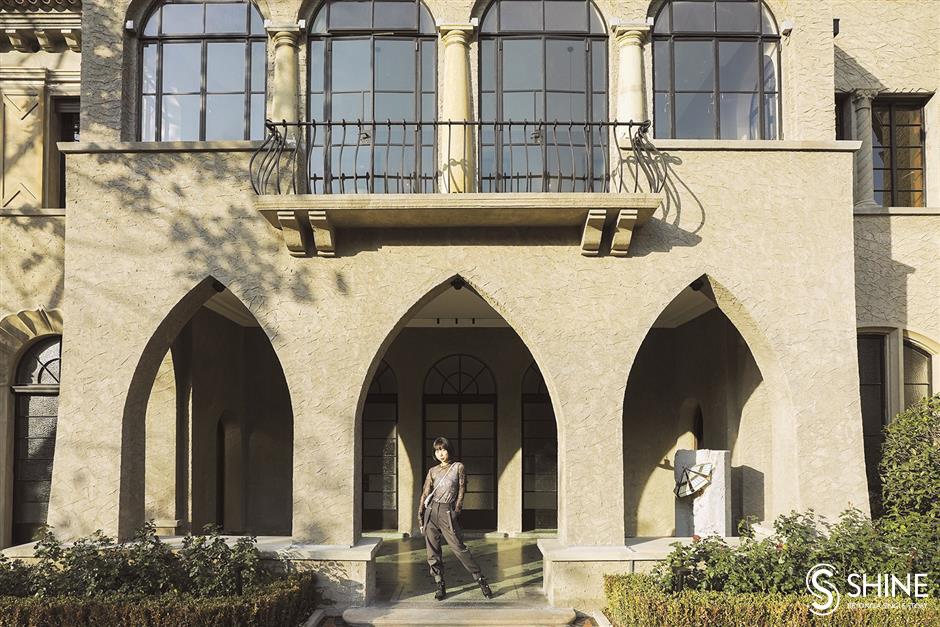 The villa, built in 1931, was designed by renowned architect Laszlo Hudec as his ideal Shanghai home.