Boys vs girls: It's hard to shake old ideas 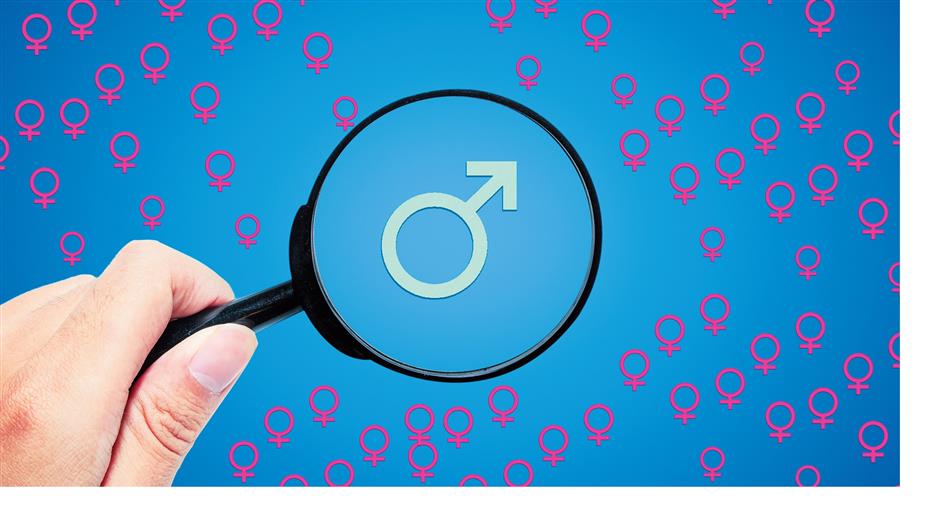 Shanghai resident Christine Zhao is expecting her first child this year. Like so many mothers-to-be nowadays, she has joined prenatal chat groups on WeChat and installed smartphone applications related to mother-child care.

But she says she was quite taken aback by some of the comments appearing in her chat groups.

“One day a member announced she had given birth to a son,” Zhao says. “While some people congratulated her, other mothers-to-be sent posts also wishing for a baby boy. It made me feel uncomfortable. Like, it’s not the Qing Dynasty (1644-1911) anymore.”

But the truth is that old traditions die hard. Some Chinese born in the 1980s or 90s still cling to the belief that a son is better than a daughter.

On the short-video platform Douyin, the Chinese version of TikTok, more than 8,700 videos carry the tag “jienanbao,” which means “wishing for baby boys,” and they have attracted more than 200 million clicks.

The videos are mainly about the daily lives of baby boys or sometimes young mothers telling stories of giving birth. Some videos have hundreds of thousands of comments, like “wishing for a healthy and smart baby boy” or “wishing the baby girl in my body turns out to be a healthy boy.”

The same thing occurs in an online forum about mother-child care. On Mamabang, one of the most popular online forums of its kind in China, there are more than 68,000 results under the search string “jienanbao,” while the string “nufannan,” or “girls turning into boys,” has hundreds of results.

“Nufannan” refers to instances when ultrasound shows that a fetus is female, but baby turns out to be a boy.

On Mamabang, mothers share conditions that they deem a male child, including the shape of the gestation sac — “the rounder the belly is, the higher probability of a boy.”

They also point to cravings as a telltale sign: “If you crave sour, then you might be expecting a boy, or if spicy, a girl.”

Some comments border on the supernatural, like “I dreamed of a golden dragon and a black water snake right after my baby was conceived, and of picking peaches and eating tomatoes when I was at 12 weeks.”

Of course, not all mothers want sons. One mother with the screenname Qianqian said: “We expected a daughter who would have be a dream girl for me. But I gave birth to a son, and my heart dropped to rock bottom.”

When people in her post congratulated her on her “luck” bearing a son and wished the same fate for their newborns, she blocked some users to preserve what she called her mental health.

“The last straw was a woman who just had given birth to a boy after four daughters and was reveling in that fact,” Qianqian said. “I feel so sorry for her daughters.”

China has pushed back on gender preference for years. According to the National Bureau of Statistics, the sex ratio of Chinese under 4 years old at the end of 2019 was about 113 boys to every 100 girls.

According to World Health Organization, the natural sex ratio at birth should be around 105 boys for every 100 girls.

These issues are not confined to China. In agrarian societies around the world, sons have long been favored because they can help cultivation and inherit the family farm someday, while girls marry and become attached to husband’s families.

The practice of favoring sons has also been embedded in Western cultures. The British royal house changed its succession rules only as recently as 2015 to give daughters equal access to the throne.

After China introduced its second-child policy, also in 2015, some parents with only a daughter expect to try for a son.

“I have to say that the influence of the last generation is still strong among young couples,” says Yang Xiong, a researcher with the Shanghai Academy of Social Sciences.

“While most young people are more open-minded, the pressure they face from their parents may influence their decisions.”

In China, doctors are forbidden from revealing to parents the gender of fetuses during pregnancy tests, but there are ways to circumvent the ban.

In February 2019, Shenzhen customs reported that they seized 28 human blood samples being illegally sent to Hong Kong. Taken from pregnant women, the samples could be tested for the presence of the Y chromosome that indicates a male child.

A year earlier, a Hong Kong man was sentenced to two months’ criminal detention for operating a “blood test” business in Zhejiang Province, neighboring Shanghai. He sent blood-sampling apparatus to clients, who would mail the samples back to him. The samples were then sent to a medical institute offshore. The man advised his clients to “hide the samples inside cookie boxes” to pass customs inspections.

So what if illegal tests show a female fetus?

In 2012, Chinese media reported that a woman in central China’s Henan Province gave birth to a “bi-gender” child. Doctors discovered she had taken a hormone medicine called “gender-switching pills” when she was pregnant.

When the baby was born, its genitals didn’t look normal. Medical examination showed that the baby actually had the chromosomes of a female and an overdose of the medicine had created an androgenous child.

“Not all traditions are good,” he says. “But it does take time for a society to move forward.”