As the Lunar New Year holiday has passed, let’s look back at what happened during the past week.

After more than three months of construction, the first phase of the renovation project of Guyi Garden is almost done, and the north gate is now open to the public.

Red lanterns hung at the north gate celebrate the Lunar New Year. Visitors can wait in line there, show their health QR code and have their temperatures checked before entering the park.

The gateway, the Yiye Hall (逸野堂) and the Pavilion of Birds Soaring and Fish Leaping (鸢飞鱼跃轩) have received a facelift.

“After the renovation, it’s really much more beautiful than before, bringing a completely refreshing feeling,” said a visitor surnamed Zhang.

Liao Xiaoyi, a maintenance and repair engineer at Guyi Garden, said that after Yiye Hall was renovated, the components were reinforced, and a waterproof structure was added.

“It has been almost 40 years since the reconstruction, and there had been no renovation. The internal structure of the building was seriously damaged. The renovation took into account the original building form and technology. Using a waterproof structure and materials, building safety has been improved,” Liao said.

In addition, in order to preserve the original style of the building, experts used traditional production processes in line with historical records. The restoration of each column required more than 10 steps, according to Liao.

The eight clay sculptures on the roof of the Pavilion of Birds Soaring and Fish Leaping also had a facelift. The restoration team invited inheritors of Suzhou clay sculpture to repair the eight sculptures, including plum, orchid, bamboo, chrysanthemum, peony and lingzhi (ganoderma), in the traditional way.

The Guyi Garden project is in four phases and will last for two years.

Visitors need to book in advance, and there is a green channel for offline registration for elderly people. 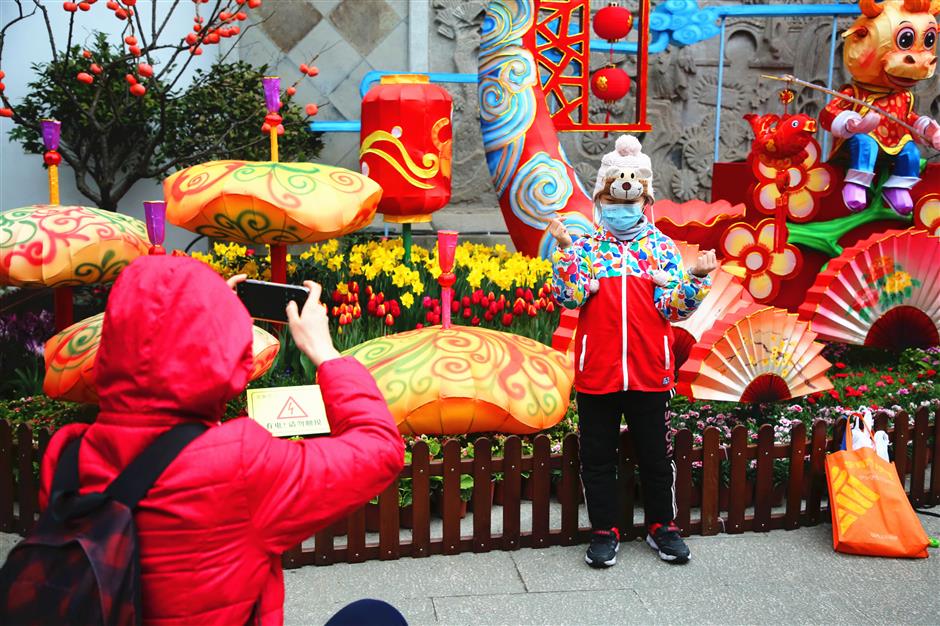 A parent takes a photo of her child at Guyi Garden which has finished the first phrase of the renovation project with Yiye Hall and the Pavilion of Birds Soaring and Fish Leaping reopening to the public.

Other work and activities

Many out-of-towners who stayed in Jiading spent their time with local residents. They played an active part in community activities and enhanced ties with locals during the festive Lunar New Year holiday.

More than 2,000 workers from Jiading’s river maintenance department worked throughout the holiday to take care of more than 2,000 watercourses in the district.

The Spring Festival is an ideal time for country tours and Yunong Manor in Maoqiao Village, Huating Town, allowed tourists to search for traditional rural memories and feel the beauty of the countryside.

Some teachers and students from out of town chose to stay in the Jiading campuses of universities and colleges to celebrate the Year of the Ox amid the country’s novel coronavirus prevention and control measures. 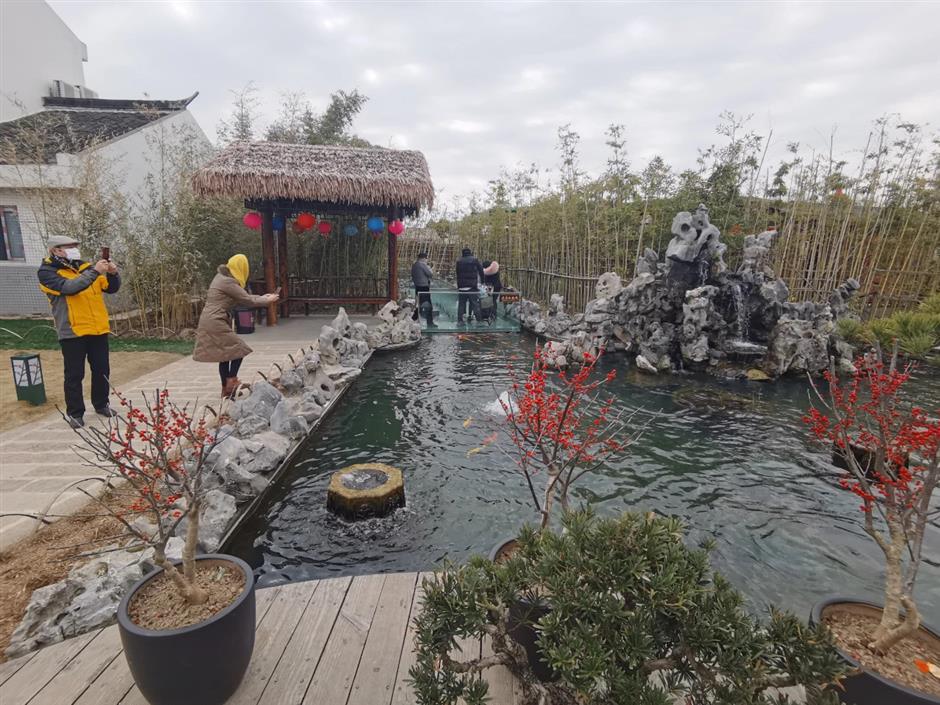 Residents take pictures of cute goldfish in the pond, while red holly are blooming at Yunong Manor in Huating Town. 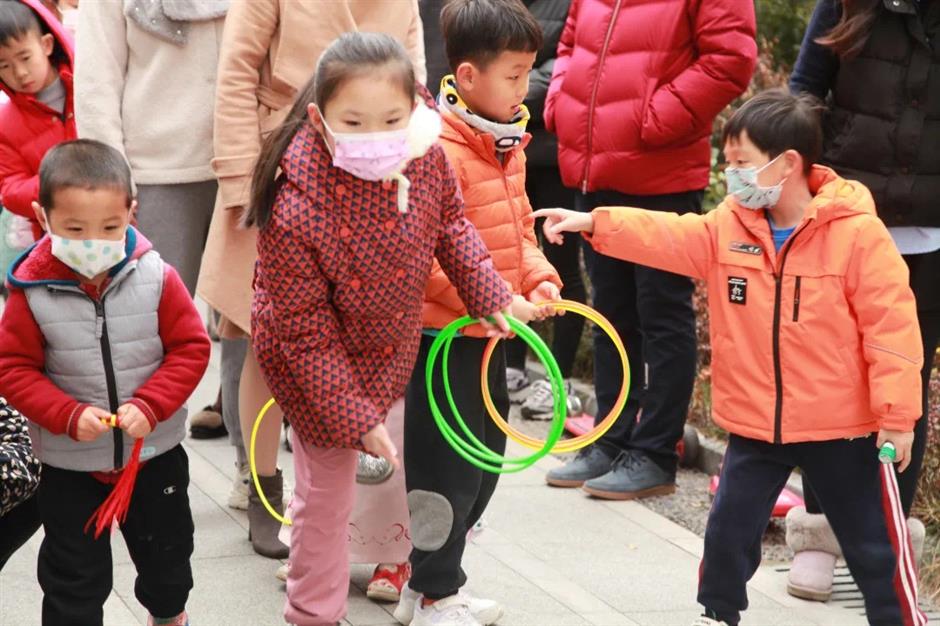 Children play rings, a traditional longtang or lanes game, at the Jiacheng Community. 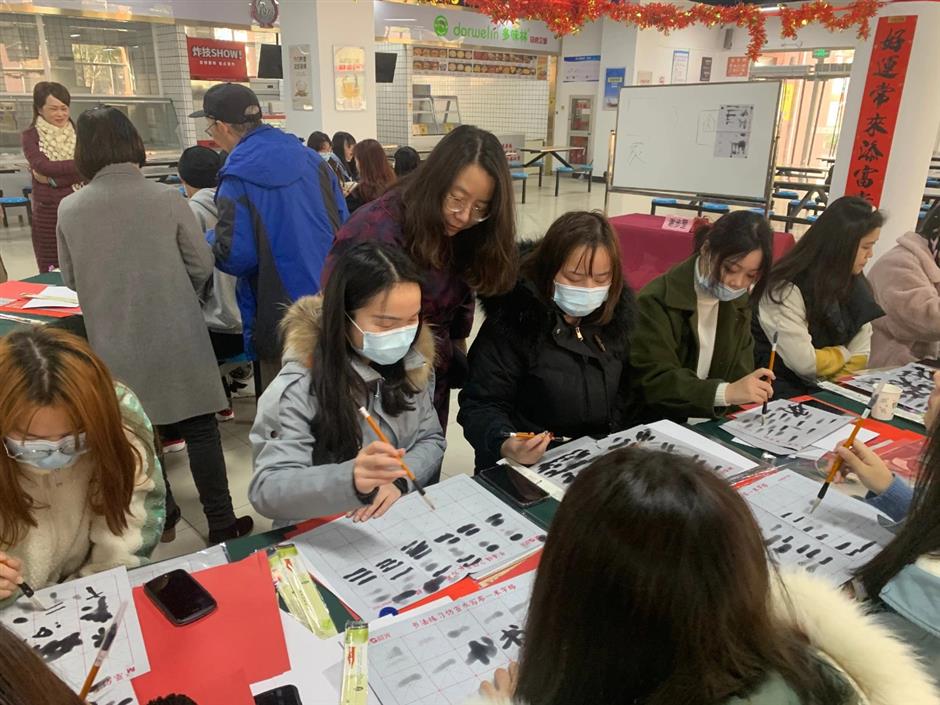 Students at Shanghai Vocational College of Science and Technology who stayed put in Jiading because of COVID-19 practice calligraphy together during the Spring Festival. 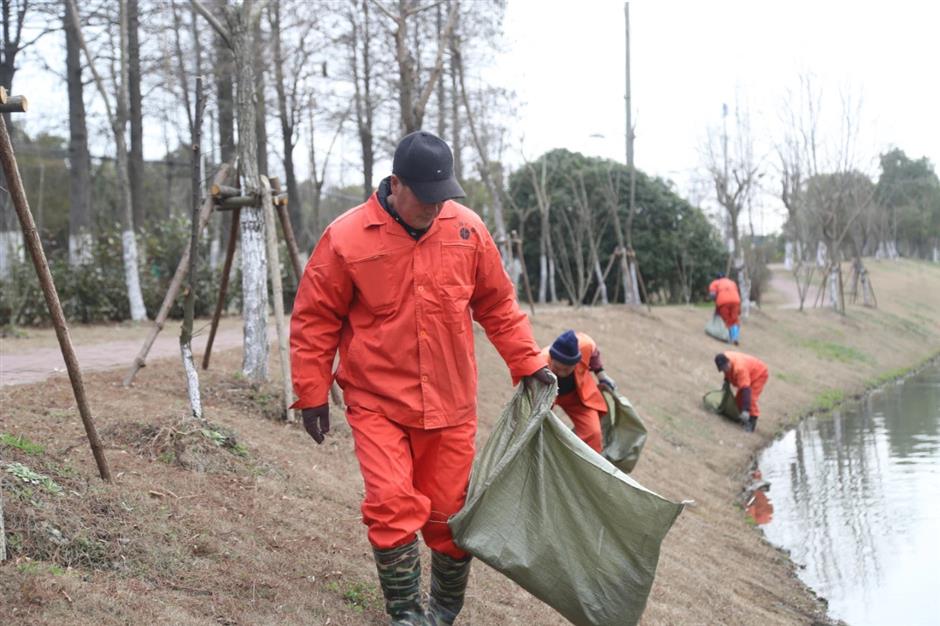 Zhang Wenlong and his team members keep the rivers in Jiading clean during the Lunar New Year holiday.

﻿
Special Reports
﻿
61763
,
Festival retrospect records the happy time
Minimalist modern HK abode absorbs hip NY loft feel
Visual storyteller creating luxury design experiences
A Singapore apartment worth waiting for
An unforgettable dining experience in Shanghai
Design with the health of the planet as a priority
Checking out the tailor-made stalls at South Bund Fabric Market
Generation Z Cupid shoots arrows through cyberspace
Fashion brands celebrate Chinese New Year with latest products
For some people, saying 'no' is hard to do. Why is that?
EXPLORE SHINE