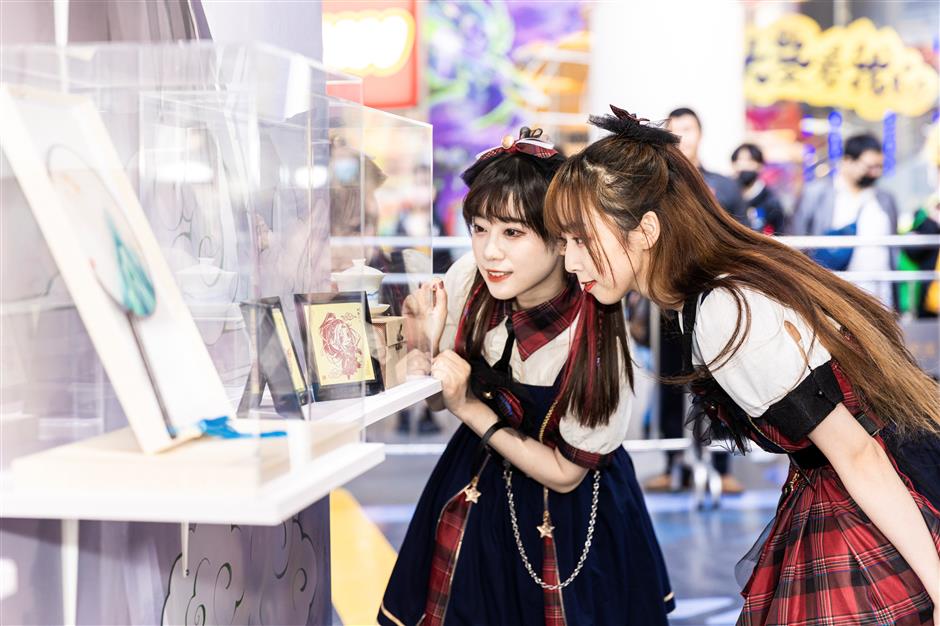 Girl group members look at some of the items on display at the Shanghai Shimao International Plaza.

A cartoon and game carnival was unveiled by Shanghai Shimao International Plaza and the organizing committee of China International Cartoon & Game Expo at the Nanjing Road Pedestrian Mall on April 6. It will run until April 27.

Featuring Chinese cartoons and games, there is an exhibition area displaying the latest figures, props and costumes of popular works such as “The King’s Avatar,” depicted in fictional eSports scenes, and “The Founder of Diabolism,” which is a humorous horror-mystery story set in the world of xianxia (stories inspired by Chinese mythology), some of the most popular cartoons in China.

A limited edition 1/4 scale Medusa figure in Chinese xuanhuan (literally “Mysterious Fantasy,” remixing Chinese mythology with foreign elements) cartoon “Battle Through the Heaven,” and a famous prop “Haotian Hammer” in “Soul Land” are being shown in public for the first time.

The carnival has a cosplay-stage for fans. Cosplay shows by animation communities, dance and band performance of anime songs, as well as a Chinese traditional hanfu show will be staged during the carnival.

Meanwhile, outstanding work from Shimao’s first cartoon and game figure design competition will be displayed at the plaza’s atrium. More than 100 works were received, and over 40 of them will be on show. A pop-up store was unveiled for limited editions of game-related products and figures of CCG’s virtual idol Rin. 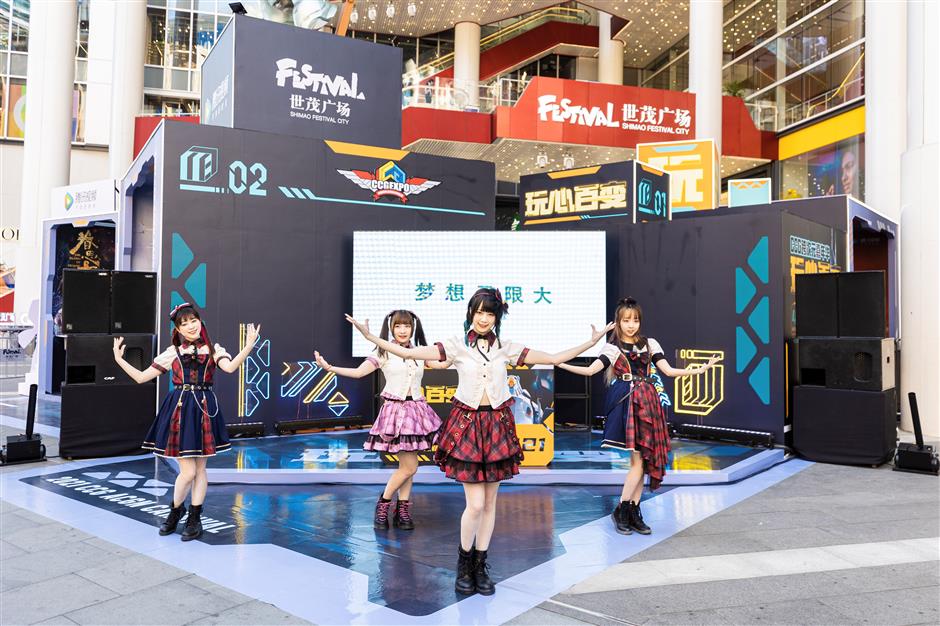 A girl group performs on the CCG carnival stage.

A series of Chinese traditional paper-cuts featuring cartoons and games on display at the CCG carnival.