Every spring, wisteria becomes an “Internet celebrity” on everyone’s social media in the city. This week, it is in full bloom at Wisteria Park in Jiading District, and the blossoms are expected to last through late April. 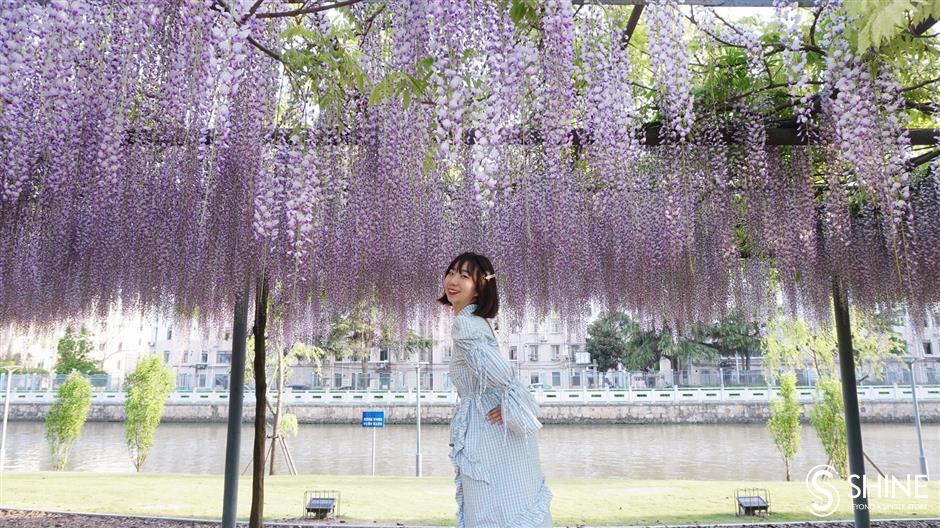 Fiona Li under the wisteria corridor

The park is a mark of the friendship between China and Japan after Fujimoto Michio, its founder, brought 30 different varieties of wisteria from his hometown of Wake in Japan’s Okayama Prefecture to Jiading. It shows garden scenery combining Chinese and Japanese styles.

There are several other places where people can view wisteria this spring, including the 100-year-old wisteria near Fahua Pagoda on Zhouqiao Old Street, the 535-meter-long Ziyun Corridor around Huancheng River near Pantuozi Park and the South Water Gate Park.

Wisteria Park is the most popular springtime attraction for photos. Admission is free on Shanghai Jiading app. Reservations are limited in number. New quotas for next week’s reservation is released each Sunday. 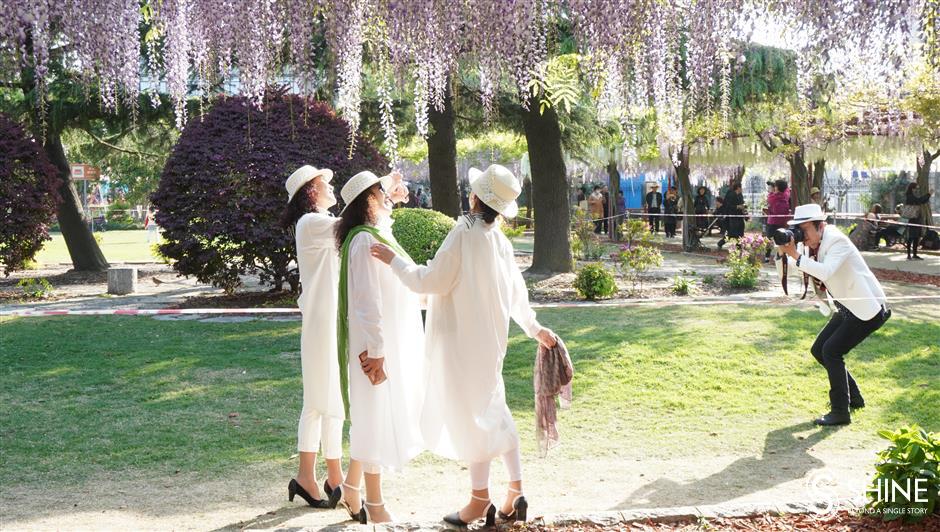 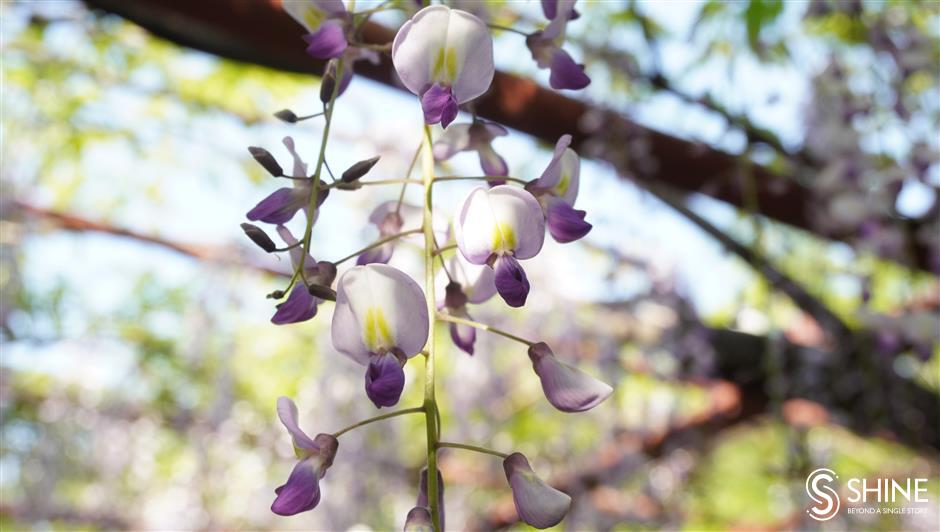 A close-up shot of the wisteria blossom