Blending Hami Uygur embroidery with global trends was a feature of this year’s Shanghai Fashion Week earlier this month.

This year’s theme was "bloom the spring,” and it was a season for Chinese designers, with local brands accounting for more than 50 percent of the weeklong runway shows, nearly 20 percent of them related to intangible cultural heritage.

Qin Xu, designer of Shanghai brand Moodbox, was aiming to put China’s distinctive ethnic embroidery into global designs. This season, she worked with the Uygur embroiders of Hami in Xinjiang, weaving their ethnic colors with contemporary styles. 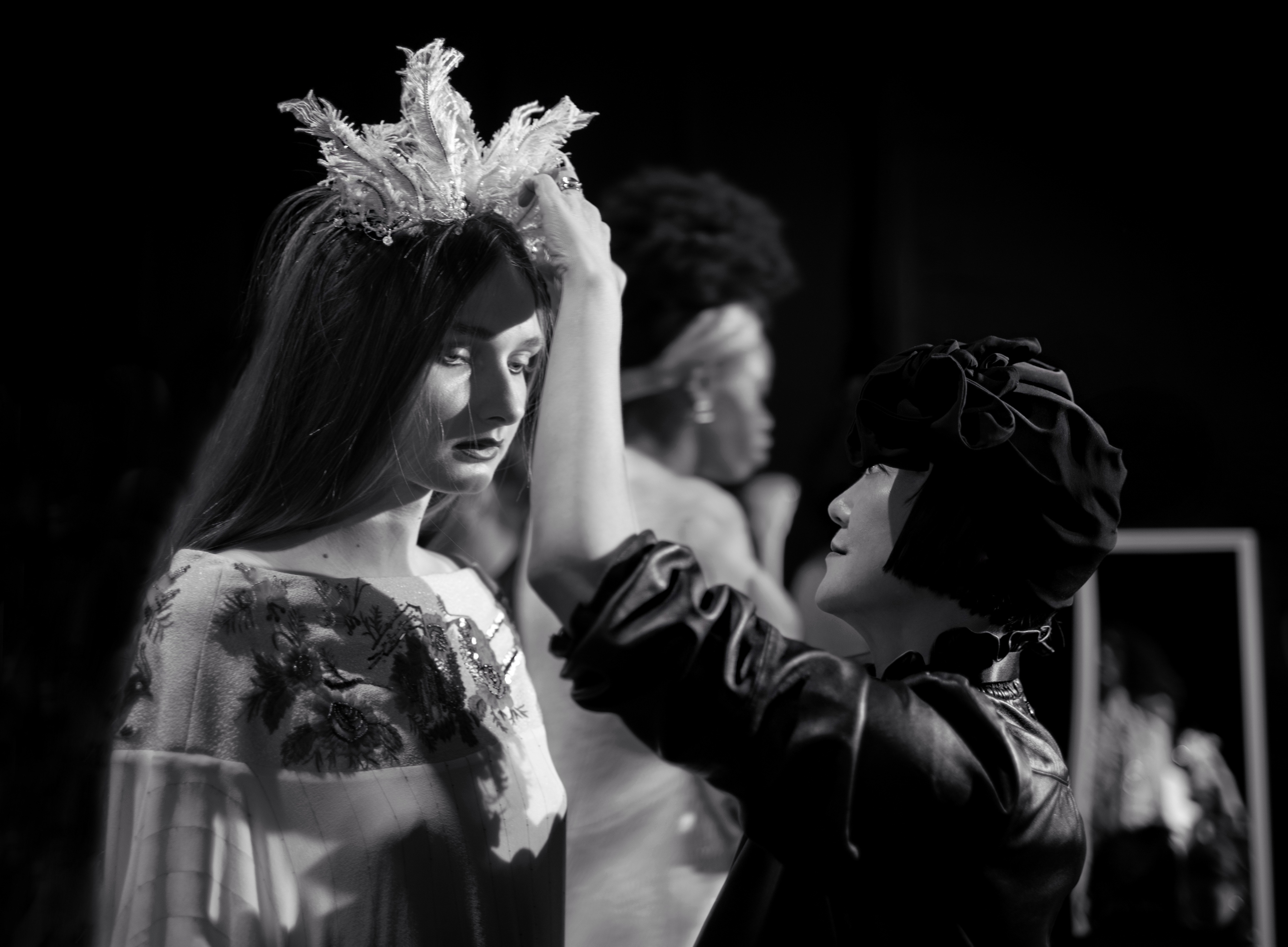 She started her “Fingertip Craftsman” charity project in 2013, inviting inheritors of ethnic embroidery to recreate the heritage in today’s fashion, and brought the cross-over designs with distinctive ethnic embroidery to the “Big Four” fashion weeks — Paris, Milan, London and New York.

Uygur embroider Rena Guli was one of them.

The theme of the new collection is “Toi Et Moi,” French for you and me, which was inspired by Qin’s unforgettable journey.

Hami was an important post on the ancient Silk Road and the city absorbed cultures from East and West, creating a cultural patchwork that influenced the patterns and colors used by Hami embroiderers.

Rena has worked with Qin since 2016. Rena came to Qin’s studio every year to work on blending ancestral embroidery with modern trends. One of their creations features on the runway at Paris Fashion Week in 2016.

Check out how they prepared to put their distinctive designs on the runway in 12 hours in the accompanying video.