City lures the young into the tea production 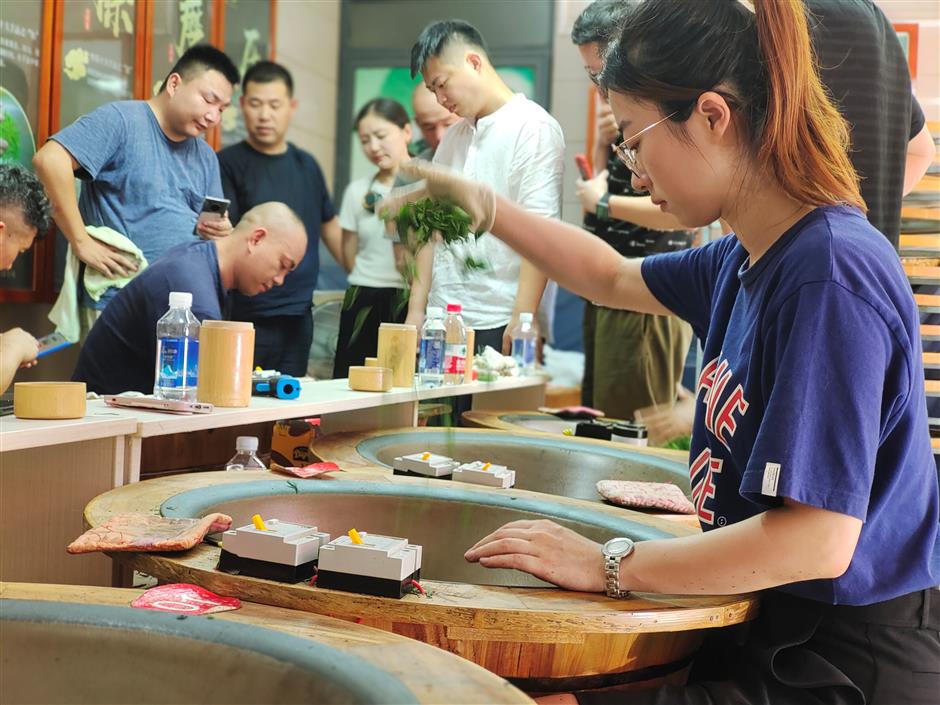 Under the guidance of mentors, young people fry Longjing tea leaves by hand, which is considered the core of processing.

As a traditional industry in Hangzhou, the plantation and processing work needed for production of Longjing tea lacks the participation of young people. For example, frying tea leaves often requires years of practice. Middle-aged and elderly people have dominated the tea-frying competitions for many years, with few young people taking part.

Now, some craftspeople are confronting the shortage of young apprentices, and they are all eager to pass down their skills to younger generations.

In efforts to protect this national intangible culture heritage and boost the city's tea industry, Hangzhou organized a 15-day tea-frying training project through July 16. Top 10 technicians in Zhejiang Province have been invited to introduce the frying techniques to young people.

The local government last year established five tea-frying centers and recruited top technicians to train 12 young people, which is a rewarding strategy as one of the trainees won first prize in the citywide tea-frying competition.

This year, about 120 people have signed up for the training project.

The harvested Longjing tea leaves go through 10 hours of processing, including ventilating, drying, screening and frying, before being packaged in tins. 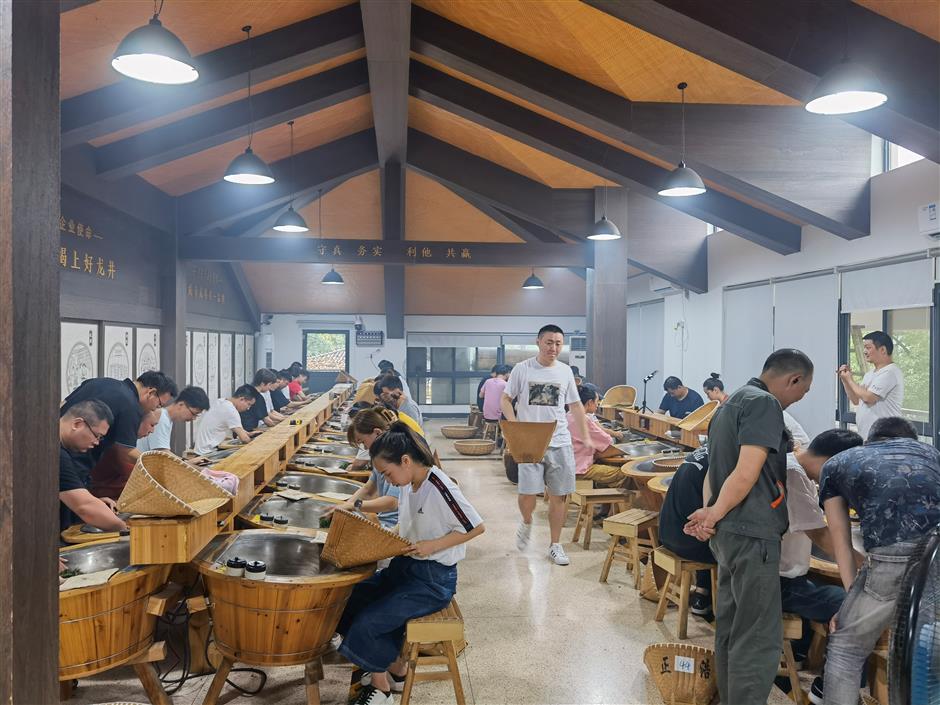 After decades of practice, veteran farmers have devised an entire smooth and effective processing system. Frying tea leaves by hand is considered the core of processing, since hand-fried leaves are more aromatic than the machine-fried counterpart.

Today, local plantations have established 25 production centers, recruiting more than 1,100 professional technicians to fire the tea leaves. Only skilled people can do the work, as novices are vulnerable to being scalded.

Last year, more than 490 tons of Longjing tea were produced in Hangzhou. However, travel restrictions and novel coronavirus confinement policies hindered many local tea plantations from recruiting labor, which increased production costs. The prices continued to rise this year, as the crop suffered from bad weather.

This year, the top-notch mingqian Longjing, the first crop of Longjing tea that is picked before the Qingming Festival, is priced about 15,000 yuan (US$2,317) per kilogram. Tea picking started in late March. Mingqian Longjing is considered the very highest quality.

Special Reports
﻿
61761
,
City lures the young into the tea production
Time for a last bite of Tilanqiao's treasured snacks and flavors
Local residents pay tribute to CPC's legacy
Pet fair will offer dog training and animal adoption classes this weekend
Tasting salon aims to bring vitality to tea
Surf's up at BFC for lovers of summer fun
Feast your eyes and fill your plate at Shanghai's robot-assisted food festival
Speaking the language of design
New life chapter in charming old home
Journey into the past at Juqi Antique Market
EXPLORE SHINE