Library among the paddy fields brings books to the countryside

With its lush paddy fields stretching against a backdrop of Chinese traditional countryside houses, Linjia is one of the villages near the famous Zhujiajiao Ancient Town in Shanghai's Qingpu District. 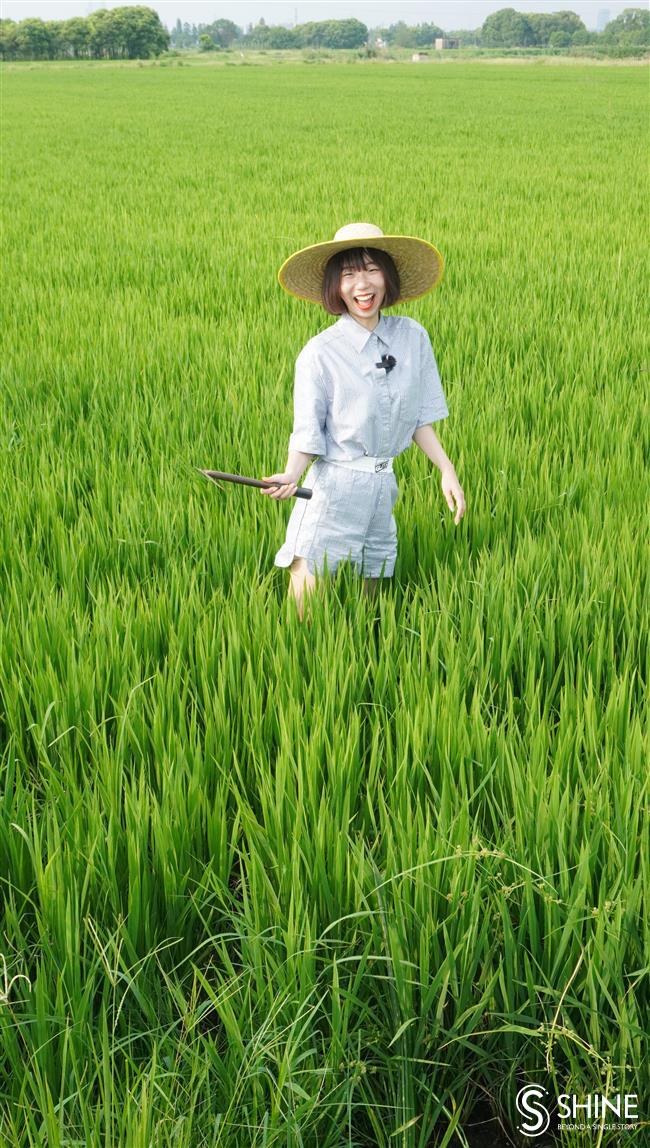 It hosts "Shanghai's most beautiful countryside library," and also studios of local artists.

Although Linjia is not as famous as some surrounding villages, it is the perfect place to escape the rush of city Shanghai and enjoy picturesque scenery while immersing oneself into the country life of local artists.

And apparently for art too. 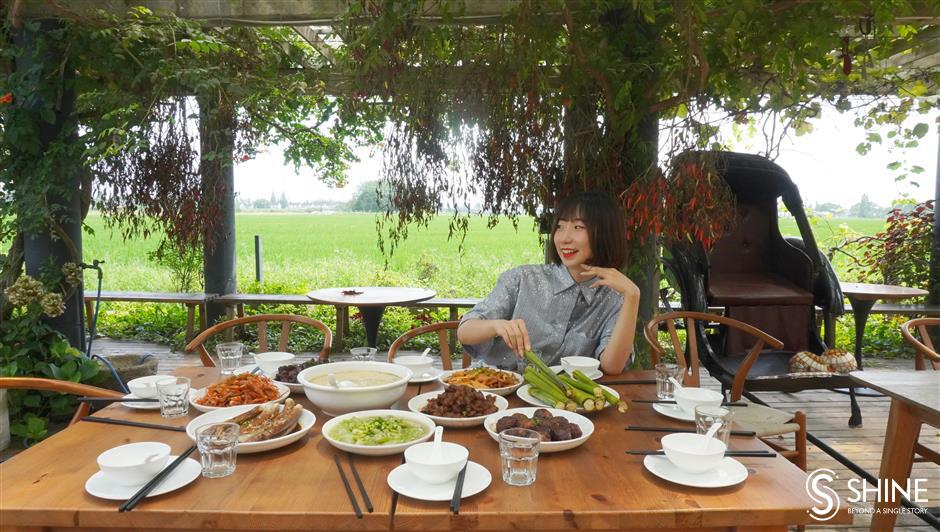 Fiona Li tastes the local dishes. Some vegetables were freshly picked from a garden.

The idea of turning the village into a tourist destination by adding artistic charm came from the opening of a countryside library "Bohexiang."

Bohexiang means "the scent of mint."

The name was chosen by the founder Chen Junfang and her husband Zhang Ruijie, an expert in traditional Chinese medicine.

Chen opened the countryside library at her family home in Linjia Village in 2016 after she closed her bookstore in downtown area of Qingpu.

At that time, she did not expect it would become so popular and the chain effect it would bring to the village.

At first, the library only served as a public reading space for villagers.

But the beautiful scenery suddenly made this countryside library get attractions on the social media.

Since 2018, the library has been chosen as a branch of the Shanghai Book Fair every year.

During the Shanghai Book Fair, it held a number of activities, attracting hundreds of visitors: for events such as a lecture on the protection of ancient watertowns in southern China in 2019, a painting and calligraphy exhibition and a reading and communication activity in 2020.

The paddy field is also a natural tourist attraction and playground.

In cooperation with the consulate general of France in Shanghai, Linjia Village has held a "Paddy Field Music Festival" since 2019, drawing hundreds of visitors.

The music over the paddy field is the prelude of autumn every year.

Now, Bohexiang is one of the most appealing rural libraries, with a total of more than 10,000 books and gorgeous paintings and calligraphies.

Most of the paintings were made by Chen's mother, a local farmer who created these marvelous art pieces even without professional training

In the library, there is a wide collection of books about Chinese culture, history and medicine and even an English book section for language learners and foreigners.

For visitors, there are different events, such as a reading club and calligraphy classes. Zhang is planning a TCM workshop.

He wants to work with hospitals and develop his own herb plantation, where he can popularize the knowledge and culture of TCM through lectures and interactive experiences. 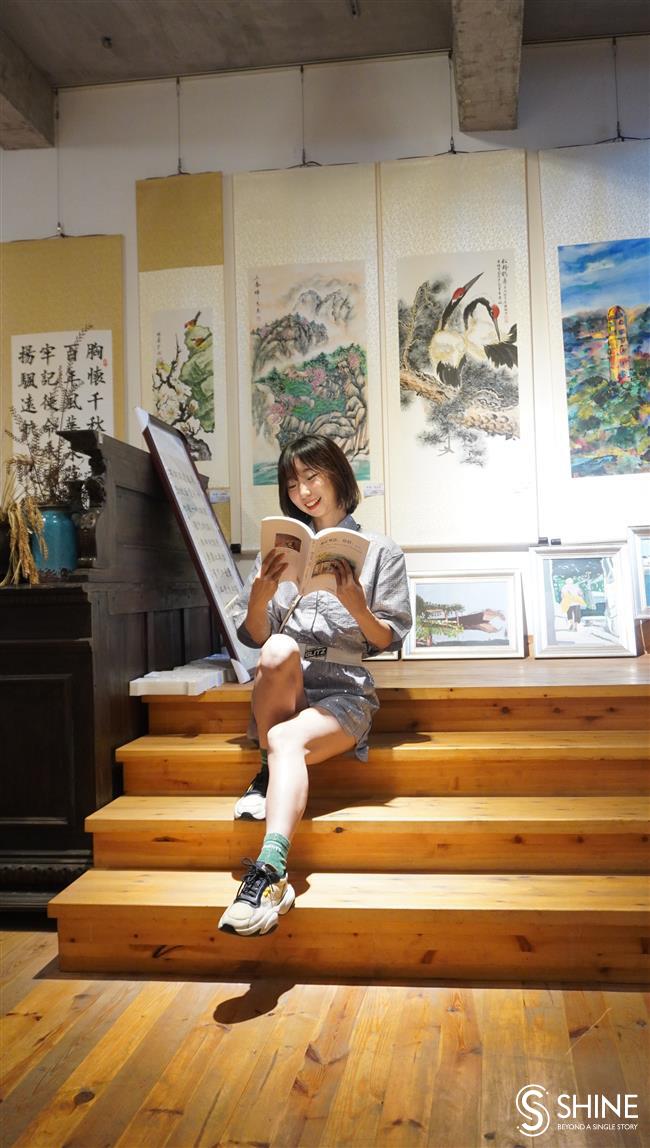 Fiona Li reads a book at the "Bohexiang" countryside library. 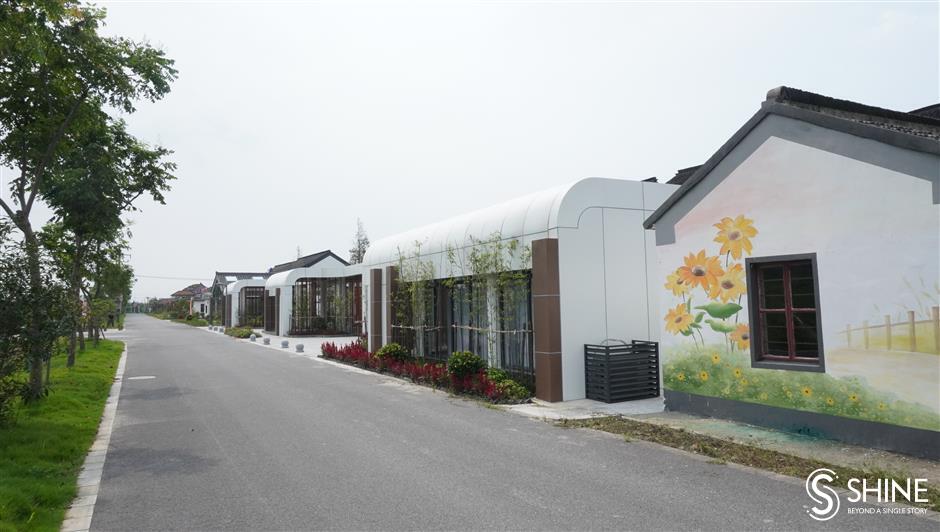 The countryside library and studios of artists

After a visit of the library, some of Chen's artist friends decided to move their studios to Linjia.

These included Yang Dongbai, a famous sculptor, who won the gold award of the Sixth National Art Exhibition in 1984, the first gold award won by a Shanghai artist – and still the only one.

He is now a professor at the Shanghai Institute of Visual Arts.

He moved his home and some of his works to the village in 2017.

For more than six months every year, he works, lives and enjoys his life here.

"The quiet rural life is suitable for making art, and I am always inspired by the natural scenery," Yang said.

In Yang's neighborhood, you can also meet other artists in different fields, such as "crosstalk" performer Zhao Songtao, the leader of Shanghai Tianyunshe, a well-known crosstalk club in Shanghai.

There is also Zhu Zhechi, an artist in oil painting, Chinese ink painting and sculpture and whose works are on display in France. 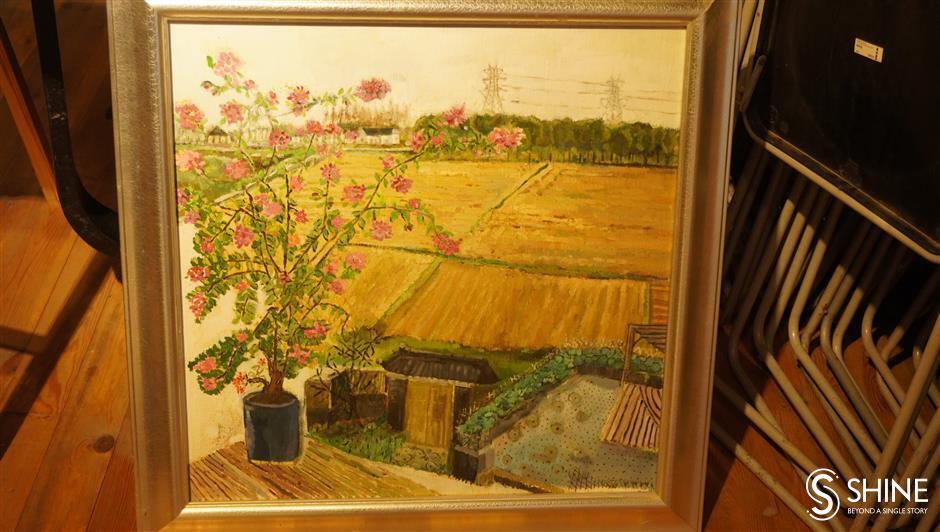 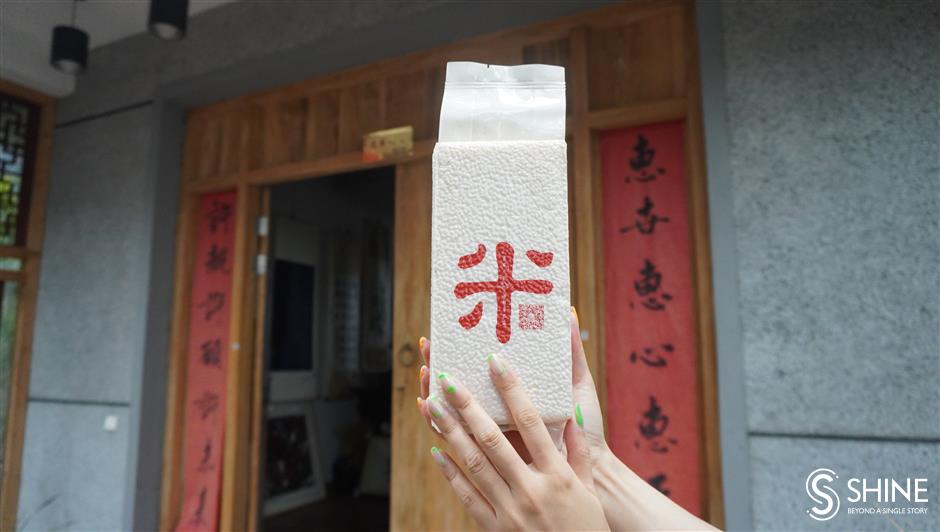 Rice in Linjia Village is honored as "Green Food" by the national authorities.

Operated by Bohexiang, Linjia Village's paddy fields and vegetable garden are attractive for shutterbugs and foodies.

The crops are planted in the traditional way – single-season rice through manual weeding and free of additives. The rice is therefore honored as "Green Food" by the national authorities.

It is chewy, with a special sweet vanilla taste. If you are going to visit the library, don't forget to make a reservation in Chen's nongjiale, or agritainment, where you can taste the seasonal vegetable and rice collected by yourself from a farm there.

Picking vegetables or fruits in the village is fun, the rice and vegetables are also available at Brightdairy's online store. You can buy cucumbers, tomatoes or rice produced in Linjia Village with a click of the mouse. 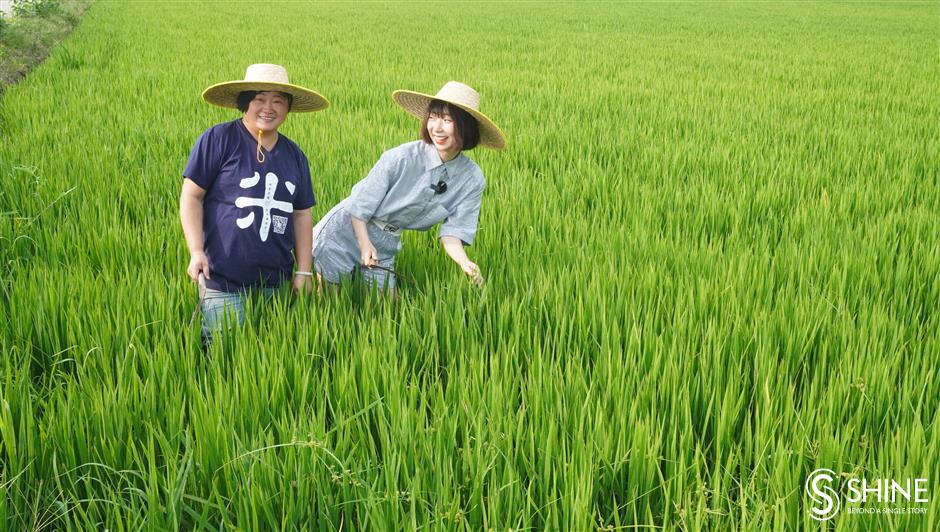 Fiona Li does farm work with Chen Junfang, founder of the Bohexiang Library. 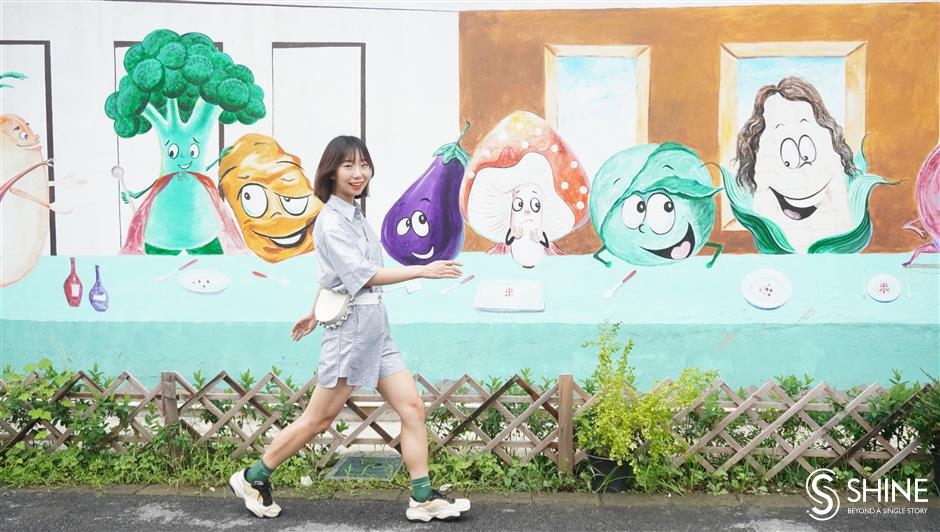