Peace of mind plus modern amenities may be perfect balance 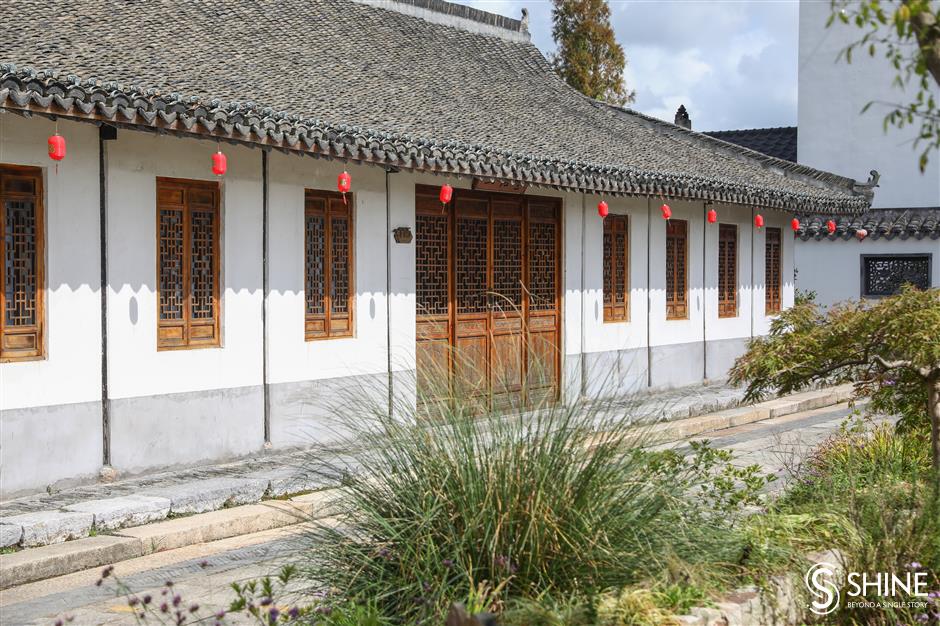 The appearance of Wufang Village has taken on a new look. The cottages with black-tile roofs and whitewashed exteriors remain, but have become cleaner.

Elderly people chit-chatting in quaint villages, whose white-walled homes with black-tile roofs sit amid a landscape of rice fields, grazing cows and wandering dogs in the distance.

Such is a common seen in China's rural areas. But change is under way. Young talent, normally attracted by amenities offered by big cities, is choosing to settle in the countryside, thanks to a rural revitalization program sweeping through the nation.

In Shanghai, a village called Wufang in Fengxian District has welcomed back more than 70 young people born after 1990, including many members of Generation Z. Covering nearly 2 square kilometers, the village, 40 kilometers from downtown Shanghai, was developed under the order of Qing Dynasty's Emperor Daoguang to reward a local Wu family for their filial piety.

The village is also known as the production base for Shanghai's famed yellow peaches.

Wufang is the first village from a batch of nine "demonstration villages" to be revitalized in Shanghai. With the onslaught of young talent, attracted by beautiful landscape, slow living and more importantly modernization, including renovated houses, various recreational facilities and establishment of a business incubator, what were so-called "hollow villages" have been transformed into a mecca for young adults seeking career opportunities and a tranquil existence, away from big cities.

Hollow villages were the result of a massive outflow of labor to city industries. Like many other such villages, Wufang was once full of abandoned houses, smelly creeks and muddy footpaths. But the appearance of these villages has taken on a new look. 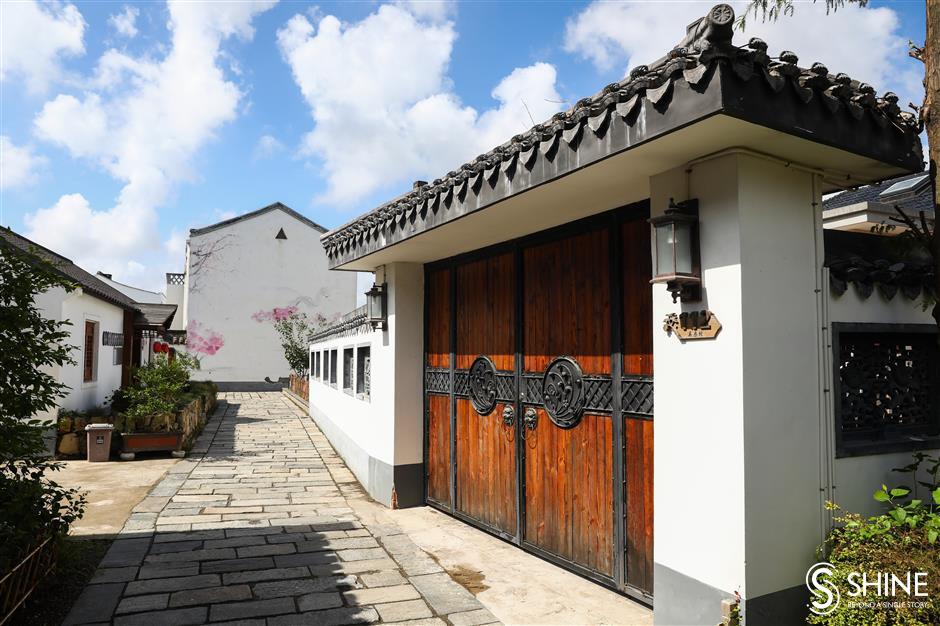 Many villagers have converted their vacant houses into guesthouses or offices for startups. The muddy byways have been replaced with paved roads.

Wagging its tail, a white dog darted out to greet me as I entered the village. The muddy byways have been replaced with paved roads. The cottages with black-tile roofs and whitewashed exteriors remain, but have become cleaner. Graced with restored bridges lined with luxuriant plants and gorgeous flowers, the creeks are no longer stinky.

Not long ago, there was nearly no recreational activity to speak of in "hollow villages," whereas common activities these days include fishing, peach picking, barbecues, live action role-playing games, even helicopter rides, not to mention dining and happy hour at a bar.

For years, the majority of young people had left "hollow villages" for a more promising future in downtown Shanghai or other big cities. The revitalization program, however, has encouraged young adults to work in countryside, whose modernization offers an appealing option.

Many young people, including recent university graduates, feel that a return to their hometowns is appealing for practical and spiritual reasons. Dong Haonan, born in 1997 in Kunming, Yunnan Province, has worked on Wufang's revitalization for around three years. A graduate from the department of physics at Shandong Normal University, Dong is in charge of the village development at Shanghai Settle Technology Group Co.

He said the revitalization program for Wufang started in August 2018, and was put into operation in June 2019.

"The program always puts indigenous villagers first – the principle of the program," said Dong. "We don't intend to weaken the existence of the village itself." 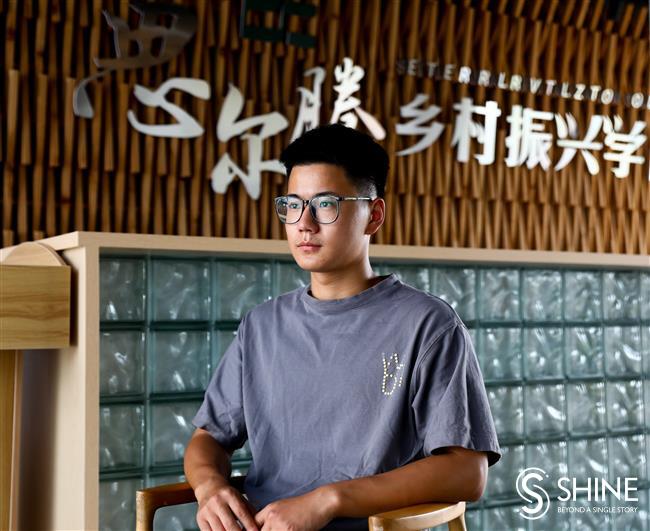 Many villagers rent out their vacant houses, which have been converted into guesthouses or offices for startups, as a way to earn money. The revitalization program offers local middle-aged people job opportunities, such as security guards and cleaners.

"Working on the village revitalization allows me to have a feeling of novelty and a sense of achievement," said Dong. "The average age of staff at our company is 27."

Dong recalled that at the beginning, elderly villagers turned their back on young people, but the relationship has improved over the years. Seeing young people as their neighbors, indigenous villagers feel invigorated and often send fruit to them and even introduce girlfriends and boyfriends.

"To enhance our relationship, we organize a party on the 10th day of every month for old and new villagers who have their birthdays that month," said Dong.

"Look, ants are transporting a scrap of pomelo," Zeng Dafu said while squatting to observe the insects at his music studio.

Zeng's peers huddled to discuss the ants. This group of young men, as inquisitive and giddy as kids, set up a music studio called Escape the City in Wufang in August 2020.

Born in 1998, Zeng is the director of the music studio. A graduate of the School of Geodesy and Geomatics of Wuhan University, Zeng was introduced by his upperclassmen to Wufang; he took advantage of an internship opportunity as part of the revitalization effort.

During his internship, the music lover composed a theme song for the project and held a music festival in the village. The experience inspired him to establish a music studio.

He invited his childhood friend, Xiaomi, born in 1997, to join the studio. Both of them came from the Xinjiang Uygur Autonomous Region and learnt playing the piano when they were young. Xiaomi is a graduate of the Communication University of China and serves as music director at the studio.

Other members include music producer Zhang Yizhe, born in 1996. He majored in mechanical design and manufacturing for a bachelor's degree and later studied at Birmingham Conservatoire to pursue his music dream.

"For artists, villages are a good place since they are peaceful, away from the hustle and bustle of cities," he said. 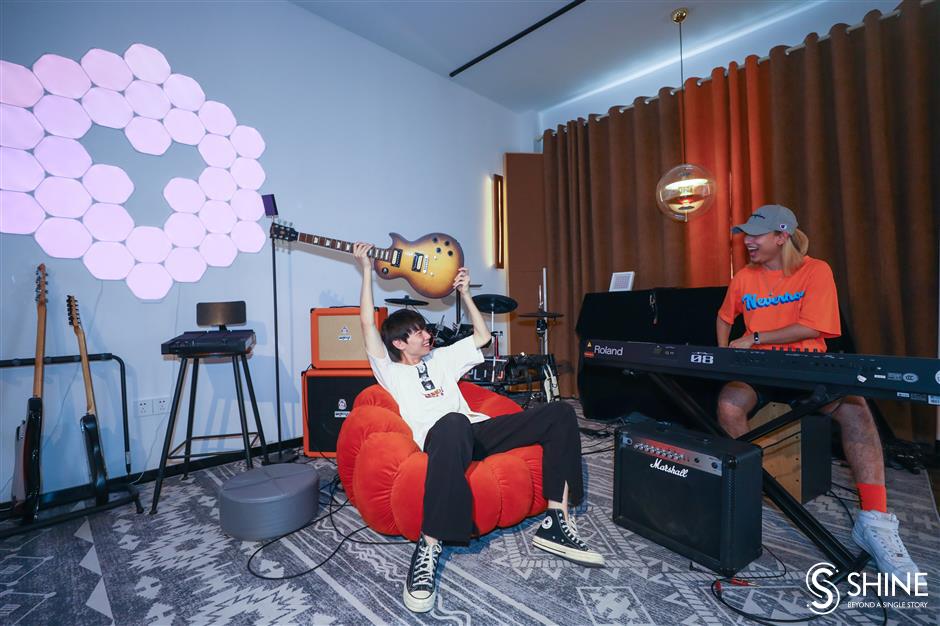 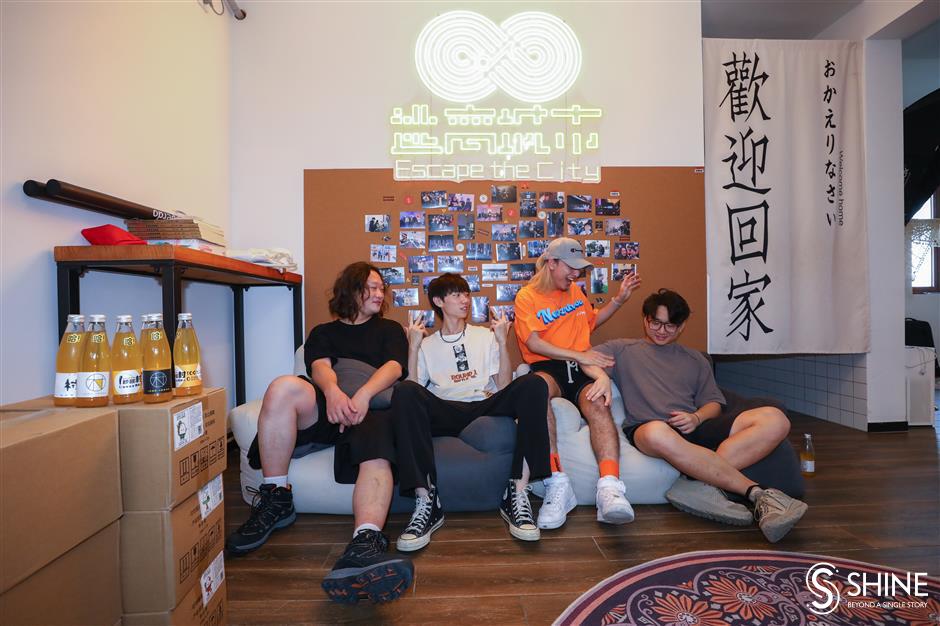 Members of the Escape the City studio

Life in the countryside provides the musicians with inspiration. For example, they record the sounds of wind blowing through trees and water drops, used as the backdrop for original songs.

"We want to restore the beauty of authentic sound," said Zhang. "It is hard to find inspiration in the big city."

During our interview, a 69-year-old woman surnamed Cao was cleaning the music studio.

"My husband died and my child works in the city so I feel lonely at home," she said. "The group of musicians makes my life colorful. I am happy here."

Zhang said: "We meet a lot of people every day in the city but few of them are connected heart to heart. The interpersonal relationships in the countryside are much more simple."

Wu Hao, 25, is a native of Wufang Village. He had served in the army since 2016. When he returned to his hometown two years later, he was astonished by its tremendous transformation.

"There were only muddy paths and gravel roads in the village previously," said Wu. "My shoes were always muddied while walking in the village."

With the intention of making further contributions to his hometown, Wu decided to stay and work in the village. To bolster tourism, he opened a teahouse named after a homeless dog – Dongdong.

"I met Dongdong before joining the army," said Wu. "He was a very enthusiastic dog and brought us great happiness. Sadly, Dongdong died last year when he mistakenly ate poison. I named my milk-tea house after him."

Wu said many tourists are afraid of village dogs, which tend to follow people as they walk along the road. The dogs, said Wu, mean no harm but just want to play or beg for food. 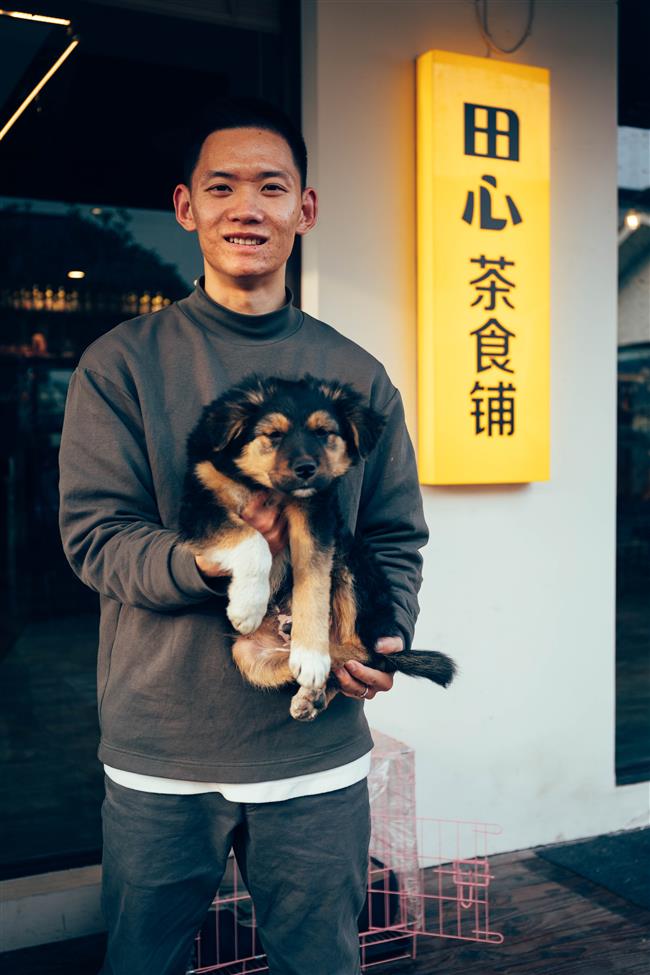 Wu Hao, 25, is satisfied with life in his hometown.

His teahouse has been upgraded into a commercial hub, combining cafe, restaurant and bar. During the summer peach season, the cafe offers a seasonal drink – yellow peach coffee.

"As a native, I have many advantages," said Wu. "I know all the villagers. They offer me quality peaches at a good price."

Since Wu is able to speak the local dialect, he serves as a bridge for communication between new and old villagers. According to him, some elderly people can't speak mandarin while nearly none of young newcomers understand the local dialect.

Wu is satisfied with life in the village, which is free-spirited and fulfilling. His experience, which he has shared with other young people, has inspired peers to return to their ancestral home.

"I don't like working in a dull office," said Wu.

"As more young people return, the village is becoming increasingly vibrant. It's truly a great place to spend one's days."