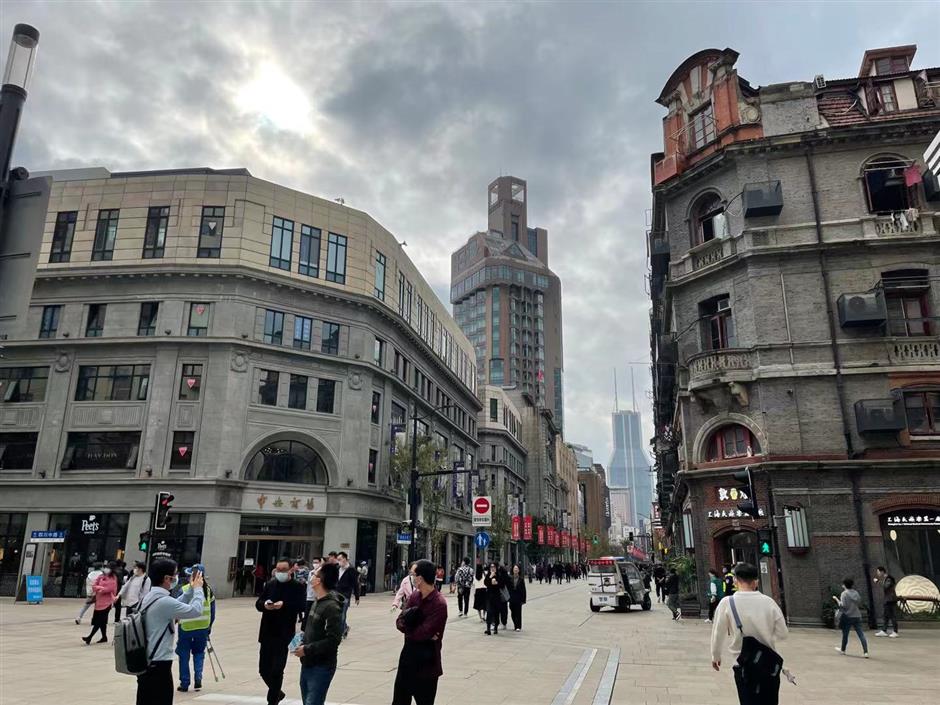 The Central reopened in 2017 after a major renovation.

Located at the intersection of Nanjing Road E. and Sichuan Road M. is a commercial complex called The Central, which is partly renovated from the historical building Zhongyang Shangchang, or the Central Department Store.

The history of Zhongyang Shangchang can be traced back to 1945 when World War II ended. American soldiers exchanged their extra supplies for money around the area since it was near the port on the Bund, including milk powder, cigarettes, canned meat, telescopes, watches, leather jackets and lighters. As such, the city's largest secondhand market began to take shape.

After 1949, Zhongyang Shangchang mainly sold rejects and disposed goods. Although the products had minor flaws, they were sold at very low prices, which attracted many people.

Almost any day, long queues could be seen in different sections of the department store.

The merchandise mainly consisted of hardware items, electric appliances and knickknacks. Among the goods, bicycle parts were the most popular. 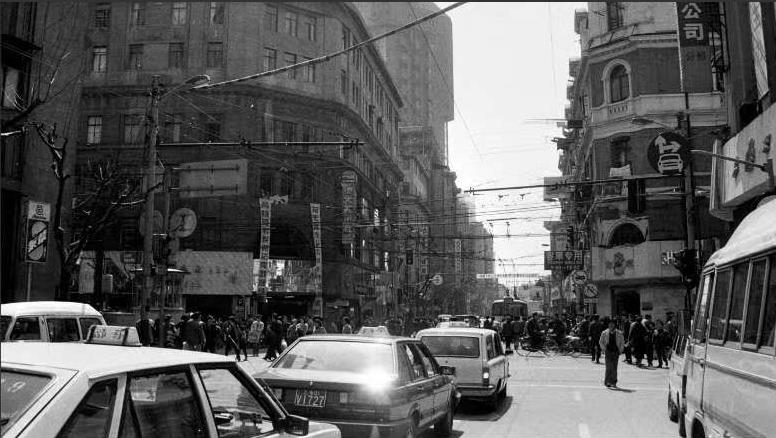 The crossing in front of the Central Department Store in 1991

The photographer Wu Liqiang recalled that a bicycle, which cost around 150 yuan (US$23.40), was a luxury item prior to 1990. In the old era of China's planned economy, purchasing a bicycle required a ration coupon, which was difficult to get.

Many young men made bicycles by themselves, hunting for bicycle parts in Zhongyang Shangchang every weekend. Tubes for the frame were the core part. According to Wu, only 20 tubes were available every month.

However, the time they were sold was unpredictable, so it was necessary to build relationships with retail clerks who would secretly inform them ahead of time.

The bicycle parts had some flaws, such as flaking paint, but they were absolutely workable. Customers were able to build up a bicycle for only 70 yuan.

Another popular product was "naked batteries." As its nickname implies, the batteries were unbranded, but they cost about half as much as ordinary ones.

Batteries were used in many common small and large appliances in the 20th century. People often stored them in their homes, and they could only be purchased in piles of 150. Usually, several households living in the same neighborhood shared the batteries.

Zhongyang Shangchang was also a popular place to get things repaired. Booths there seemed to offer repairs for almost everything, ranging from electric appliances to watches, glasses, shoes and umbrellas. There was a saying that if something couldn't be fixed in the Central store, it had to be thrown away.

In addition to merchandise, Zhongyang Shangchang also featured a household Western restaurant named Deda. Dating back to 1897, Deda is one of the oldest of its kind in Shanghai.

For the older generation of locals, the restaurant was a nostalgic venue where they might have had their first date and first taste of Western food. Its signature dish – deep-fried pork chops – was a delicious treat back then.

Deda Western restaurant has two branches today. One is located on Nanjing Road W. and the other on Yunnan Road S.

Tired after shopping in the department store? It was easy to find refreshments nearby.