Sleepless in Shanghai: A listener to the lovelorn and the lonely

Soft and gentle with a relaxed rhythm, Mengxiao's mezzosoprano tones wafting over the city's airwaves in the wee small hours for the past 30 years have healed broken hearts, soothed lonely souls, guided many through long, lonely nights, and pulled others back from the brink.

The all-night radio host, 53, has dominated Shanghai's after-midnight hours with her program "Stay with Us till Dawn" during the golden age of radio, an era well before the Internet, blogs, TikTok, and livestreaming, a time when people at home or behind the wheel slowed down to remember or reflect.

"I'm too familiar with 4am Shanghai, the late nights and early mornings in the city that never sleeps," she said with a smile. 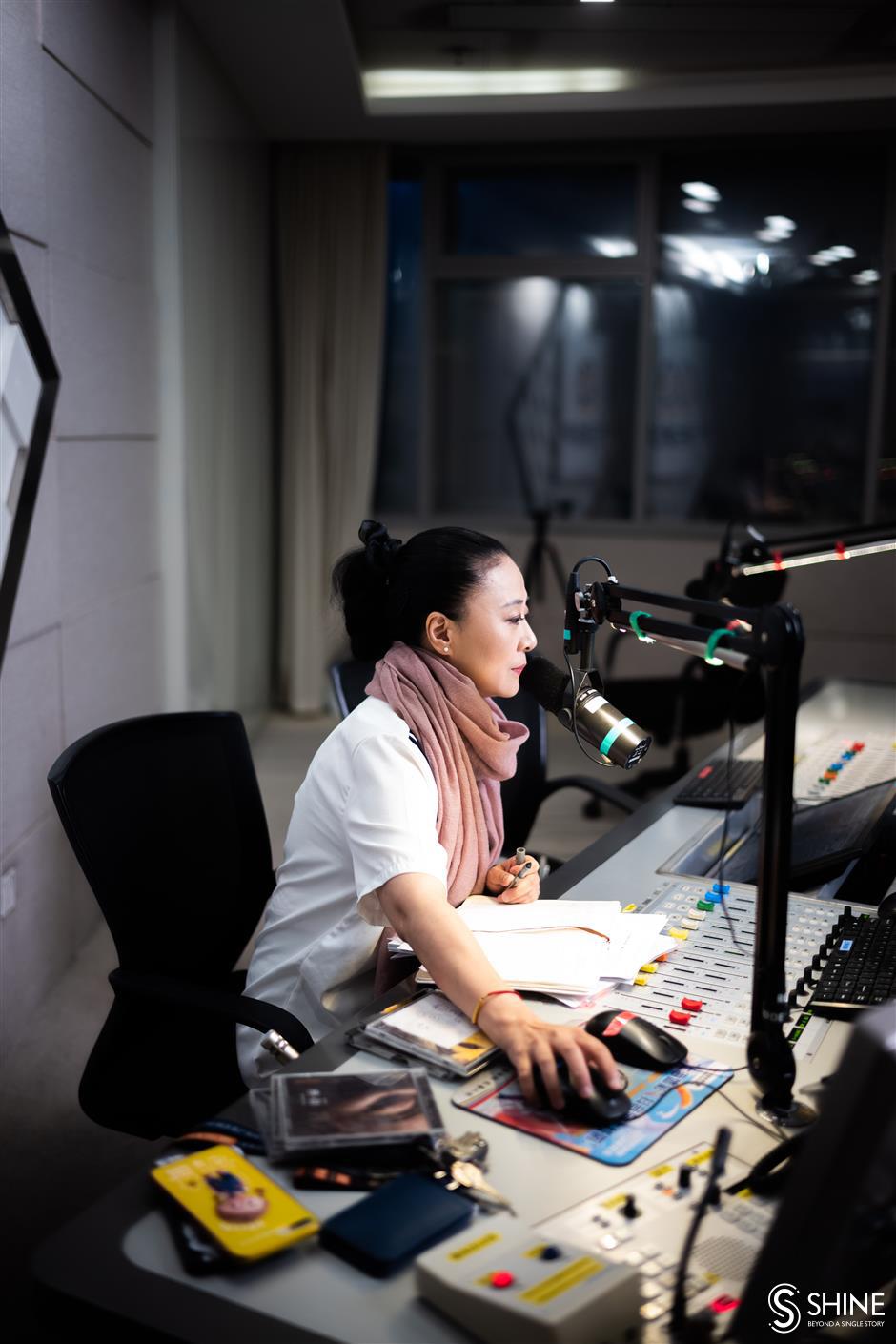 Mengxiao, the all-night radio host of "Stay with Us till Dawn"

Each nightly show opens with her distinctive signature tune, the New Age music of "Daydream" by the artist Sangit Om, followed by the hostess warm opening:"Hello my friend, I'm Mengxiao. So happy to have you here on a night like this."

And then she reads romantic poems, shares sentimental hand-written letters (today's instant text messages) and plays classical, New Age and old pop songs from the 1990s and 2000s, while patiently waiting for the call-ins.

There are all kinds of phone calls from late-night listeners who tell their stories, whisper secrets and simply pour out their worries.

"From years of observation, they are from a group of people who lose their jobs, loves, life goals or emotional control. About 85 percent of the call-ins are about love and relationship issues," Mengxiao said.

"They become more sincere and straightforward under cover of the night curtain when no one would know them over the phone line."

Some call in for advice, and some just want a good talk or to make a confession. A woman dialed the hotline one night, accusing her husband of cheating on her. In despair and rage, she said she wanted revenge at all cost. 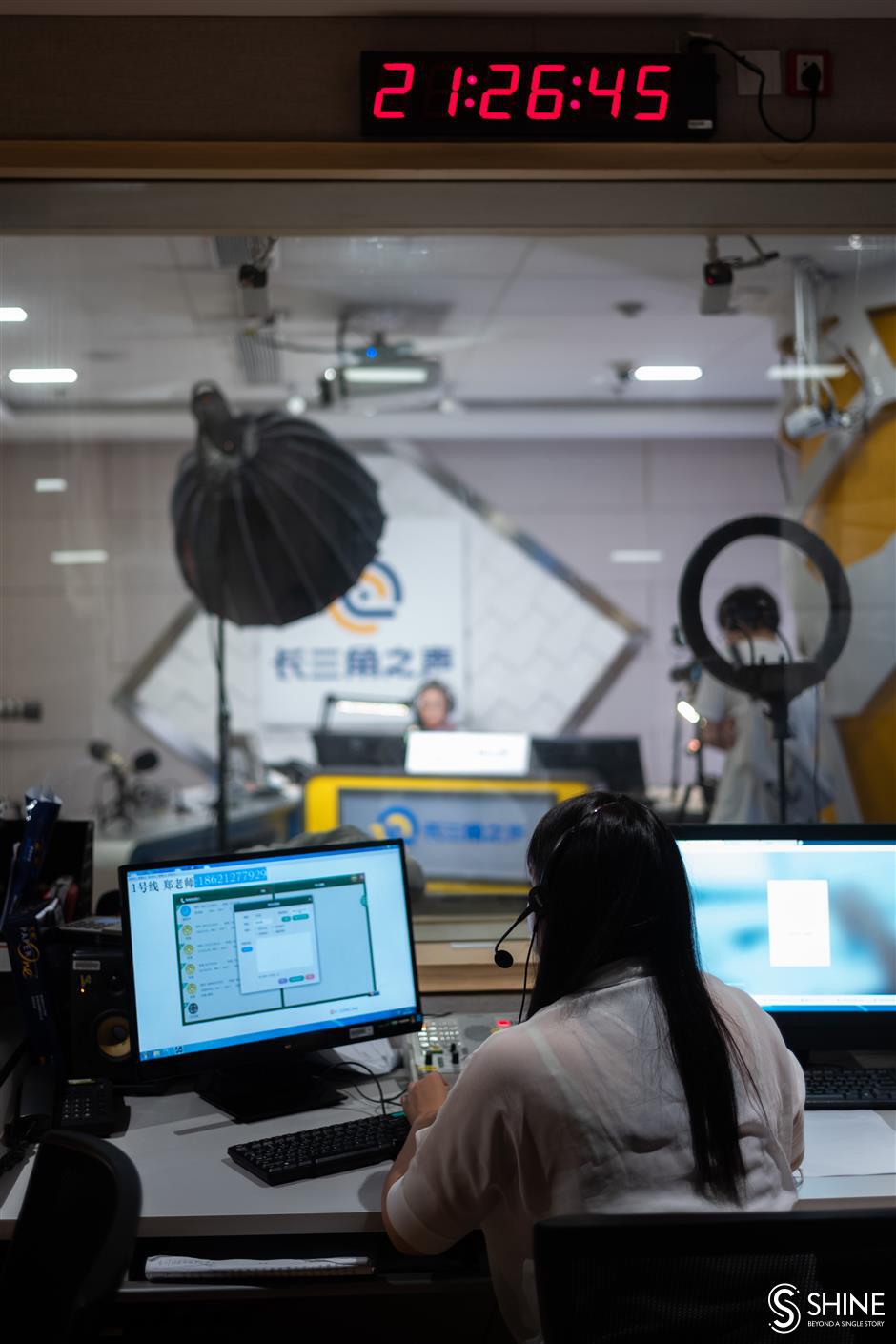 For an hour, Mengxiao tried to figure out the couple's marriage problem. The wife was the family's bread-winner and decision maker, and seldom listened to the husband or showed respect for him.

"She said she hated him and another woman, but I told her she hated them because she wanted to relieve her terrible sense of guilt which she was afraid to face," the radio hostess said.

"But it was human instinct to react to emotional hurt like this, and I wanted to help them get to a place that would help them heal."

Young students call to talk about growing pains – the secret puppy love, academic pressure and awful family relationships. Drug abusers call to admit to their messed-up lives, and people with no courage to live ring in for support and comfort.

"Lucky for me, I've got the talent to forget and self-heal, and can throw those bad feelings away," she said.

Mengxiao studied psychology to better help her listeners, and herself, deal with negative emotions and life's dark sides of confusion, loss and grief. She was one of the country's earliest licensed psychological counselors in the early 2000s.

Over the past three decades, millions of the city's insomniacs have stayed tuned to Mengxiao through many a long night till dawn. Listeners stay, go and grow, and their life troubles change with time. 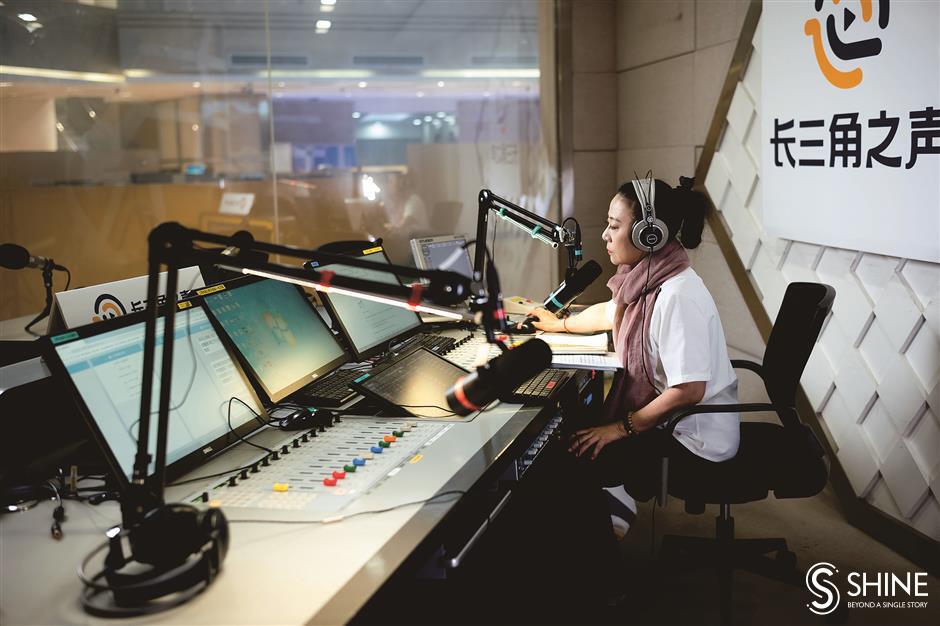 Mengxiao prepares for the late-night program. Her pink scarf is an indispensible outfit for years as the airconditioning is freezing in the studio.

Love issues are an eternal theme, but there have been more worries about work pressure, parent-child relationships and interpersonal communication in recent years.

"No one asked me how to get along with co-workers 30 years ago, but now I've got many such call-ins for help," Mengxiao said.

Women listeners were once the dominant number of callers, more likely to talk and share, but today it's almost a 50-50 split between men and women who call in every night.

"Because of our culture, Chinese men are told from boyhood not to shed tears easily, and they seldom unload themselves, keeping all their negative feelings inside. I'm glad more men pick up the phone today to open their hearts wide and lay bare their thoughts. It's a good change."

When Mengxiao is dispensing her support, with patience, she is also absorbing trust and gratitude. Students call with joy to tell her, as agreed in a previous call, they passed the National College Entrance Examination. Lovelorn people send their wedding candies and eggs to thank her for the comfort and straight talk when they were gloomy in love.

In the wee hours, Mengxiao finishes her work and steps out of the building. It's been her routine to get a quick bite at a 24-hour convenience store or a street snack stand before driving home. 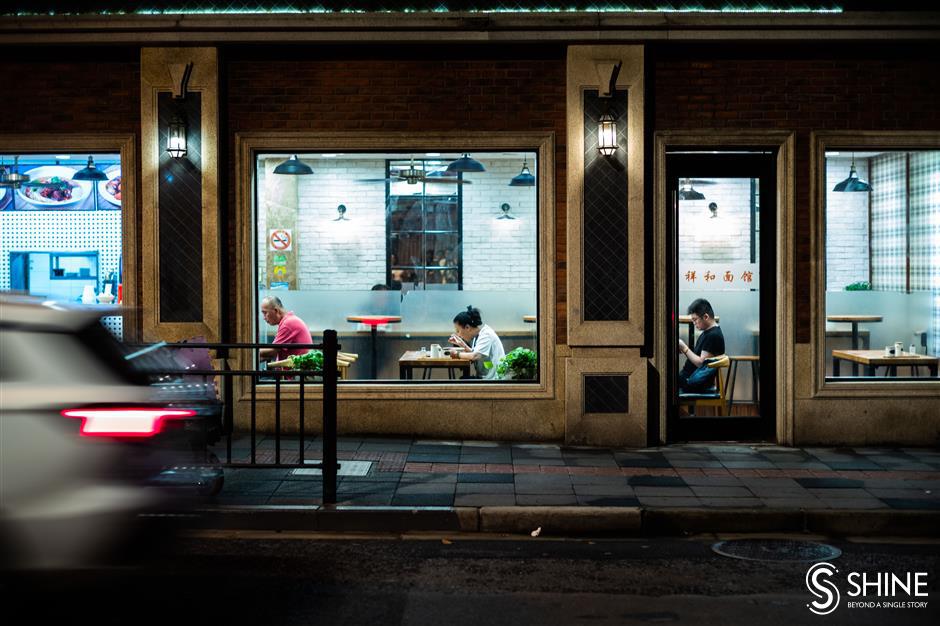 She usually patronizes a shabby food stand run by a middle-aged couple. It opens late at night and stays busy till early in the morning, selling fast snacks to hungry night owls. "The owners are talkative and happy. They always smile and never complain," she said.

One night, the husband was dozing off in his chair after buying food from a wholesaler, and the wife was busy cooking noodles. "Why doesn't he have a good sleep at home?" Mengxiao asked the woman. "He doesn't listen! He insists on staying with me," she replied, seemingly angry.

At that moment, the radio hostess said, she caught the image of true love. "They cherished each other so dearly," she recalled. "They were not rich, but they were happier than most of us."

Sometimes after work she sits in a convenience store, polishing off a bowl of instant soup. She likes these small-size but well-stocked shops, running a sleepless 24-7 with bright lights in the dark night.

"They provide people with warmth and decency so they can recharge at anytime of the day, like a stopover point or a temporary home. It's the same with the spirit of Shanghai, which gives hard workers dignity and a sense of belonging in the city."