A new era of guochao has arrived. Guochao is a term for the trend that Chinese, especially China's younger generation, embrace domestic brands and products that often incorporate Chinese traditional culture and style.

Reflecting the changing preferences and habits of Chinese consumers, it has become one of the keywords in Chinese business circles in recent years.

According to the "2021 Guochao Search Big Data Report" jointly released by Baidu and People's Daily Online, people's attention to guochao online has increased by more than five times in the past decade.

With the rise of guochao, a number of legacy Chinese brands have been given a second life. A recent case is local beer brand Reeb, which is beer spelled backward. The forgotten brand, which was once described as the "most popular beer in Shanghai," returned to people's attention in its birthplace this year.

Introduced in 1987, Reeb was the earliest Sino-foreign joint venture in the beer industry. It was once jointly owned by Shanghai Yiming Beer Factory and Asia Pacific Brewery Group.

The arrival of foreign beer, such as Suntory and Budweiser, at the beginning of the 21st century in the local market was a huge blow to Reeb, and the company almost met its demise in the early 2010s. It gradually decreased production a decade ago and went out of business in 2016. Although the beer disappeared, its factory in Minhang District's Meiling Town remains.

In May, the brand made a huge comeback with the opening of a restaurant serving the craft beer, and the transformation of the factory into a creative industry park.

"The first taste of beer in my life was Reeb," said Qu Bingyi, who was born in 1990 and serves as director of the business planning department at Reeb. "My father always asked me to lingkao (foods sold by weight) the beer at the store located at the entrance of our lane at the end of the 1990s. It was also sold in bottles, and if you returned the glass bottle, you would get a 0.50 yuan (8 US cents) refund." The silos, standing tall in the Reeb creative park, are used to store malt.

For many locals, Reeb is beyond a beer brand; it brings back a generation of memories.

Its touching television commercial from 20 years ago still resonates with many people. It told a story of a native architectural engineer who grew up in a local shikumen (stone-gate) neighborhood. Taking a lift at the construction site, he is the epitome of hardworking people in the city witnessing the rise of skyscrapers and the rapid development of Shanghai.

With the theme "Reasons to Love Shanghai," the household song won universal praise with the lyrics:

"I grew up in Shanghai, and the beer reminds me of my first toast and the first time I fell in love... The good days and the good times. I'm in Shanghai and so is Reeb."

Yao Ming once said he always listened to the song when he missed home while playing for the NBA's Houston Rockets in the United States.

Endowed with the city's hardworking spirit, the brand became a calling card for Shanghai. 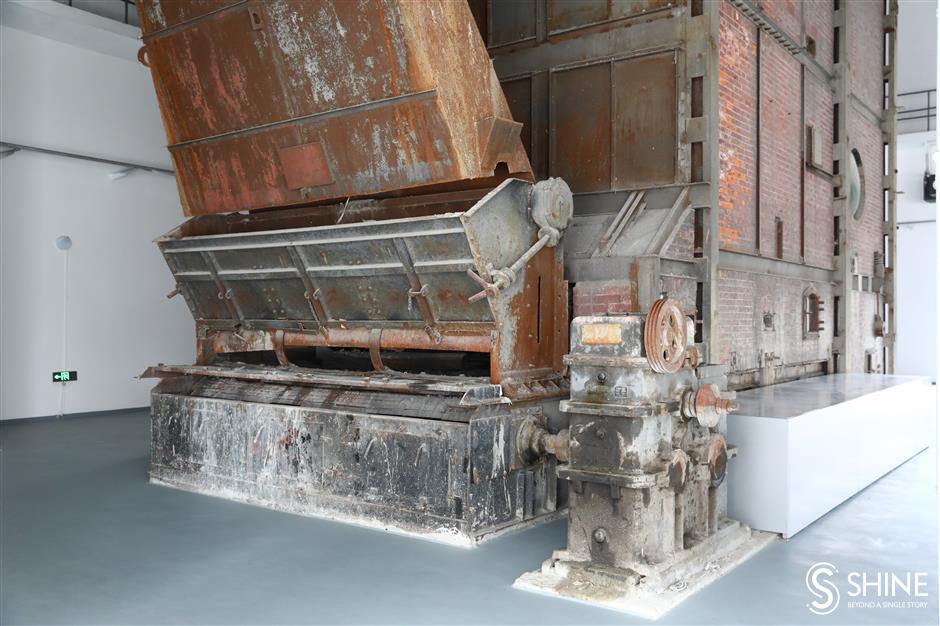 The red-brick boiler is preserved as a reminder of the factory's early days.

"The beer carries my childhood memories," said Qu. "It might be hard to remember the taste of Reeb, but the scenes of drinking the beer often leap before our eyes."

True to its words, the chief brewer Luo Xinyuan, a Shanghai native born in 1984, said he sometimes drank Reeb while chatting with his university roommates in their dormitory. The beer reminds him of many moments in life, both joyful and painful.

Luo has been brewing beer since 2016, and has served as the chief brewer at Reeb since last year. Based on the beer recipe voluntarily given by the previous Reeb brewer who is in his 60s, Luo spent half a year restoring Reeb's original flavor.

"Like many other natives, I have special feelings for Reeb," said Luo. "As a Shanghainese, I am proud of working for the brand, but I also feel pressure as I must not mess it up. The widely known brand is the result of efforts made by a generation for decades."

Named "Reeb 1987 Classic Lager," the restored beer tastes clean, simple and subtle, according to Luo. He's also made some improvements, removing rice from the recipe and using only imported malt. Its alcohol volume is 4.8 percent.

Various types of craft beer are available at the restaurant, which is named "Reeb 1987." With its industrial interior design style, the restaurant has many old items on display, such as a water filter and steam separator. It is also equipped with an entire set of brewing equipment. When the brewing begins, the smell of malt soon permeates the restaurant.

Each type of craft beer has a unique name, associated with landmarks near the restaurant, such as the Ferris wheel in nearby Jinjiang Amusement Park, as well as remnants of the old Reeb factory, including the 40-meter-high chimney, a large red boiler and 10 silos that have been transformed into offices and a museum. 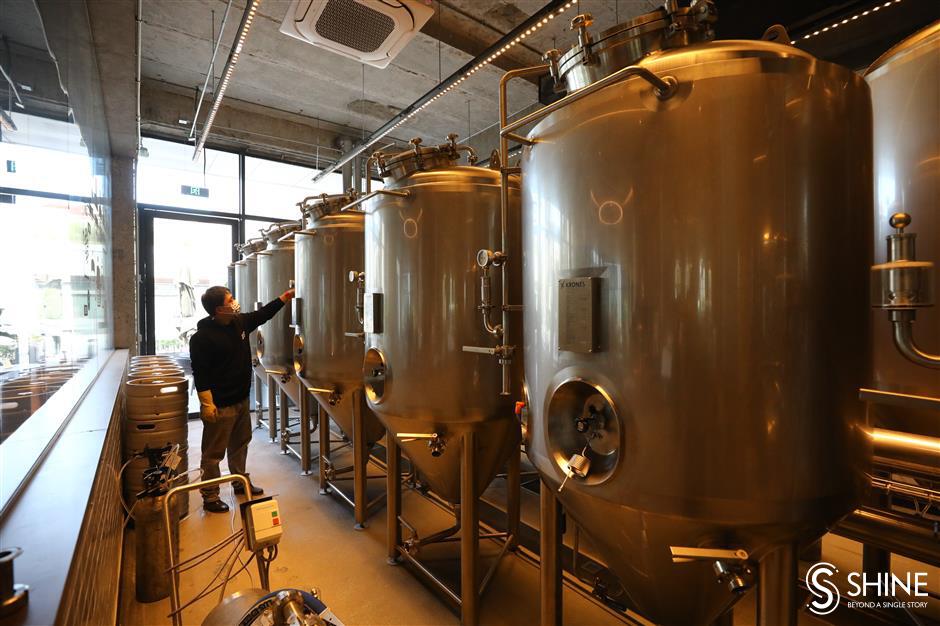 Beyond a beer brand, Reeb has become the name of a creative industry park.

"When we were working on the renovation project, we adhered to the principle that open borders to nearby residents allow them to have chances to connect with the place," said Gao Hailong, manager of the commercial operations at Reeb. "It is a residential area. However, there are few public spaces nearby. We want to fill in the gap."

As a new Shanghai resident, Gao said he became familiar with Reeb just three years ago, but has been touched by the hardworking spirit embedded in the brand.