The lifeblood of sausages, hotpots and soups

The Chinese idiom “devour raw meat and fowl” describes how primitive man ate before he learned to cook with fire. He drank raw blood.

Nowadays, of course, that menu is much more refined but the basic elements haven’t changed. Blood has become part of fine cuisine in many parts of the world, including China.

When the fresh blood is gathered during the slaughter of livestock and poultry, it is commonly solidified for further use in cooking.

Blood tofu, also called “blood curd,” is commonly made from the blood of duck and pig. Sometimes chicken and goat blood is used.

Duck blood tofu is regarded as the cleanest and most nutritious. It is also more expensive than pork blood tofu, and consumers have to be on guard against unscrupulous peddlers who switch one for the other.

To spur coagulation, salt is added to fresh blood, which is then set aside for 30 minutes before the container is placed in warm water at a temperature of about 75 degrees Celsius.

Duck blood and vermicelli soup is a popular street food. The dish originated in the city of Nanjing, but it is now enjoyed across China. Soup shops selling this delicacy are easy to find here in Shanghai.

The soup has a broth made of duck bones. The offal of the duck, including the liver, intestines, heart and gizzard, are scalded in boiling water before being braised in a spicy stock for additional flavor.

This dish, which is said to provide instant energy, is popular for breakfast and dinner. 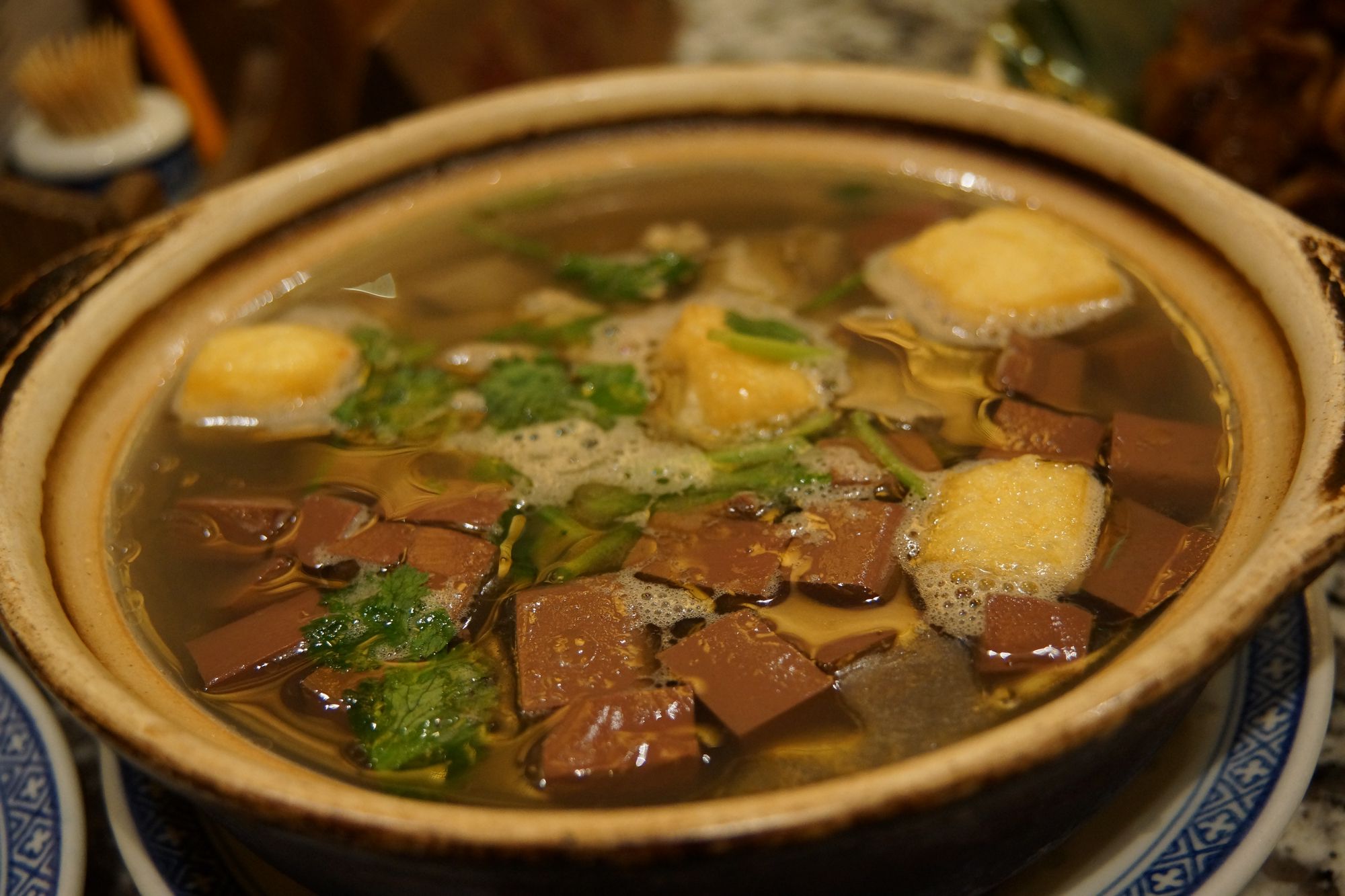 In Sichuan cuisine, duck blood tofu is used to make a classic dish called maoxuewang, or Chongqing-style duck blood and tripe soup. It comes in a spicy broth of added Sichuan peppercorns and chili peppers.

This dish is very hearty and a prime example of Chongqing cooking. It is accompanied by bowls of steamed rice.

In Shanghai, maoxuewang can be found in restaurants specializing in Sichuan and Chongqing cuisine.

Blood tofu generally has no strong taste or smell. Its silky texture absorbs other flavors, making it ideal to use in spicy hotpots.

áO house, a popular Taiwanese hotpot restaurant on Fumin Road, is known for its spicy duck blood and tofu soup. 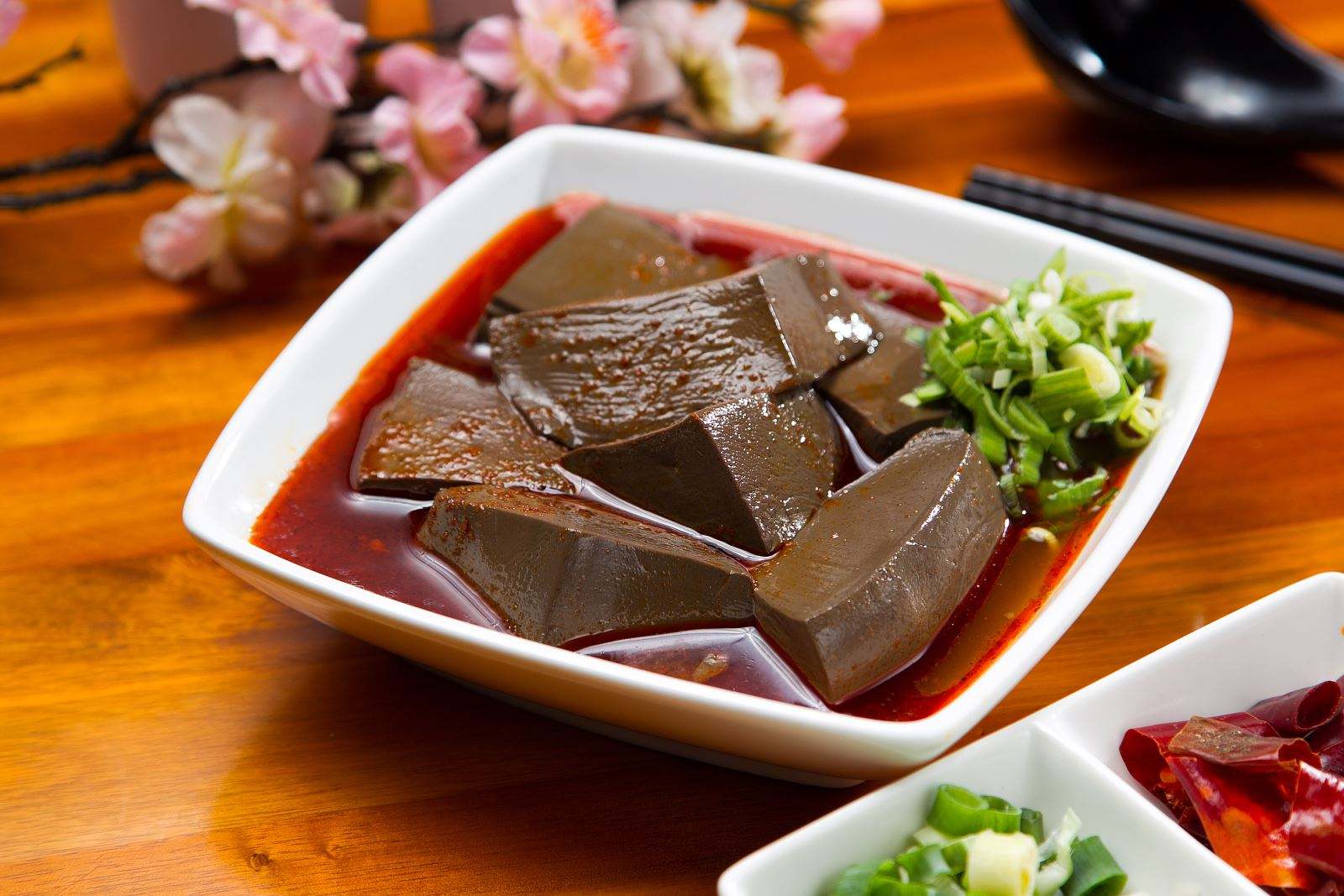 Blood is often used in making sausage in China. Some recipes use only blood, while others mix in meat and glutinous rice.

In the northeastern provinces, blood sausage made from fresh pork blood stuffed into pork-intestine casings is a traditional delicacy. The pork blood is seasoned with salt, cilantro, Sichuan peppercorns and white pepper. The filled casings are boiled and then cooled for eating.

In northern China, sausages are also made from goat blood. Heavy flavorings reduce the strong taste and smell. 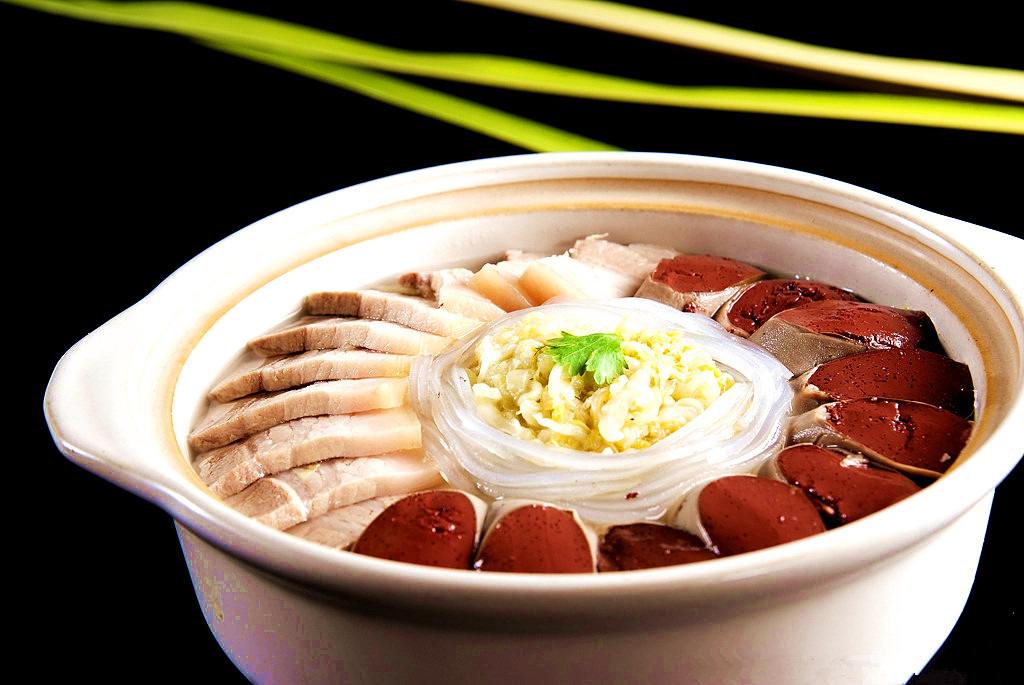 In southern China, the popular blood sausage is made by mixing fresh pork blood and various spices with glutinous rice.

The mixture is then stuffed into casings of pork intestines and steamed to cook thoroughly. The finished sausages are often cut into slices that are pan-fried until they turn glossy on the surface.

Pig blood cake is a popular Taiwanese snack made of pork blood and glutinous rice.

It’s basically a blood sausage minus the casing. It is often sold on a stick in night market stalls.

Pig blood cake can be fried or steamed, then rolled in peanut flour to serve. 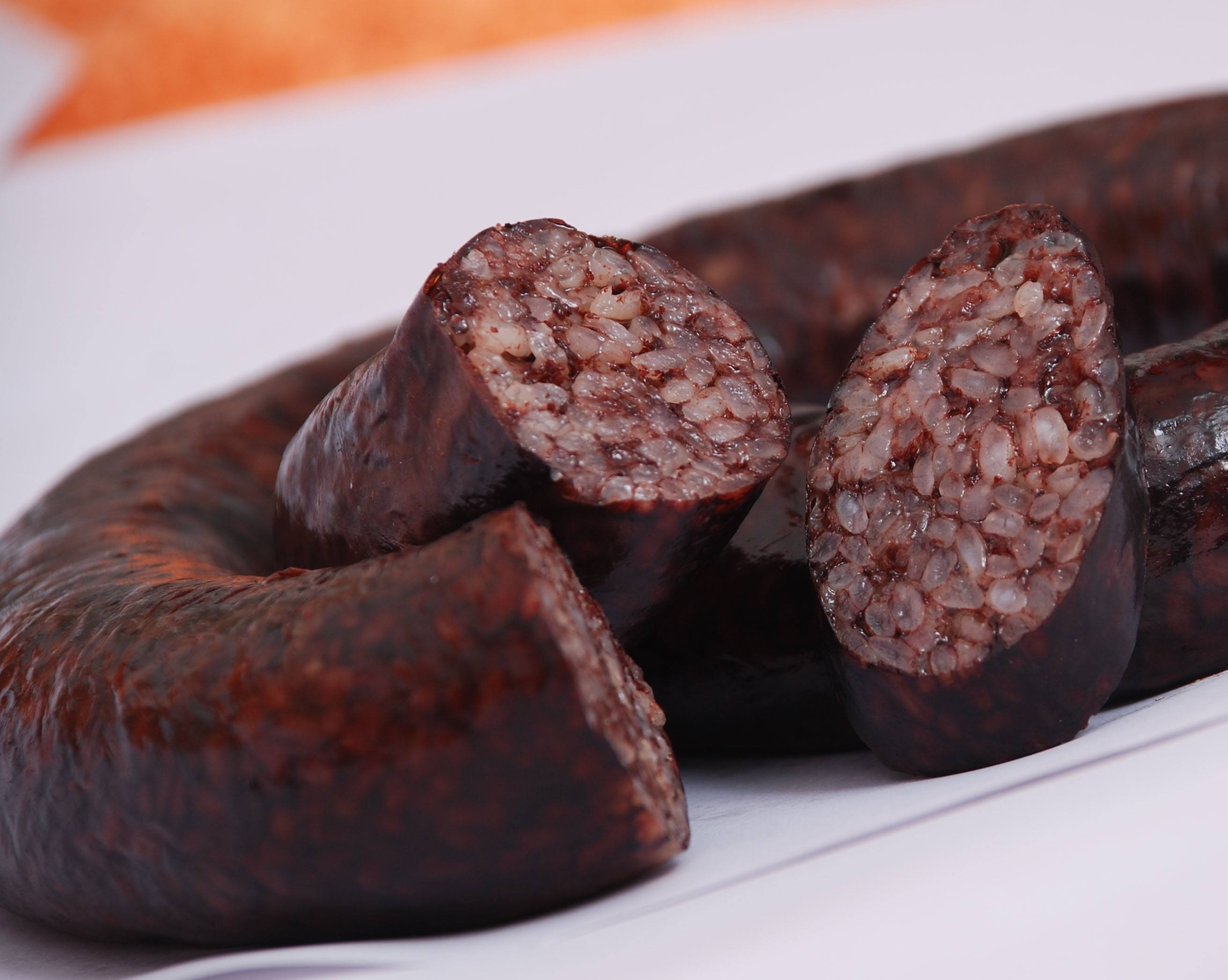 Blood dishes across the world

Britain: Black pudding is one of the most famous blood delicacies worldwide. This blend of pork fat, pork blood, onions, oatmeal and flavorings is considered a breakfast favorite in Britain, where it is grilled or lightly fried.

prepared for carnival festivals. It’s made by mixing pork blood with chocolate, milk, pine nuts, raisins and sugar. The taste is sweet, salty and slightly metallic.

Nordic: A blood pancake made of whipped blood and other ingredients called blodpl?ttar is served in Nordic countries.

Poland: In Polish cuisine, czernina is a traditional duck blood soup that blends fresh blood with poultry broth. The dish is served with staples like noodles, boiled potatoes and dumplings.

Korea: Seonjiguk is made with coagulated blood and sundaeguk, a blood sausage that stuffs pork blood and various ingredients into cow or pork intestines. This soup is believed to be effective antidote for hangovers. 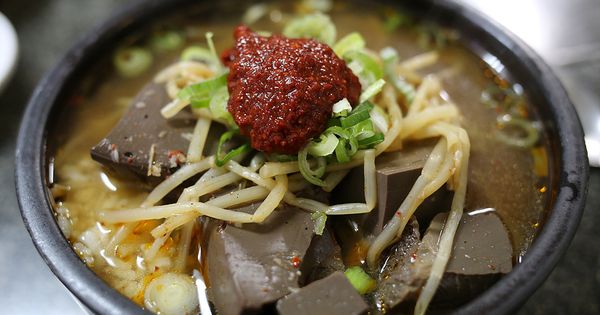 Special Reports
﻿
Cherries blossom in a glass of Sangiovese
Time to make the most of mussels
Marrakech, an exotic spice of culinary life
Hand mixers boom hits the nation
Serving up an authentic taste of Singapore
So you think you know noodles?
Michelin stars for restaurant's Taizhou cuisine focus
Restaurants find ways to adapt to outbreak
Snacks will keep your guests happy
The Cut Meatery calls out to local carnivores
EXPLORE SHINE