Home cuisines to balance the yin and yang

As the mercury soars it reduces the appetite because the inner heat breaks the balance of yin and yang energy.

TCM therapy helps in restoring the balance between yin and yang, renews energy and restores the positive feeling of well-being.Below are some common home dishes that help in lowering the inner heat and restore the drained energy without the need of taking pills or bitter herbs.

The scorching weather makes people vulnerable to illnesses and makes them irritable since it is difficult for the human body to eliminate the inner heat.

At the same time, pathogenic heat invades the human body and causes energy disorders, which in turn leads to discomfort, poor appetite and indigestion.

White gourd and pork rib soup is a very typical soup served in summer among local households, and a standard summer soup for family meals. The melon dispels heat, and the pork ribs add flavor and protein.

White gourd is a popular summer food in Hangzhou. It is a mildly “cold” food in traditional Chinese medicine and helps in increasing the metabolism, reduce internal heat and expel inner toxin.

According to historical documents, when there were no air conditioners in ancient times, people hugged a winter melon while sleeping that reportedly helped in cooling down body temperature.When people suffer from sunburn or heat rash, washing the face and body with soft white gourd flesh can help in reducing pain and itchiness quickly.

The recipe is easy. Boil the pork ribs until they are cooked and then add sliced white gourd, simmer them till the melon turns semi-transparent and pork becomes tender. At last, scatter some minced scallion. 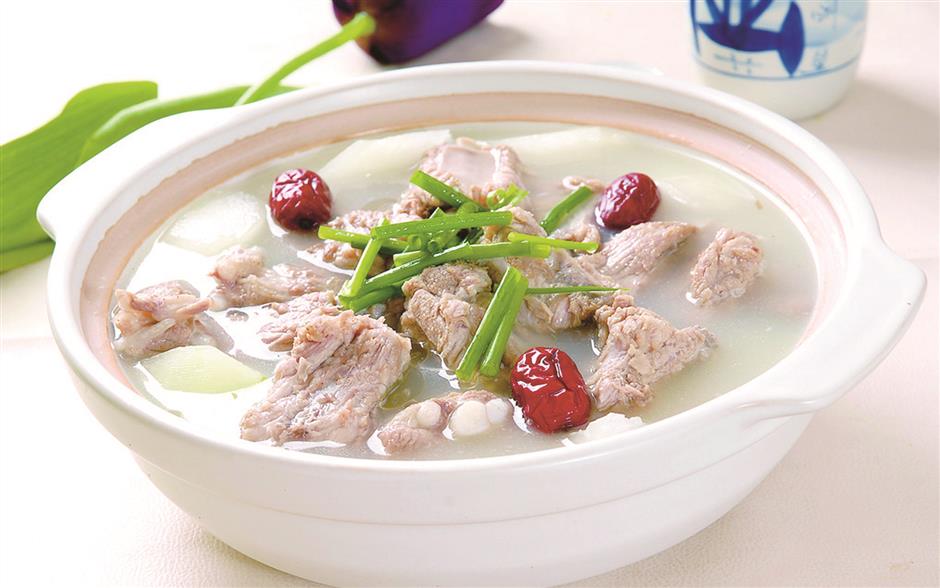 It is a recipe that has helped the Chinese fight summer fatigue for hundreds of years.In modern times, the chilled version is more popular among people. As a traditional dessert, it is great for increasing saliva and improving appetite.

It is also a great weight-loss therapy that helps dispel pathogenic heat and dampness, nourishes lungs, dissolves phlegm, and increases the metabolism and absorb vitamins, which in turn serve to relieve fatigue.The fermented glutinous rice produces a sweet and sour taste.

People can adjust the proportion of rice and wine to create different tastes — an aromatic rice dessert that tastes like a mild wine or a wine-like beverage with the scent of rice.In Hangzhou, locals sprinkle a pitch of dried osmanthus flowers to add some aromatic flavor.

Sometimes, they replace the flower with goji berries to make it more nutritious.Today, the simplest way is to buy packaged version in supermarket. However, still many farmers adhere to make this centuries-old dessert according to the traditional recipe. 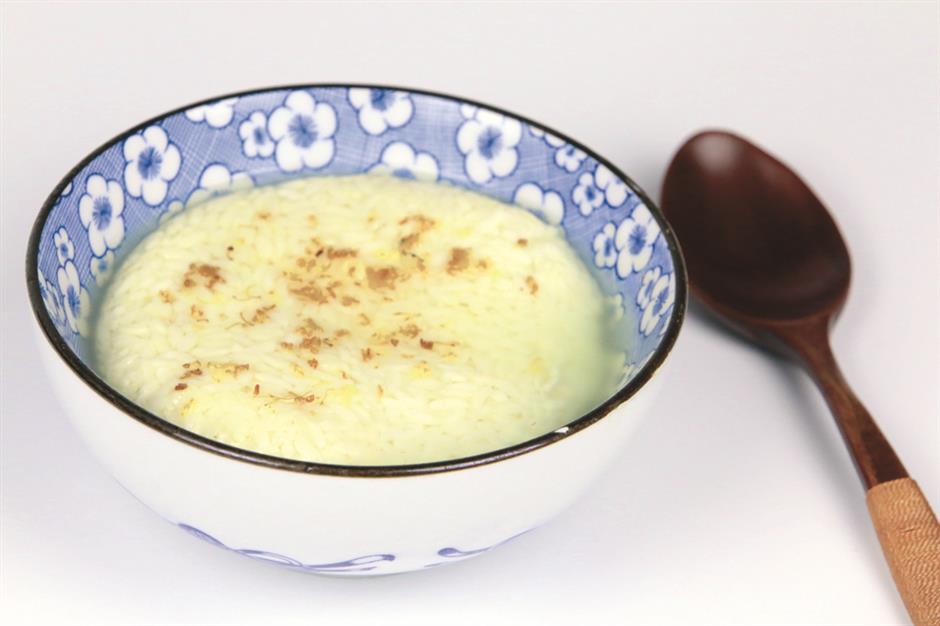 Locals cannot live without a bowl of chilled mung bean soup. These small green beans can eliminate inner heat and toxic because of its antioxidant property.

The best utensil to boil the beans is a ceramic pot. Ordinary iron vessel can cause a chemical reaction and lose the antioxidant because of flavonoid.

The cooking method is easy. Wash the beans and dip them in cold water for one to two hours, and then cook them until they boil. After 20 minutes to half an hour, turn off the fire and wait for the soup to cool down. As mung beans contain polyphenols that oxidize easily, so put a lid on the pot during cooking.

If you don’t like to spend a lot of time in a hot kitchen, there is an easier way.Find an electric stewpot, put washed beans, rock sugar, and pour water into it. Wait three hours, and you will get fully cooked sweet soup.

The best ingredients to go with mung beans are lotus seeds. Hangzhou is ablaze with undulating lotus flowers in summer. When flowers wither, farmers begin to pick seeds, which contain properties to nourish spleen and help in sleeping.

The soup is tasty and it has some aromatic flavor due to lotus seeds. Housewives do not discard the beans.On the contrary, they cook congee with rice or oats, which is also recommended during summertime after being refrigerated for hours. 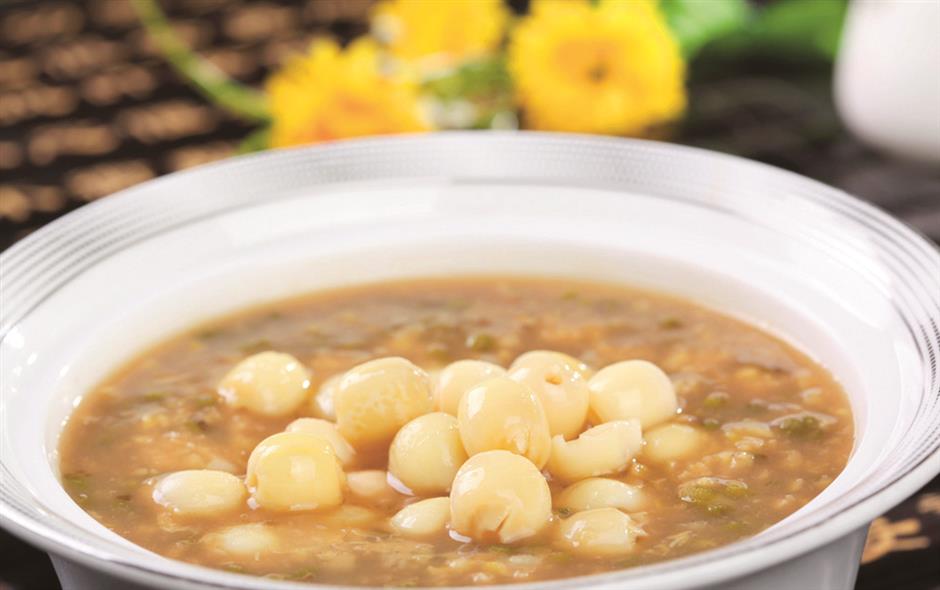 Special Reports
ADVERTISEMENT
61761
,
Time to make the most of mussels
Marrakech, an exotic spice of culinary life
Hand mixers boom hits the nation
Serving up an authentic taste of Singapore
So you think you know noodles?
Michelin stars for restaurant's Taizhou cuisine focus
Restaurants find ways to adapt to outbreak
Snacks will keep your guests happy
The Cut Meatery calls out to local carnivores
French fusion with Shanghainese flavors
EXPLORE SHINE